First you’re going to have a peek at a lineup of devices. Here’s where you’ll really get an idea of which device gives you the potential for brightest experience. Clearly the LG G5 is not the brightest – nor is the HTC 10.

Once we start getting in to the Huawei devices with the P9 and the Nexus 6P, brightness ensues.

NOTE: All devices in this article have been photographed with their displays on full brightness.

The OnePlus 3 has the ability to adjust its own color temperature – or at least fake it very well (as you’ll see in our full review, part I. The Galaxy S7 and the HTC 10 also have their own color temperature and brightness scenes available in standard settings. We clearly no longer have a problem with adjusting our displays for whatever environment we’re in… 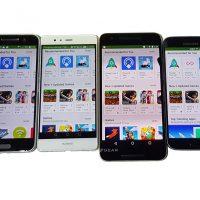 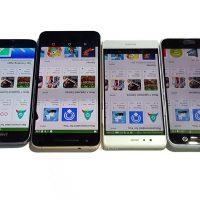 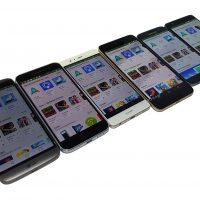 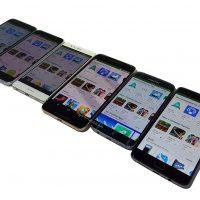 Save outdoors. Bright lights. This is where we want the brightest display possible. Lucky you, OLED and AMOLED display lovers, the brightest devices are the Galaxy S7 and the OnePlus 3.

SEE THIS: our full OnePlus 3 Review

The OnePlus 3 and Galaxy S7 have displays that are very, very similar in brightness and color intensity.

As such, the Galaxy S7 is sharper (577 pixels per inch VS 401 pixels per inch) – though unless you get VERY close to either display, it’ll be difficult to really see major differences. 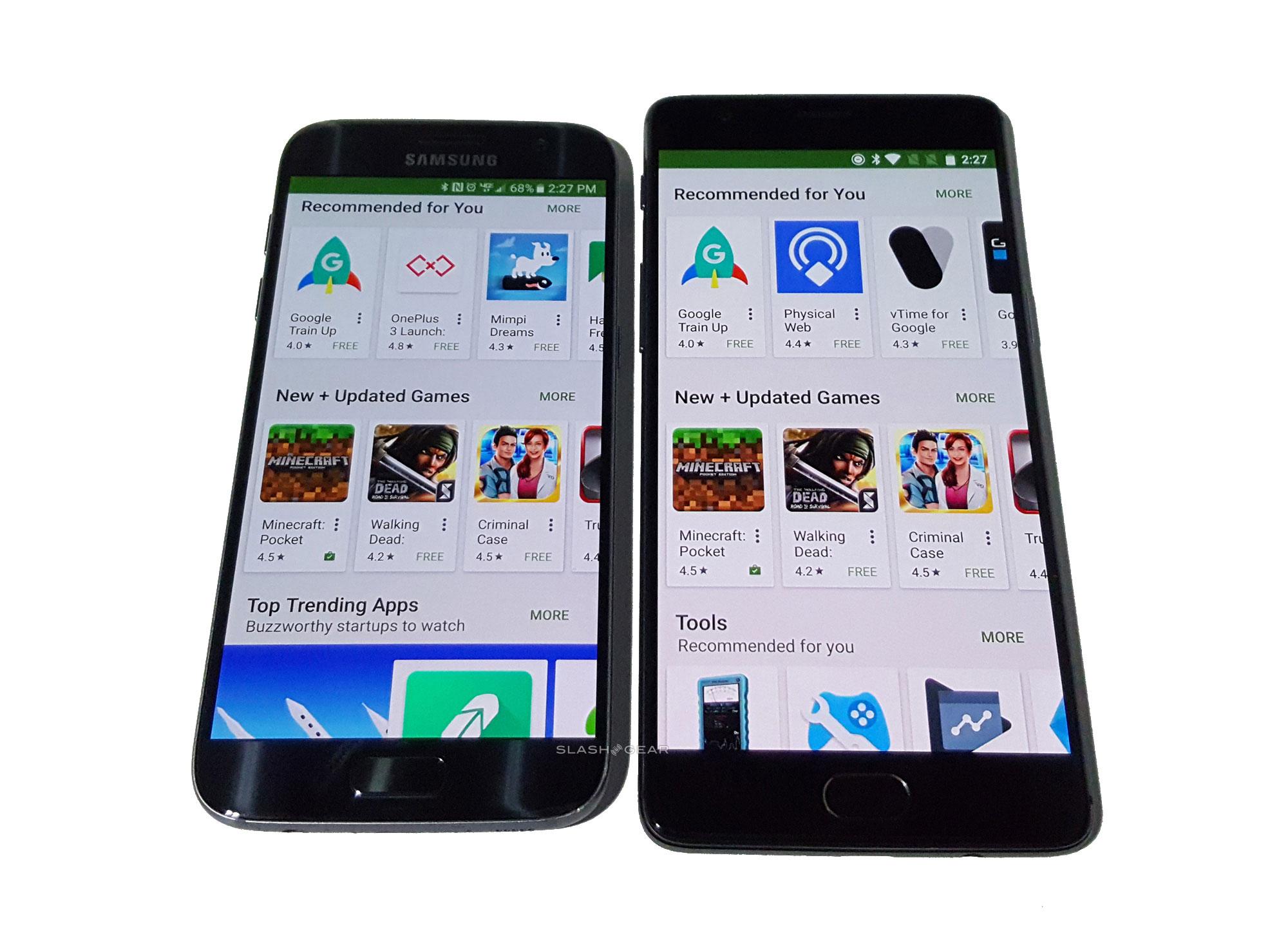 Unless you’re using a VR headset. Both OnePlus and Samsung have their own headsets made for their own devices – and given a combination of additional elements in the Samsung GearVR to make a more impressive experience and the sharper display on the phone, the OnePlus 3 really doesn’t stand much of a chance. 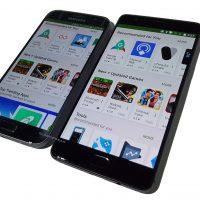 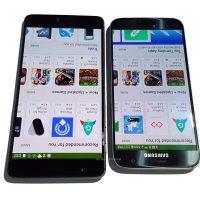 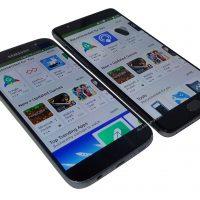 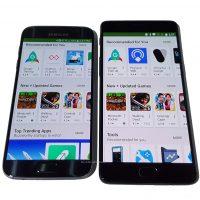 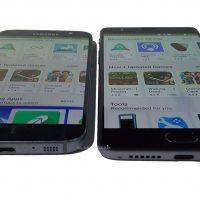 Without VR, your everyday experience is going to be largely the same on any of these devices, really. Unless – again – you’re in direct sunlight, in which case you’ll want the brighter end of the spectrum.

Also note here that the OnePlus 3 has the ability to be brighter and more brilliant than the iPhone 6s. 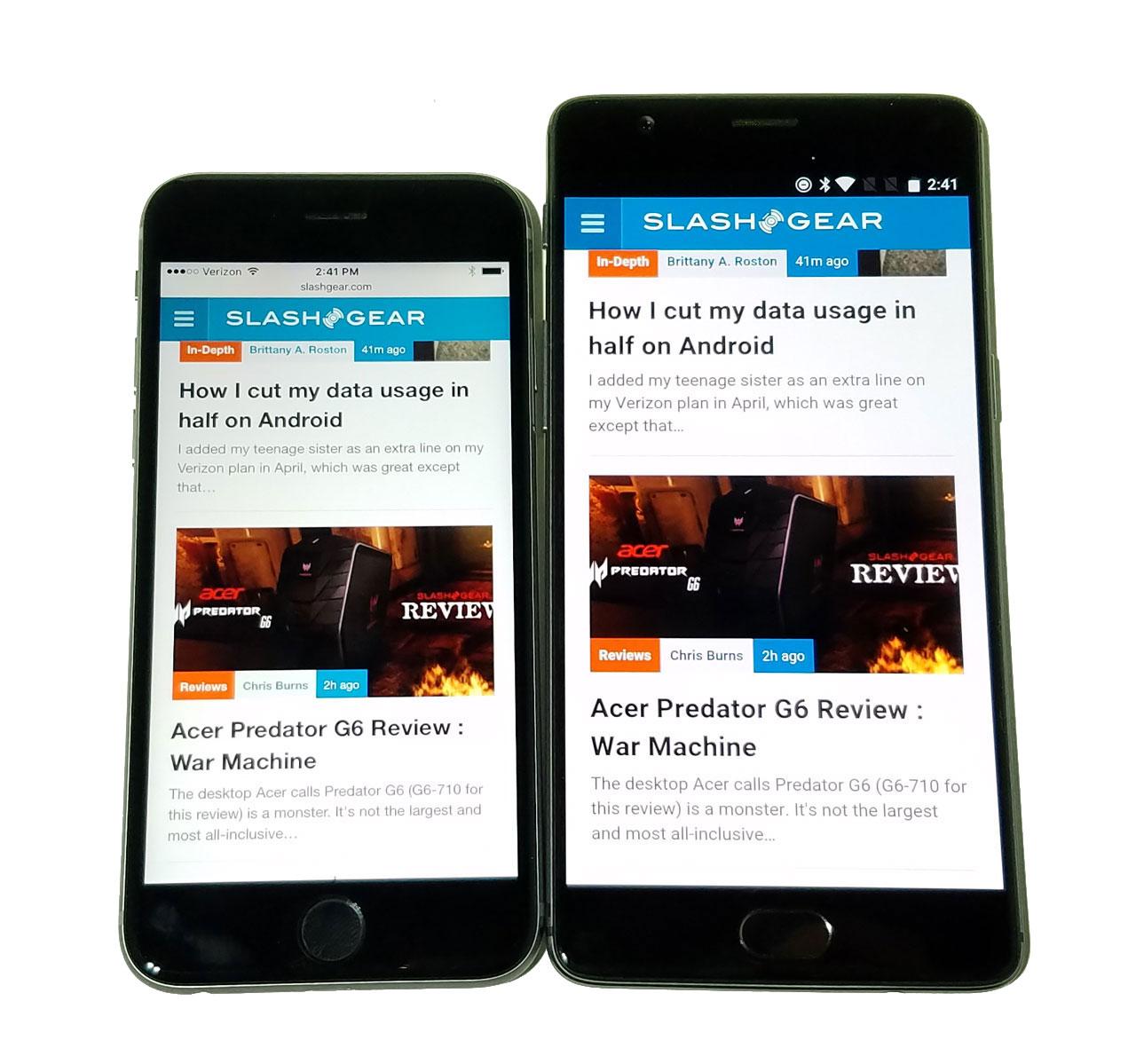 Real-world usage difference is very small, up close and personal comparisons show the OnePlus 3 to be top dog. 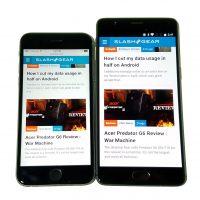 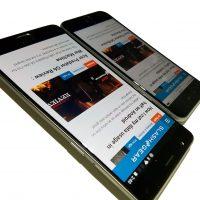 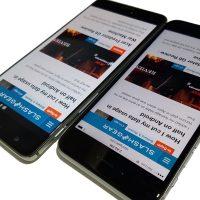 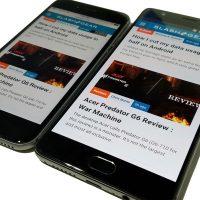 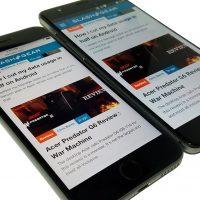 Have a peek at our full OnePlus 3 Review via the link above or drop down into the timeline below for more information on OnePlus and their future. We’ve got a Samsung Galaxy S7 Review too, for those of you that’ve found yourself on the fence. Or have a peek at our iPhone 6s Review if you never intended to buy an Android device in the first place.