Think of this as a potential change-over from the ever-growing world of gaming notebooks. While this doesn’t make a whole lot of sense given NVIDIA’s recent big push for notebook-based Graphics Processor power, a leak of an HP notebook running Android with a mobile processor from NVIDIA – Tegra, that is – has us thinking.

If you’re aware of NVIDIA’s most recent efforts with their handheld device SHIELD, you know that cloud gaming is on the rise. You can use this device to stream games from your home computer anywhere that you’ve got an internet connection. Now imagine that same ability on a notebook.

Anywhere you go, you can access the games you’ve got on your massively-powerful gaming tower, in the form factor of a tiny notebook. One in black and yellow, to boot. 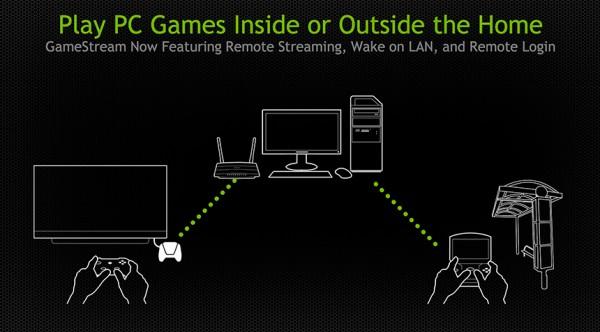 We’ve reached out to NVIDIA to see how possible it would be to push GameStream to Tegra devices other that NVIDIA SHIELD – we’ll see how that goes soon. Meanwhile we’ll continue getting pumped up for the larger display delivered with this HP leaked notebook and the NVIDIA TegraZone – and games like Portal for Android. Sooner than later!