It would appear that we’ll still be getting the full run-down on the NVIDIA GeForce GTX 780 Ti piecemeal as the company’s push today includes no more than a price and release date. Readied for the 7th of November, this graphics card is set to out-do the current high-performing GeForce GTX 780 in price. This should follow with the normal “Ti” boosts in performance, suggesting we’ll be seeing a card that’s much closer to the performance of the highest-end NVIDIA GeForce GTX Titan.

Using high-end noise cuts inside, this card will be ready for the finest – near-finest, if you’re counting Titan – entertainment and gaming experience on the market. The NVIDIA GeForce GTX 780 Ti was introduced briefly at the Montreal-based NVIDIA The Way It’s Meant to Be Played event – aka Editor’s Day – earlier this month. There too very few details were shared. 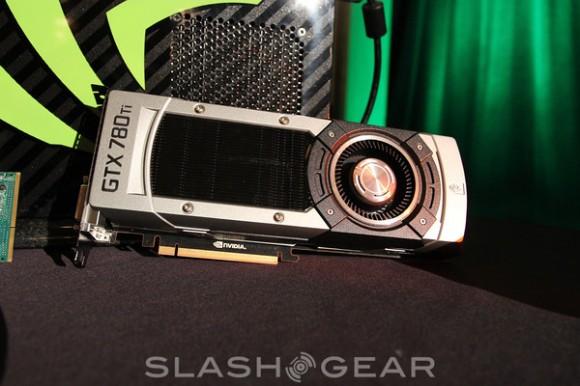 This card will be priced at a suggested e-tail price of $699 USD. This pricing changes the structure of the rest of the higher-end NVIDIA graphics cards on the market as well, pushing the GTX 780 to $499 while the GTX 770 hits $329 USD. The newest in Holiday Bundle action is also featuring this graphics card, with the 780 Ti, the 780, and the 770 all working in the top tier promotion.