Nokia is readying the first Windows Phone to be truly worthy of PureView branding, currently codenamed EOS, new whispers suggest, with the 2013 handset expected to drop on AT&T later in the year. The Nokia EOS – the project name of which may well be a nod to Canon’s DSLR range – will pack a “similar sensor” to that of the 41-megapixel Nokia 808 PureView, according to The Verge‘s sources, as well as a new industrial design.

Exactly what’s meant by a “similar sensor” to that of the 808 PureView is unclear at this stage. Nokia’s first PureView handset introduced an incredibly pixel-dense CMOS, though the chip was still oversized in comparison to the usual smartphone camera fare. That made the 808 a hefty handset, though allowed Nokia to do clever software tricks combining data from clusters of nearby pixels to create 5-megapixel-equivalent shots with considerably more detail than what might normally be produced from a phone. 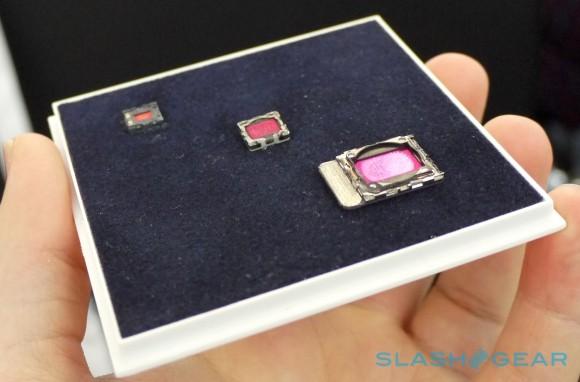 One possibility is that Nokia could be more conservative in its oversampling, combining data from fewer clustered pixels and thus allowing for a smaller sensor overall. That would maintain the ethos of PureView technology, without contributing too heavily to bulk. Alternatively, Nokia could have developed a smaller version of its 41-megapixel sensor, which would help reduce the bulk of the EOS.

The Nokia EOS won’t be the first Windows Phone to bear the PureView branding – that would be the Lumia 920, which we reviewed last year – but it would arguably be the first to properly stick to how PureView was originally billed. The Lumia 920 used a relatively standard camera sensor, but mounted it in a special “elastic” framework which helped reduce camera-shake and allowed for longer exposures without blur.

Also rumored to be in Nokia’s pipeline for 2013 is the “Catwalk,” a Lumia 920 replacement that would also have an aluminum chassis. That new material will supposedly allow for a smaller, lighter device, addressing criticisms that the 920 was too heavy in comparison to rival devices.

Finally, there’s also believed to be a Windows RT tablet in Nokia’s future, with the speculated slate supposedly coming with a Surface-style keyboard cover. The 10-inch tablet could be revealed as soon as February, insiders claim, potentially at Mobile World Congress in Barcelona.