Google may make a profit on every Moto G it sells, but it’s likely swallowing a considerably smaller margin on the budget Motorola than rivals would stomach, according to a new teardown analysis. The 16GB Moto G, which Motorola sells unlocked and SIM-free for $199, costs Google $123 in components alone, research firm TechInsights tells the WSJ, with a total likely operating profit margin perhaps a quarter of what other manufacturers would expect from a similarly-positioned Android phone.

Taking into account manufacturing charges and other costs, TechInsights suggests, Motorola takes away around 5-percent in operating profit on each Moto G sold. In contrast, the company says, Samsung might expect to make around 20-percent operating profit on a mid-tier device, like the Galaxy S3 Mini for instance.

The margins on higher-tier devices are even greater, the company points out, with a Samsung Galaxy S4 netting the Korean company an estimated 28-percent margin.

Google’s strategy with Motorola and the Moto G has been somewhat akin to its Nexus approach, though unlike the LG-made Nexus 5 neither the Moto G nor the Moto X run stock Android. Motorola won’t say exactly how much it makes on each phone it sells, with a spokesperson only reiterating that “we make money on every device sold.” 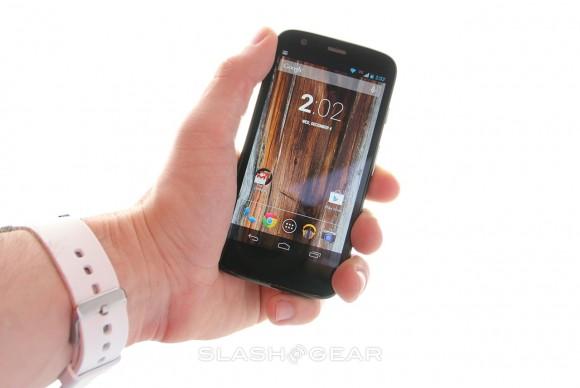 Motorola pitched the Moto G at markets outside of the US, at least initially, and particularly for developing markets where the absence of LTE support would not be so conspicuous. However, unexpectedly strong demand from North American consumers led to preorders opening in the US and Canada after just a few days.

Aggressive pricing has given Motorola quite the hectic week, with overwhelming demand for a Cyber Monday promotion forcing the company to restage the deal later in the week. Even then, the firm ran through its allotment of lower-priced Moto X handsets in a matter of minutes.