Google’s Android Wear may not be about any one smartwatch, but it’s clear that Motorola’s Moto 360 with its circular face and classical wristwatch styling has become the early poster child of the project. SlashGear caught up with an excited Lior Ron, corporate vice president of product management at Motorola and one of the driving forces behind the Moto 360, to find out why designing the unexpected is in Motorola’s DNA, how the smartwatch borrows from the Moto X, and why he thinks the company will have the edge over other Android Wear partners like HTC, LG, Samsung, and ASUS.

“It’s been a long time, we’ve been working on this for a long time,” Ron laughs, “refining it.” In his official blog post introducing the Moto 360, he described the big reveal as the culmination of two years of development. 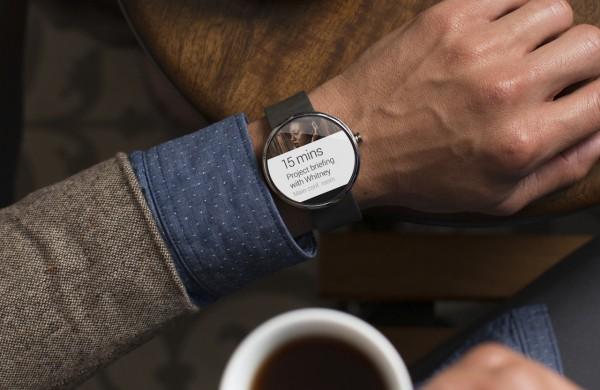 “In Motorola, even before Google, we had a rich tradition in working with wearables” he points out, name-checking the MOTOACTV fitness band among others. “Just generally, that vision of simplifying life for the user, having technology fade into the background. Allowing you to do the things you want to do in the simplest way is something we’ve been working on for a while.”

Confused on Android Wear? Our 101 will bring you up to speed

That approach showed itself most prominently in the Moto X, Motorola’s flagship phone of 2013, and which went no small way in demonstrating that clever thinking and software refinement could be just as important as opting for the very latest, fastest hardware. Where rival Android phones were looking to four or more processor cores and increasingly vast displays, the Moto X opted instead for a relatively small screen and a dualcore processor, allowing useful software services like always-listening Google Now to deliver on usability.

“Wearables was a very natural next step in that evolution” Ron explains to us, though the design and usability issues that have sunk some of the previous attempts at body-worn devices we’ve seen took “a blank sheet approach.” 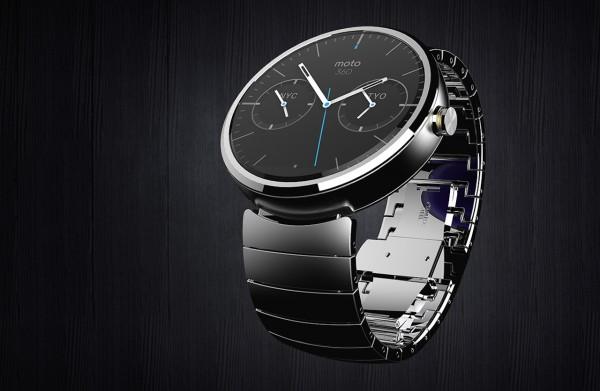 “How can we create something that people will be willing and proud to wear on them?” was Motorola’s question, Ron says. “What will it take for something to earn a place on your wrist?”

“We took our inspiration from a watch” the CVP concludes. “The watch has been around for five hundred years; on our wrist for 100 years. [It’s an] intuitive, beautiful, easy to use piece of jewelry.”

Like Intel described back at CES for its own wearables drive, Motorola realized that style was key. “First and foremost, we’re not compromising on design” Ron insists. “We really believe that round is a form-factor that resonated with consumers over the past couple of decades. 80-percent-plus of watches out there are round faces: that is for a reason.”

Of course, while wristwatches may have evolved to focus on circles, electronics tend to have more corners. Rethinking tech in the round demanded a “complete re-architecture of the device” Ron says, “most components come in squares, they don’t come in circles. We had to do a lot of work reimagining the core components.”

While Google’s concept videos for Android Wear use simulated screens, and Motorola’s Moto 360 graphics are renders not real, Ron insists that the company has working prototypes, despite skepticism that it could get a round display to work. “We’re very far along, which is why we feel comfortable showing things today” he says, teasing that “the team has been using devices for the past few weeks; I have one on my wrist right now.”

Though rectangular phones and tablets might be what users are familiar with, Motorola was surprised by how open its test groups were to a non-traditional display, and moreover how that enthusiasm could help open the door to persuading people that smartwatches are indeed something they might want to wear.

“We focused our attention on the round UI” Ron explains. “What we found is that some of the use-cases actually resonate a lot with consumers. Internally we all were reality excited about playing with a round face, some of the obvious benefits.”

In fact, while the underlying software may be from Google’s Android labs, Motorola had no small part in its development. “The round UI was a very strong vision we had from day one” Ron says, “thinking through the relevant [watch] space.” 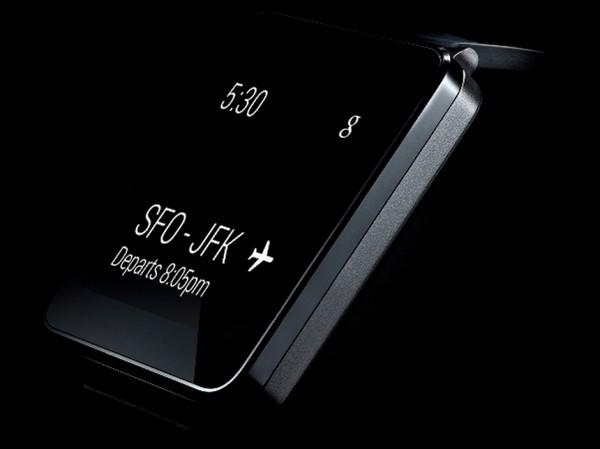 Android Wear will launch with support for both square and round displays from the outset, something Ron says is partly due to Motorola’s influence on the project. “That’s one of the reasons we were very excited to work with Google on this product and this platform” he says, “to support a wide range of devices on day one.”

The shadow already hanging over the project is fragmentation. Android for phones and tablets is found on a wide range of devices too, but manufacturers have in many cases customized the underlying Google platform and remade it for their own purposes. That has an impact on app compatibility, updates, accessory compatibility, and security, among other things.

Ron wouldn’t say to what extent OEMs might be modifying Android Wear in general, though he did confirm that there would be a level of cross-manufacture compatibility and hint that Motorola’s strategy would be much in line with how it approached the Moto X and Moto G last year. 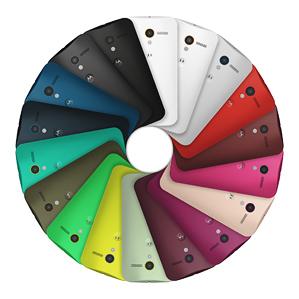 “If you look at the history of what we’ve done in the past two years, we really want to shine a light on our hardware innovation and make full use of the software capabilities Google brings to the table” he says. “And only do something on top of that if we feel it enhances the product: adding a lot of value to users. It’s safe to say we’ll see a very similar approach with 360.”

For the Moto X, that meant an OS build almost identical to the pure Android that Google’s own Nexus devices were running, with just the changes Motorola needed to put always-listening Google Now on the lockscreen. The result was a phone that saw fast software updates while still offering distinctive features, but without the sense of bloat that some rival handsets suffered.

It’s an approach that Ron believes will make the Moto 360 the smartwatch of choice for Android Wear users, whether they’re developers or consumers.

“Google is going to offer a wide variety of SDKs and options for app developers” he explains. “On our side, what we’ve done is really create a hardware platform that is very rich and functional, and optimized for some of those apps and the needs of app developers for those apps, like optimizing voice interaction, and having a great display that supports showing rich information in a flat, clear way.”

No discussion of smartwatches can escape the twinned Achille’s heel of price and battery life. Motorola isn’t giving specifics on either at this stage, promising more details on how much the Moto 360 will cost and how long it will run for closer to the summer 2014 release. However, it’s clearly something that Ron and the team are giving considerable thought to, with the potential for some surprises come launch.

“Look at the history of what we’ve done in the past” Ron says, referring to the Moto X and Moto G’s competitive unlocked pricing, “For Motorola, our vision was to create a wearable that was useful, usable; that people want to purchase and people would be proud to wear on them. If you look at what we’ve done already, it brings premium design, products that are very unique but affordable.”

As for runtimes, Ron was coy. “The goal upfront was to create a really usable wearable device that people would want and be proud to wear, and one of the things would be friction points like battery life” he admits. “We acknowledged the need to not worry about wearing a device and having to charge it on a daily basis.”

Whether that means 2+ days of runtime on a charge is unclear. “The goal is not to make that a pain point for consumers” is all Ron will say, though whether that means a long-lasting battery or easier ways to top up charge on the move, or some combination of both, he wouldn’t be drawn on. Power optimization was a key part of the Moto X, and the same attention will be brought to whatever sized battery ends up inside the Moto 360. 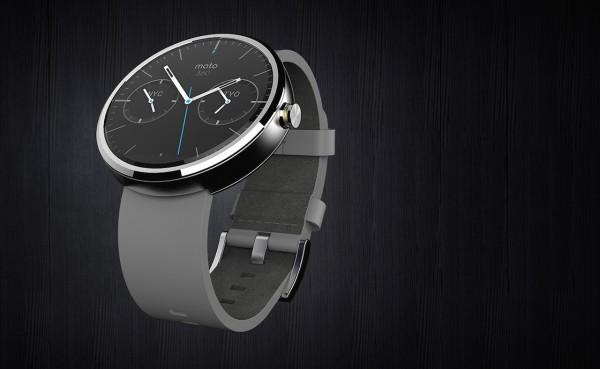 So far, Motorola has shown off two variations on its smartwatch: a leather band, and a metal bracelet. The balance the company will try to strike is one between catering to consumer tastes, and not making its range unwieldy, with Ron conceding that Motorola had struggled with that when it came to phones in the past.

“We’ve really gone out of our way to focus our innovation on a few products that really matter, and we think Moto 360 is that product in the wearable space” he says. What looks likely is a Moto Maker style approach of customization, rather than many different variants in a Moto 360 family.

“For us, first and foremost it’s really about focusing on that product” Ron concludes. “And as for the future, it’s fair to say that if you think about what we’ve done in the past for Motorola, and if you think what consumers like and want, it’s really that message of choice and being able to offer a variety of choices. Because, in the end, it’s a matter of personal taste. You put it on, and make a conscious choice of what it says about you.”

There’s more on Moto 360, Android Wear, and body-worn technology in general in the SlashGear Wearables Hub