Depending on how you take these latest set of leaks, you might believe that LG is really going out of its way to be different. It has already practically hinted that the LG G4 will be unlike any of its flagships, but we only presumed that it was talking about the components and the construction. But now it seems that it will also be making it slightly different in design. This new pair of alleged leak renders seem to confirm something that was only hinted at with a previous leak: the LG G4 will be slightly curved.

It’s not like this is totally new for LG. It already has a curved smartphone, two in fact, with the G Flex and more recently the even more curved G Flex2. That said, the two have never been LG’s standard bearers, content to be on the sidelines under the category of “special”. But if these leaked images are really representative of what LG has in mind for the G4, it will be bringing those curves to the flagship, probably the last G flagship, as well.

This development could have been spurred by the somewhat warm welcome that the dual curved Galaxy S6 edge received at MWC 2015. Of course, LG probably couldn’t risk putting out something that had a similar curved design, even if there were rumors that it already has one. If it wanted a curved smartphone, it’s only option is really to use its own Flex design. 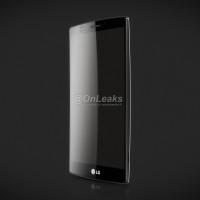 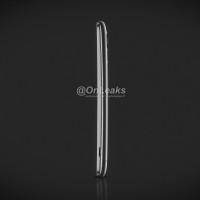 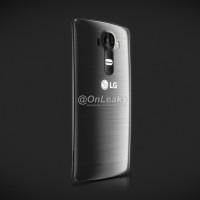 That said, based on these same images, the LG G4’s curve would be more subtle than even that of the first G Flex. This perhaps speaks of LG’s own hesitation over the design. In the G Flex2, it preached the benefits of having not one but practically four curves on the smartphone, none of which can be seen here at first glance. If LG truly believes its own theory on curves, why wouldn’t it put the best curves on its flagship?

Aside from the slightly curved shape, the LG G4 is also expected to be different in its metal construction and, perhaps, in its LG-made processor. While there is little doubt that LG could go metal for its next flagship, based on its track record, a high performance CPU of its own might be harder to pull off in such short a time.