The Maserati renaissance continues with its newest Grecale crossover, a compact SUV built on the underpinnings of the Alfa Romeo Stelvio’s Giorgio platform. After unveiling its MC20 supercar last year, Maserati gave us a peek at a darkened silhouette of the Grecale. Slotting below the Levante SUV, Grecale is named after the “fierce north-east wind of the Mediterranean Sea,” said Maserati, and may become the brand’s first all-electric SUV by 2022.

However, the newest Grecale will initially arrive with an internal combustion engine. Still, it won’t share the Stelvio’s gutsy turbocharged four-cylinder motor that pumps out 280 horsepower via an eight-speed transmission. Instead, Grecale will have an all-Maserati engine rather than sourcing powerplant options from Alfa. 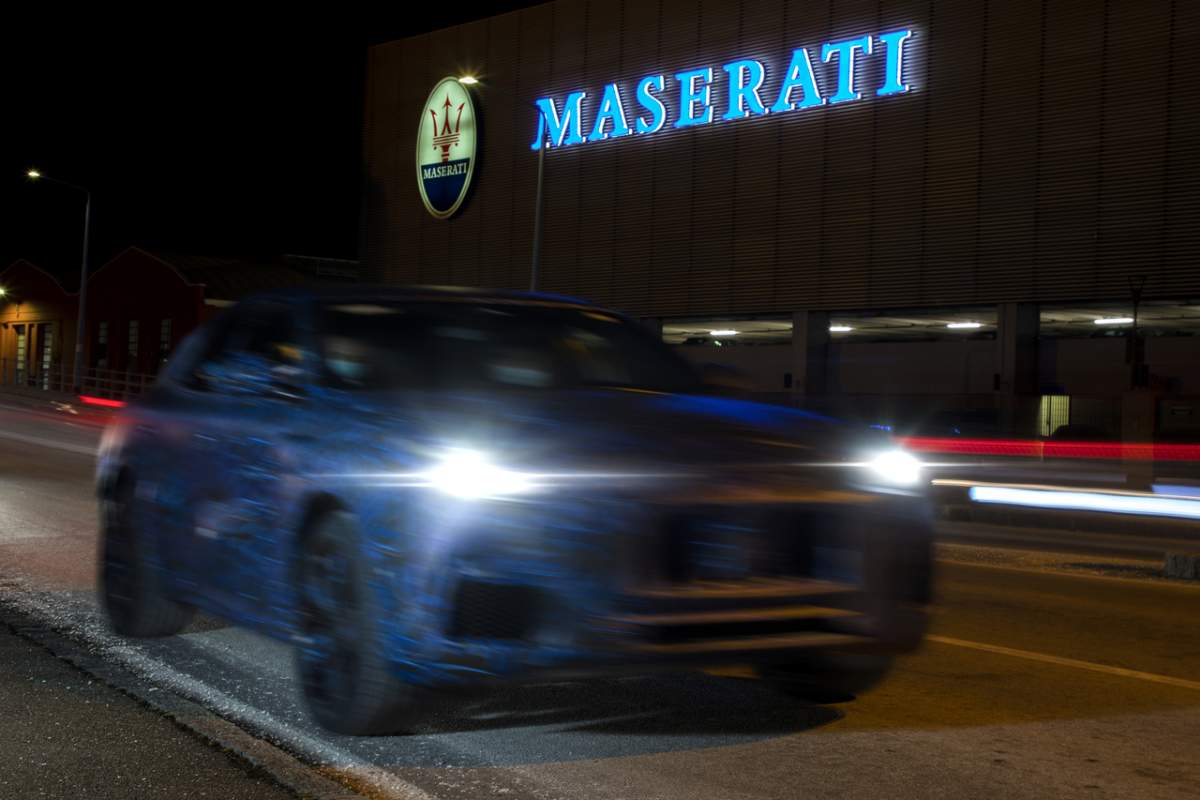 And despite this, the newest Maserati Grecale will be built alongside the Alfa Romeo Stelvio in FCA’s Cassino plant in Italy, following a considerable £790-million ($1.1-billion) investment. The teaser photos seen here are a pre-production mule photographed outside Maserati’s Viale Ciro Menotti plant in Modena. Maserati employees were the first to reveal the images on social media, said the carmaker, and that the company “decided to share the photos of the new model exclusively with the Maserati family.” 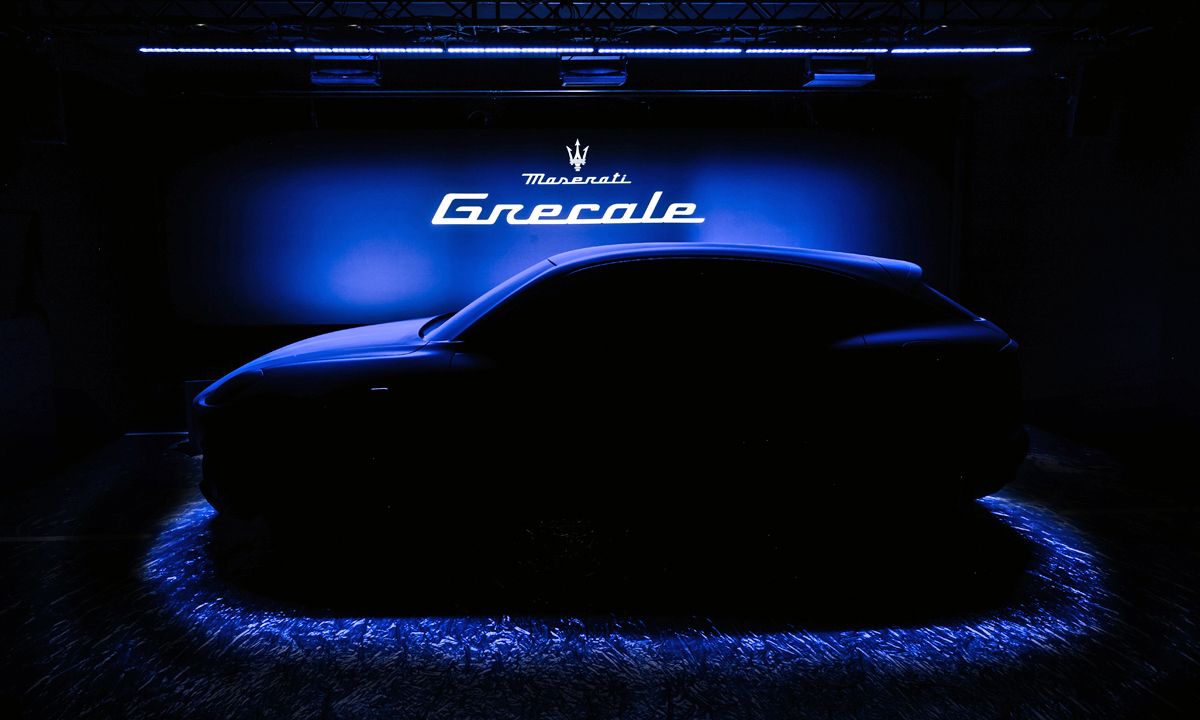 The newest Maserati Grecale is an integral part of the Italian carmaker’s bold revival plan. It started by debuting the 2021 Ghibli Hybrid, followed by launching Trofeo models of the Ghibli and Quattroporte. Similar to the excellent 2021 Levante Trofeo SUV, there’s a Ferrari-sourced 3.8-liter twin-turbocharged V8 motor lurking under the Ghibli and Quattroporte Trofeo’s hood.

Pumping out an astonishing 580 horsepower and 538 pound-feet of torque, Ghibli Trofeo goes from zero to 60 mph in four seconds flat while Quattroporte Trofeo achieves the feat in 4.2-seconds, with both vehicles capable of reaching a 203 mph top speed. 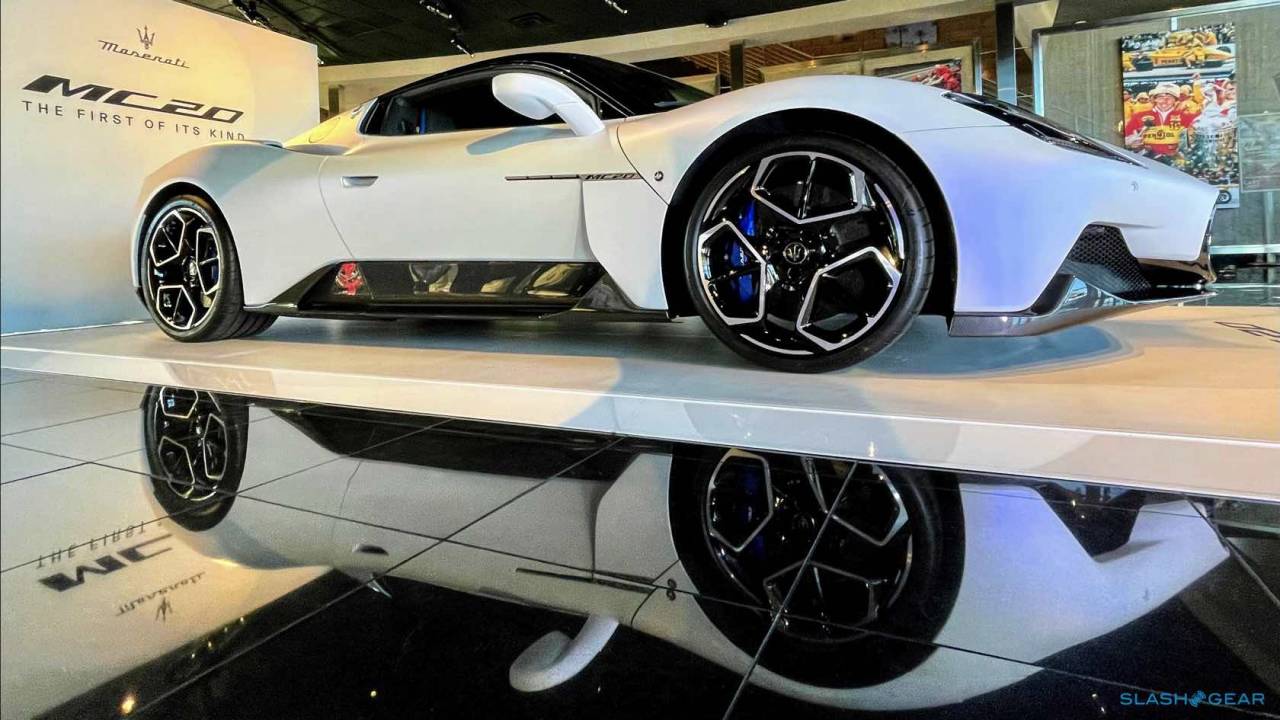 Next came the drop-dead gorgeous MC20 supercar, a return to form for Maserati and heralds the return of the trident brand to what it does best: Racing. But the biggest news is an all-electric version of the MC20 that, fingers crossed, will make its debut early next year, and it will probably arrive in conjunction with the Grecale EV’s debut. 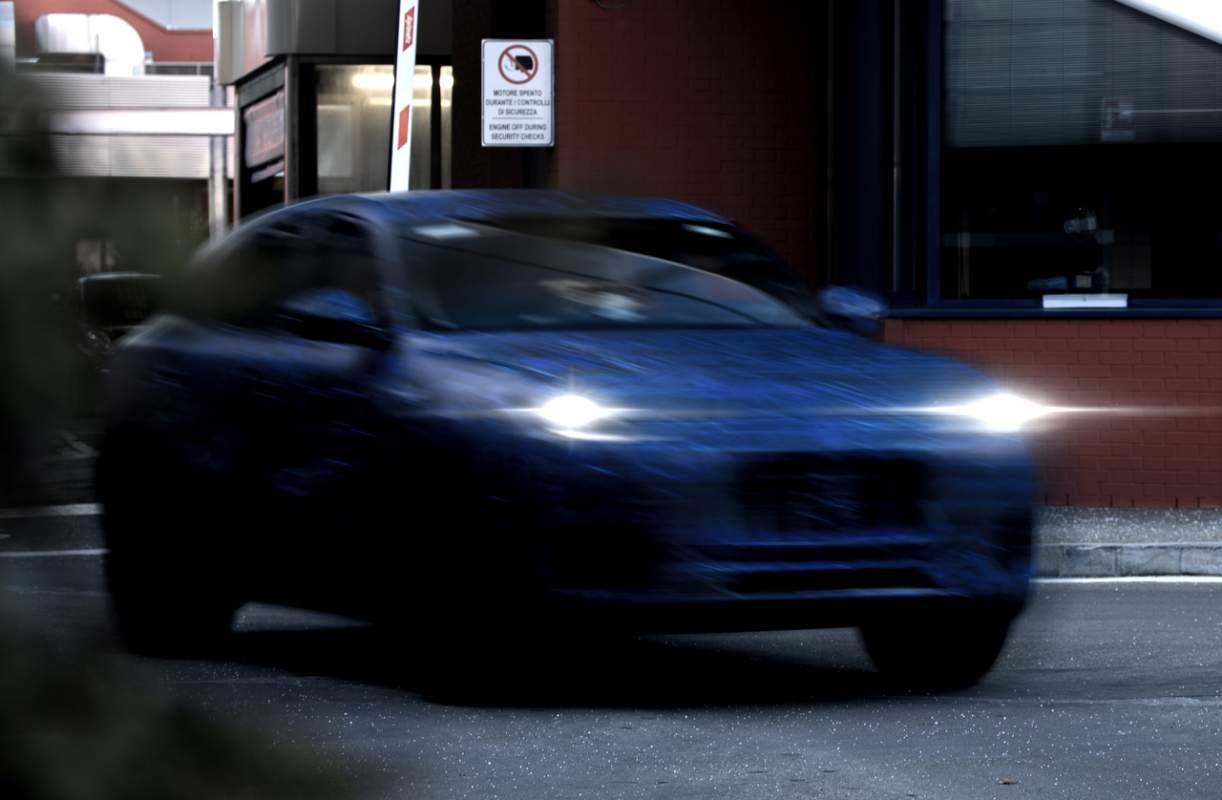 Maserati will also unveil the next-gen GranTurismo and GranCabrio, also arriving in both petrol and electric forms. And by 2024, the brand will reveal the next-gen Levante and Quattroporte, which also comes with available gasoline and electric powertrains.