Manhart starts with the 2021 M3 and M4 Competition models, both pumping out 510 horsepower from the factory. After installing a Manhart MHtronik Powerbox, the inline-six motor has a new maximum output of 620+ horsepower, around 100 more horses than stock. Additionally, you have 553 pound-feet of torque at your disposal. 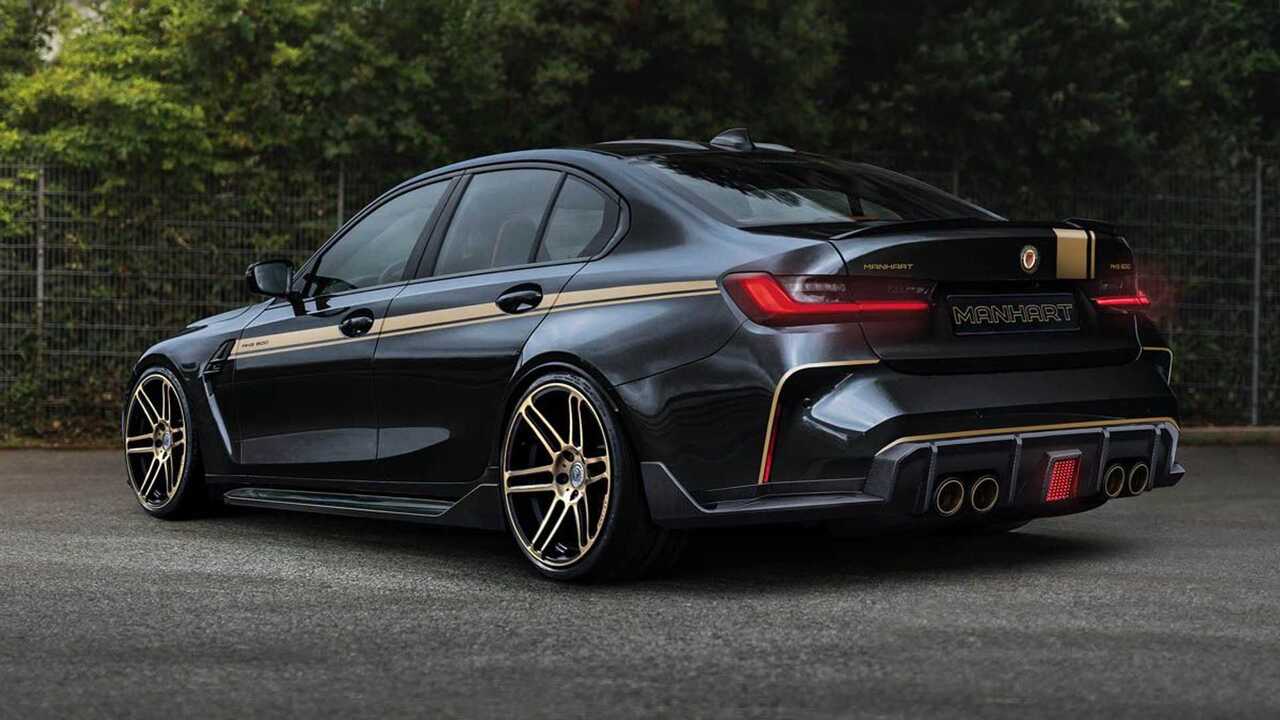 The mods include a Manhart Performance cat-back or OPF-back exhaust system with twin carbon tailpipes to unleash those spent gasses. According to Manhart, their Mhtronik Powerbox is also applicable to a standard M3 or M4, allowing the motor to churn out 590 horsepower. If you’re keeping count, that’s 117 more horsepower than a typical M3’s 473-horsepower output. Nice. 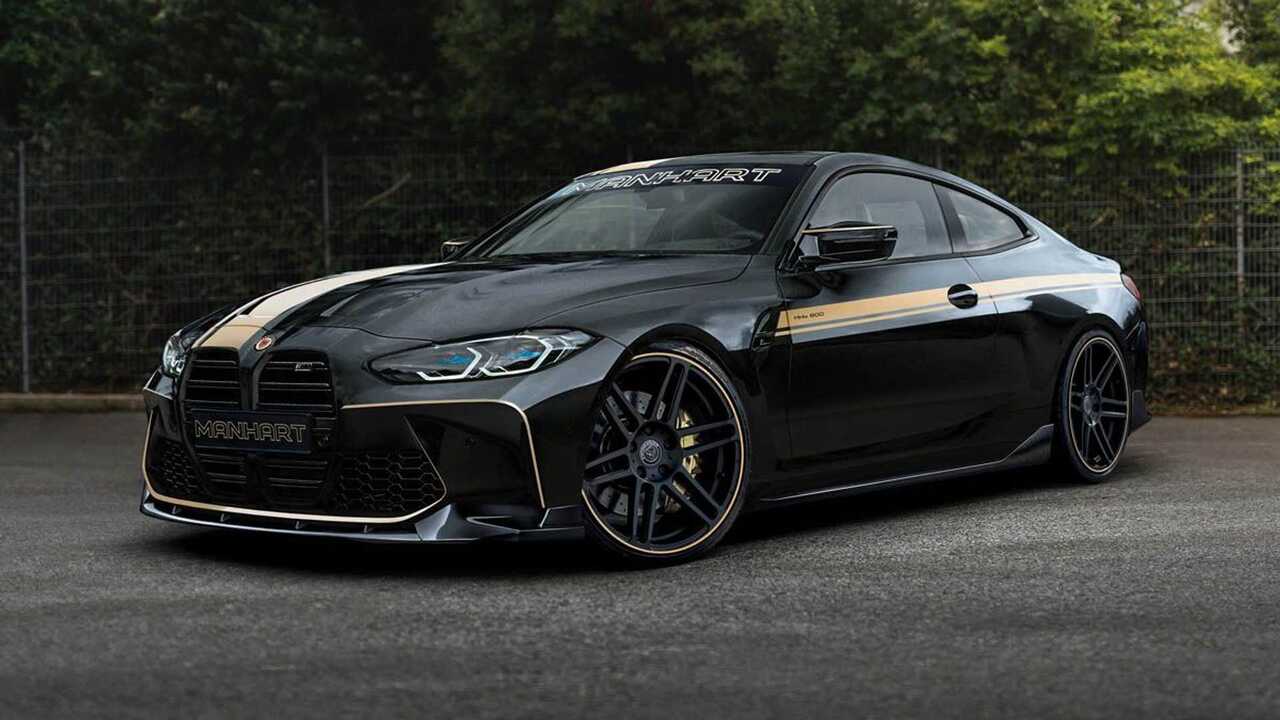 Other upgrades include new H&R lowering springs, staggered Concave One forged wheels developed in-house by Manhart, and a sprinkling of carbon-fiber exterior bits to improve aerodynamics, including a new hood, front splitter, rear spoiler, and rear diffuser. Manhart is also developing a unique set of side flaps for MH3 600 and MH4 600.

Of course, no Manhart creation is complete without a set of body decals. You get a gold decal kit for the MH3 600 and MH4 600, including side stripes and racing stripes. What’s more, you can have gold pinstriping on the wheels if you like a bit more bling in your Bimmer. 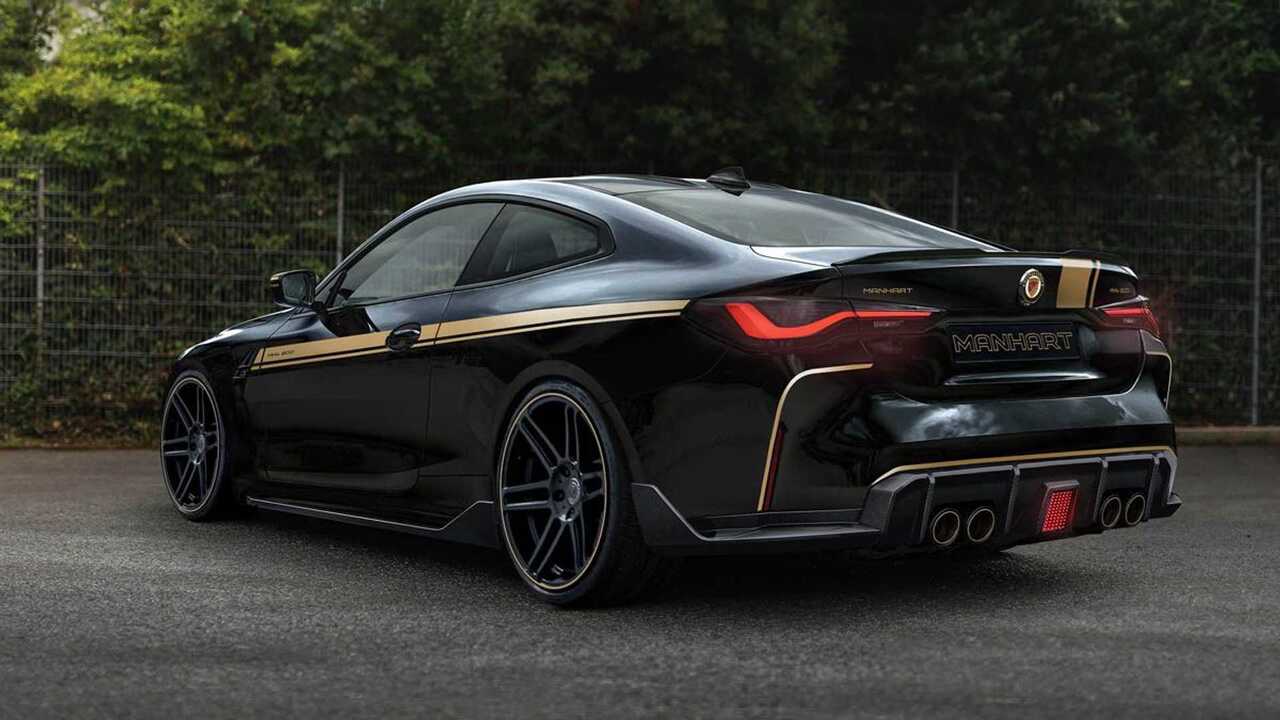 The 2021 BMW M3 and M4 (including the 4-Series in general) were targets of blatant criticism upon debuting last year, and it all has something to do with that oversized kidney grille. But looking at Manhart’s MH3 600 and MH4 600, the stealthy vibe fits both vehicles quite well. Dare we say Manhart has sorted out the M3 and M4’s polarizing façade?

And when you think about it, Manhart isn’t done with the M3 and M4. The 600-horsepower upgrade is only Phase 1 of the tuning program. Phase 2 involves more power, more noise, and more ridiculous exterior appendages, and we can’t wait to check it out soon.