The new BMW M4 may not have made its debut alongside the rest of the 2021 4 Series Coupe range today, but never fear: the more potent version is coming, and the automaker is making sure enthusiasts should be kept happy. Announced earlier on Tuesday, the new 4 Series Coupe has so far been confirmed in three forms.

Its sibling will be the 2021 430i xDrive Coupe. That will keep the same inline-4 engine, but get all-wheel drive. 0-60 mph will come in 5.5 seconds for the regular 430i, with the all-wheel drive version trimming that to 5.3 seconds.

Will there be a manual option for the 2021 4 Series Coupe?

All three cars announced today use BMW’s 8-speed sport automatic transmission. That has a launch control feature, and a new hydraulic control system for faster, more efficient gear changes. It’ll also adapt those shifts depending on the route and driving situation, tapping into the navigation system – as well as the active cruise control’s radar, if that option is fitted – to do things like scrub off speed using engine braking if traffic ahead has slowed.

What there won’t be, however, is a manual transmission option. That, BMW execs say, is because the take-rates are just too low to make it cost effective. 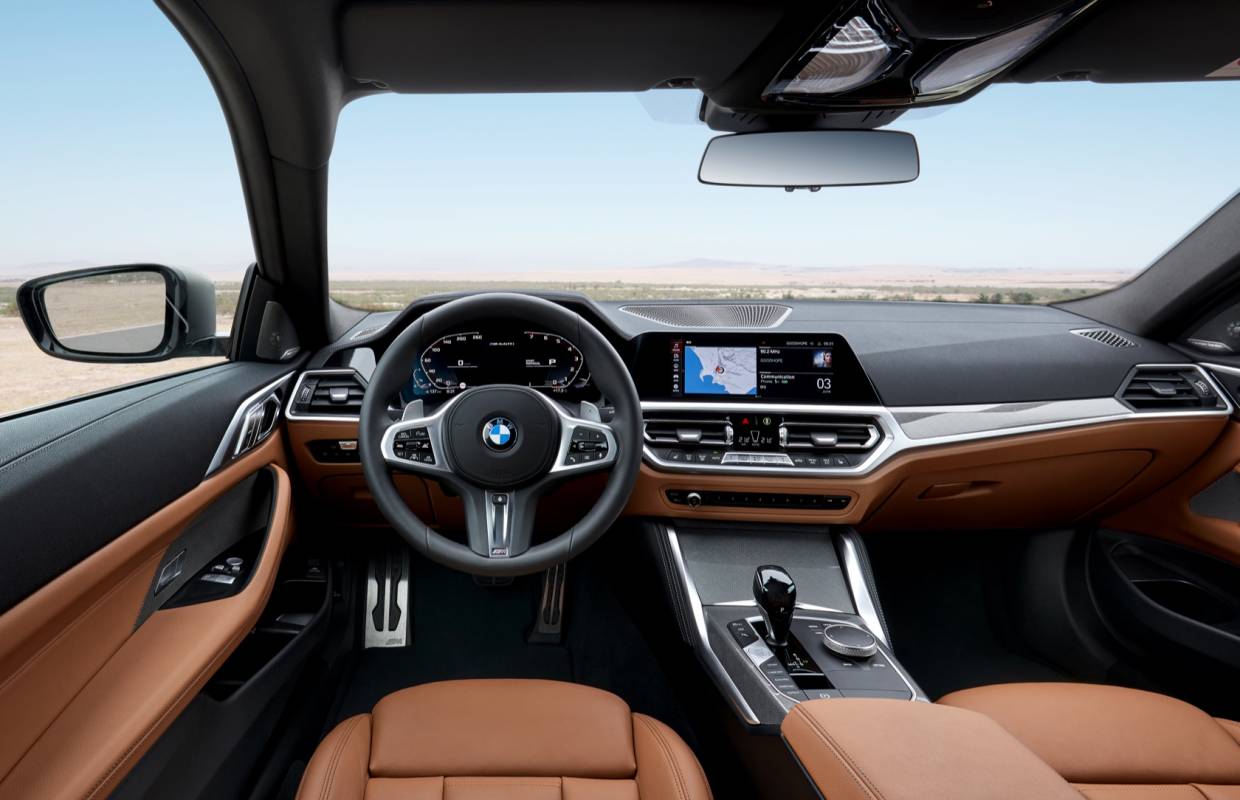 In better news, there’ll be a rear-wheel drive version of the M440i Coupe, BMW has confirmed today. It will follow on in due course, offering purists the driving dynamics they’ve come to expect. Saying that, the 2020 M440i xDrive Coupe’s all-wheel drive system is capable of pushing 100-percent of power to the rear wheels, and indeed does that in most situations, BMW says. An electronically controlled multi-plate clutch in the transfer case can push torque to the front if traction demands it.

Of the three cars announced today, only one is electrified. Even then, it’s hardly going to rival your neighbor’s Tesla. The M440i xDrive Coupe is a mild hybrid, using BMW’s new 48-volt system as standard. 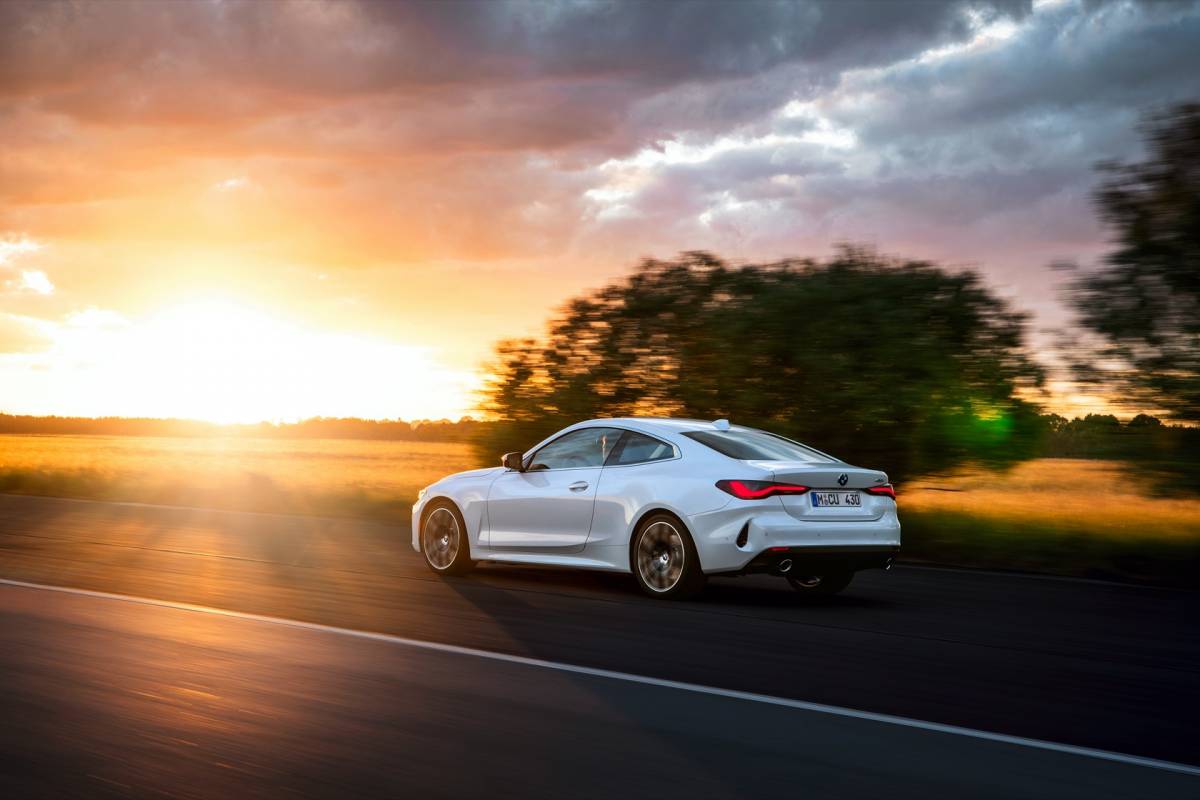 There’s a separate 48-volt battery which the Coupe uses to store power, topping it up when decelerating, when braking, and from excess electricity that might be generated when the car is in Sport mode. The starter/generator can apply that power during hard acceleration, adding to the engine’s power. Alternatively, it can provide power to the electronics, cutting their demands on the gas engine and thus improving economy a little.

The standard start-stop system should be smoother too, since the starter/generator unit is more efficient, and it can shut the engine down when the car is braking for a stop as soon as speeds drop below 9pm.

What it’s not, though, is a plug-in hybrid. BMW says that’s not something it sees as being appropriate for a 4 Series, and so you probably shouldn’t expect the technology to show up any time soon. Instead – despite electrified vehicles having benefits like instantaneous torque delivery – the automaker sees PHEVs as being more appealing to those doing urban driving and wanting greater fuel efficiency. 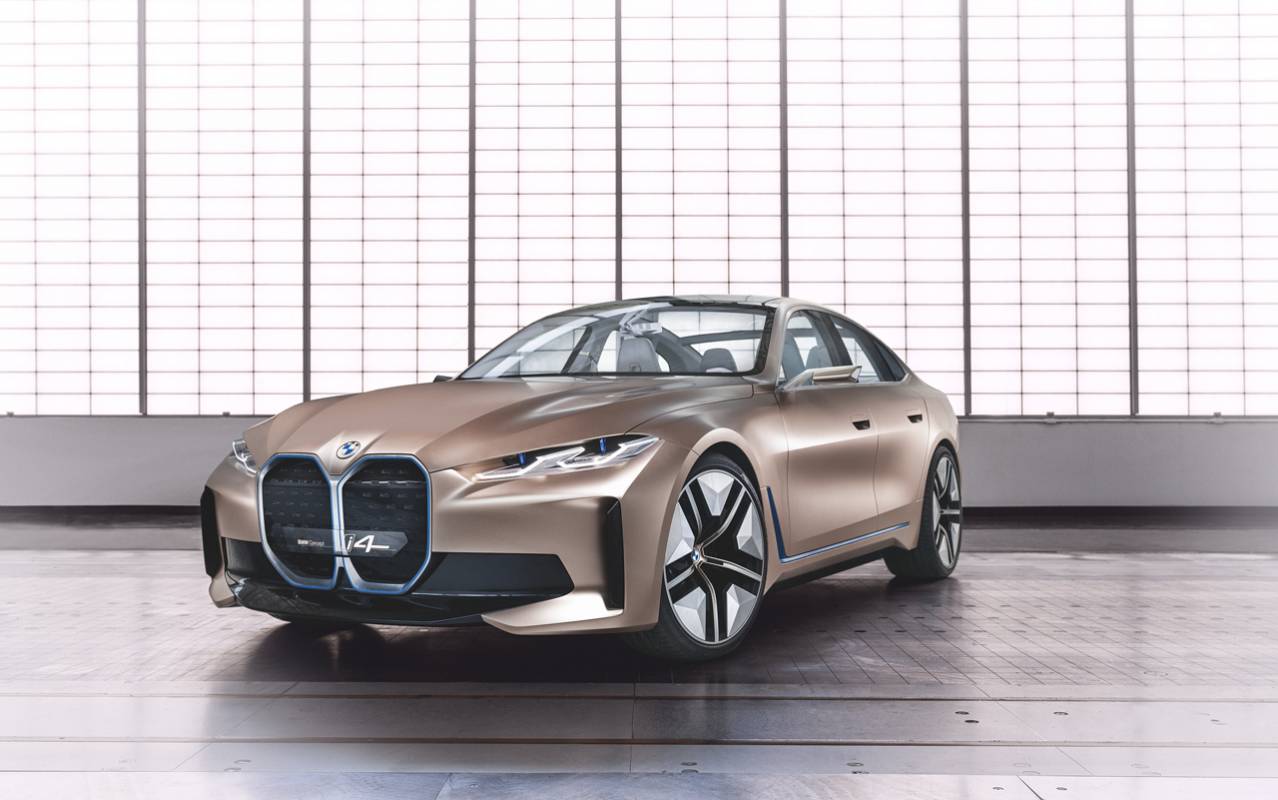 The outlier, of course, will be the new 2021 BMW i4. An all-electric sedan version, it’s expected to be the flagship of the new 4 Series, and based on the styling of the BMW Concept i4.

What do we know about the new BMW M4?

Competing with the i4 as the most-anticipated 4 Series car, the new BMW M4 may or may not have the most power in the line-up, but it’ll probably sound the best. BMW isn’t ready to spill all the details yet, but we do know a few things. 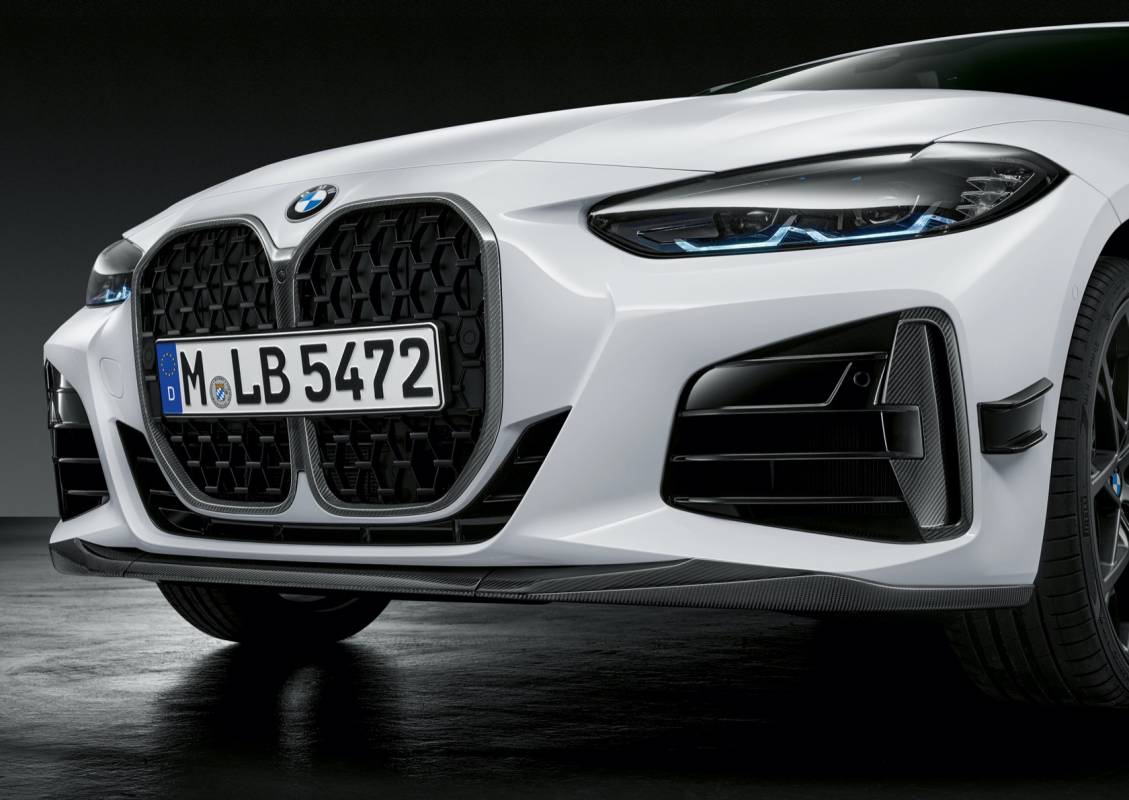 Most important, while the rest of the 4 Series range may be sticking with the automatic transmission, the M4 will not. It will be available with a manual transmission, BMW confirmed today. Figure on an even more extreme version of the oversized grille and muscular styling that is already proving controversial.

There are expected to be rear-wheel drive M4 and all-wheel drive M4 xDrive versions, though previous leaks have indicated only the former will be offered with the stick-shift. The AWD version will get a tuned 8-speed automatic. If things go to plan, we could see the new car from September this year, just before the global market launch of the 2021 430i Coupe, 430i xDrive Coupe, and M440i xDrive Coupe.