Lucid Motors may have stuffed its cabin with a 34-inch 5K resolution curved display, among other screens, but now it’s finally ready to make its pitch as to why you should want such a vast digital dashboard as you drive the upcoming Air EV. Aiming for customer deliveries to kick off in the latter half of this year, Lucid hasn’t been shy at promising big things for the electric sedan – and attaching a premium price tag to it, too – as it tries to carve out a space in an increasingly competitive segment.

Time is certainly of the essence for Lucid there. On the one hand, Tesla’s Model S has come to define the high-end luxury electric vehicle space, with increasingly potent models on offer. Only next month, indeed, Elon Musk’s company will begin deliveries of the Model S Plaid, an EV with legitimate hypercar-besting performance. 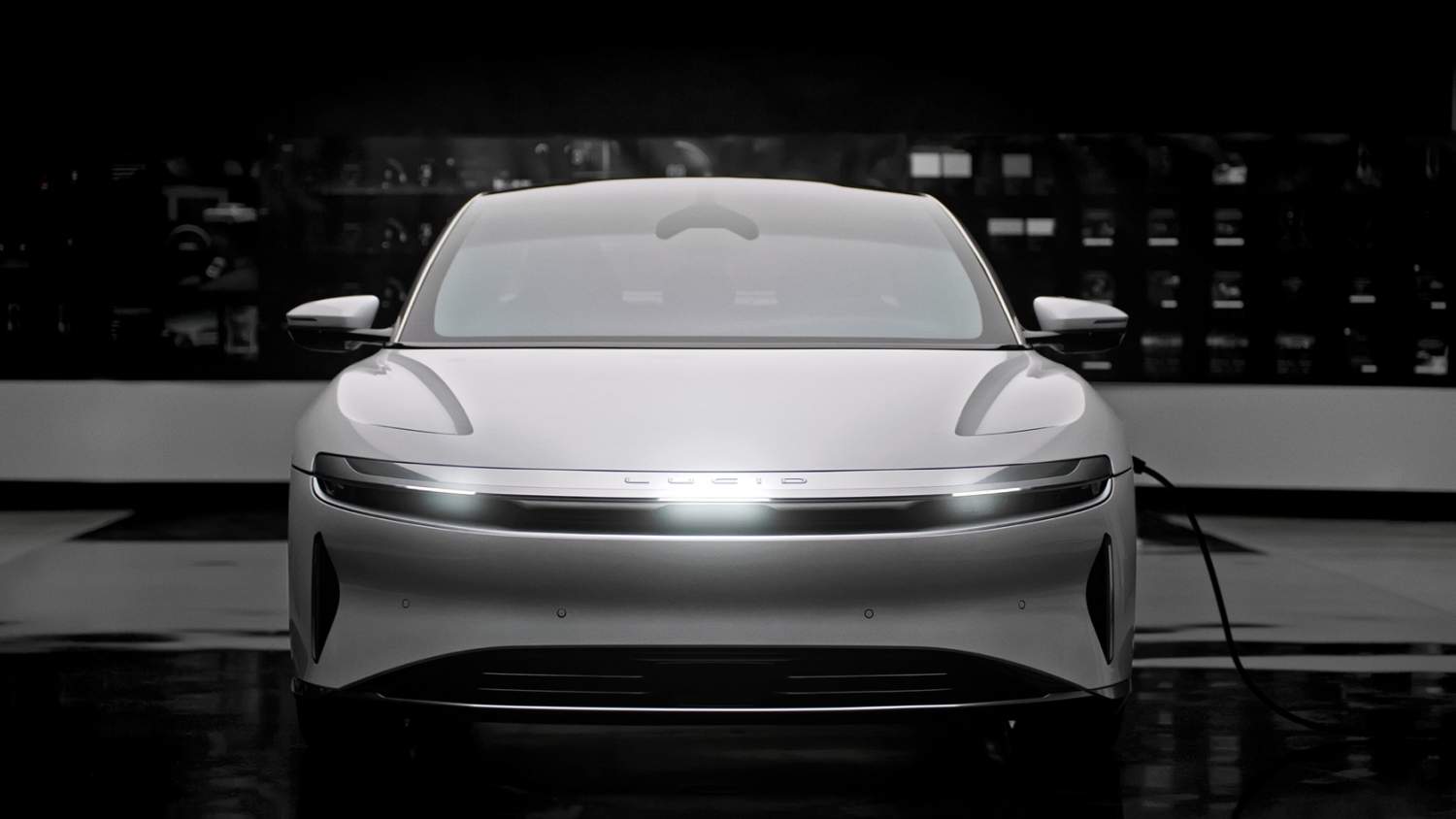 At the same time, we’re seeing more established automakers readying their own luxe-electric alternatives. Most prominent of those is probably the new Mercedes EQS, an EV version of its S-Class sedan, but Audi, BMW, and others are all readying high-end models. Big dashboard displays and the promise of smarter infotainment are all commonplace there. 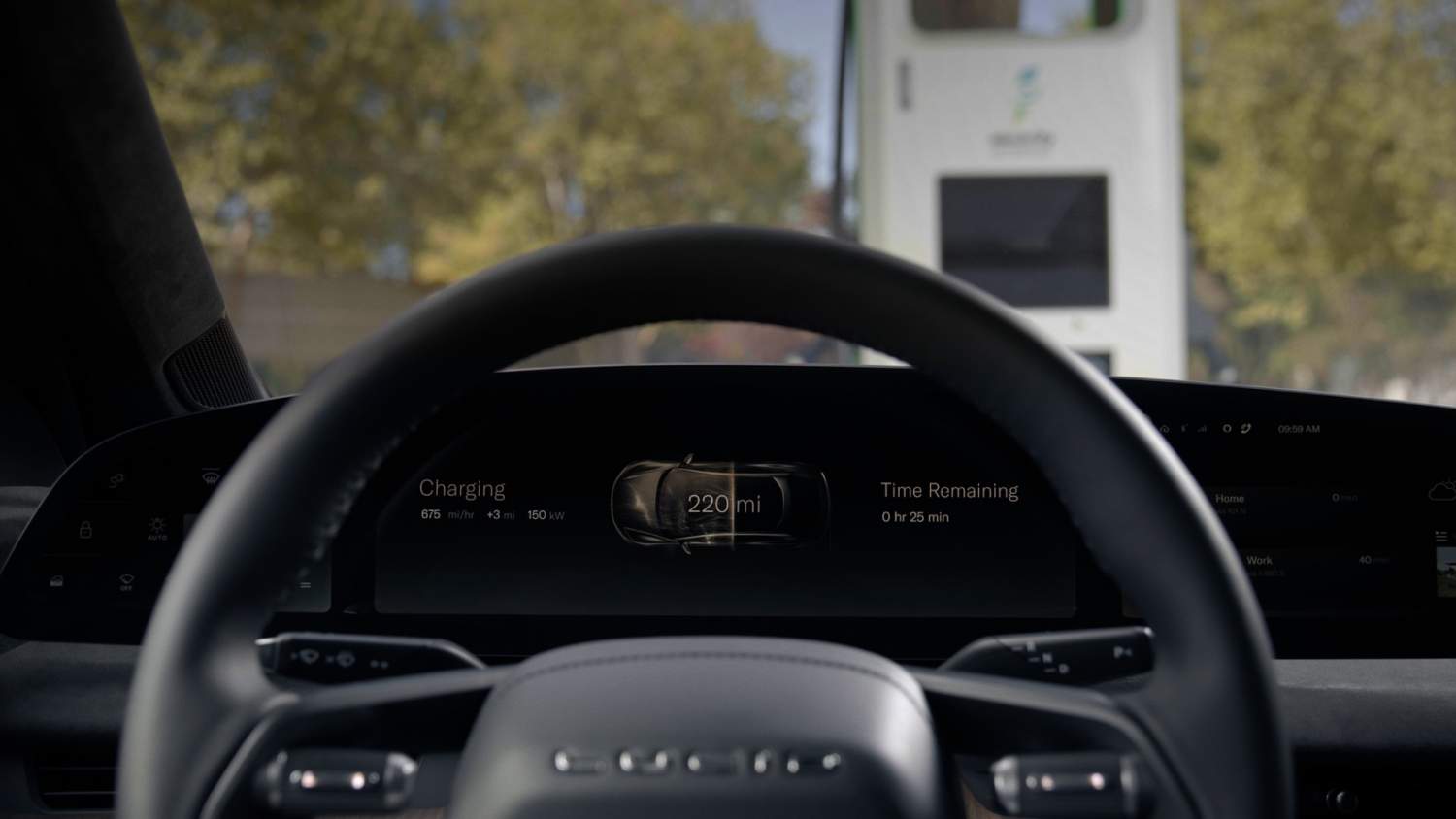 Lucid, though, insists it has an edge. Its “Glass Cockpit” – the huge, sweeping main display that spans the dashboard – and smaller “Pilot Panel” control touchscreen certainly check off the geek-appeal box. It’s how they operate, though, that Lucid is particularly proud of.

That includes ergonomic basics, like the ability to swipe menus from the upper display to the center console touchscreen to open up more options, and functional niceties like a hidden storage space behind the Pilot Panel. Beyond that, though, there are things like new applications of sound. The Air will feature Dolby Atmos on its 21-speaker audio system, and can use that to deliver directional audio cues for notifications and warnings. 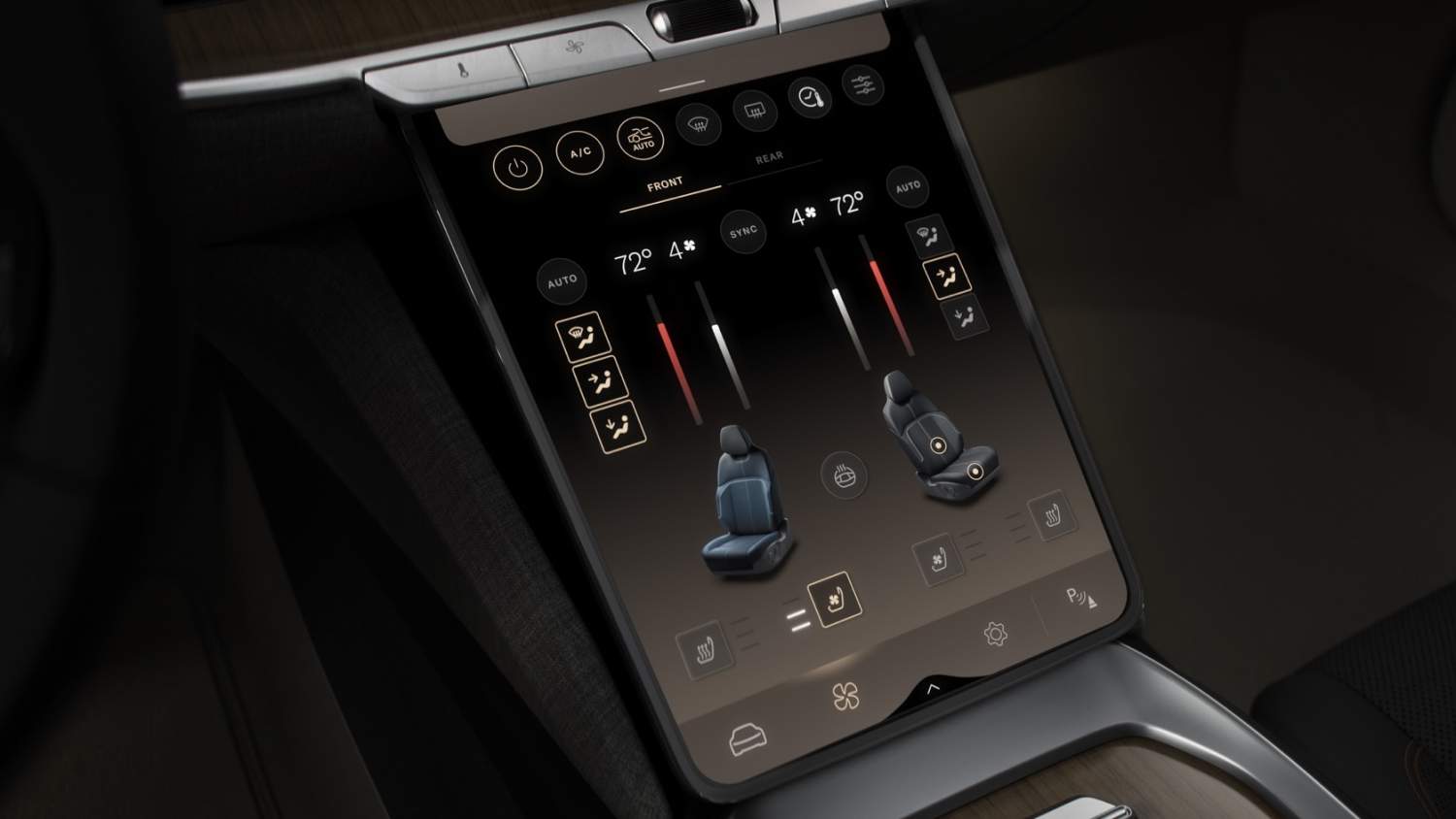 The software – which the automaker is calling Lucid UX – won’t all be homegrown. There’s support for Android Auto and wireless Apple CarPlay, for example, along with integrated Alexa for voice commands and music streaming services like Spotify and iHeartRadio. Cellular data and WiFi will be used to pipe through media, but also add updates over time. 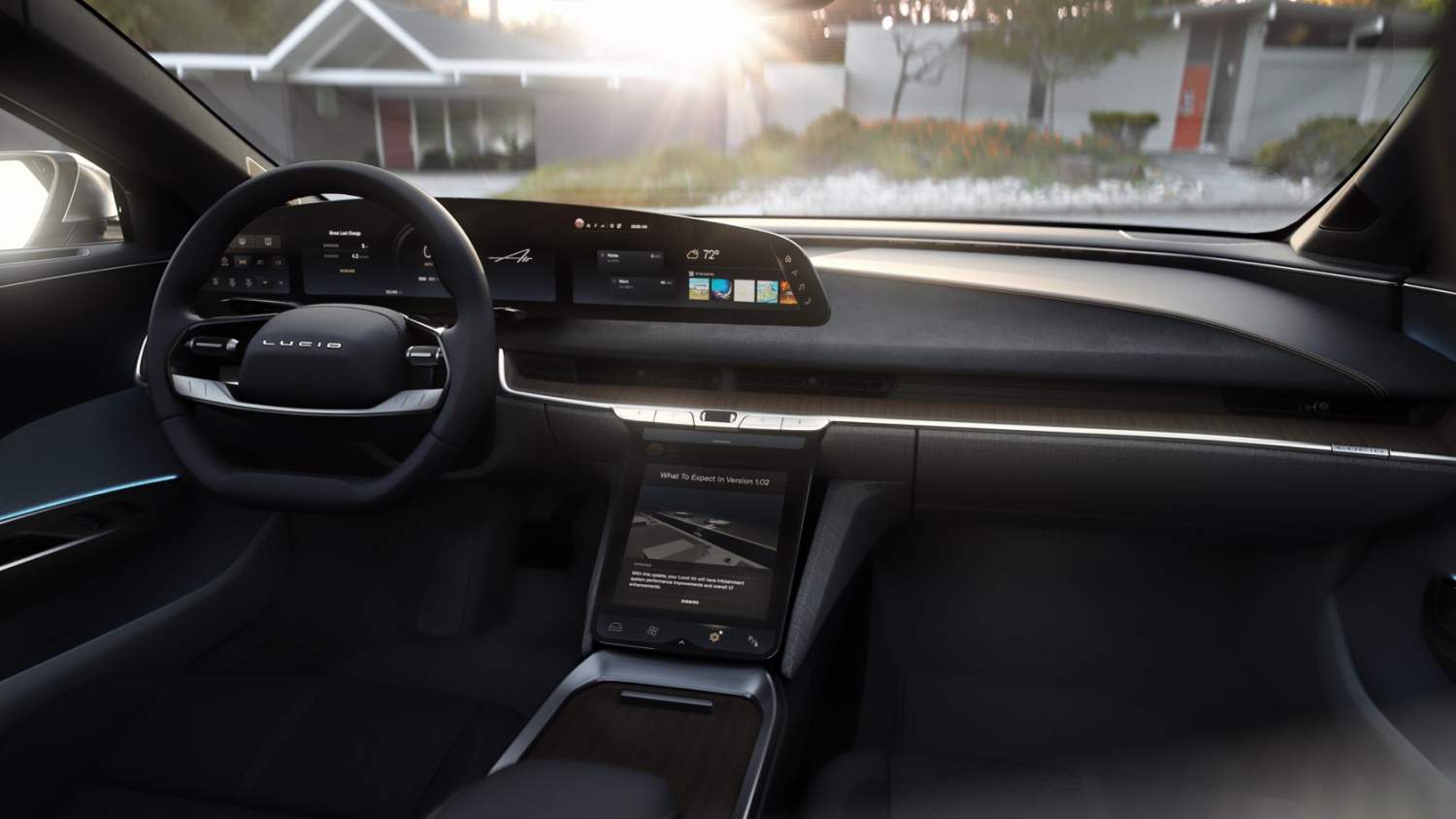 It’s that which Lucid will call upon to add new features to the DreamDrive advanced driver assistance system (ADAS), which pulls together the ethernet-networked 32 sensors including LIDAR. Eventually, the automaker has said, there’ll be some form of autonomous driving support in the Air, though obviously the timeline for that will vary depending on both the technology and the legislative environment.