Dolby Atmos is gradually arriving in more living rooms, but now the surround sound system is getting ready to pull up in its first car, thanks to a deal with Lucid Motors. The Lucid Air – the automaker’s upcoming luxury electric car – will be the first time Dolby Atmos has been offered on four wheels, with a whopping 21 speakers squeezed into the cabin.

That’s part of what Lucid is calling its “Surreal Sound” audio system. There are front, rear, and side speakers as you might expect in a high-end installation, but also height speakers which run overhead. 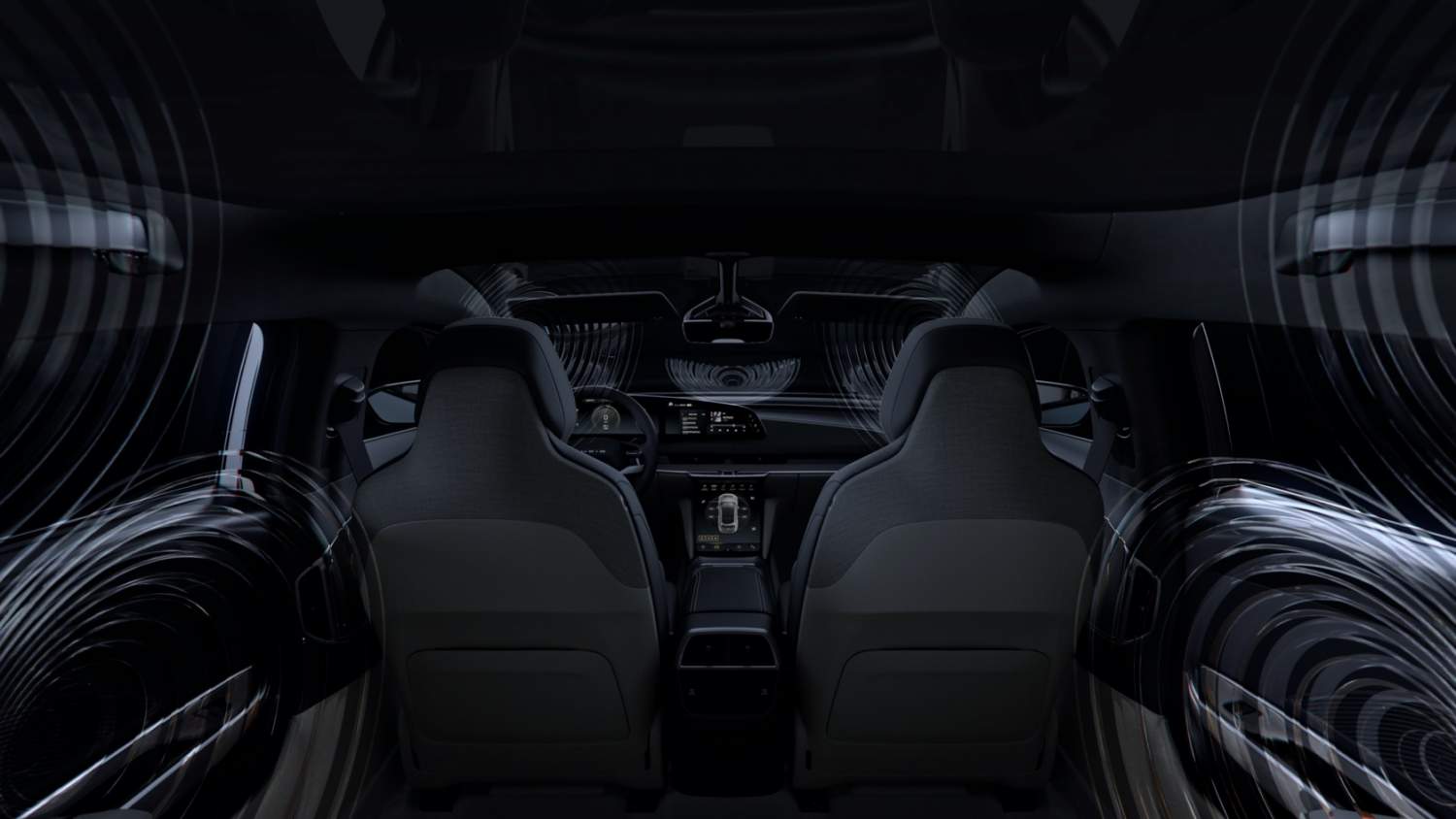 Thanks to their addition, there’s the promise of a feeling of the sound moving around the cabin – including over your head – with special tuning for Atmos content when played in the Air EV. Usually, we associate Atmos most often with cinema content, but there’s a growing amount of music – whether new releases or older tracks that have been re-mastered – which now uses the system too.

Without that content, of course, the effect won’t be quite the same. Still, with the number of speakers Lucid is including, it should be a fairly impressive experience nonetheless.

The automaker won’t just use the speakers for entertainment, however. With the ability to deliver positional sound, the Air’s safety systems will also tap directional awareness, in an attempt to improve reactions. 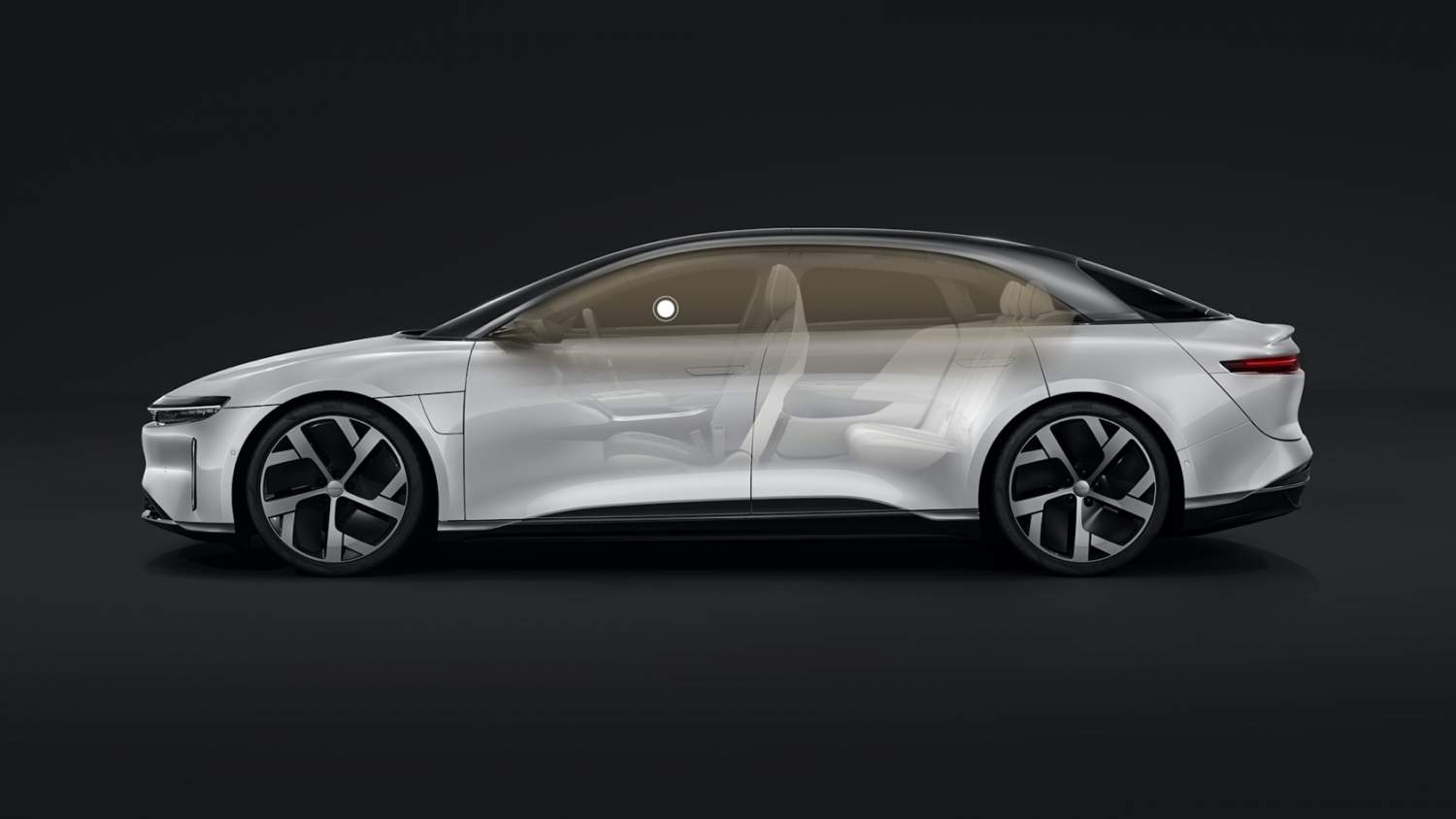 For instance, seatbelt warnings will be delivered so that they sound like they’re coming from the direction of the offending buckle. Blind spot detection alerts can sound from the direction of an upcoming vehicle. Lucid will use the technology for things as simple as the turn signals, it says, so that their clicking sounds like it’s coming from the side where the light is actually flashing.

It’s been a long route to market for Lucid Motors, and the Air still isn’t quite there yet. Online reservations have been open since late last year, with the automaker building a slick configurator with tech more familiar from console games to allow would-be owners to design their Air of choice. Pricing kicks off at $169,000 for the Air Dream Edition, a limited run of the earliest cars with the fanciest features. 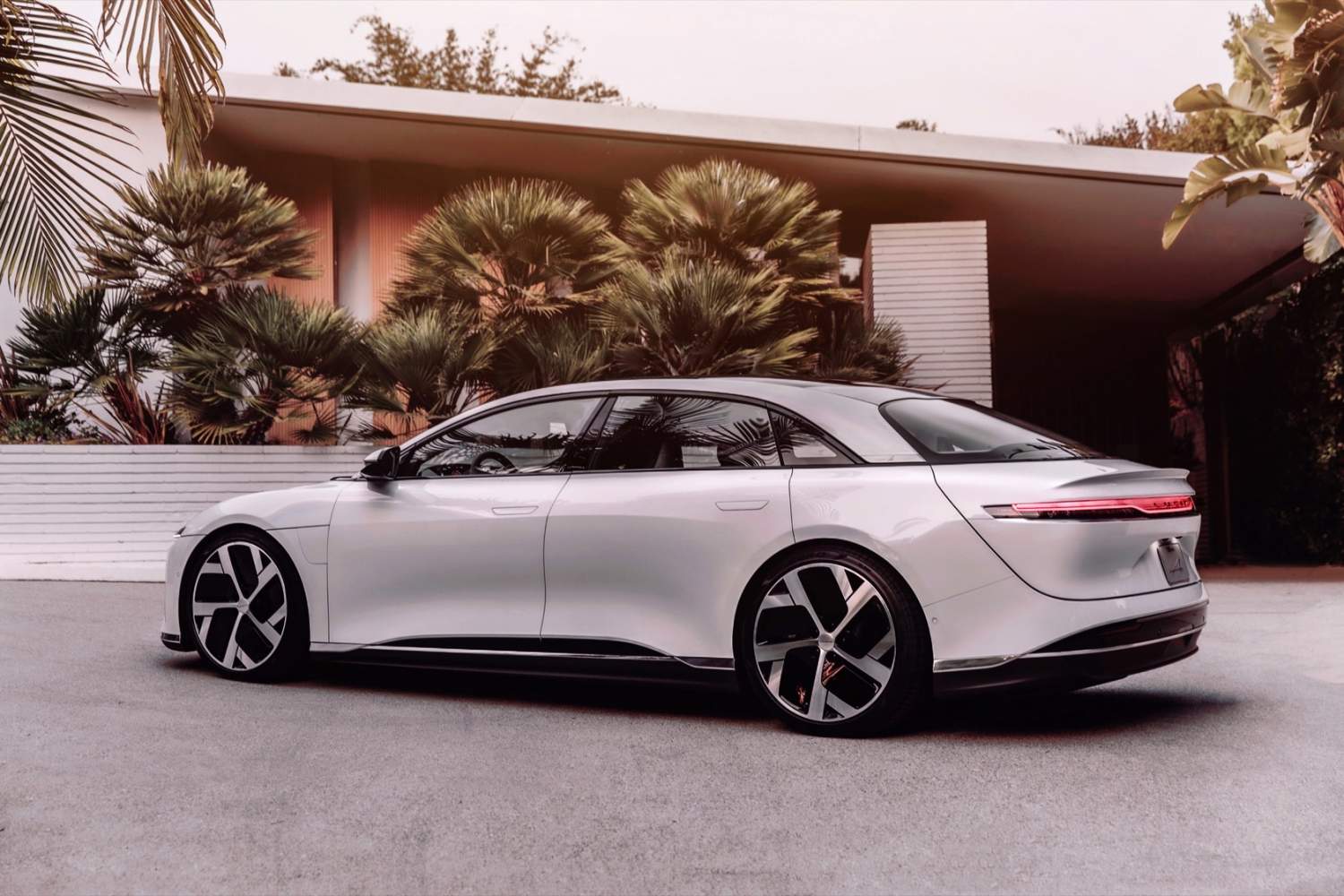 Down the line, though, there’ll be more affordable models. Indeed, the cheapest Air will start at $77,400 before any tax credits or incentives. Only problem is, you’ll need to wait until sometime in 2022. The 2021 Air Dream Edition, in contrast, is expected to begin deliveries later this year.

Beyond that, meanwhile, Lucid is already working on its second vehicle. That will be an all-electric SUV, codenamed “Project Gravity,” though it’s not expected to begin production until 2023.