Lucid Motors promised a more affordable version of its Air luxury electric sedan, and now we know just how affordable that model will be. Kicking off from $77,400, the entry-level Air will rely on the US federal tax incentive for EVs to potentially bring its starting price down to $69,900.

In return you’ll get what Lucid expects to be 406 miles of range from the standard battery. As for power, there’ll be 480 horsepower, Lucid says; there’ll be a single motor configuration as well as a dual-motor option that adds all-wheel drive to the electric car.

Unveiled officially last month, the 2021 Lucid Air aims to take on Tesla with a high-style, high-performance electric-first drivetrain. Figuring that EV owners won’t be willing to compromise on either power or range, it’ll offer as much as 517 miles on a full charge. Lucid has also inked a deal with Electrify America in the US, to offer bundled charger access while out on the road. 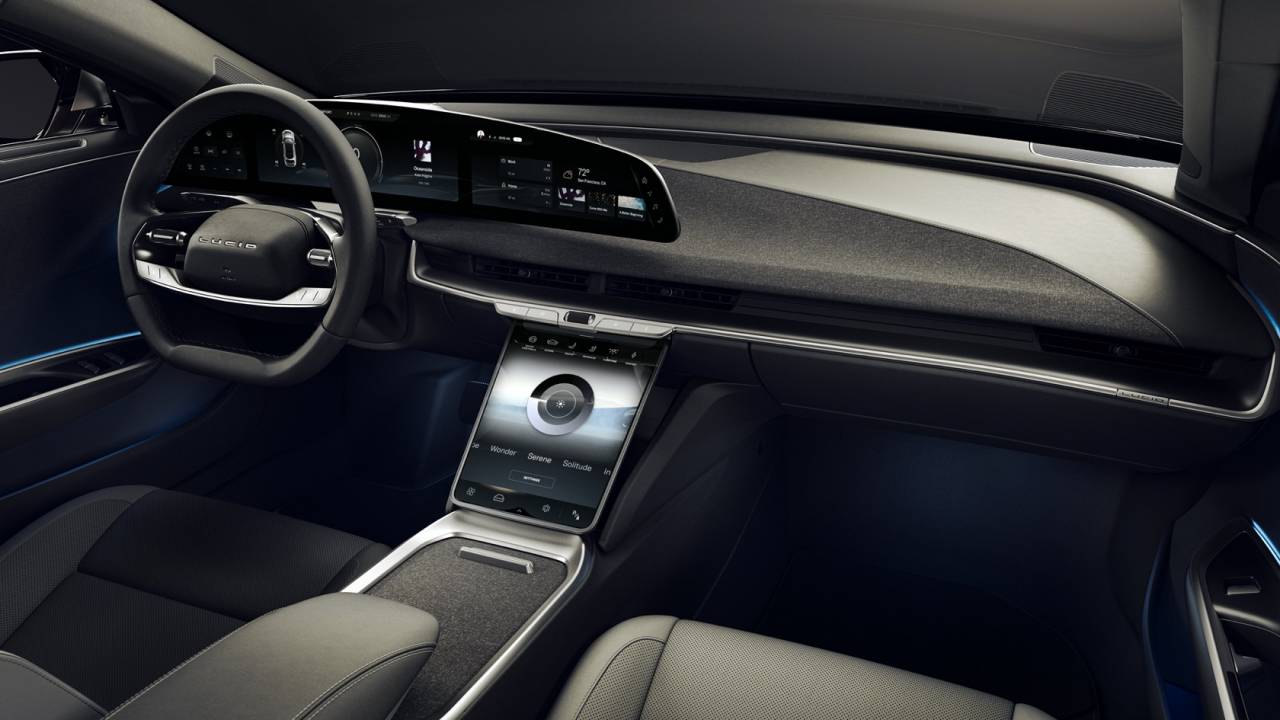 Initially, and unsurprisingly, the most expensive configurations of the Air will arrive. The 2021 Air Dream Edition will be first, with production scheduled to begin later this year and the first deliveries from spring 2021. It’ll be priced at a heady $169,000 before the $7,500 federal tax credit, but be fully-loaded and the most powerful variant.

Following that 1,080 horsepower, dual-motor version will be the Air Grand Touring, in mid-2021. That will start at $139,00 before incentives, and compromise a little on power in return for the longest range that Lucid currently envisages. An Air Touring, from $95,000, will come in the final quarter of 2021. 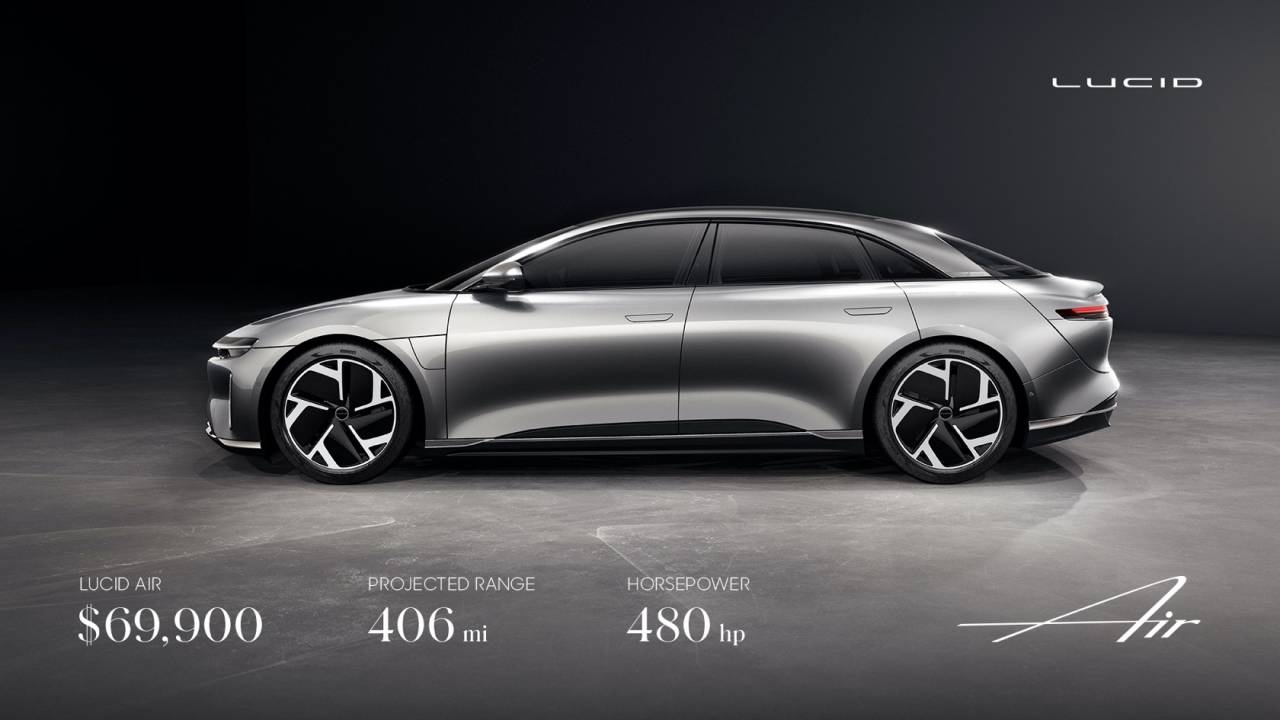 That leaves this newly-unveiled Air as the entry level option, deliveries of which Lucid has said won’t begin until sometime in 2022. That isn’t stopping the automaker from putting it up for reservations already, with a $300 fee for staking a very early place in line. One advantage, though, is that those who reserve early will get three years of Electrify America charging for free – when they finally do take delivery.

As for the spec, you’ll still get a PurLuxe animal-free inter trim in Lucid’s so-called “Mojave” theme, plus the 34-inch dashboard-spanning display. It’ll be offered with the automaker’s DreamDrive ADAS tech too, for things like adaptive cruise control, piloted assistance on highways, and various safety tech.

The Lucid Air Touring, meanwhile, will get 620 hp and an EPA-projected 406 miles of range from a dual-motor setup. It’ll offer a glass canopy roof and more interior configurations.