Logitech Pop Review: A smarter button for the IoT

It’s an awkward fact of life: the smart home, and the Internet of Things in general, is meant to make life more streamlined but can often just leave us poking at our phones more frequently. Want to turn the lights on? There’s an app for that. Want to play your favorite new album? There’s an app for that too. Sometimes you yearn for the halcyon days of a switch, and that’s just what Logitech is offering with Pop, a programable shortcut button.

Setup is simple. The bridge – which, as the name suggests, connects the Bluetooth LE buttons to your home network – plugs straight into a spare outlet, then is recognized by the iOS or Android app where you tell it your WiFi login. It then walks you though pairing a button, effectively just pressing the Pop at which point it shows up in the app, and finally the process of scanning for compatible devices. 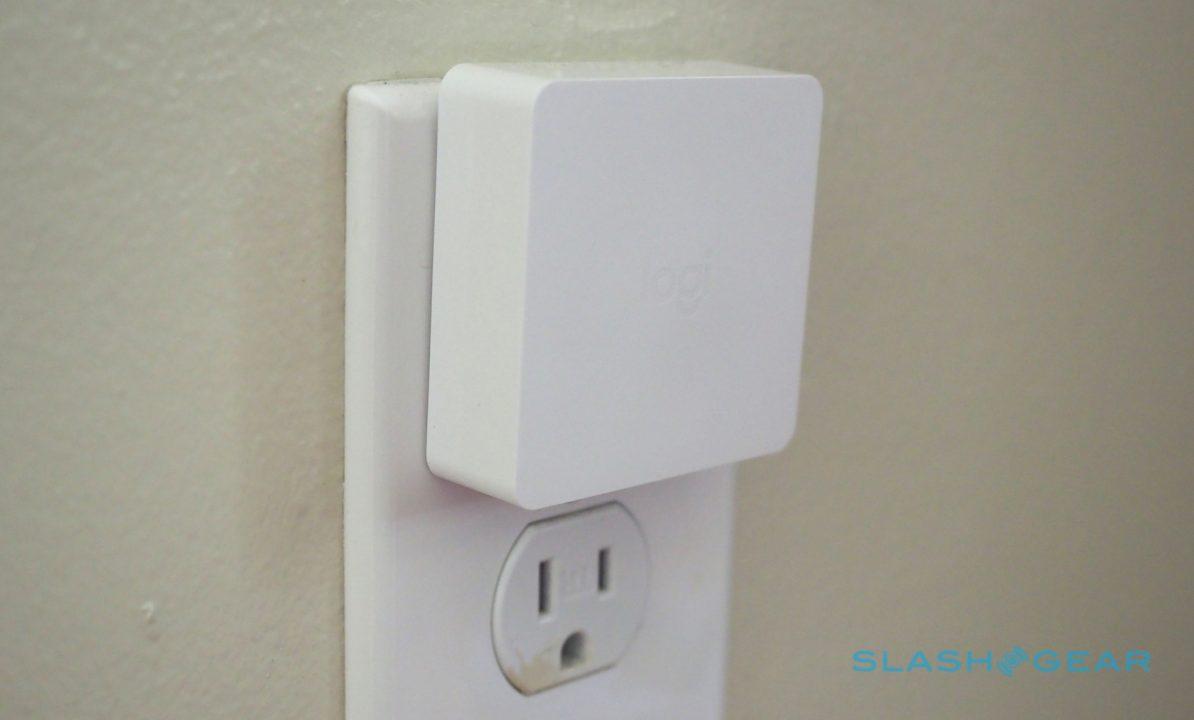 There are a few considerations along the way, mind. Positioning is one: it the bridge needs to be close enough to your router to get onto the WiFi, as well as fairly central for where you plan to use the Pop buttons themselves since the Bluetooth range is, though 100 feet in open space, less than that with walls in the way.

Second, the bridge needs to be on the same network that the devices you’re hoping to control are on. For most people, with a single router, that won’t be an issue, but if you have a separate network for IoT and connected home gadgets it could be a problem.

Logitech‘s $99.99 starter kit includes the bridge and two buttons, along with self-adhesive pads should you want to attach them to the wall in lieu of a regular light switch. Subsequent buttons are $39.99 each; there are four colors to choose between, white, coral, teal, and alloy gray. Theoretically, Logitech tells me, there’s no limit to the number of buttons a single bridge will support, and should you find the Bluetooth range insufficient you can add a second bridge. 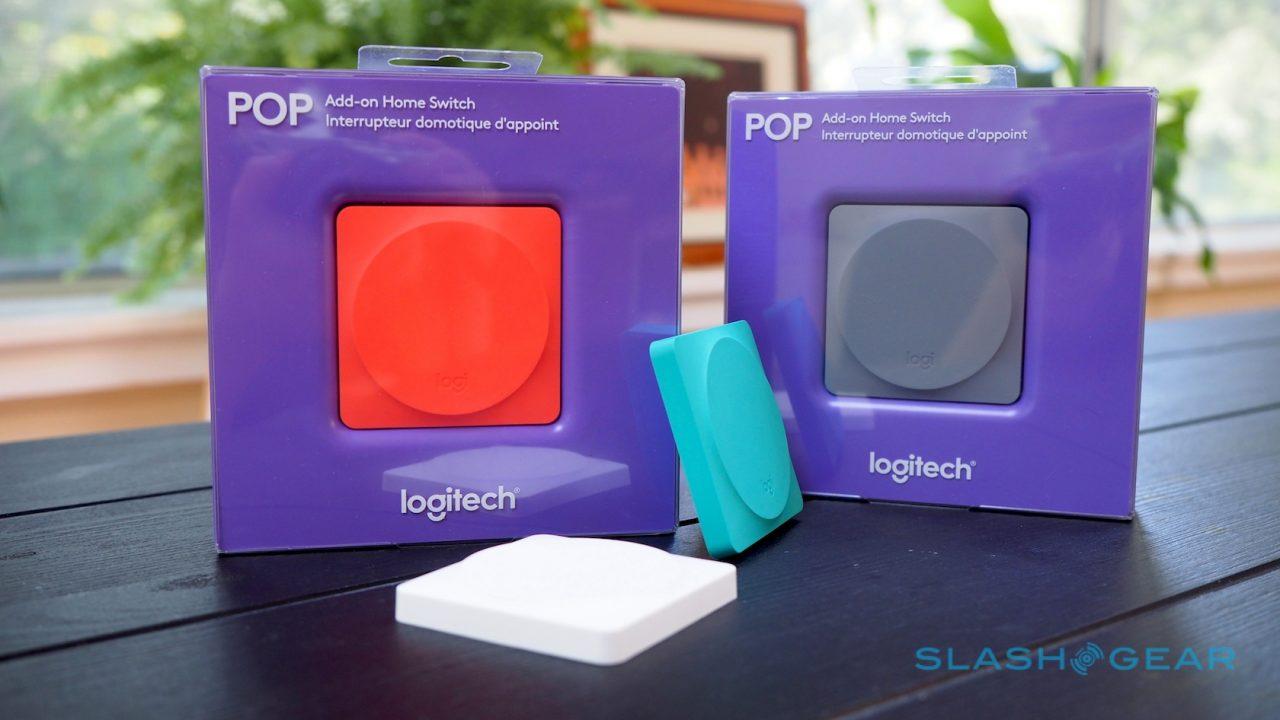 Assigning button tasks are done within the Pop app, though importantly – and helping differentiate Logitech’s system from, say, Flic’s Bluetooth buttons – after that’s done the phone doesn’t have to be around in order for the buttons to work. Flic, and other similar controls, link with a specific phone or tablet which has to be present all the time; Logitech’s bridge takes that responsibility.

Each button supports three possible commands: press once, press twice, or press-and-hold. You build a task by choosing one of the three, whether it’ll be a toggle (i.e. press once to turn on, then press again to turn off) or a trigger (press to run the task), and then dragging different devices in from the side-scrolling list at the bottom. 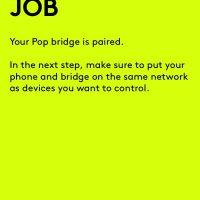 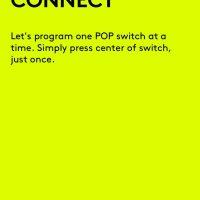 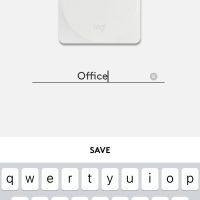 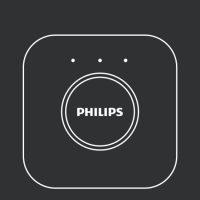 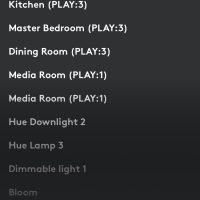 That might be something simple – turning a particular Philips Hue bulb on at a certain color and brightness, say, or a room’s worth of bulbs – or more complex. Out of the box, Pop supports connected lighting from Hue, LIFX, Insteon, and Lutron; Belkin’s WeMo switches and outlets; SmartThings’ automation platform; August’s smart lock (though you’ll need to have the August Connect bridge for it to link); Sonos’ speakers; and IFTTT.

So, you could press a single Pop button and have the doors lock, the lights dim, and your Sonos speakers start playing. Pop shows each Sonos unit separately, and each can be assigned a playlist which is pulled from your Sonos Favorites. Alternatively, a Pop long-press could shut the house down for the night, locking the doors and darkening every room except for a dim nightlight. 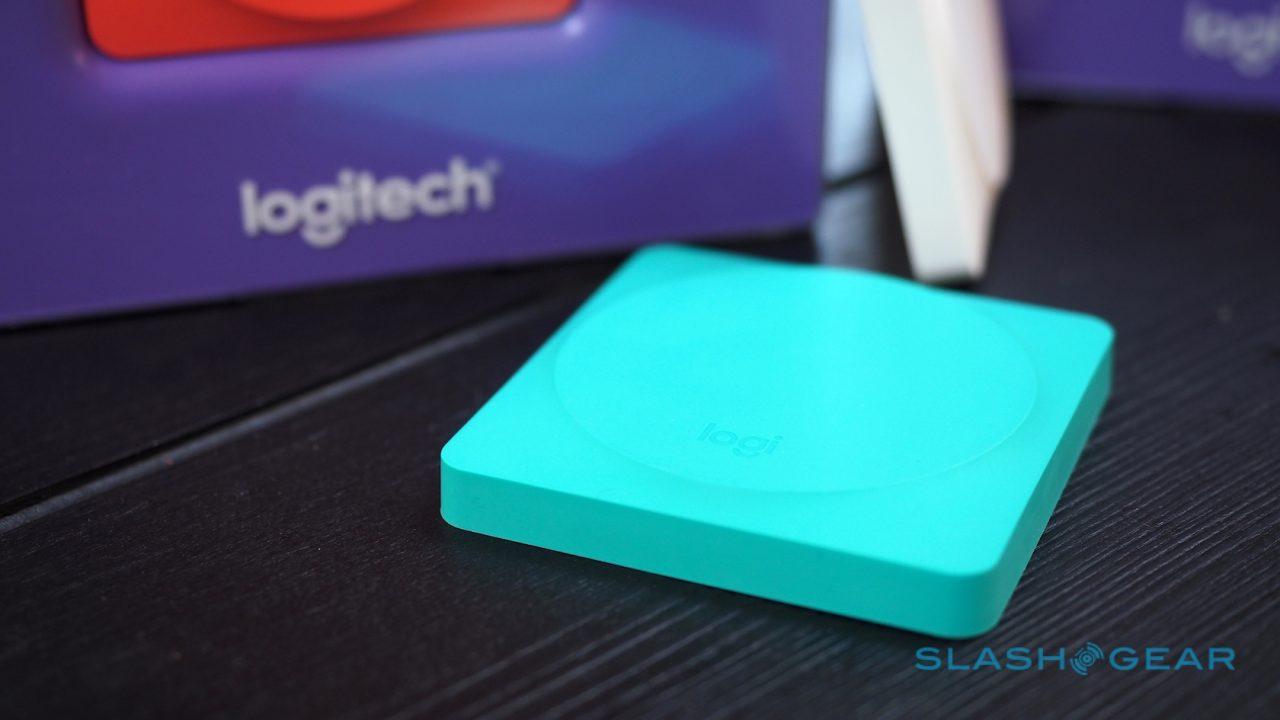 It’s surprisingly flexible, though building each preset can get unwieldy the more devices you have on your network. There’s a screen which shows a full list of everything Pop has discovered that’s compatible, but you can only delete devices from there, not add them to a recipe. That means there’s a fair amount of scrolling as you pick out all the devices you want; I missed an “all lighting” and “all Sonos” option.

You can fashion something that does that with IFTTT, of course, though the setup process there is slightly inelegant. First, you have to drag the “IFTTT Trigger” to a button in the Pop app, before switching over to IFTTT to actually build out the recipe there. If you haven’t assigned the trigger, there’s no way to select a button from the IFTTT drop-down. Still, clumsy as it is, it’s a useful way to be able to interact with products Logitech doesn’t support natively. 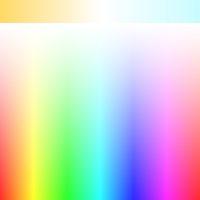 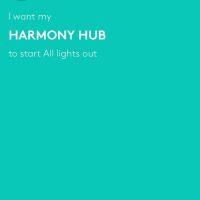 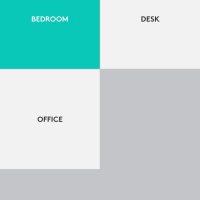 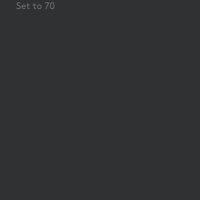 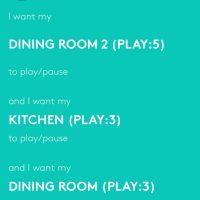 Things get even more powerful if you have a Logitech Harmony Hub, which is available either separately for $89.99 or as part of a remote bundle. With that installed, and linked with your TV, set-top box, thermostat, or hundreds of other devices, you can trigger Harmony activities with Pop buttons. For instance, I have a Nest thermostat paired with the Harmony Hub, and an activity to set the temperature to 70 degrees: Pop imported that activity and I could assign it to a button.

Those with the $99.99 Harmony Hub Extender, meanwhile, can use its Z-Wave and ZigBee radios to connect to other devices. Right now, that’s a fairly comprehensive list of thermostats, locks, outlets, and light switches. 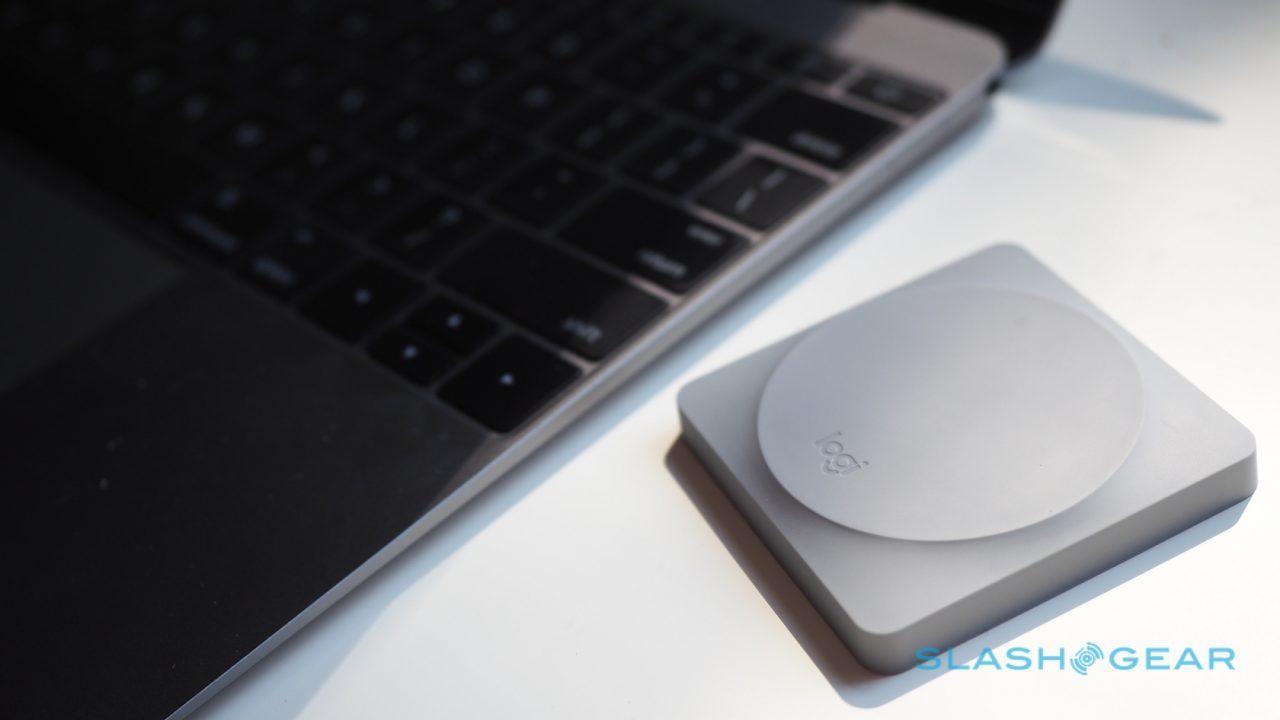 If you’ve got an evolving connected home system, mind, it’s not quite seamless. Create a new Hub activity in the Harmony app, and that won’t automatically be synchronized in the Pop app; you need to rescan the Hub first from the devices list. You can only choose one Harmony activity to assign to a Pop button press, too: if you want multiple to happen simultaneously, you first have to create a new Harmony activity in that app which includes them all, then resync in the Pop app and, finally, assign that new activity to a button.

That mild lumpiness only extends as far as setup, mind. In everyday use, I’ve not had a button press fail me, and the flexibility of being able to quickly control lights without having to pull out my phone has proved incredibly convenient. Pop is family/non-techie friendly, too: you don’t need to explain how a button works, nor grant access to your network, to guests. 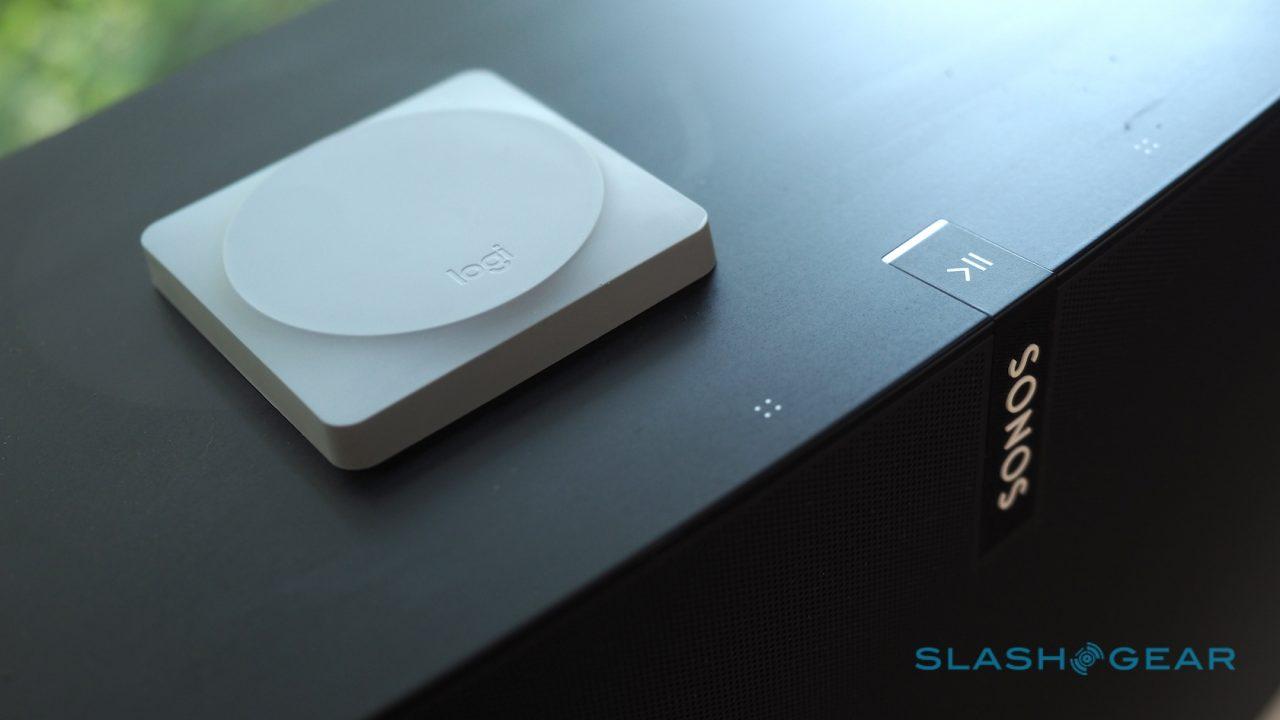 Logitech rates the battery in each Pop button as good for 5-6 years of normal use, after which point you can replace the button cell batteries inside. I do wish it supplied some stickers with logos for lights and such that you could use to label each button, since it can get a little confusing if you have multiple of the same color.

So, perfect addition to the growing smart home? Not quite. Logitech’s decision to use its own protocol rather than, say, Weave means you’re at the mercy of the company’s roadmap. Admittedly, I feel more confident committing to Pop than I might a button from a different startup – Harmony as a platform has been around for decades – but there’s always the chance that, if Logitech decides to give up on the system, your buttons will stop getting updates.

Meanwhile, new features are dependent on companies working with the Harmony team to build in support for the relevant APIs. 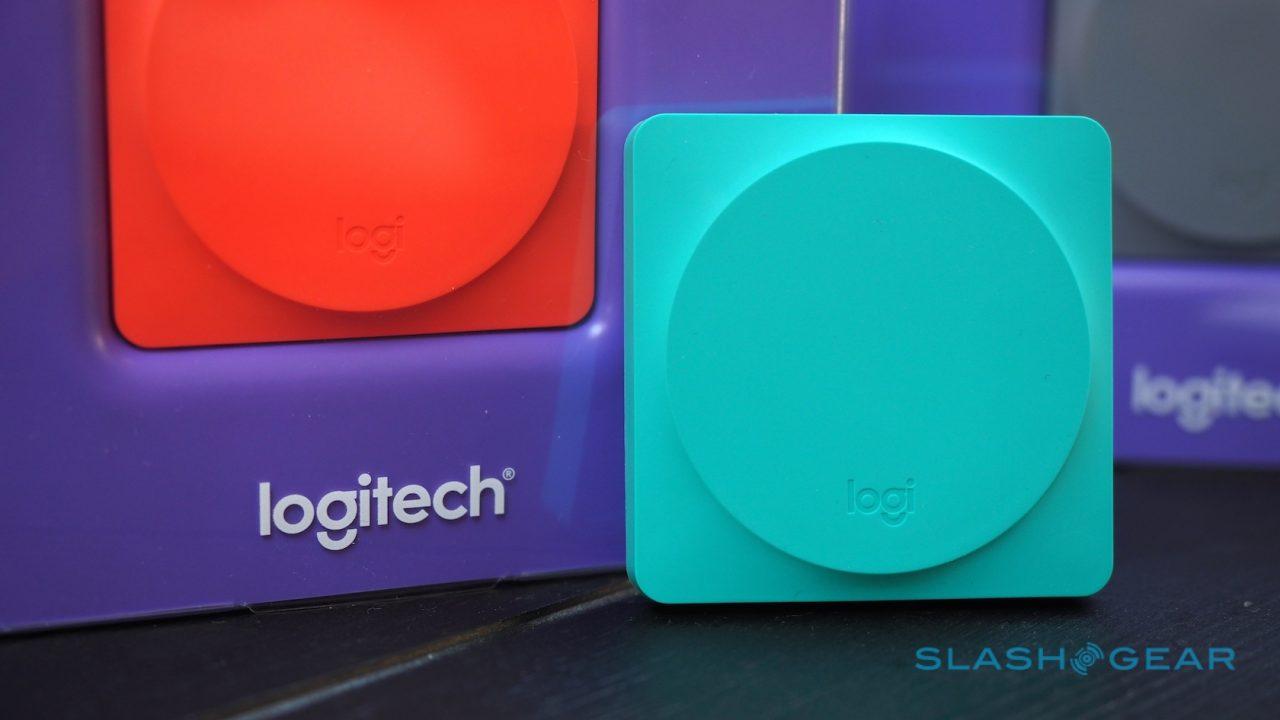 Arguably the biggest hurdle, though, is price. At $40 apiece, Pop buttons are definitely not cheap; I’d really have liked to have seen them half that. Admittedly it’s about what you’d pay for a Philips Hue Tap, which can only control Hue bulbs, but it’ll still be an expensive proposition to outfit more than a couple of rooms.

Nonetheless, I’m a fan. One of the inherent issues with the smart home is that, as installations get more ambitious, controlling them becomes more complex. There are definitely times when a single switch is preferable to an app full of options. Logitech’s Pop system isn’t perfect, but it does what it sets out to well: let you keep your phone in your pocket. 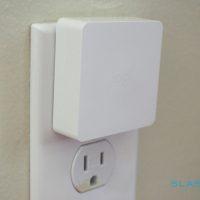 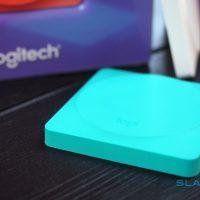 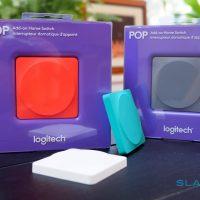 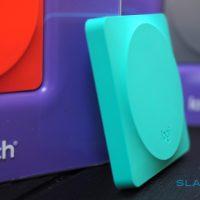 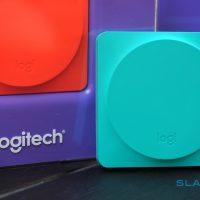