LG doesn’t just have the new V40 ThinQ smartphone today, it also has a brand new wearable, the LG Watch W7, which pairs physical hands with a touchscreen display. It’s the first Wear OS by Google smartwatch to have a full screen along with mechanical hands, with LG promising the digital functionality you expect but with the look and reliability of a traditional timepiece.

That’s required some clever engineering, as you might expect. There’s a 1.2-inch circular LCD, with a hole puncturing it right through the center. That allows mechanical hands to sit on top of the screen. 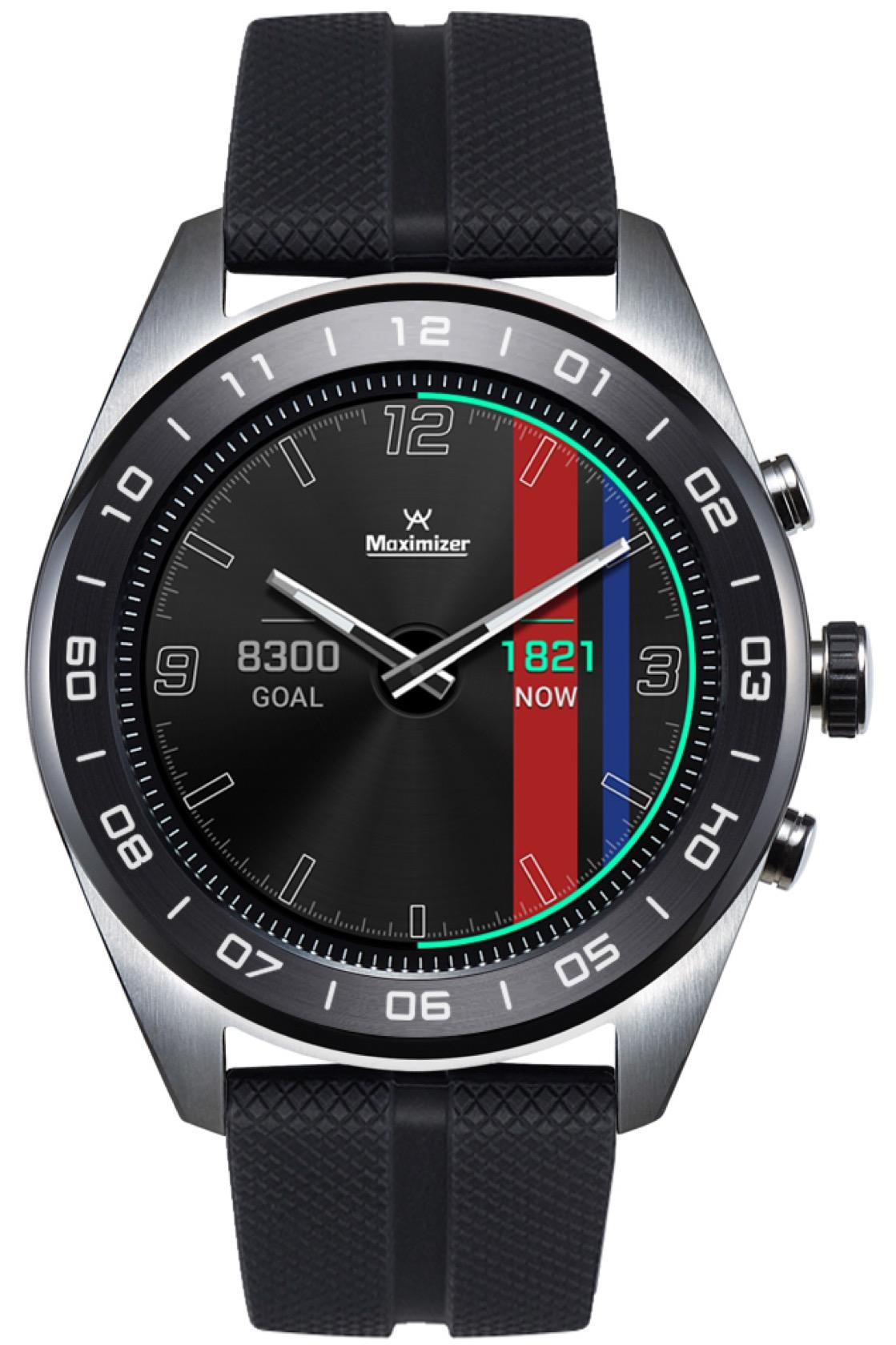 LG turned to Swiss watch specialists Soprod to help with the mechanism. In effect it’s a complicated sandwich of components which all work in tandem. First, the protective cover glass, then the touchscreen layer right underneath. Then come the physical hands, and finally the 360 x 360 display.

There are two buttons on the side, along with a knob for navigation, akin to the Apple Watch’s Digital Crown. The whole thing is rated at IP68 for water and dust resistance, and has WiFi b/g/n and Bluetooth 4.2 LE. No cellular option, at least not at this stage, but there are the usual sensors: accelerometer, magnetic, gyroscope, pressure, compass, altimeter, and barometer. Any 22 mm standard watch strap should fit. 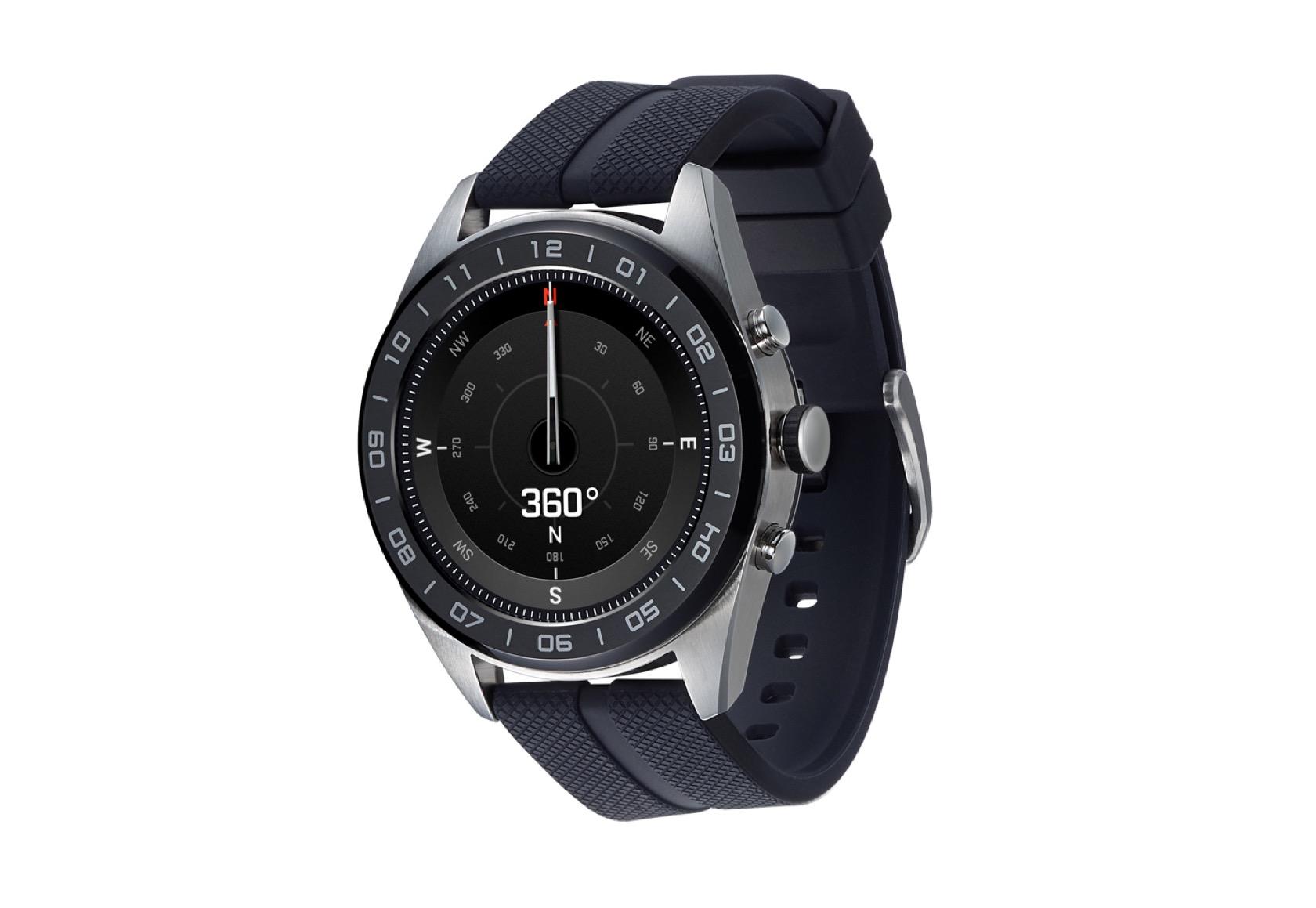 Inside, there’s Qualcomm’s APQ8009w Snapdragon Wear 2100 chipset, with 768 MB of RAM and 4 GB of storage. That’s not Qualcomm’s very latest smartwatch SoC, but LG has done something special with it. The battery is a 240 mAh lithium polymer pack, which recharges using a special cradle making contact with the pogo-pins on the back. However, what’s really clever is how the LG Watch W7 manages battery life.

In “Just Watch” mode, just showing the time with the mechanical hands, the Watch W7 should last for up to 100 days, LG promises. That’s because it can shut down the processor altogether and rely solely on the physical mechanism to keep track of the time. If you have Wear OS active, it’ll last for around two days of connected activity. However, even after that, there’ll be sufficient power for 2-3 days of using the smartwatch as just a mechanical watch, with the display a plain black background. 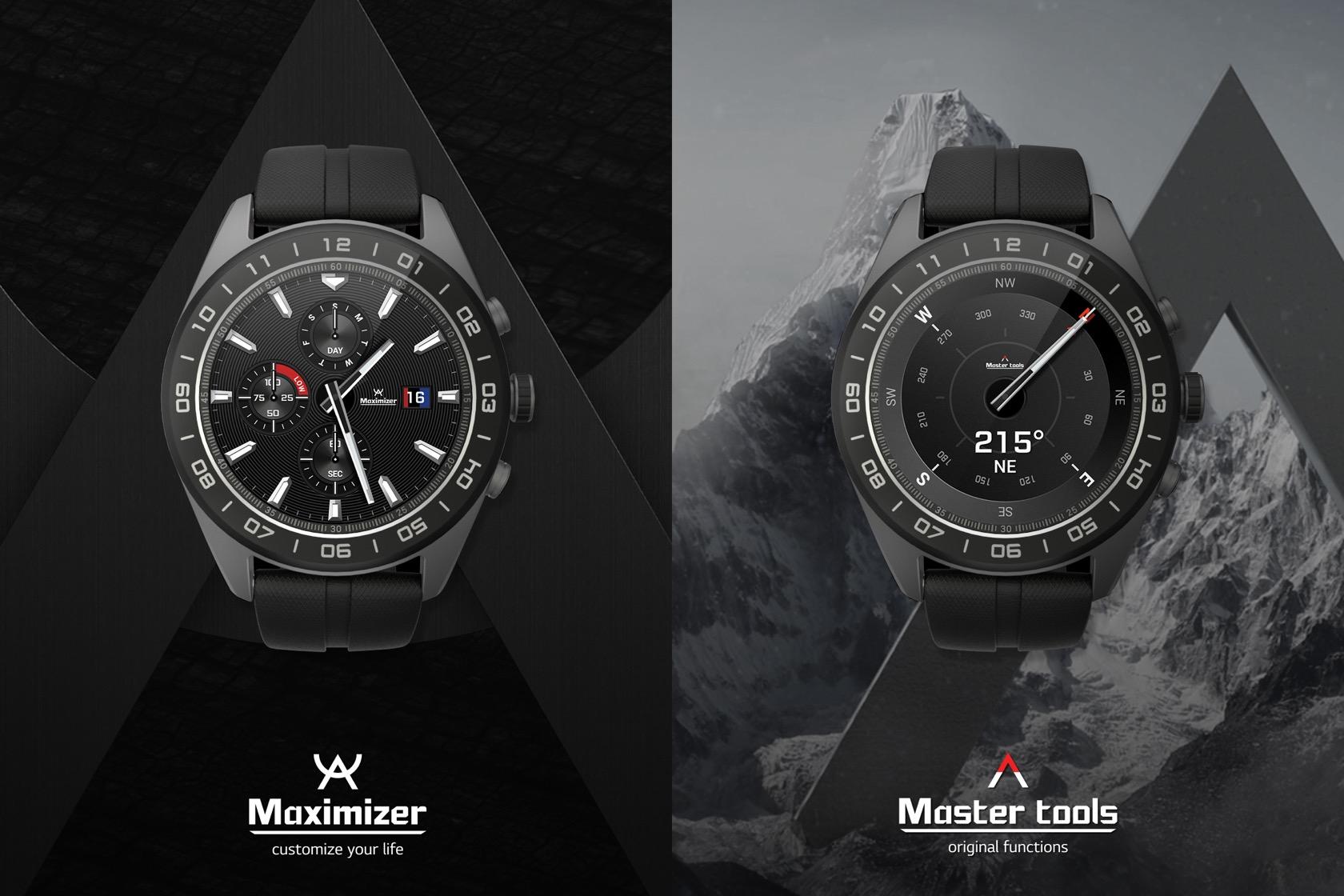 The goal, LG says, was to create a watch that – from a single glance – you wouldn’t be able to tell whether it was a “smartwatch” or something more traditional. We’ve certainly seen smart wearables that promise to combine more basic watch functionality with optional smarter abilities, like the TicWatch Pro, but they still rely on a digital display rather than physical hands.

This combination of analog and digital, though, doesn’t come cheap. LG says that the Watch W7 will go up for preorder on October 7, priced at $449.99. It’ll begin shipping on October 14.