LG’s virtual reality headset is important because of its style, its methodology, and its connectivity. What you’re seeing is another bridging of the gap. Instead of continuing to make slightly less-than-comfortable Cardboard units or ramping all the way up to a headset such as Samsung’s Gear VR, LG’s made a half-step between the two. This LG 360 VR headset has its own display, fits like a pair of glasses, and connects to the LG G5 via USB-C. Simple as that.

Even if you do not plan on purchasing this headset, there are some important facts you should know if you’re following the VR evolution story at large. That’s what we’re discussing here and now.

This headset is a slightly more “open” sort of proposition. While the other major mobile VR headset out on the market so far – Gear VR by Samsung – works with Oculus, this LG headset is the start of something new.

LG worked with Google to assist in the creation of this headset. This headset works with LG’s VR UI (to connect to its other VR apps, accessories, etc.) as well, but nothing as vast as what’s included with the Samsung Gear VR – brought to you by Oculus. 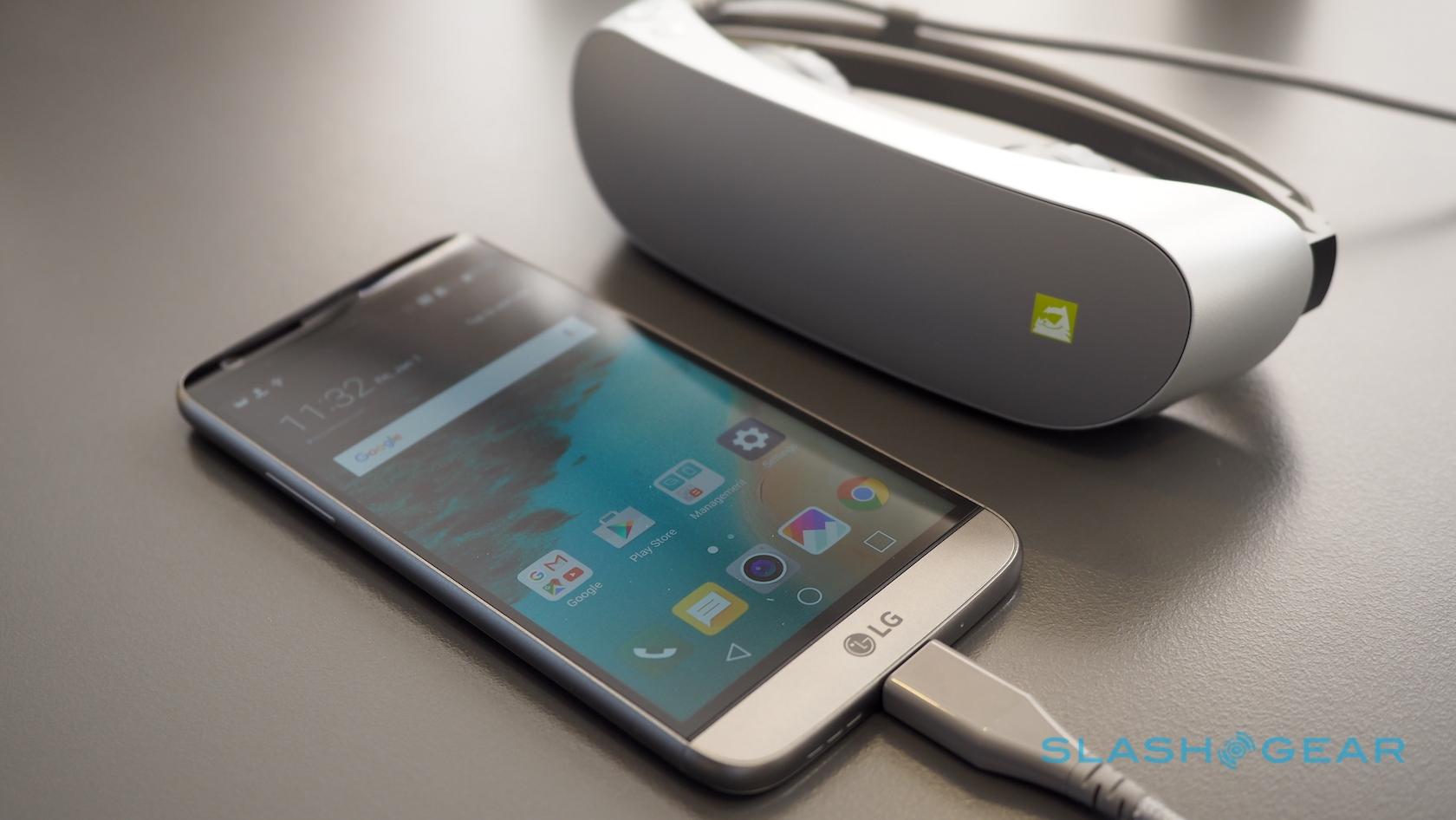 We can’t help but guess that this is just one of a collection of next-generation solutions made by a variety of manufacturers all aiming to take part in Google’s ever-expanding VR environment. Just you wait for the self-contained version.

LG has informed us that this headset will run for 2 full hours on a fully-charged LG G5. That’s a long time. It’s to be expected, though, as you’re not going to be using all the energy required of the LG G5’s display. 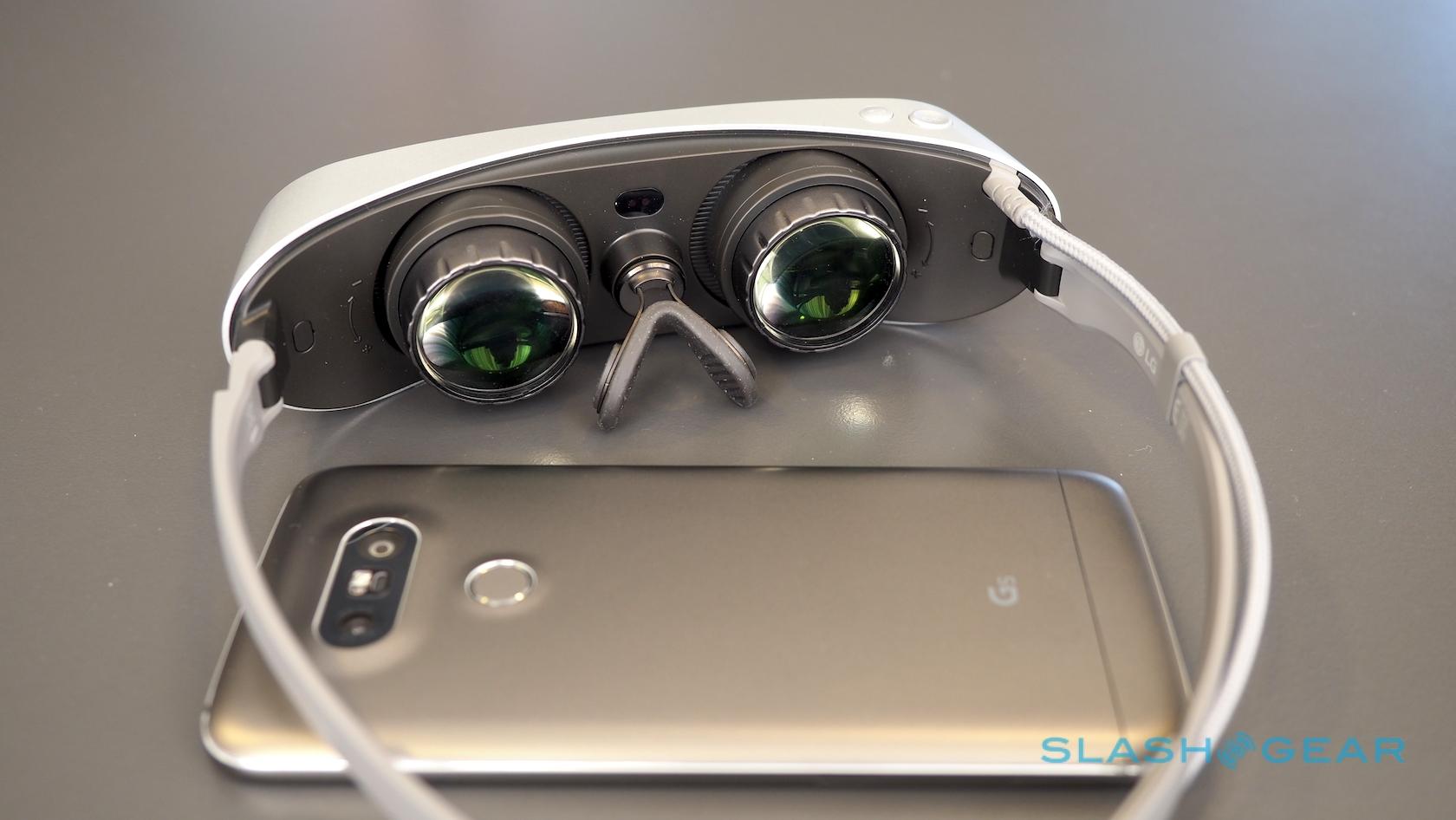 Instead you’re only using the processing power needed to send information to the headset’s display, which runs with a pair of 1.88-inch IPS LCD 960×720 displays.

The LG 360 VR is 1.8-inches tall (45.9mm), and around that deep – there’s also a light shade that fits around the headset that’ll keep light from leaking in around your eyepieces. 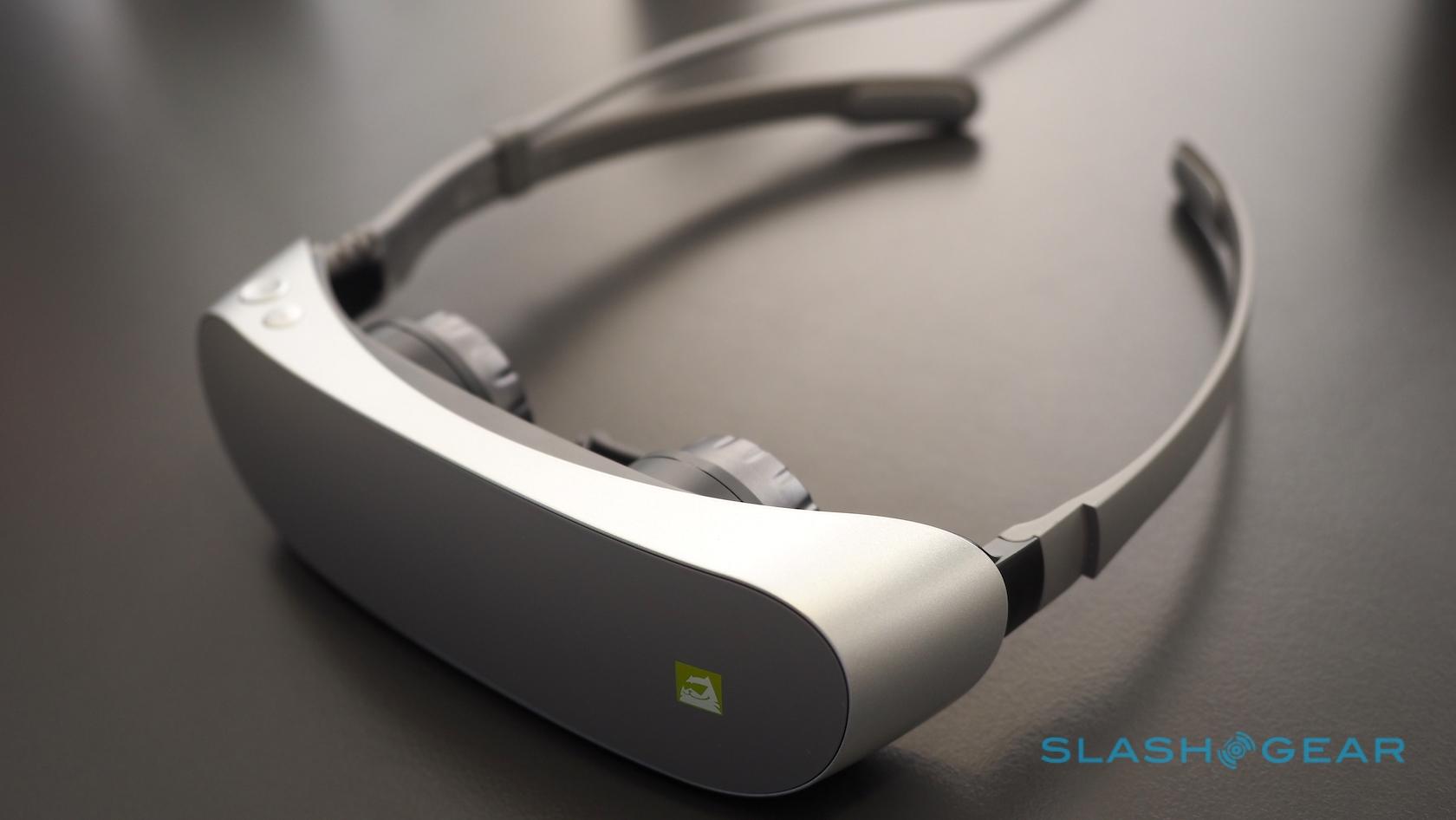 For those of you with headset fatigue, this solution is the lightest of the bunch as well – just 117g.

Not the sort that’s going to weigh down the front of your face. 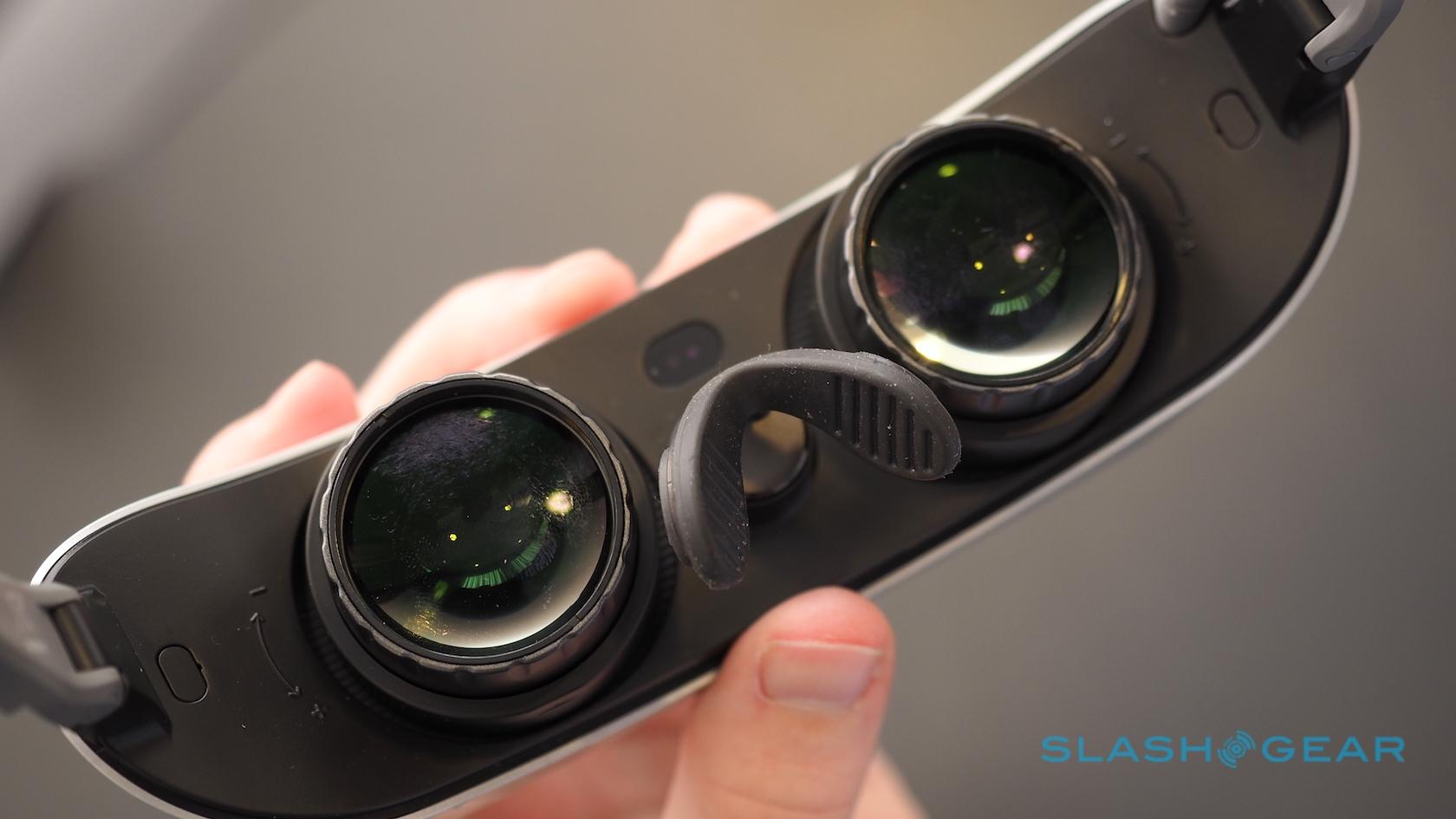 Perhaps the most important distinction in the “wearability” arena here is the fact that the LG 360 VR works with individually adjustable eyepieces. This is a distinction we’ve only seen trumped by ONE other solution: OSVR (with 4-axis adjustability for each eye).

Above you’ll see our hands-on video with the LG 360 VR. Have a peek at our full LG G5 (and accessories) hands-on for more on the rest of the crew.