Lenovo has sheepishly confirmed the IdeaPad A10 Android-based touchscreen convertible notebook, after the rotating hybrid was prematurely listed on Amazon in Europe. The company’s intention had been to officially announce the IdeaPad A10 – which has a 10.1-inch display and runs Android on a 1.6GHz quadcore ARM chipset – this week, spokesperson Chris Millward told PCWorld, but admitted that the company had helped spoil its surprise by leaking the user manual.

“The product has not been canceled” Millward said, confirming that “it will be going out to the market.” However, he would not comment on specific launch dates or pricing, though Amazon Germany had the IdeaPad listed for €249 ($337).

That will get you Rockchip’s RK3188 ARM Cortex-A9 quad-core processor, and a 1366 x 768 touchscreen for navigating Android, specific version currently unknown. There’ll also be 1GB or 2GB of RAM and either 16GB or 32GB of onboard storage plus a microSD card slot to expand that.

Connectivity includes two USB 2.0 ports, an HDMI output, WiFi, and Bluetooth. Just like HP’s Chromebook11, announced earlier this week, the IdeaPad A10 will recharge from a regular microUSB connection, a welcome difference from the usual proprietary charging port. 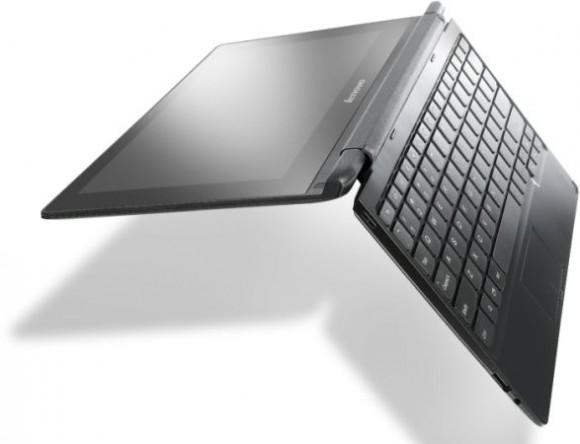 A front-facing 0.3-megapixel camera, microphone, and speakers round out the main specifications. The keyboard has dedicated hardware buttons for Home, Back, and Menu.

Lenovo is no stranger to Android on tablets, though has been wary of putting Google’s platform on laptop hardware. Back in 2010, the company showed off the IdeaPad U1 Hybrid, a combination notebook and tablet which ran Android on a removable screen section, but the project was eventually cancelled before it reached the market.