Supposing you saw the iPhone 5c and didn’t find Apple’s own official cases to be appealing as you’d wished, this week you may be in luck. Industrial Designer and 3D illustrator Martin Hajek has created a set of NURBS models for customization of this basic case, allowing users to get creative as they please. The first thing Hajek did was to open up the center column of holes along the backside of the iPhone 5c case to reveal the iPhone logo.

Hajek also went so far as to create a “5” along the back of the case through the bubbles – though such a case would be a bit more susceptible to pain. At the moment these 3D models will not replicate the materials you’ll find in the Apple cases – they’re only digital. For that you’ll need to go through a lengthy process that’d require quite a few dollars on your part. What you can do, on the other hand, is move through the slightly less expensive process of 3D-printing a case. Of course you’ll need a 3D printer to do that too. 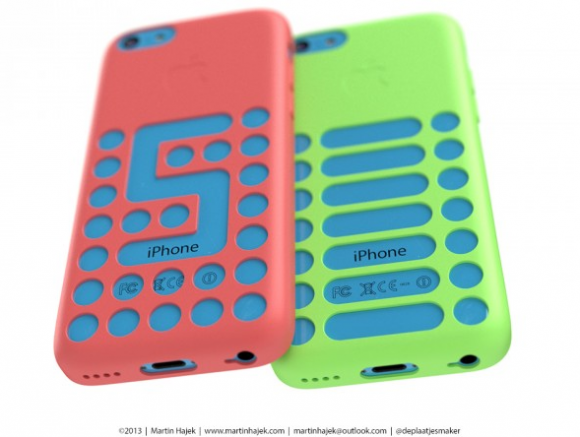 This series of case models is not free – Hajek makes his living creating objects like this in 3D illustrating programs and sells them through sources like TurboSquid. What you can take from this exercise is the idea that it can be done – and that, like previous releases of iPhones since the dawn of the device, there’ll be no shortage of cases to be had for this colorful-backed addition to the Apple mobile family. 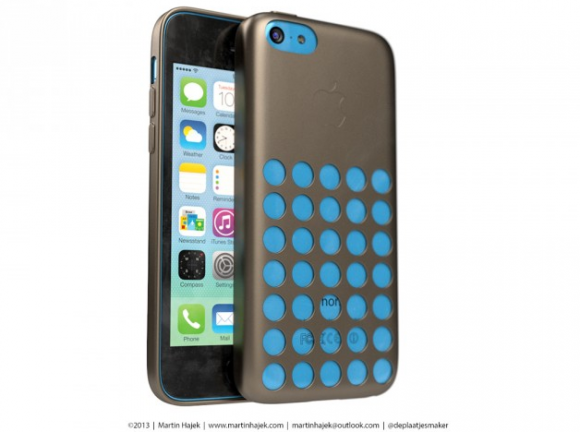 You can find all the information there is to be had on the iPhone 5c and iPhone 5s cases from our hands-on captured on the September 10th Apple event – there you’ll find the true colors of the cases that Apple will actually, really release. Meanwhile theres certainly going to be an abundance of cases from sources like OtterBox and fashion-oriented Moshi in the near future too – stay tuned to see the whole lot!

UPDATE: A set of seemingly official schematics has surfaced from 9to5Mac, both of which you can see in the gallery above. Click each image to see a larger version, right-click the larger versions to see full-sized iterations for whatever you’d like to do with them. Posters, perhaps?