iPhone 5S and 5C Cases hands-on: made by Apple

In addition to making the iPhone 5S and the iPhone 5C official this week, designers at Apple have introduced a set of cases (official Apple-made cases, that is) for both devices. Both cases work with the most basic titles imaginable: iPhone 5S Case and iPhone 5C case, while their makeup is quite different. While the 5S cases move with a real-deal aniline leather, the 5C cases work with silicone exteriors and a soft-touch interior.

With both of these cases, Apple is aiming to make “a case that feel like part of the phone” instead of “something designed around it.” This bit of wording appears to be a bit of dig on the low-quality case makers that’ve flooded the market over the past several years with accessories well below Apple’s official standards. 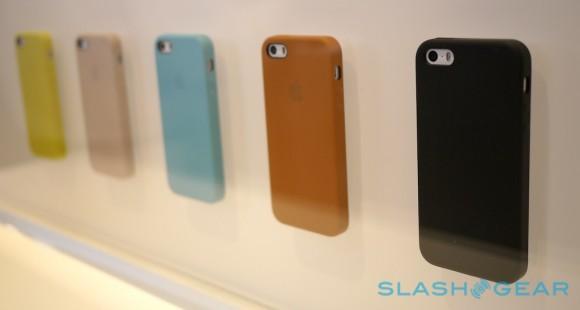 With the iPhone 5S case you’ve got Apple-designed leather application that feels rather slim at same time as it feel secure. While these cases protect your iPhone 5S, they’ll also be looking like Apple made them – a major aim of many of the high-end case-makers out there in the wild. While a trend toward keeping the Apple logo at the back of the iPhone visible continues, Apple uses their own creative license to embed said logo in the case.

This case comes in a series of colors made possible with aniline leather techniques: the dye here is infused into the leather, and the case will change color over time, looking more rugged (and hopefully like a well-worn boot) over time. The iPhone 5S case comes in Brown, Beige, Black, Yellow, Blue, and (PRODUCT) RED. Purchase of the red case will also have a portion of all proceeds headed to the Global Fund to fight AIDS in Africa. 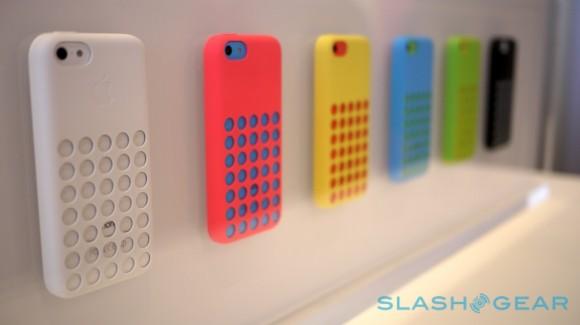 The iPhone 5C Case works with a similarly thin amalgamation of materials that’s ever-so-slightly more soft-touch than the hard polycarbonate of the 5C’s shell, with a soft interior so as not to scratch the smartphone. With 5 iPhone 5C smartphone colors and 6 colors in cases, you’ve got a total of 30 combinations you can make in the end (supposing you own one of each of the smartphone colors, that is.)

Case colors for the iPhone 5C match those of the device, complimenting the device in some combinations and making some rather eye-opening pairs in others. You’ll also notice that there’s a bit of an oddity in the opening in the grid of holes on the back of the device with the case that we’d probably not point out if it weren’t for Apple’s generally microscopic vision for final deliverables: because the holes do not align to fully reveal or fully cover the word iPhone, you’ll be seeing parts of the letters “hon” instead. 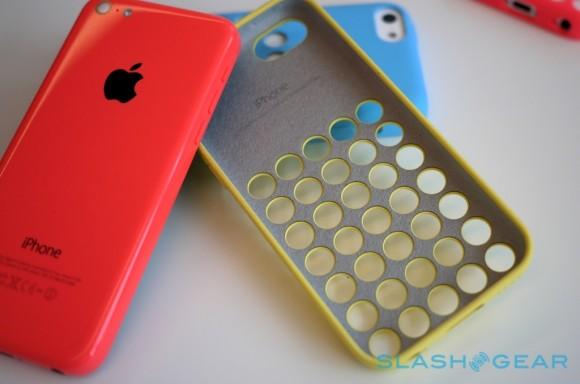 While the iPhone 5C cases will be coming in at $29 USD the same day as the devices are available – on the 20th of September, 2013, the iPhone 5S cases will ring up to $39 USD. These cases cannot be ordered as of the time this article is posted, but will likely be available for pre-order on the 13th, the same as both iPhone devices.