Intel’s new hybrid processors, Intel Lakefield, have launched today, promising smaller and more flexible chips for ultraportables, folding form-factors, and more. Announced first at CES 2020 back in January, Lakefield combines several of the ideas Intel has been working on over the past few years: ultra-low-power CPUs, 3D packaging, and always-on connectivity.

So, they’re the first chips with what Intel is calling its new Hybrid Technology, and built using Foveros 3D stacking. A typical laptop chipset is laid out horizontally, with the various IPs spread out flat. 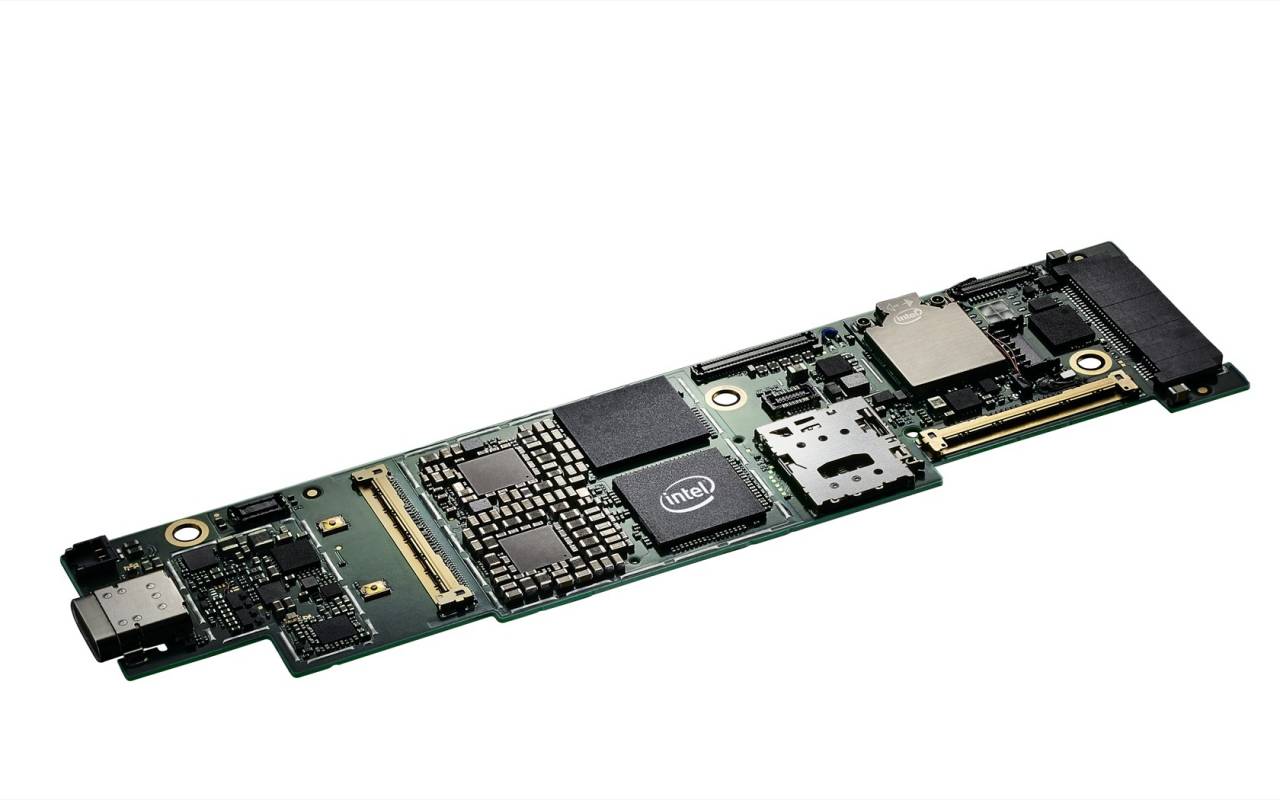 Foveros, though, stacks different technology IP blocks, building them into a “layer cake” with 12 x 12 x 1 millimeter dimensions. Those different layers can be mixed and matched, Intel says, depending on what the chip is needed for: in the case of Lakefield, that means flexible performance for non-traditional hardware designs.

So, Lakefield actually combines different types of core, much as we’ve seen Arm-based chipset designs from Qualcomm, Samsung, Apple and others do for smartphones and tablets. On the one hand, there’s a 10nm Sunny Cove core for maximum performance and any applications running in the foreground. It’s paired, though, with four Tremont cores, which are far more power-efficient.

Those cores handle background tasks, including services which need to be running but don’t require the full potency of the Sunny Cove core. Either way, both high-performance and super-frugal cores are compatible with 32- and 64-bit Windows applications. Real-time communication between the CPU and the OS scheduler means that the best core is picked for the right app.

The result, Intel says, is up to 24-percent better performance per SoC power, and up to 12-percent faster single-threaded integer compute-intensive application performance for the new Core i5-L16G7 Lakefield chip versus a Core i7-8500Y. There’s also more than double the throughput on Intel UHD for AI-enhanced workloads, making better use of the GPU for compute, and up to 1.7x better graphics performance. 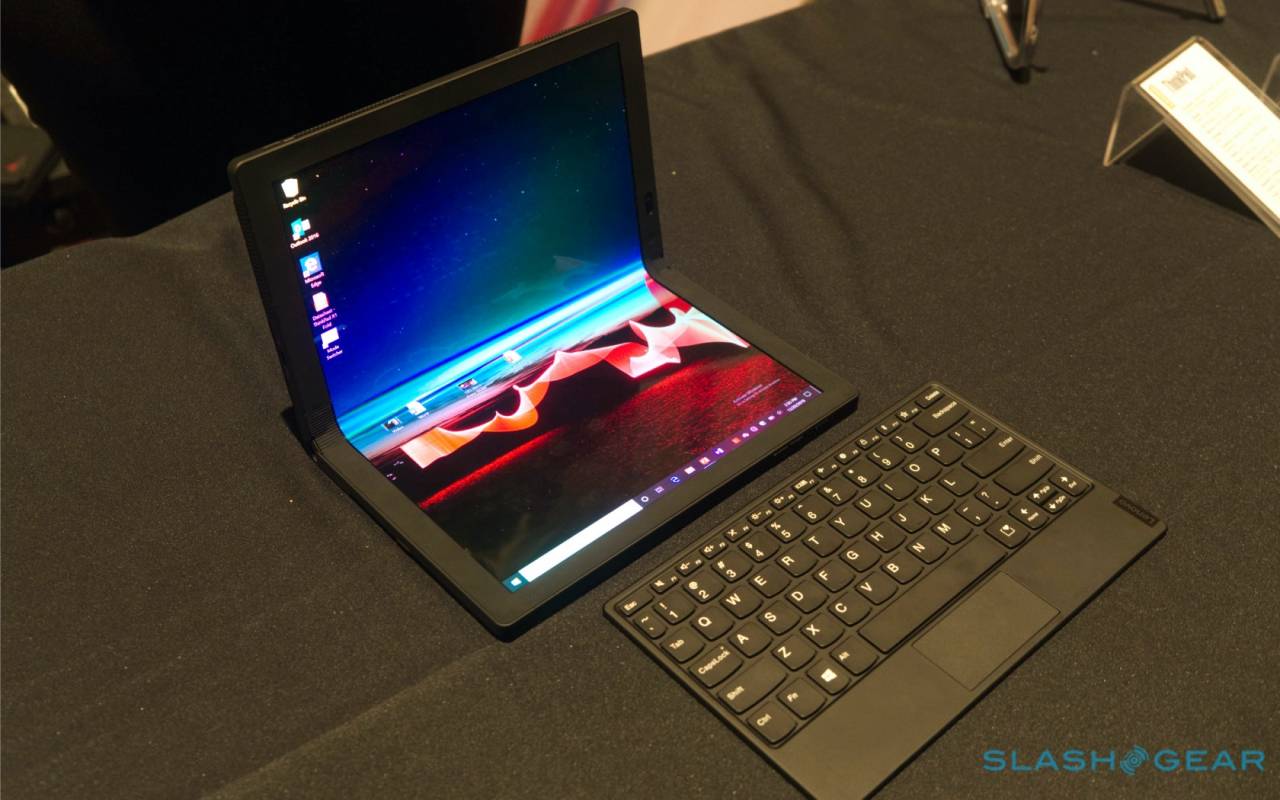 Lakefield chips may be compact and low-power, but they’re still surprisingly capable. There’s support for up to four 4K external displays, for example, while video clips convert up to 54-percent faster versus the Core i5-8200Y.

There’ll be two Lakefield chipsets initially. The 7W TDP Core i5-L16G7 has 5 cores and 5 threads, 64 graphics EUs, and 4MB of cache. It has a 1.4GHz base frequency, 3.0GHz maximum single core Turbo, and 1.8GHz maximum all core Turbo.

While they may be rated at 7W TDP, the reality is that Intel has designed Lakefield to run much more frugally when the situation warrants it. Indeed, they can run as low as 2.5mW of standby SoC power, as much as 91-percent lower than Y-series processors. 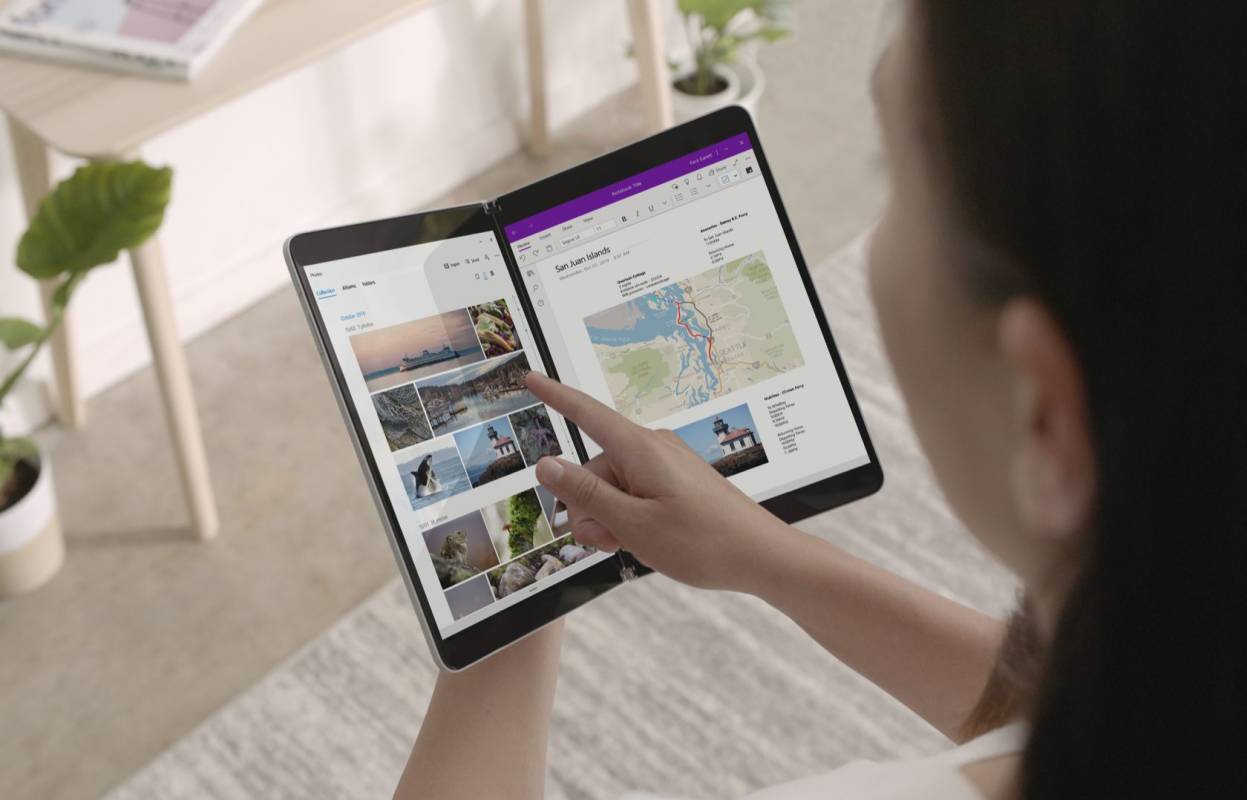 For manufacturers, the upshot is more flexibility in their device designs. Lakefield has native dual internal display pipes, for example, which targets foldable and dual-display PCs. That’s the reason we’ve seen Lenovo use it in the ThinkPad X1 Fold, and why Microsoft will use it for the Surface Neo.

Not all designs will be so extreme, of course. Samsung’s Galaxy Book S, for example, looks more like a regular ultraportable notebook, but taps Lakefield’s combination of frugality and compact size to offer an alternative to the existing Arm-based version.

Lakefield’s debut comes at an interesting – and pivotal – time for Intel. The chip-maker has faced criticism in recent years for the relatively slow pace of its nanometer production transition, mixed with speculation that some of its long-standing device partners may be losing confidence in the Core strategy. Apple, for instance, is expected to announce its transition to self-designed Arm-based chipsets for Mac at WWDC 2020 later this month. While the Cupertino firm may not be Intel’s biggest customer, it’s nonetheless a feather in the chip-maker’s hat as it sees increased competition in laptop compute from rivals more commonly found powering phones and tablets.