Samsung has revealed a new Galaxy Book S with an Intel processor, swapping out Qualcomm’s ARM-based Snapdragon chip for an Intel Lakefield Hybrid CPU. It’s the first implementation of the new processor tech, which stacks its silicon in three dimensions for a much smaller form-factor overall.

That paves the way for thinner and lighter notebooks – and indeed the Galaxy Book S is 6.2mm thick at its narrowest and 11.8mm at its widest, and 950 grams (2.09 pounds) – but also more frugal ones. It also means that the notebook can continue being fanless, just as it is in Snapdragon 8cx form.

The new Intel-powered Galaxy Book S doesn’t come as a complete surprise. Samsung first talked about a version with Lakefield back in October 2019, alongside its Project Athena-verified notebooks. Chatter of the new notebook resurfaced earlier this month, when a premature listing for the ultraportable was spotted online.

Released earlier this year, the original Galaxy Book S used Qualcomm’s ARM-based chipset and took advantage of Windows on ARM. Its advantages are the same sort of power frugality that we’re familiar with from Snapdragon-based smartphones, not to mention baked-in LTE. The downside, though, is some headaches with performance around traditional Windows apps. 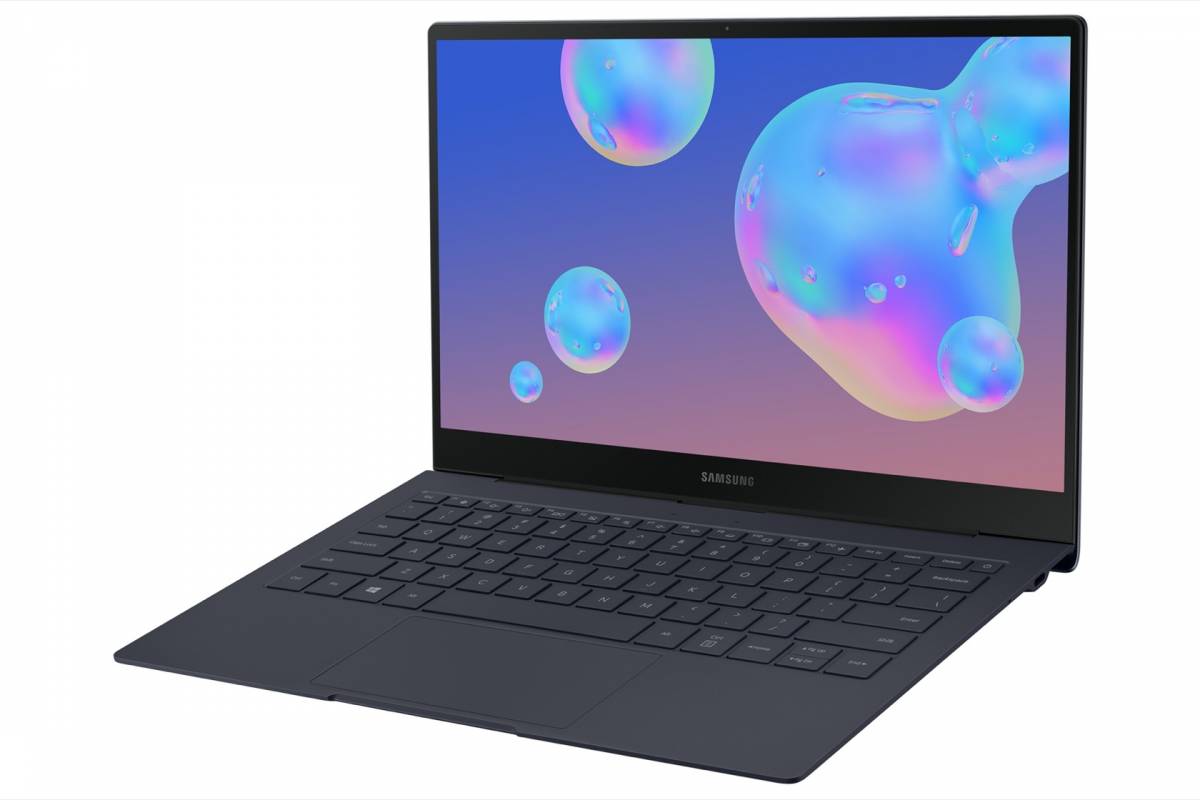 This Intel-based version should skip those issues. It will run Windows 10 Home or Pro, with 8GB of LPDDR4x memory and either 256GB or 512GB of eUFS memory. There’s a microSD slot to expand that with up to 1TB cards.

Connectivity includes WiFI 6 (Gig+) and Bluetooth 5.0, as well as embedded LTE Cat.16. There are two USB-C ports, and a headphone/microphone combo jack. Samsung has found room for quad stereo speakers supporting Dolby Atmos, together with a fingerprint sensor for Windows Hello. There’s a 1-megapixel webcam above the 13.3-inch Full HD touchscreen.

The promise, therefore, is the same sort of portability that the original, Snapdragon Galaxy Book S offered. That includes the metal body – available in Earthy Gold and Mercury Gray – and an Outdoor Mode that can boost screen brightness to 600 nits. It also includes Microsoft Your Phone support, for connecting with an Android smartphone and delivering things like notifications, messages, and copy & paste across both.

What Samsung isn’t talking about is battery life. The Lakefield Galaxy Book S has a 42Wh battery, but it’s not giving specifics on runtimes; according to the early product page, though, we should expect 17 hours of typical use. Not bad at all for an x86 laptop, especially one so lightweight, but well short of the 25 hours that the Snapdragon Galaxy Book S promises.

Pricing for the new version hasn’t been confirmed, though the Snapdragon 8cx model starts from $999.99.