I ordered and paid for coffee via an app, and it was awesome

Yesterday, Starbucks announced they’d be launching a program in Portland to allow customers to order and pay in the app. Being a resident of Portland, my immediate reaction was one of disbelief (we typically don’t get opportunities like this), then curiosity. Is ordering and paying for something in-app as good as it sounds, or would there be severe hiccups that would make it an experience to forget? To test Starbucks’ new program out, I ordered coffee. From my phone.

In theory, this program should be just like standing at a counter. Order coffee, pay for coffee, pick up coffee. the difference should be that the only thing I need to be physically present for is the last step.

Like many, I have a Starbucks less than a mile from me. Coffee doesn’t take long, so I should be able to order a drink, drive, and have them hand it to me, right? 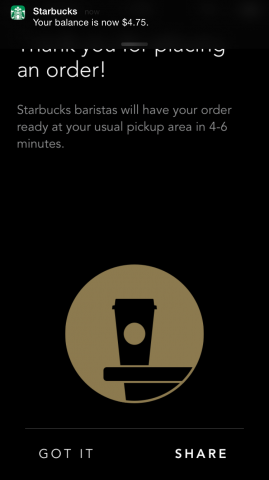 Though it takes a bit of setting up (you have to have the Starbucks app, with a profile, and funds on your Starbucks card), the experience was as seamless as you might imagine. I quite literally ordered my coffee, drove to the Starbucks, and they had it waiting for me.

They even knew it was for me, and addressed me by name. All I said was that I ordered via the app, and they had it ready and waiting. I went through the drive-through, but the employee who handed me my coffee told me had I walked in, it would have been sitting on the pick-up counter for me.

I could have ordered and paid via the Starbucks app, then walked in to grab my coffee — all without ever talking to an actual person. 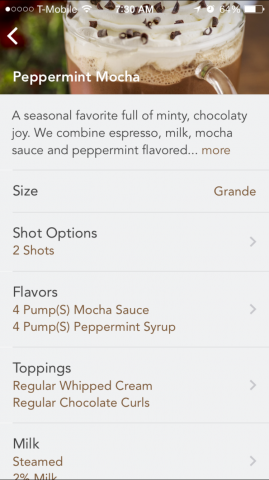 In letting Portlanders pay for coffee in an app, Starbucks has moved their line to the digital realm. For those who are plugged into the Starbucks ecosphere a bit more than most, getting coffee (and the coffee you want; the ordering controls are wonderfully granular) can be a quicker proposition than it was before today.

Ordering and paying for coffee via an app is new to me, and it’s weird. I hope it catches on, though. I’d love to be able to do this elsewhere, and with foodstuffs or other goods. 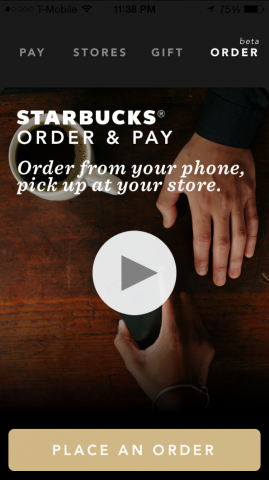 We should all hope this catches on outside of big business. Here in Portland, we’ve got a ton of small and medium sized businesses that residents love supporting. Many of them use Square as their payment processor, where Order could be very similar to what I experienced today.

We’re more comfortable using our phones as powerful little engines to push other things in our lives along. The proliferation of Chromecast speaks to that, as does DIY home security or Apple’s continuity. Mobile payments can and should be the next step in that process, because it’s lunch time, and using a credit or debit card seems really outdated now.