If you were excited to get the chance to hand-off MMS and SMS messages in iOS 8, you’ll have to wait a bit longer. Apple has quietly revamped the page on their site discussing the new feature, noting it’s coming — in October. That’s a solid two weeks after iOS 8 officially launches on September 17.

Called Continuity, the feature builds on a feature iOS users can already do with one another. Currently, if you are in a chat between someone else with an iOS device, you’ll be able to transition between your iPad and iPhone to continue that chat with the other party. Continuity made that feature available to all messaging, whether the other person uses an iOS device or not. 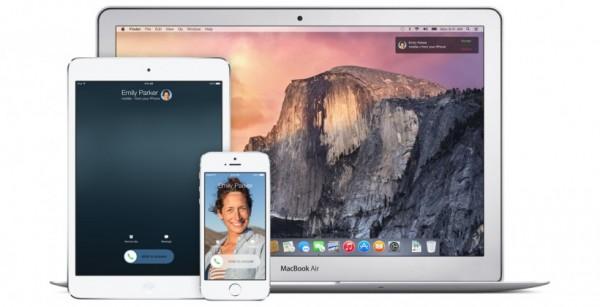 It’s not clear why the feature won’t launch with iOS 8, but the prevailing thought is that there are issues with this feature and OS X Yosemite. Apple’s dual operating systems have a feature that allows you to transition your messaging onto the desktop as well as your mobile devices, and we’ve not yet heard when OS X Yosemite will arrive.

It’s a bit frustrating to wait a touch longer than expected. If nothing more, we should hope whatever may be holding the feature up doesn’t disrupt OS X Yosemite coming as soon as possible. If iOS updates when Yosemite hits, the surge of updates might overwhelm you.