HUVr Hoverboard isn’t real, but these Back to the Future products are

While we’re far from convinced that the “HUVr” floating skateboard presented today is the genuine article, we’ve been seeing some other fantastic real-life Back to the Future gadgets and toys in the recent past. While the whole lot could be ramping up toward a fourth installment in the Back to the Future series of Steven Spielberg films, it’s far more likely that the spirit of the series is simple alive and well.

First you’re really going to need to see this HUVr campaign. The folks behind it are trying their darndest to convince the public that they’ve got a Hoverboard ready for action – and they’re not above bending the truth to make their aims a reality.

Thats Billy Zane in the video above – not just your best friend slash model slash really, really good looking fellow. One of his first acting jobs was in Back to the Future, there taking on the role of one of the bullies rolling with their own Hoverboard collection with Biff. They don’t work on water!

Next you’re seeing the DeLorean LEGO kit, as constructed just this February. This set was first made by a fan as part of the CUUSOO initiative, fan voting and all. Now it’s real, and it doesn’t need roads. 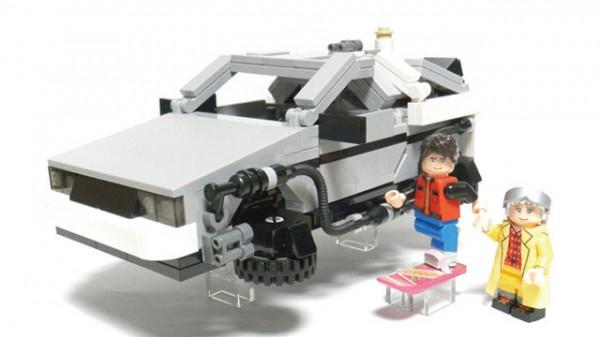 Next we’ve got the real deal DeLorean as driven by the Doc himself to CES 2014. We saw this beast roll up to the
stand for promotion of their guitar lineup, but the real Back to the Future news is in the notion that the DeLorean is actually currently in production right now, and they have been since they decided to restart back in 2007. 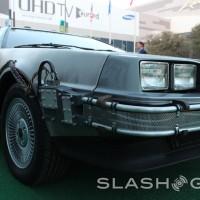 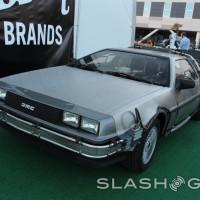 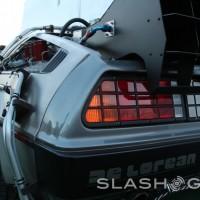 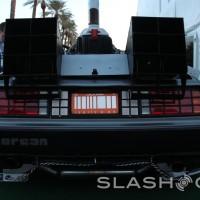 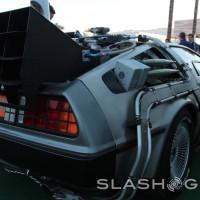 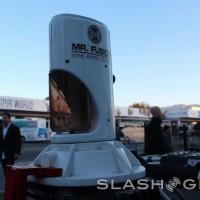 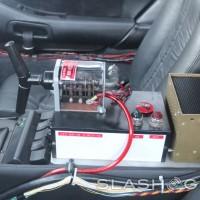 Of course the electric edition may be more .your style here in 2014. Meanwhile the original – one of the originals, that is – is on display at Universal Studios after having been in restoration for nearly the entirety of 2012.

Finally there’s the NIKE MAG sneakers. These beasts were worn by Marty McFly in Back to the Future II and have been sought after by ravenous sneaker collectors ever since. Back in 2011 a limited run of these sneakers were released for charity – we had a detailed look at how the whole event series went down. 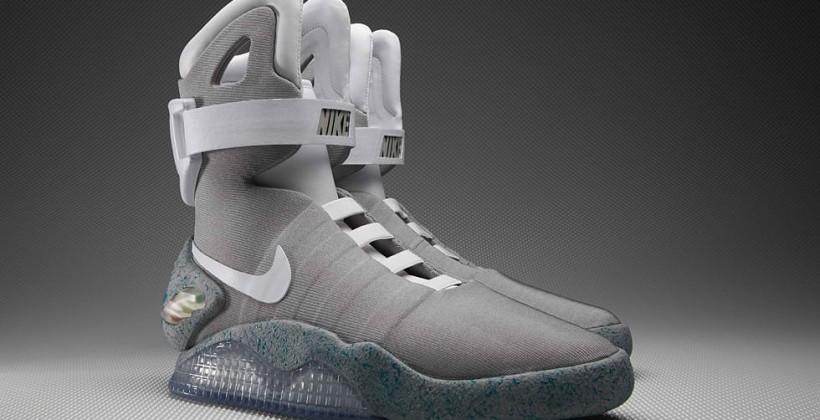 Since then there’s been chatter about a pair of MAGs with power laces. The originals – in the film – came with the laces, after all, and the 2011 set didn’t have electronics as such. Since we’ve got until 2015 to get the laces in-tact, none other than the creator of the originals, NIKE VP Tinker Haven Hatfield, spoke up about the next versions.

“Are we gonna see power laces in 2015? To that, I say YES!” – NIKE VP Tinker Haven Hatfield with SoleCollector

We’ll be waiting! Maybe by 2025 we’ll have the real Hoverboard to go with it. We’re looking at you, Mattel. 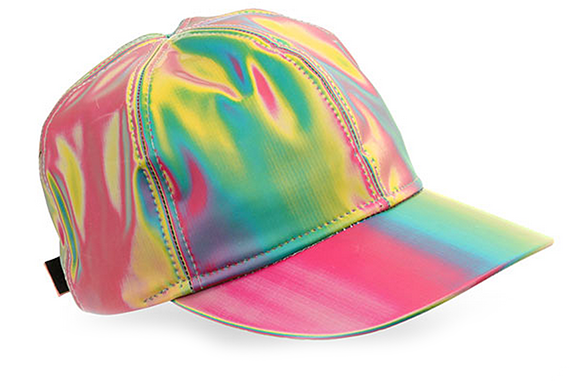 BONUS: For the McFlyest gent or lady in your crew, there’s also the 2015 Marty McFly II hat. This hat doesn’t work like a mood ring, but it certainly reflects the way you want to present yourself to your fellow citizens in a colorful way.