HUVr: Back to the Future’s Hoverboard gets “real”

There’s a campaign running right this minute with some wizards of video effects that have some surprising celebrity connections up their sleeves, one that suggests they’ve finally created the real Hover Board from Back to the Future. This is a viral campaign, working with celebrities like model Billy Zane (also BTTF actor), skateboarder Tony Hawk, and actor (and the original “Doc” from Back to the Future) Christopher Lloyd. They also suggest that it’s all very “real.”

In the first demonstration video you’re about to see, Lloyd suggests that the technology has caught up with reality, and that we’ll soon be able to ride our own “HUVr board”. This video even goes so far as to suggest that “the following demonstrations are completely real.” 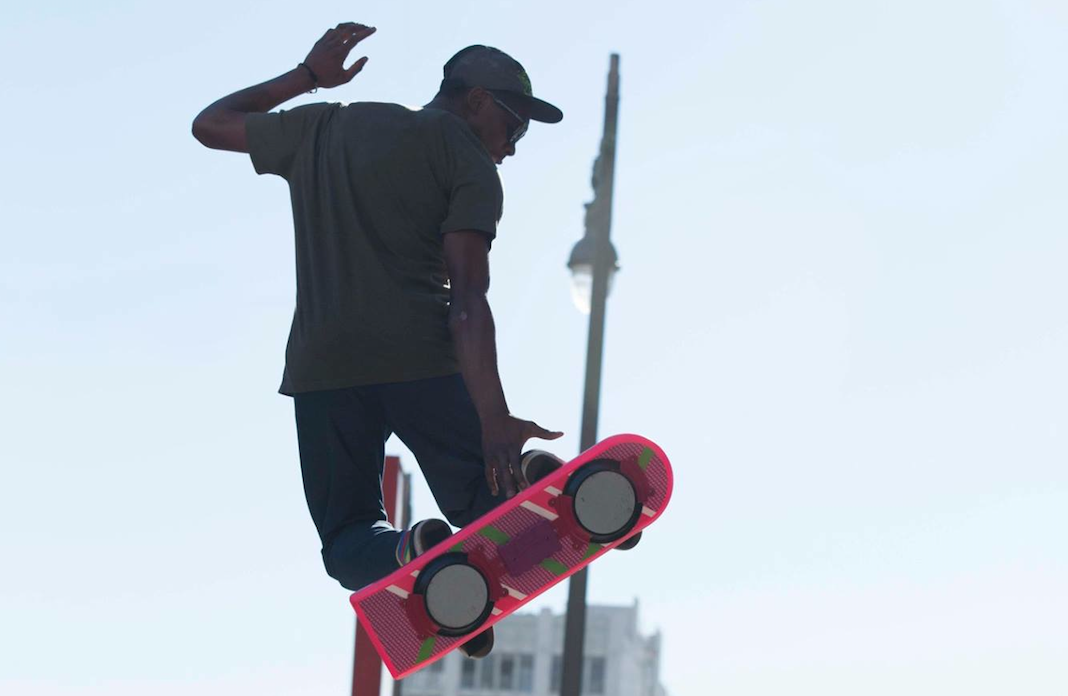 You’ll also see musician Moby, who demonstrates how the board will work with iPhone and Android devices with a HUVr app. Athlete Terrell Owens speaks up suggesting that he “felt like I was out of this world for a second, and I looked down, and my feet were off the ground.”

If it seems too good to be true, it’s because it is. If for no other reason than seeing the massive amount of overproduction done on these videos, and this sentence: “this board has more technology in it than the satellites we sent to space in 2010.”

Below you’ll see another video in which the HUVr representative suggests the board was sourced from “Back From The Future.” Watch near the end of the video to see a HUVr rider pushing off of the air, rather than the ground.

The following text is from the HUVrTech website where it’s clear that the crew intends on revealing their true intentions in December of 2014. The website appears to have been up since December of 2013.

“What began as a summer project in 2010 at the MIT Physics Graduate Program has evolved into one of the most exciting independent products to be developed out of MIT since the high-powered lithium-ion batteries developed by Yet-Ming Chiang in 2001.

Our team consists of materials science, electricity & magnetism experts who’ve solved an important part of one of science’s mysteries: the key to antigravity.” – HUVr Tech

The webpage for the company is protected from analyzation by Protected Domain Services, though we can see that it was created on the 25th of November, 2013 – or at least protected from that date forward.

One possibility here is that Back to the Future IV is headed our way by the end of the year. Another is that there’s another video game appearing soon. We’re of the opinion that the most likely scenario is another Late Night prank – we’ll see soon enough. Meanwhile we’ll be grumbling about the fact that there isn’t actually a real Hoverboard to speak of.

UPDATE: as luck would have it, the original actor (Back FROM the Future), has been located. His name is Nelson Cheng, and this is his reel of works.

Thanks to Andy Baio for finding this fellow. This doesn’t necessarily rule out the idea that the product is real (even though it’s clear it isn’t), as companies hire actors to portrait scientists and professionals all the time, for a variety of different products.

This bit was pointed out by Mashable today in a move that – if you’d still been holding out hope beyond hope – should readily dash your dreams to pieces. Now we await the funny part of this Funny or Die expedition.