HTC U11 hands-on: The Android flagship you want to squeeze

There’s a lot riding on the HTC U11, the company’s new flagship Android smartphone. As the name makes abundantly clear, the U11 is a phone which straddles the gap between two of HTC‘s existing lines. On the one hand, it’s the successor to last year’s HTC 10. At the same time, though, it’s also part of the U series, borrowing liberally from the aesthetic of the HTC U Ultra launched earlier this year.

Then, while most agreed that the glossy-bodied U Ultra was a handsome phablet, its fairly midrange specifications didn’t quite live up to its top-tier price tag. Speaking to HTC now, I get the impression that the U Ultra’s reception in the US didn’t entirely come as a surprise. Its phablets aren’t really a volume driver in the country, it points out, and the U Ultra was never intended to find a place in carrier channels. Instead, it was the first stage in telling a new story. 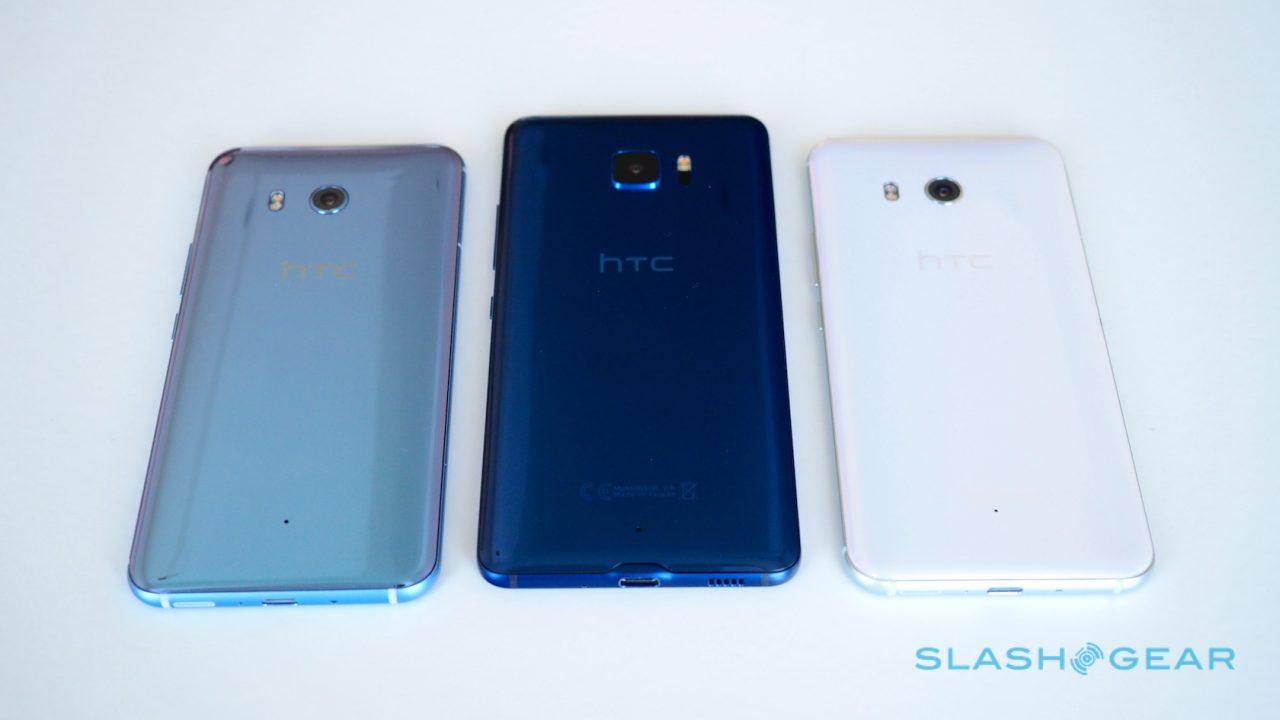 That story centers on the HTC U11. Like the U Ultra it features the phone-maker’s “Liquid Design” language, moving away from the all-metal unibody of the M series in favor of a sandwich of glass around a narrow metal chassis. The taste we had of that with the phablet has been refined in the intervening months, however, with some of the common complaints smoothed away.

So, the camera no longer has the chunky bulge on the rear, and similarly the raised bump around the USB-C port has been flattened out. The detailing is more restrained and precise, too. There’s a smoother join where the glass meets the metal frame, and the LED flash relies on a smaller assembly. You get IP67 water and dust resistance. 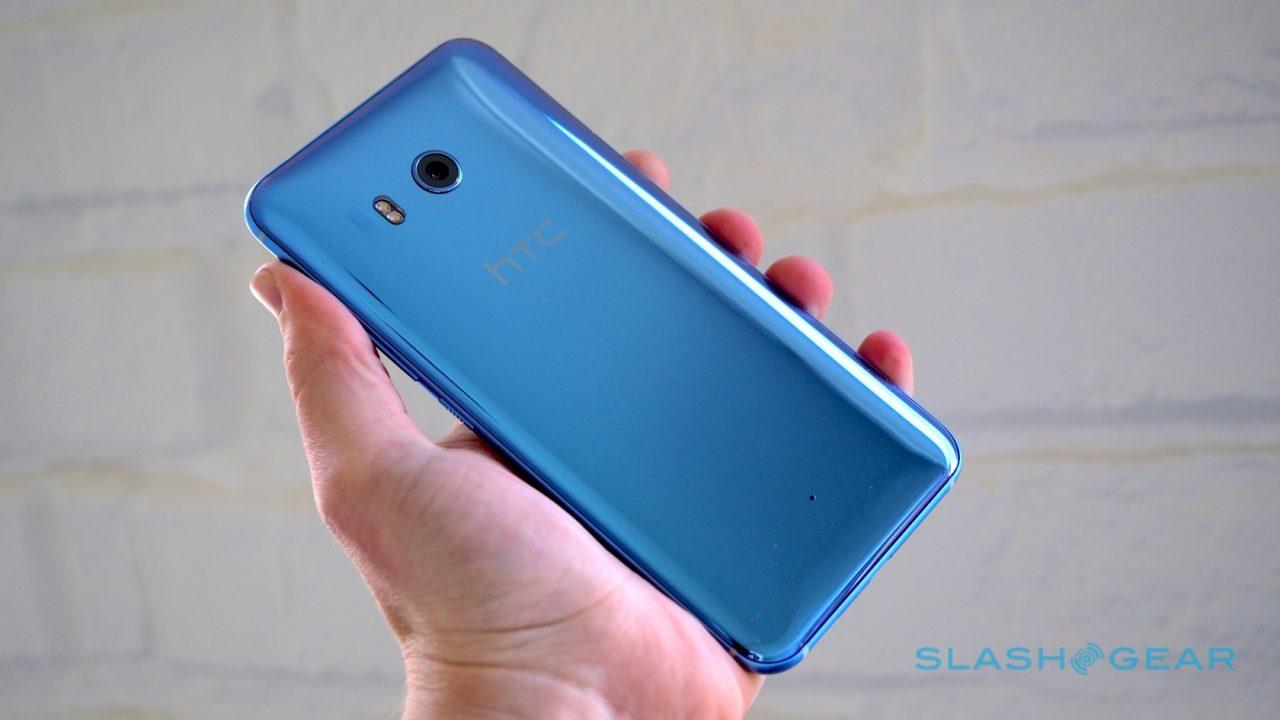 “We feel that we’ve really taken this design language and refined it with this,” HTC’s Nigel Newby-House, Associate Vice President of Portfolio Planning & GTM, told me. That meant identifying what people liked from the company’s previous phones and making sure all those boxes were still ticked, even as new materials play a greater role. The torsional rigidity of the HTC 10 is a good example, and so HTC paid particular attention to ensuring the unibody chassis of the U11 was equally flex-free before laminating the glass in place.

That glass is cleverer than it might first appear, too. It’s three-dimensionally formed, a multi-stage process that sees each piece bent in multiple planes. Step by step, the compound curves are built up. The color – Amazing Silver (which has an unusually blue tint), Sapphire Blue, Brilliant Black, Ice White, and Solar Red – runs through the second surface of the glass, meaning scratches won’t dull or mar it. It also opens the door to more interesting light refraction that change considerably depending on angle. 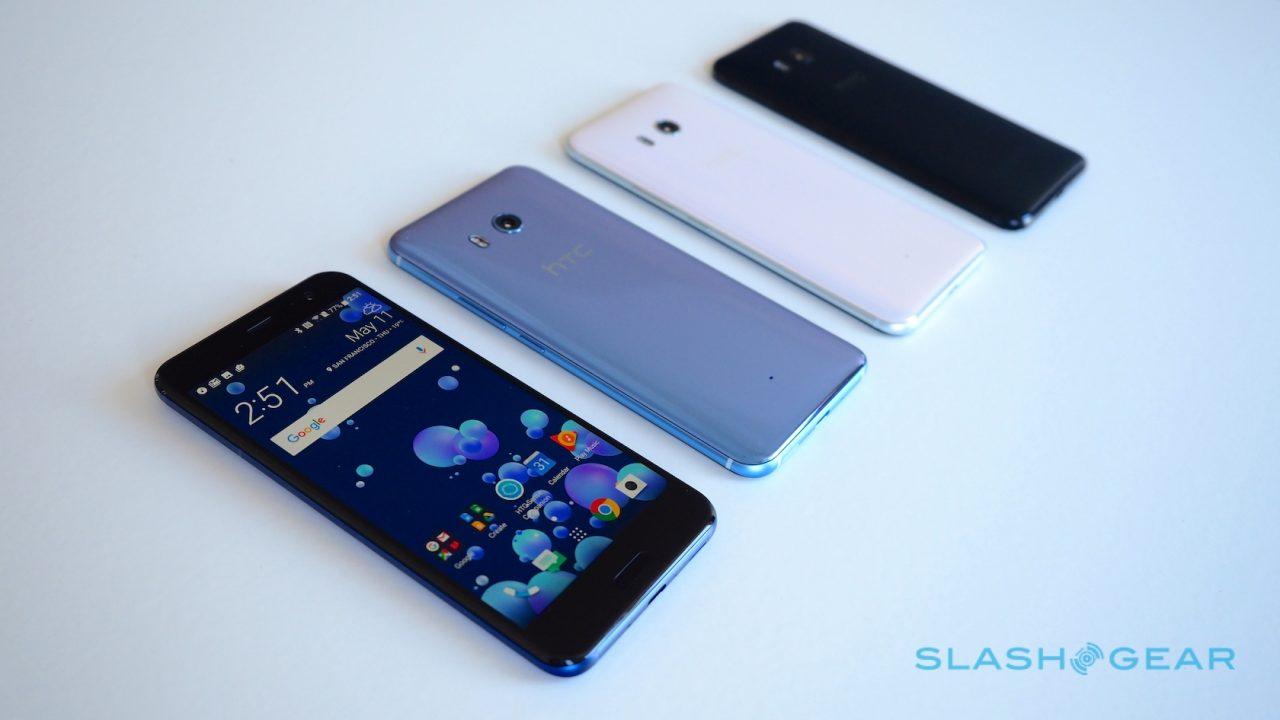 So, the U11 encourages you to pick it up, and when in your hand there’s a special feature too. HTC built pressure sensors into the sides, running down roughly the lower 50-percent of each edge, which allow the phone to figure out how tightly you’re holding it. Since they don’t rely on capacitive touch, they’ll recognize your grip even if you’re wearing gloves or the U11 is inside a case.

It’s called Edge Sense and, to begin with, it can be used for two shortcuts: a short squeeze and a longer squeeze. For instance, a quick application of pressure could load Google Now, while holding a little further could open the camera. It’s customizable, as is the degree of pressure required to trigger Edge Sense in the first place. Depending on the app, a further squeeze can act as a trigger, too: in the camera, for instance, you can take a photo by squeezing rather than having to reach for the on-screen control. 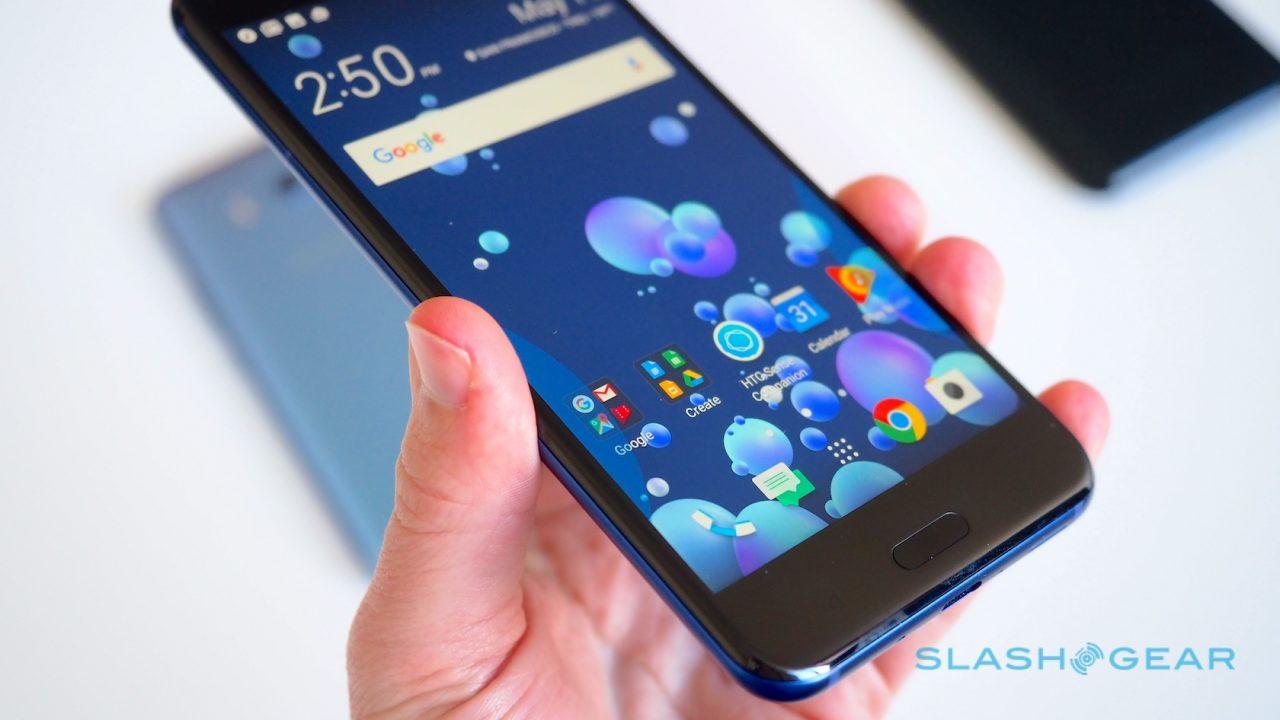 Fair to say, it’s early days for Edge Sense. Certainly, I can see times when it could be useful: being able to open and operate the camera while still wearing gloves might be preferable in cold weather, for example. All the same, though the sensors are able to measure a wide range of pressures, HTC’s limit to just two shortcuts feels like unnecessary restraint. As people get used to Edge Sense, I’m told, HTC will expand it to support more squeeze-based interaction, but nobody is saying exactly what form that might take.

Elsewhere, there’s a 12-megapixel UltraPixel camera on the back, using a third-generation chip with f/1.7 optics and 4-axis optical image stabilization. Gone is the laser autofocus of the HTC 10, replaced with Dual-Pixel autofocus instead. The front camera is a 16-megapixel sensor paired with a 150-degree wide-angle lens.

HTC has fitted the U11 with a total of four microphones, and the phone uses them in different ways. For recording 4K video, you get the choice of either Hi-Res 24-bit audio or 360-degree surround audio. Thanks to Qualcomm’s low-power audio processing, however, one of the microphones is always listening out for a keyword trigger: if it hears one, the other three microphones are instantly powered-up, a quick directional calculation is performed, and the microphone pointed in the most effective direction is left active.

“We want to make sure the U11 is one of the best products for developers and service providers to make sure they get the best experience,” Newby-House explained to me. With that in mind, and the growing popularity of voice services, the U11 is designed not only to work well with the “Ok Google” trigger for the Google Assistant but Amazon’s “Alexa” wake-word too.

Alexa support won’t be in the U11 right at launch, with HTC saying it expects to add it as an update within 30 days of release. When that happens, though, you should have a fairly consistent voice experience with Amazon’s own Echo. While other phones have offered Alexa functionality through the Amazon app, the U11 will offer completely hands-free interaction. 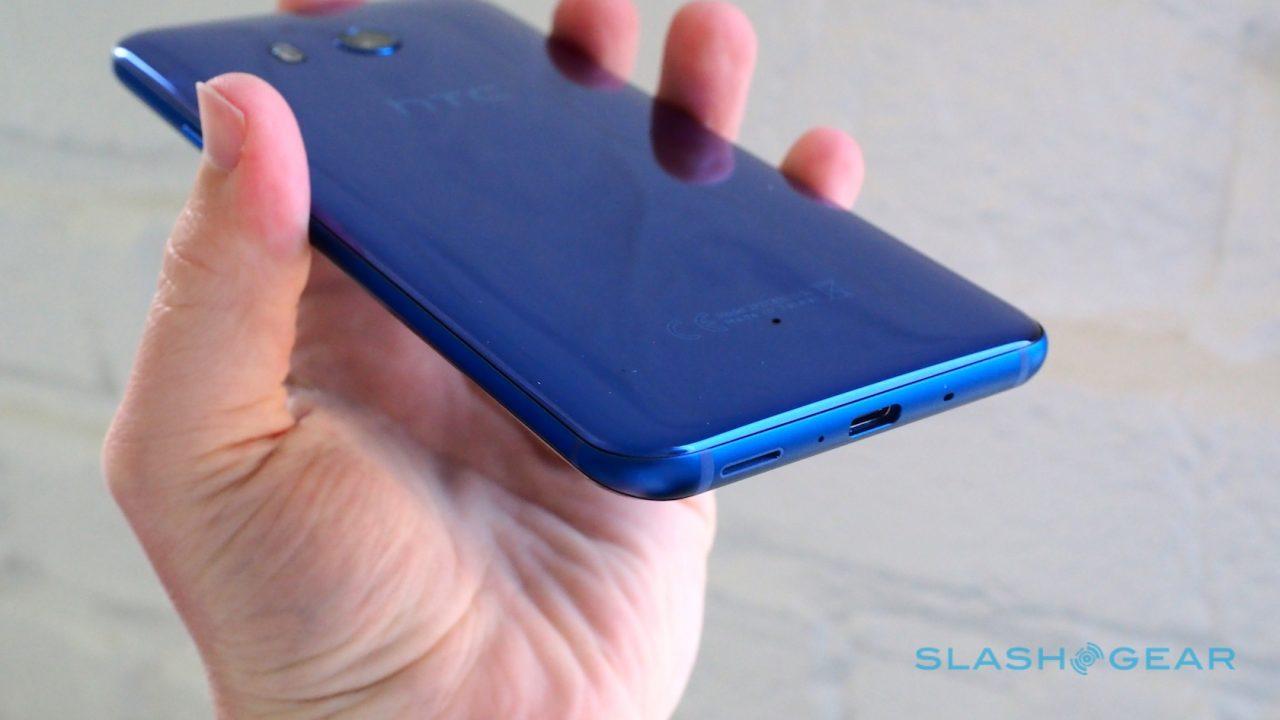 That said, you won’t be able to do everything on the U11 that an Echo can do. Amazon and HTC are working on a subset of features that make sense for a phone; eventually, I’m told, it’s likely that the U11 will get phone-specific functionality that won’t necessarily be on a smart speaker intended for the home. Unfortunately we don’t currently have a list of what will – and won’t – be supported at launch.

The display is a 5.5-inch QHD panel that, unlike Samsung’s Galaxy S8 and LG’s G6, sticks with the 16:9 aspect ratio. “We’ll certainly keep a look on that space, but right now if you change to 18:9 the whole software configuration has to change,” Newby-House points out. “We’ve decided to stick with 16:9 for this year.” 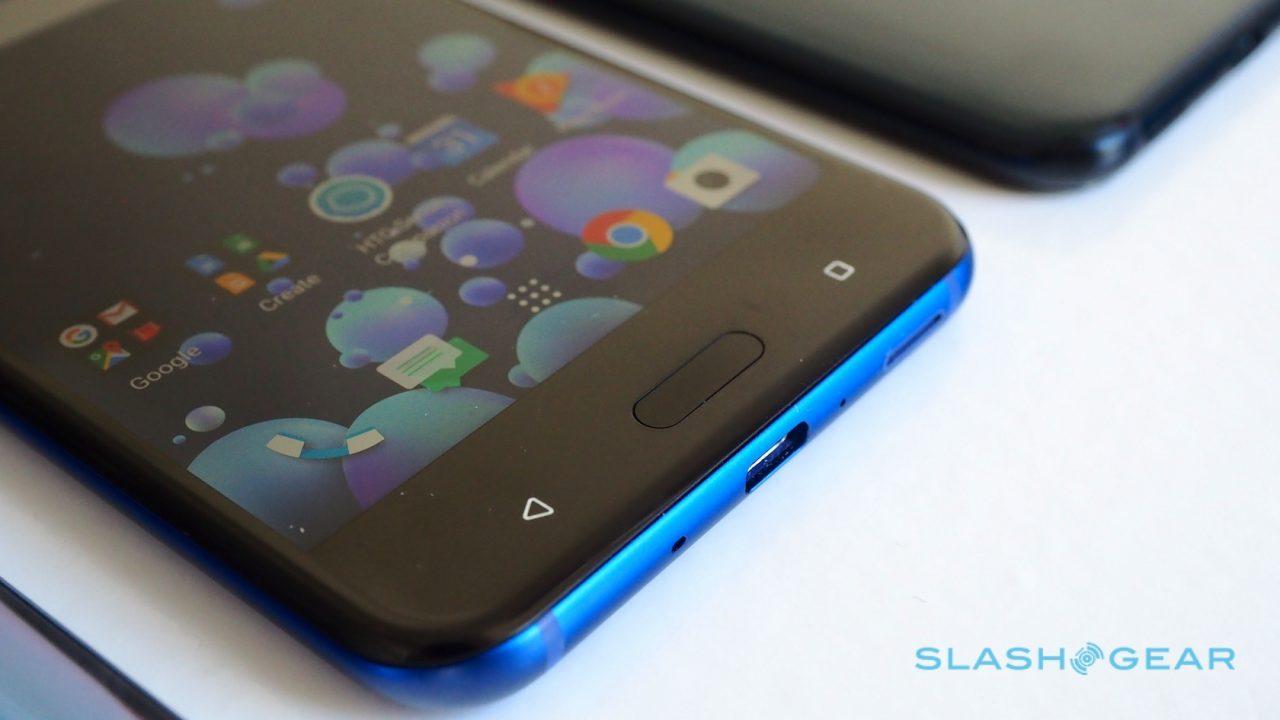 It’s surrounded by a new version of BoomSound. As with the HTC 10, the dual front-facing speakers of early M series phones are gone, replaced with a combination of the earpiece and a bottom-mounted speaker that work in tandem. However, it’s a vastly more effective setup than on the HTC 10. “The guy in the audio department won the battle this year” for dedicating internal air-space for the lower speaker, Newby-House told me, and you definitely notice the difference. Side-by-side with last year’s flagship, the U11 is louder and has significantly stronger bass and richer tones.

If you’d still rather stick with headphones, there are a set of HTC’s U Sonic USB-C earbuds in the box. As on the U Ultra they build up a personalized audio profile to suit your own ears, though the process by which that happens has been streamlined even further on the U11. The new phone also adds in active noise cancellation (ANC), and this time around HTC is ready for any potential criticism around ditching the 3.5mm jack. 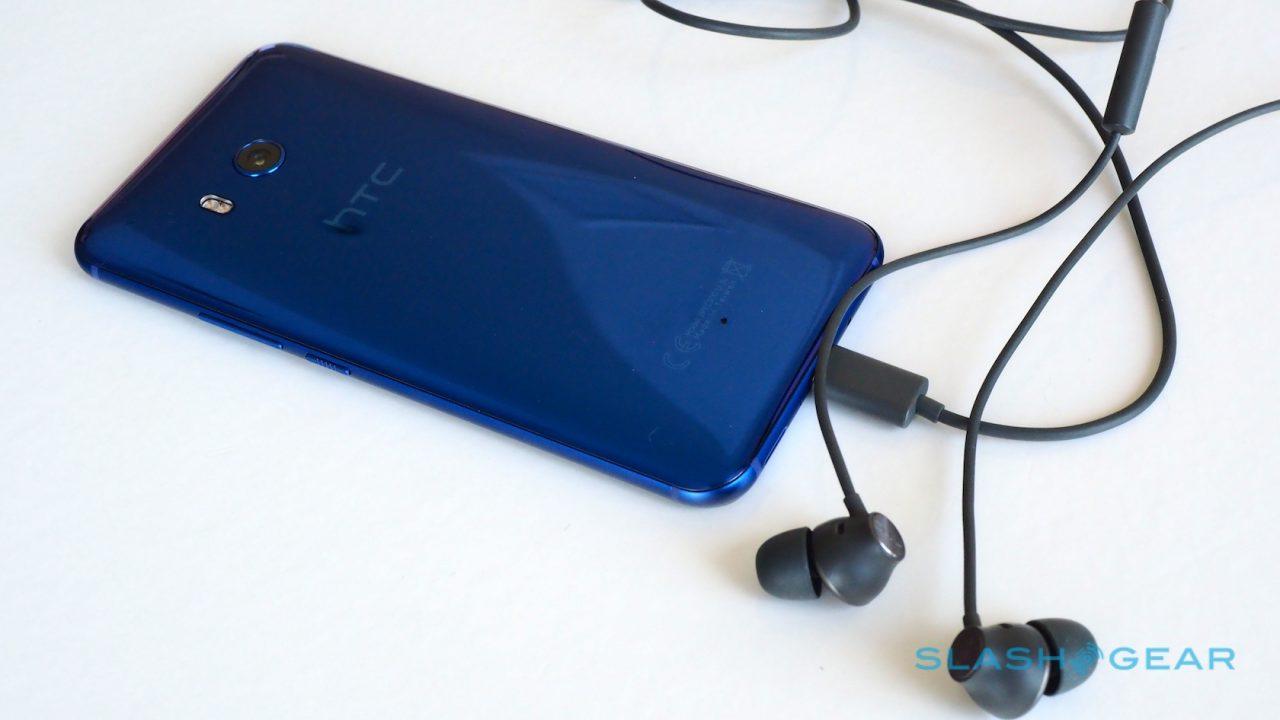 “We’re trying to build – not just take something away from the consumer – but build something for them,” Newby-House argues, citing ANC as a prime example. Unlike traditional headsets that offer the technology, the U Sonic earbuds are a mere $39.95. They can be that cheap because the heavy-lifting is done by the phone itself: it handles all the processing, meaning the headphones don’t need battery power. If you’re committed to your legacy headphones, meanwhile, HTC will include the USB-C to 3.5mm adapter in the box.

Just as the U Ultra was dinged for its ports, so HTC’s processor choice came under scrutiny. Turns out, the phone-maker was working with Qualcomm on a Snapdragon 835 device all along, and it’s that which powers the U11. It’s paired with 4GB of RAM and 64GB of storage, plus there’s a microSD slot; some regions, like Asia and Australia, will get a 6GB/128GB version, though there are no current plans to bring that to North America. 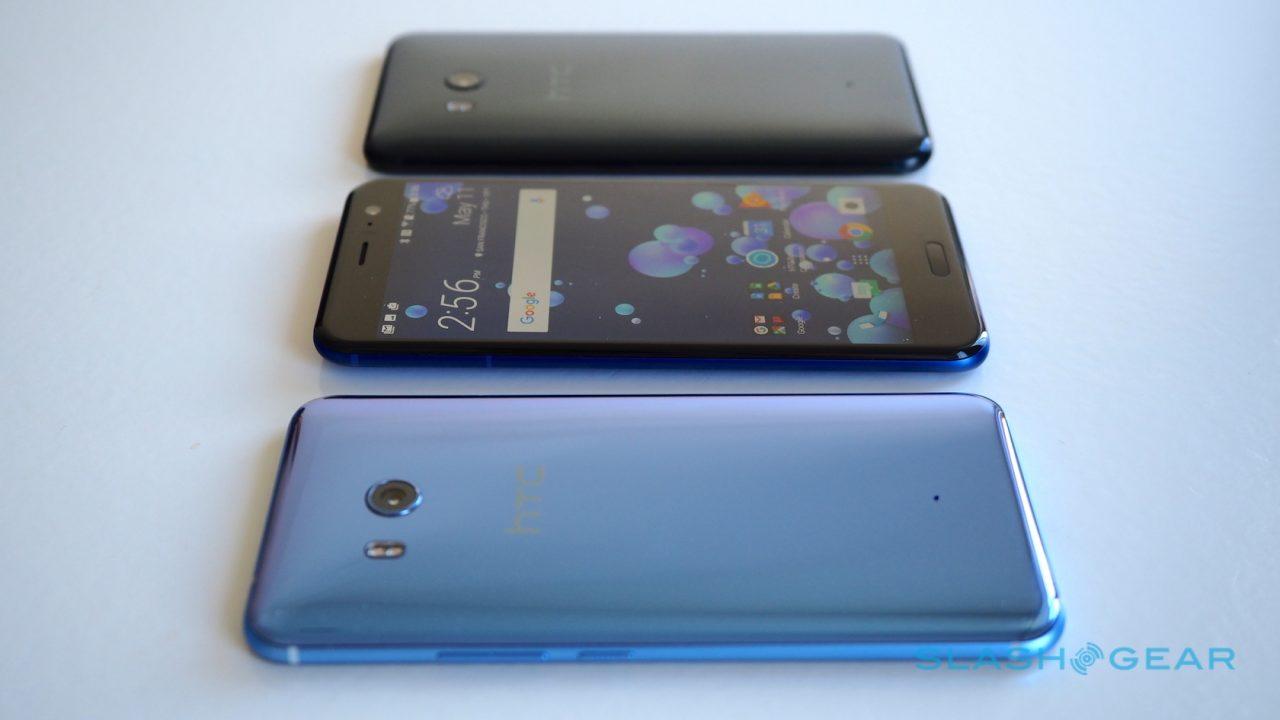 If the U11 is going to face criticism, it’ll probably be around power. For a start, the battery is 3,000 mAh: that’s actually on a par with the Galaxy S8, though there’s a growing expectation among flagship phone buyers that expensive phones like these should pack more. HTC argues that, for its screen size and given the frugality efforts of both the Snapdragon 835 and Android 7.1.1, 3,000 mAh should be more than sufficient.

The other disappointing omission is wireless charging. The U11 has Quick Charge 3.0, but there’s no Qi or PMA support. Again, the company line is that rapid wired charging is more useful than slower wireless, but given the switch to glass-backed phones means metal interference is no longer an excuse, it’s a shame to see the technology left out. 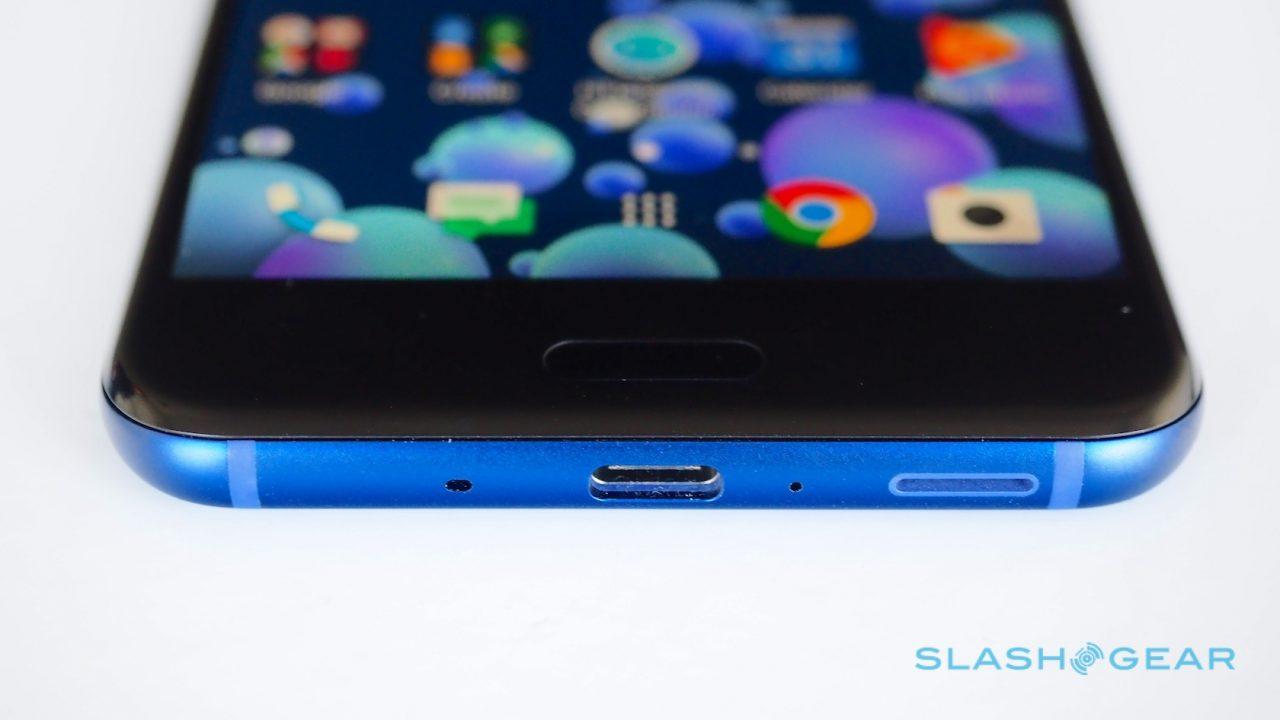 On the software side, as well as Android 7.1.1 Nougat there’s the latest iteration of Sense. As we saw on the U Ultra it’s pared back from some of the earlier excesses of the interface, but you still get the HTC Companion which promises personalized, contextual suggestions and assistance. Even though the Google Assistant and, eventually, Alexa are onboard, HTC insists there’s still a place for its own technology. After all, it has deep – and low power – links to things like the GPS and sensor suite, for tracking steps and such.

It’s fair to say that HTC hasn’t had an especially easy time over the past few years. Its better phones have been sabotaged with mediocre marketing budgets; its weaker models have paled in comparison to what Samsung, Apple, and LG have offered. At the same time, though side-projects like VIVE have earned acclaim, HTC has struggled to join up the dots, ceding the mobile VR lead to Samsung’s Gear VR for example. 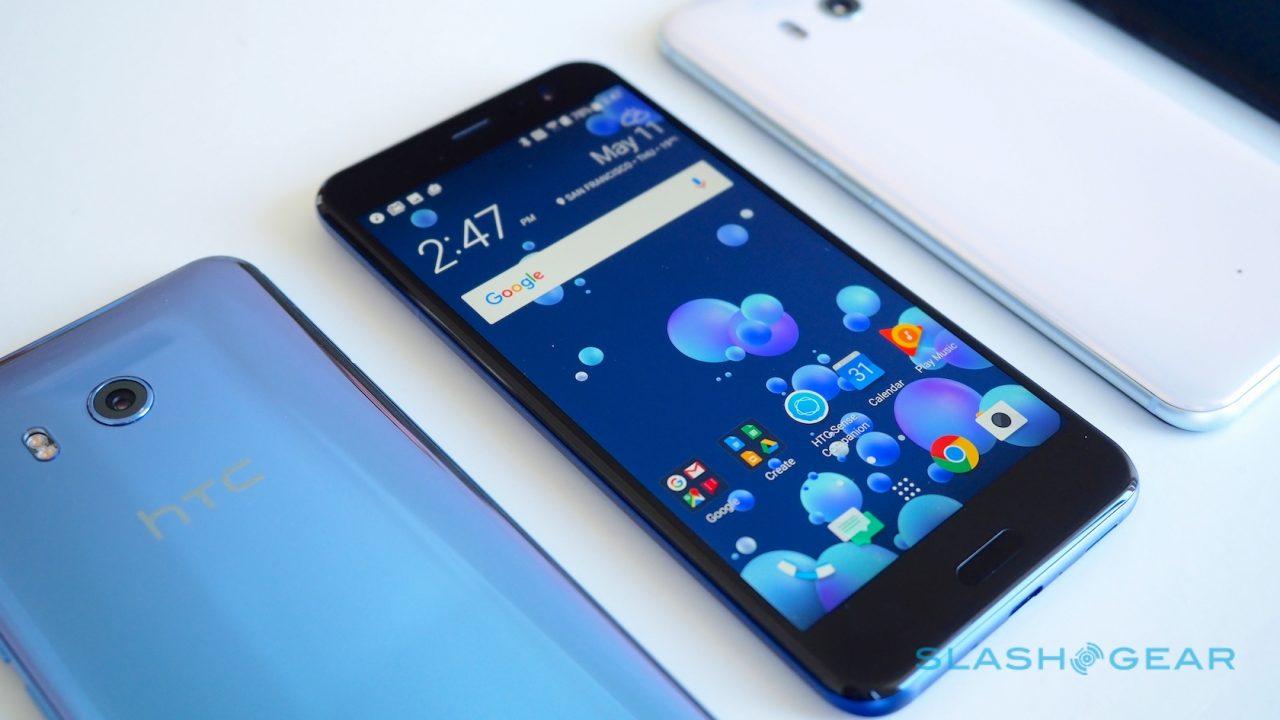 The U11 goes some way to addressing those complaints. As a flagship device it finally has the specifications buyers demand and the services. The addition of Amazon Alexa support – and the hardware decisions HTC made in aspects like the microphone array – give the U11 a selling point that, for once, is compellingly in-tune with the state of the consumer market, rather than a gimmick. It looks good, should perform well, and doesn’t feel instantly lacking in any dimension out of the gate.

All that being said, there’s an ecosystem story that HTC still isn’t telling. At a time when Samsung is positioning the Galaxy S8 at the center of the connected home, the virtual world, and the PC-replacing productivity space, the U11’s message is conspicuously absent. Certainly it’s a handsome device, but you’re buying a phone and not a platform. The HTC U11 is shaping up to be the most well-rounded smartphone the company has made in years, but time will tell whether that translates to a legitimate alternative to the best from Samsung and Apple.

The U11 is up for preorder from today, both as a Sprint carrier-exclusive in Sapphire Blue and Brilliant Black for either $696 or $29 per month for 24 months; it’ll ship June 9. Sprint preorder customers will also get two Amazon Echo Dot units as a launch promotion. HTC tells me the Sprint partnership is permanent, though an unlocked, SIM-free U11 is available for preorder from HTC and Amazon from today for $649, and will ship in June with support for AT&T, T-Mobile, and Verizon.