HTC One benchmarks: off the charts

This week we’ve had the opportunity to have a look at the new HTC One with not only a collection of hands-on experiences, but with processor benchmarking as well. Using the standard Quadrant Benchmark test here we’re finding that the Qualcomm Snapdragon 600 quad-core processor is blowing up the charts, destroying the previous high-mark in the basic readout by more than double – those tiny towers on the left are what’s left of the original HTC One X, the ASUS Transformer Prim TF201 (with a Tegra 3 processor), and some lesser beings. Even compared with the Snapdragon S4 Pro quad-core SoC running on the Google Nexus 4 only reaches nearly 5000 as a final score in Quadrant – the HTC One reaches 12,417! 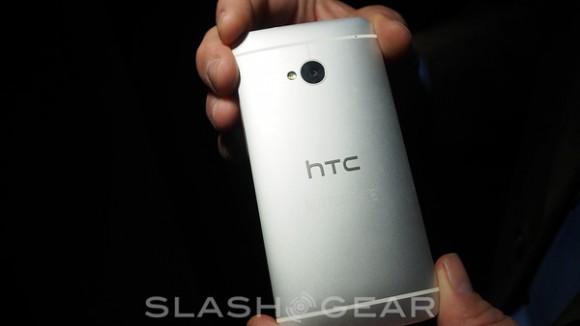 We’ve also had a look at Sunspider working with the standard web browser on the device. Here we get a lovely 1195.2ms as a final result, this compared with the HTC One X+ (1215.4ms) and the Samsung Galaxy S III (1082.2ms) shows that web browsing is pretty much the same as it’s been over the past year. Then again – as above – this is not final software and anything could happen before the HTC One is released inside March, 2013. It should also be noted that the speed of the rendering on the HTC One (as well as the others here) were done at different times and under different conditions – so take it all with a bit of straw. 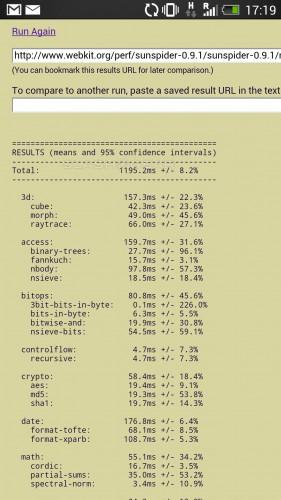 Also have a peek at our timeline below filled with hands-on experiences with the HTC One, complete with details from each of this device’s new features. With the HTC One, the company may well be entering a new age. One in which a single device really, truly is the hero – could it possibly be?