This is not an ordinary Ford Bronco. This is the latest creation of Texas-based tuner and supercar maker Hennessey Performance Engineering (HPE), and it’s called the Bronco Velociraptor. After bewildering our senses with its Jeep Gladiator Maximus, Ram TRX Mammoth 6×6, and Venom F5 supercar, the mad scientists at Hennessey have given the newest Bronco a proper supercharged V8 engine.

“I wanted to build the ultimate Ford Bronco for myself and our customers,” said John Hennessey, founder, and CEO of HPE. “The 2021 Ford Bronco may be one of the most highly desired vehicles since the introduction of the Ford GT. We look forward to taking the new Bronco to the next level and beyond.”

And beyond it did. The transformation starts from within as Hennessey shoehorned a 5.0-liter Ford supercharged V8 under the Bronco’s hood. It’s a significant upgrade over the Bronco’s 310-horsepower EcoBoost V6. Producing 758 horsepower and mountains of torque, the Bronco Velociraptor can rush to 60 mph from rest in 4.5-seconds.

The engine is mated to a new 10-speed automatic transmission driving all four wheels. And with a plethora of go-fast upgrades including an air-to-water intercooler, a new fuel delivery system with more powerful injectors, a stainless steel cat-back exhaust, an exclusive HPE engine management CPU, and a massive 3.0-liter supercharger, the Ford Bronco Velociraptor is truly befitting of the Hennessey name.

Other visual upgrades include a bespoke front grille, new front and rear bumpers with LED lighting, larger aluminum wheels and off-road tires, tougher off-road suspension, and custom Hennessey livery. Inside, the Bronco Velociraptor has embroidered headrests and serial number plaques to indicate the rarity of this machine. 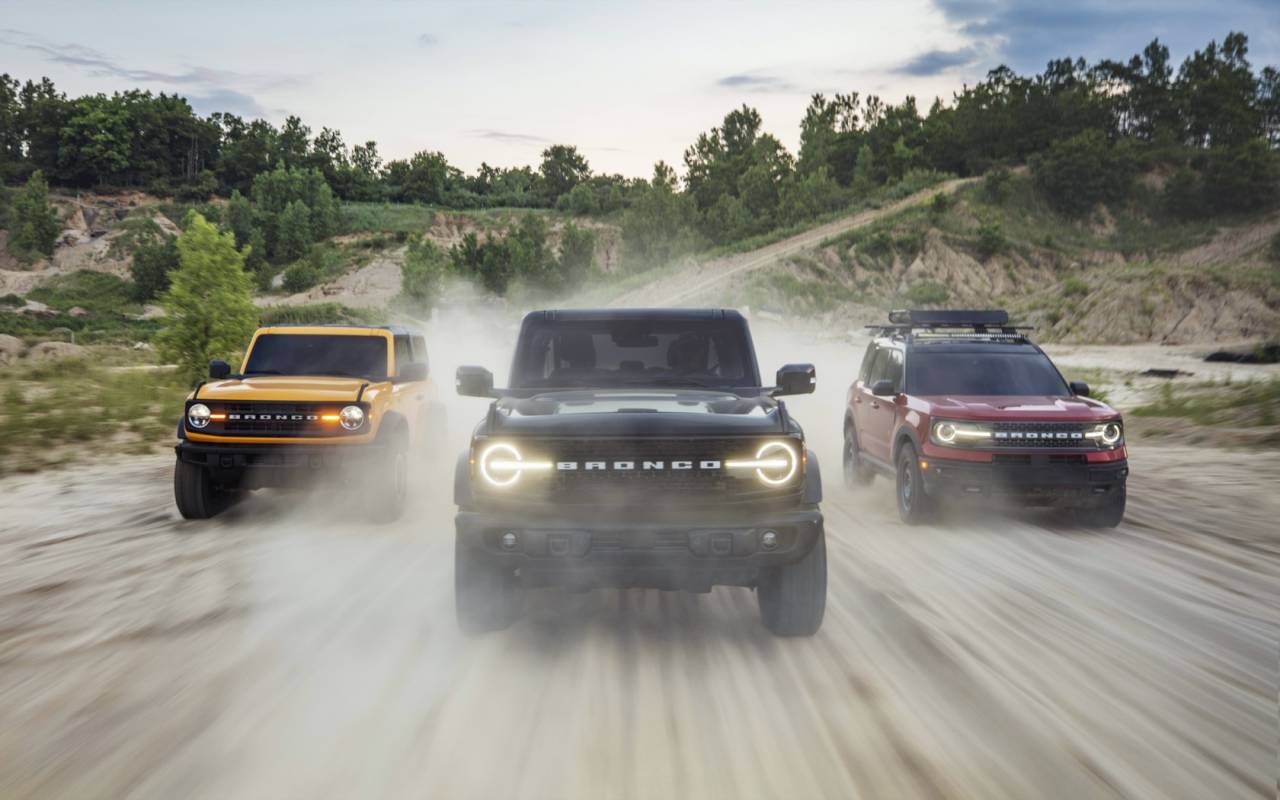 All told, the Hennessey Ford Bronco Velociraptor is as good as it gets. The Hennessey treatment applies to both the two and four-door Bronco, but HPE is only producing 24 units of Bronco Velociraptor with base prices starting at around $225,000. The price is steep, but each limited-edition unit is backed by a 3-year/36,000-mile limited warranty.