Google’s Project Tango has a Minecraft demo, too

At a demonstration of the newest in new Project Tango hardware and software by Google at GTC 2015 we’ve gotten the opportunity to take a peek at an off-brand Minecraft. “This is sort of our homage to Minecraft,” said Google ATAP Technical Program Lead Johnny Chung Lee. He proceeded to create a brick house in a 3D space using the newest Project Tango tablet with NVIDIA Tegra K1 inside. The tablet’s screen has a pointer, just like Minecraft, and a building exists in a virtual, yet real, space.

Much like we saw with Microsoft’s HoloLens, but here with a tablet as a lens instead of a headset, Google has shown off a demo that allows you to explore 3D space with square blocks – inside the room you’re in. Bricks are dropped and spaces are built.

Once you’ve stood back, having created a lovely structure, you can bend down and move the tablet in real space into the virtual space. Watch as Lee creates a tiny building from afar, then bends down and moves forward, virtually walking in the door to the building he just created.

This demonstration was built with the gaming engine Unity and, again, is running on Google’s Project Tango. 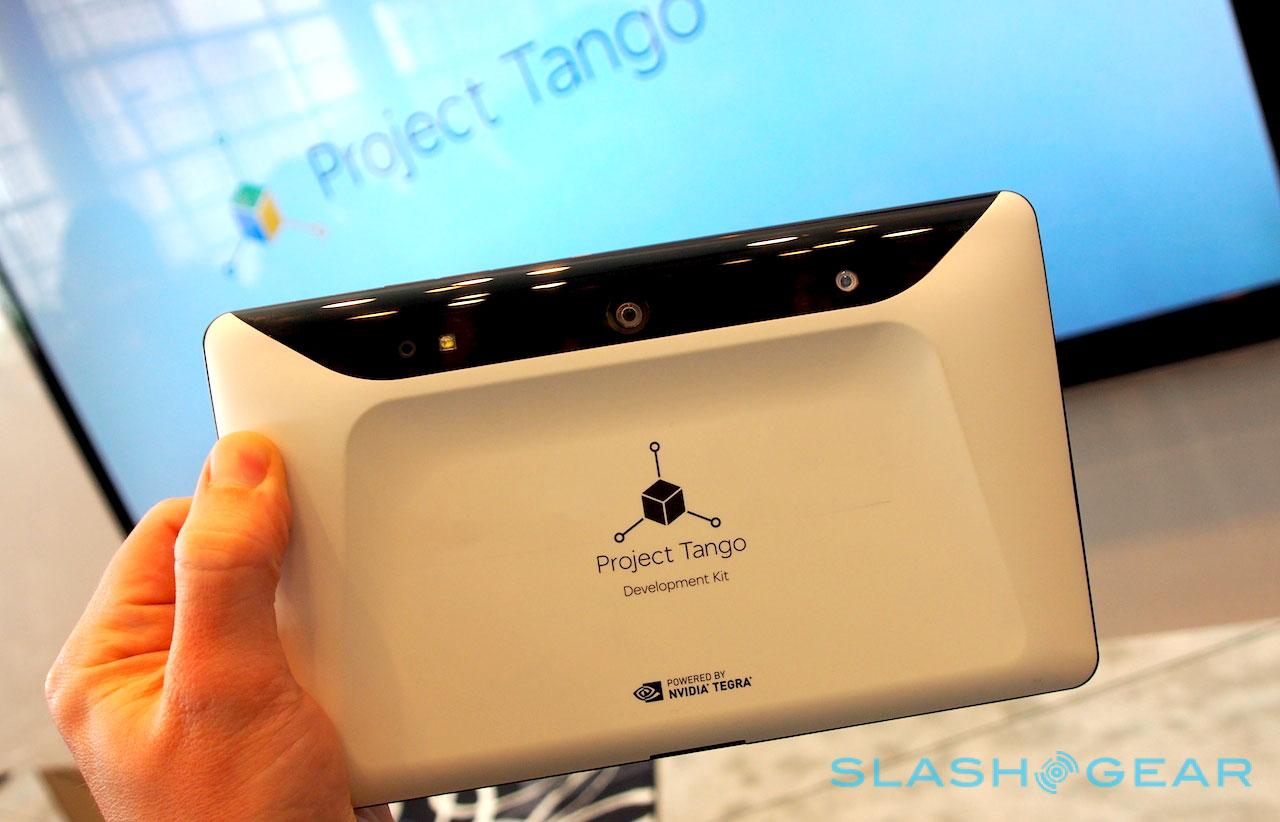 Have a peek at our Project Tango tag portal for more information on this tablet. It’s currently a developer-only piece of equipment, made for those that wish to develop future software experiences for whatever Google plans on making for a full consumer release.

This project graduated from skunkworks this January, and is set to be available for sale through Google for developers once again – and possibly consumers too – in the near future.

Stick around our GTC 2015 tag portal for more from the biggest graphics convention of the year, all week long!