GMC is working on a second electric pickup alongside Hummer EV

GMC is set to take a second bite of the electric pickup market, confirming today that as well as the GMC Hummer EV truck there’ll also be a “professional” full-sized electric pickup too. The news follows Chevrolet’s confirmation back in April that an electric Silverado is in the pipeline.

Like the Hummer EV, the electric Silverado will be based on General Motors’ Ultium platform for electric vehicles. Chevy said that it was expecting over 400 miles of range from its e-pickup, with both retail and fleet versions in development.

For GMC, meanwhile, Ultium is also expected to be the platform of choice for this new electric pickup. However it’ll be a very different prospect from the Hummer EV, according to Duncan Aldred, GMC Global Vice President.

“It will be positioned differently, it will appeal to a very different customer,” Aldred said. That’ll include not having quite the same degree of off-road capability as the Hummer EV, for example. It also seems likely that it’ll be cheaper than GMC’s so-called “Super Truck” with its six-figure price tag for the initial models. 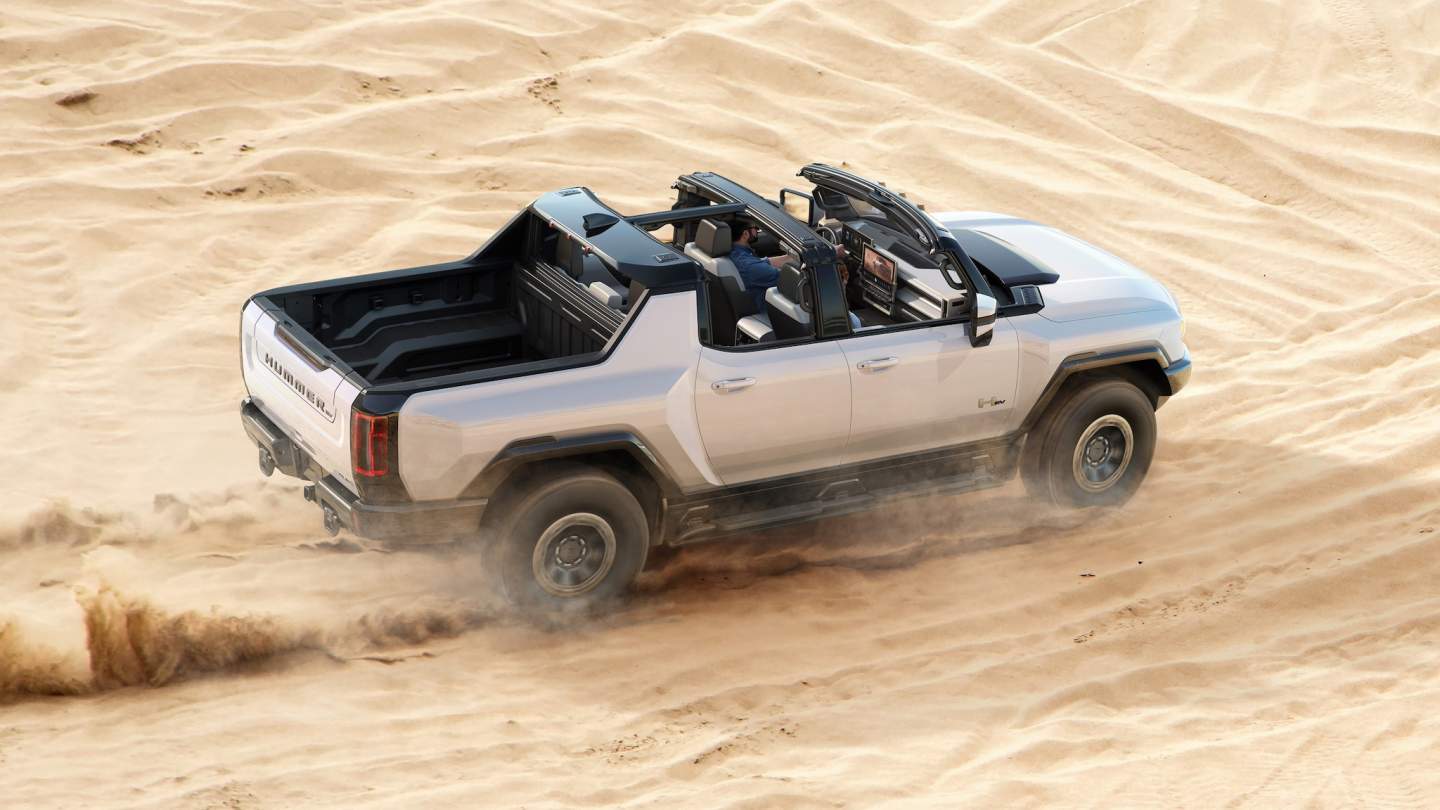 That said, GMC may well be able to charge a premium nonetheless. It’s seen particular success over the last couple of years with its Denali and AT4 sub-brands, focusing on luxury and off-road talent respectively. The two now account for nearly 50-percent of GMC portfolio sales on average; for something like Yukon, specifically, 64-percent of sales have been of Denali in 2021 so far, while 14-percent have been AT4.

As for which nameplate the new GMC electric pickup will wear, the automaker says it’s not ready to confirm yet. The same goes for availability, with Aldred saying that details there will follow on, and GMC won’t say if the new EV will be built at GM’s Factory ZERO. 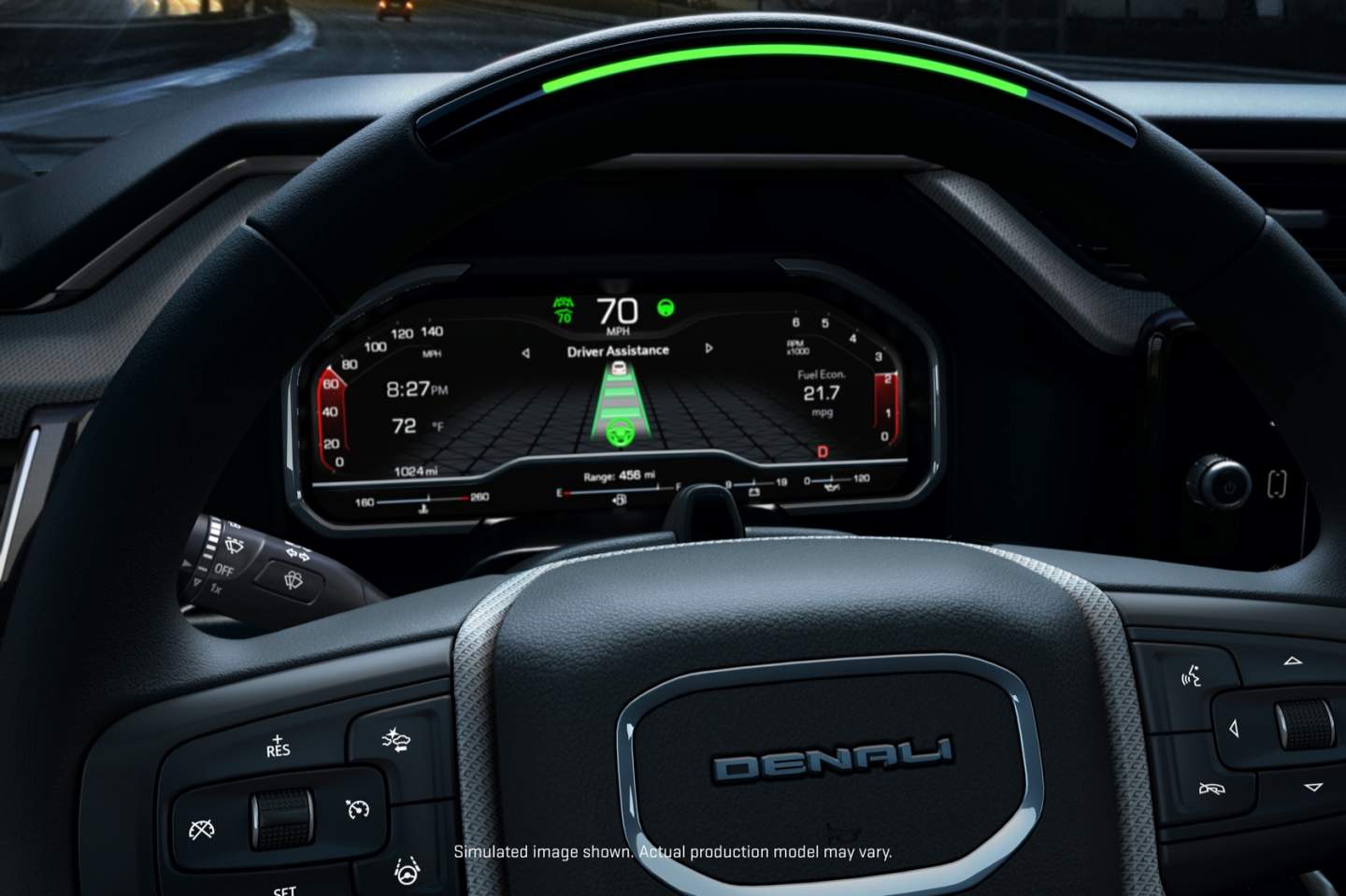 Still, it would seem entirely possible that GMC would opt to use Sierra for that, given the strength of the brand right now. So far the pickup has had the best first-half of a year ever, with sales up 28-percent year-to-date in 2021. As for the new 2022 Sierra LD, that will be “the most advanced, luxurious Sierra ever,” Aldred promises.

It’ll be offered in the familiar Pro, SLE, SLT, Denali, and AT4 forms, but there’s also the chance of something even more ambitious. “We also believe there’s even more opportunity for more premium Sierras and more capable Sierras,” Aldred teases.

The electric pickup space is getting to be a crowded one. Ford’s F-150 Lightning looks set to make waves – though Aldred says there were “no surprises” about Ford’s aggressive pricing on the truck – while startups like Rivian, Lordestown Motors, Canoo, and others have their own rivals in the pipeline too. Aldred says that the Hummer EV SUT pickup is still on track for a release in Q4 2021, though by the time this new, second electric pickup is ready – whatever branding it wears – the marketplace could be fairly hectic.