GM has detailed its roadmap of electric vehicles, with not one but two new Hummer EVs, a full-sized Chevrolet electric pickup, and fresh models from Cadillac and Buick. The aggressive roadmap hinges on General Motors’ new modular EV platform, Ultium, which the automaker has boasted could deliver more than 400 miles of range on a single charge.

It also marks a change in strategy from GM around its electrification, and a recognition that just because a vehicle doesn’t have an internal combustion engine, that doesn’t mean it has to look like a spaceship. Instead, the focus will be on delivering all-electric cars and SUVs that fit into the line-up of their respective brands. 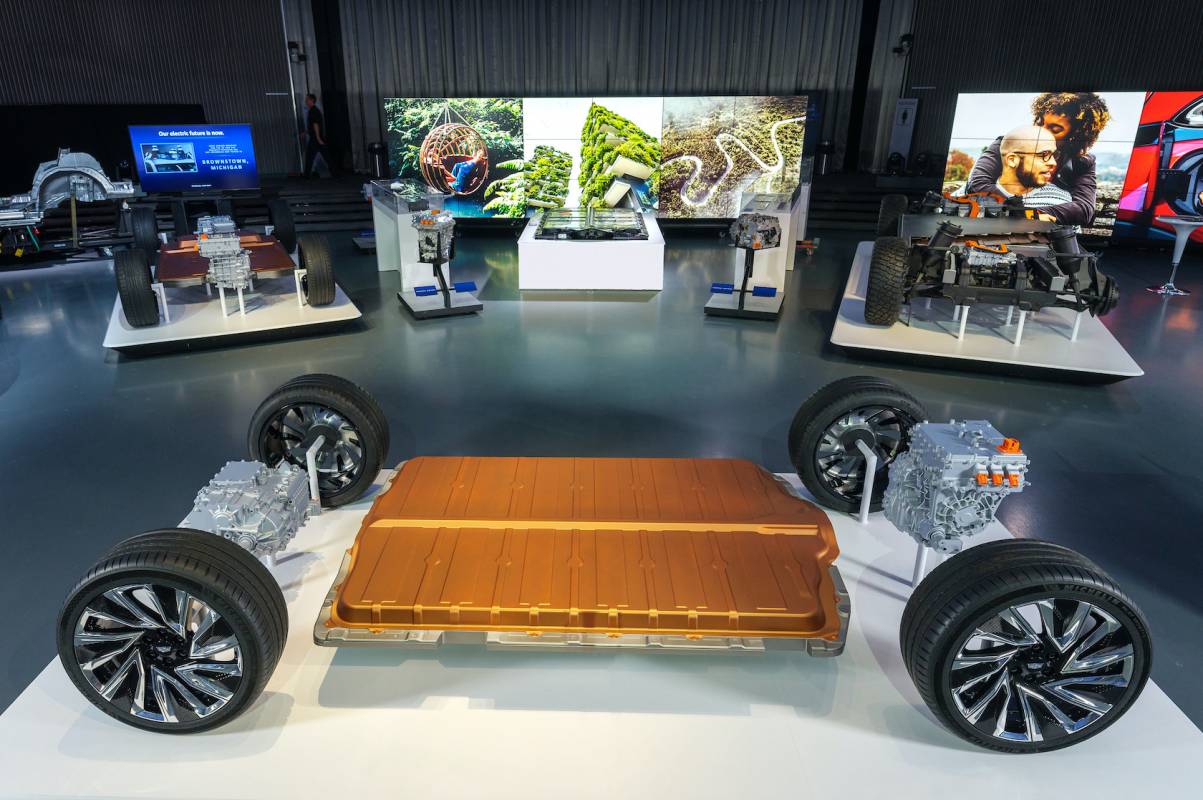 “In the past, EV design placed great importance on differentiating the EV visually from its ICE counterparts,” GM explains in its latest sustainability report. “No more. The flexibility of this new platform frees us to proportion vehicles to meet unique brand personas and to design around vehicle and customer segment needs.”

Chevy saw GM try its hand with electrification first, with the Volt and Bolt, but with the demise of the plug-in hybrid in the automaker’s plans it’s a new all-electric Bolt that is getting the attention. The Chevrolet Bolt EUV will borrow crossover style cues from the Blazer, a nod to the fact that SUVs are simply where the market has shifted. It’ll also be the first vehicle outside of Cadillac’s line-up to offer Super Cruise, GM’s hands-free driver assistance system for highways. 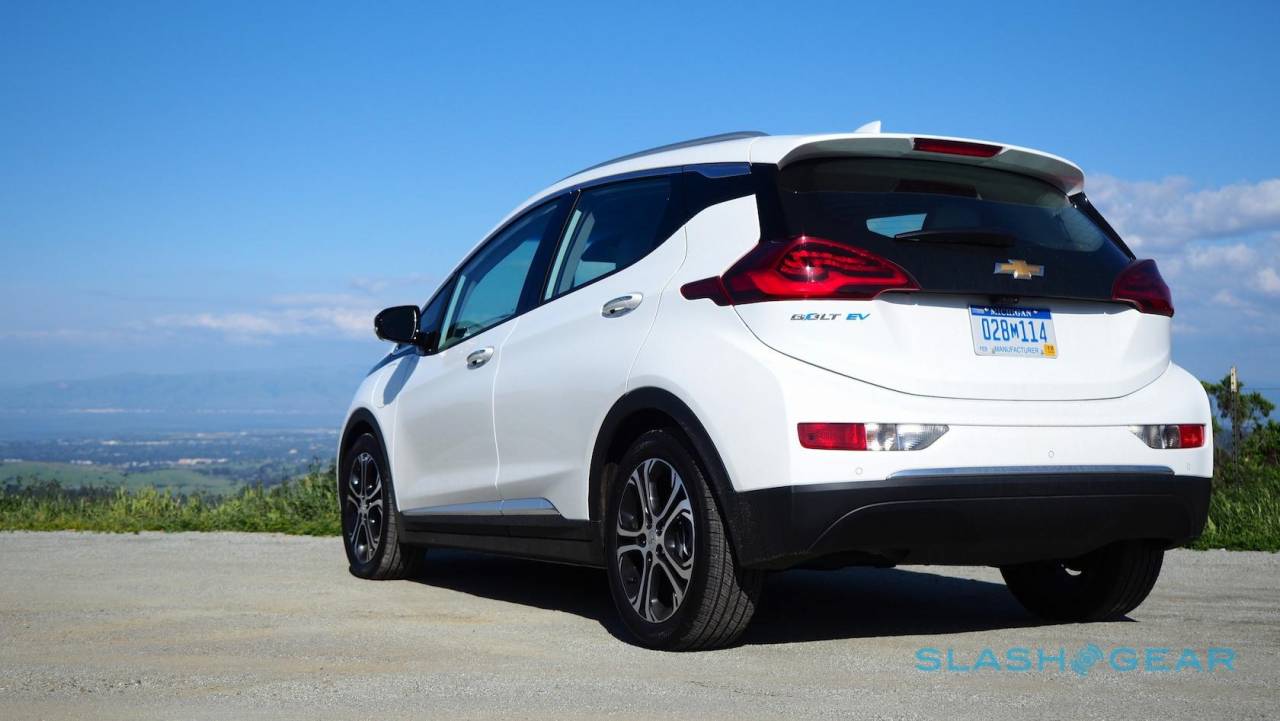 Larger, there’ll be a new mid-sized SUV, name yet to be confirmed. It’ll take on a big chunk of Chevrolet’s audience, and for midsize SUV buyers in general, who want the style and practicality of such a vehicle but prefer an all-electric drivetrain for it.

Finally, Chevrolet will have the model we’re most curious about: a full-sized pickup that’s entirely battery-electric. Yet to be named, the truck will offer 400+ miles of range, Chevy says. In the process it’ll take on Ford’s upcoming electric F-150.

For Buick, the brand’s strong performance in affordable-luxe utility vehicles will see it focus on two new models using Ultium tech. One will be a new Buick SUV, described as “more conventional crossover portion” with an emphasis on maximizing interior space and cargo. 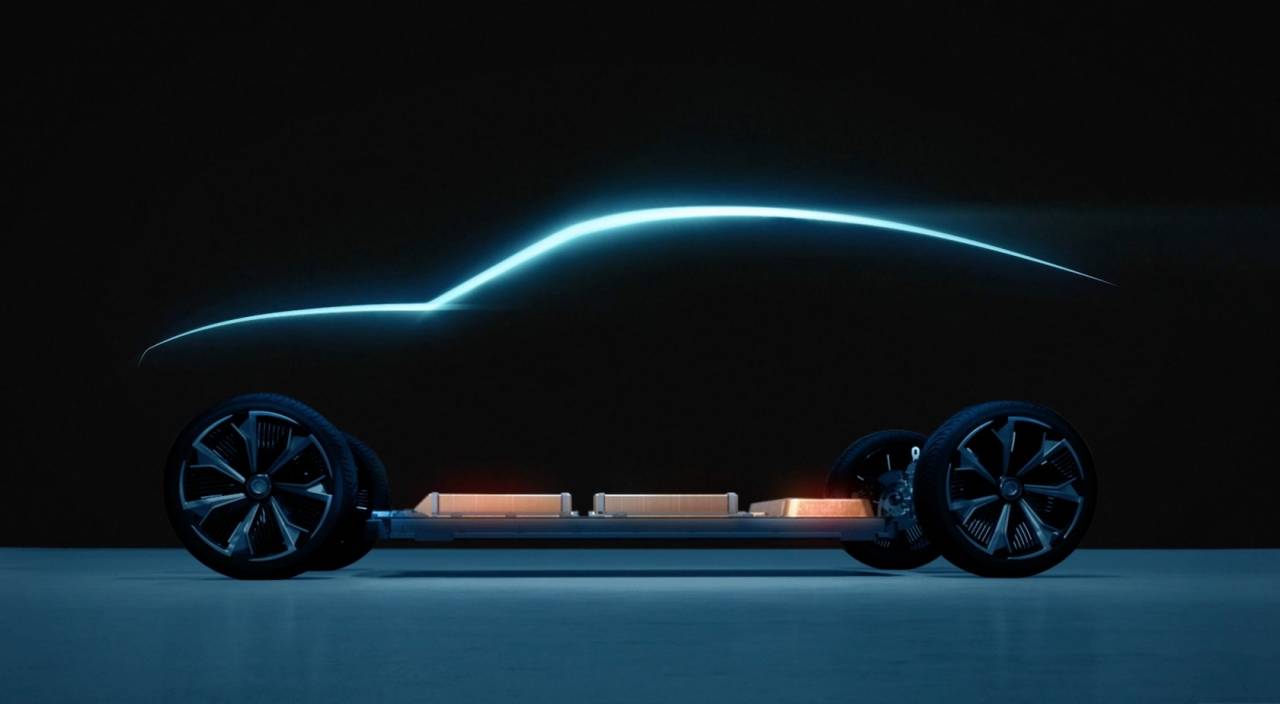 The other, meanwhile, will be a Buick CUV. That, GM says, “will feature more expressive proportion with a greater emphasis on form and athletic fashion.” It’s unclear whether either vehicle will make it to the Chinese market, where Buick has proved unexpectedly successful in recent years.

We already knew General Motors was bringing back the Hummer nameplate as a new GMC EV, but now we know there’ll actually be two of them. On the one hand there’ll be the GMC Hummer EV truck, a pickup that promises 1,000 horsepower and 0-60 mph in three seconds. It’ll enjoy features like a removable roof and bold styling, even if it does without the prodigious thirst for gas that its forebears were known for. 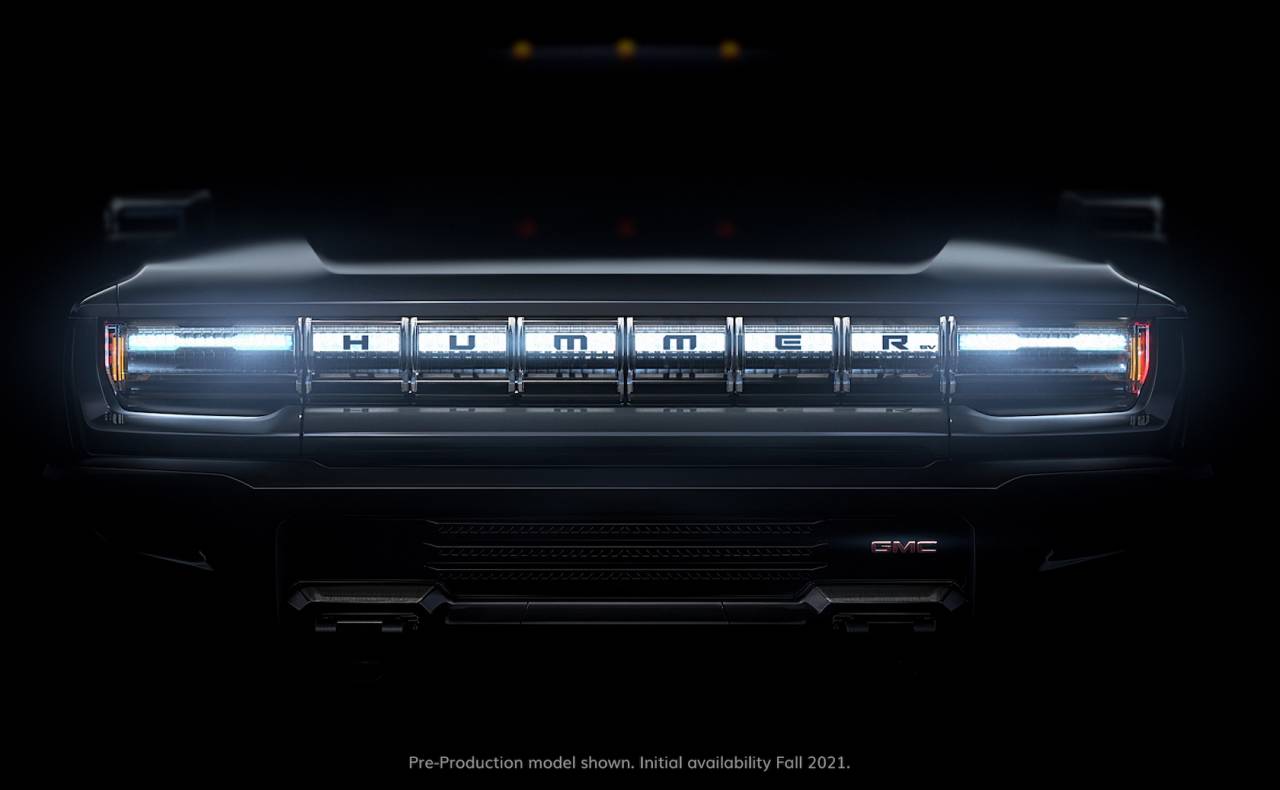 It’ll also form the basis for a new GMC Hummer EV SUV. That, GM explains, will be based on the same underlying technology of the Hummer truck, but be configured as an enclosed SUV instead. Even with that nod to practicality, however, you can still expect it to be off-road capable, the automaker promises. 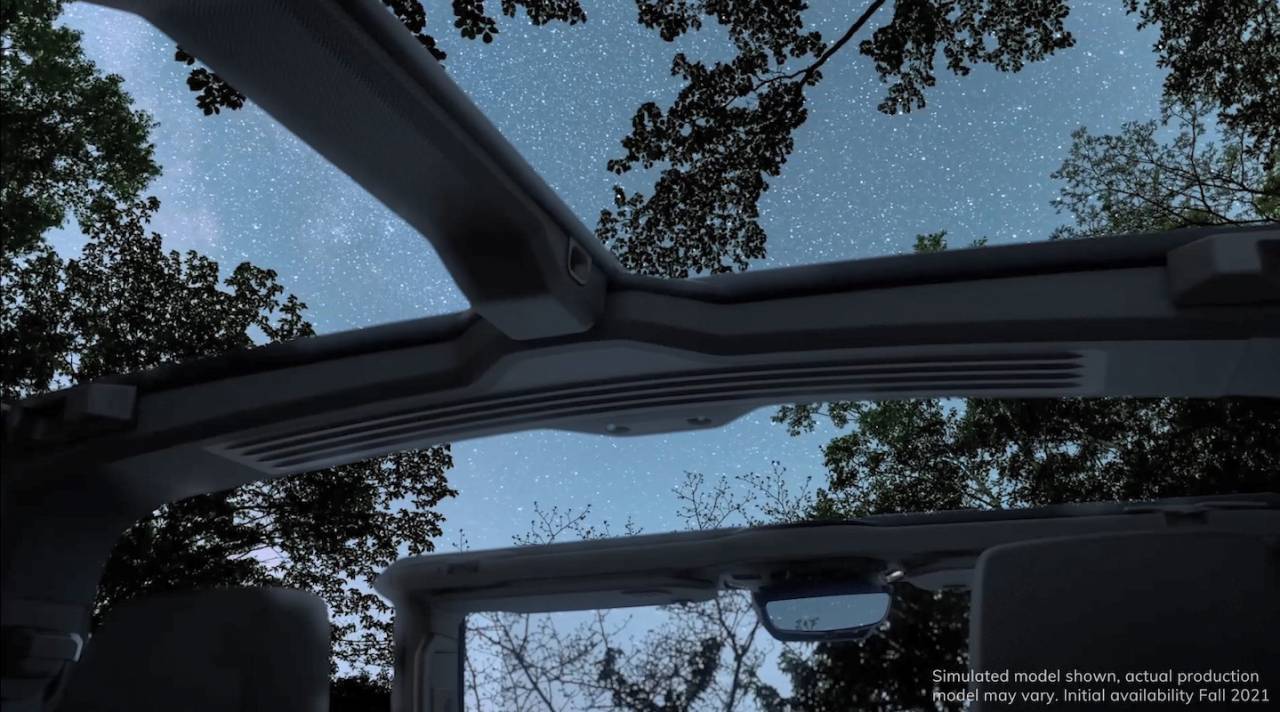 For Cadillac, a nod to hyper-luxury

Perhaps the most interesting strategy comes around Cadillac. GM’s luxury nameplate has been accused of losing its way in recent years, failing to capitalize on an authentic vision of “American luxury” and saving its creativity for sedans where the market has instead focused on SUVs.

Expect that to be upended, then, with Caddy’s electric range. There’ll be four SUVs, the company has confirmed, starting off with the Lyriq. That was already meant to have been unveiled, a crossover that will pair Ultium with bold styling. 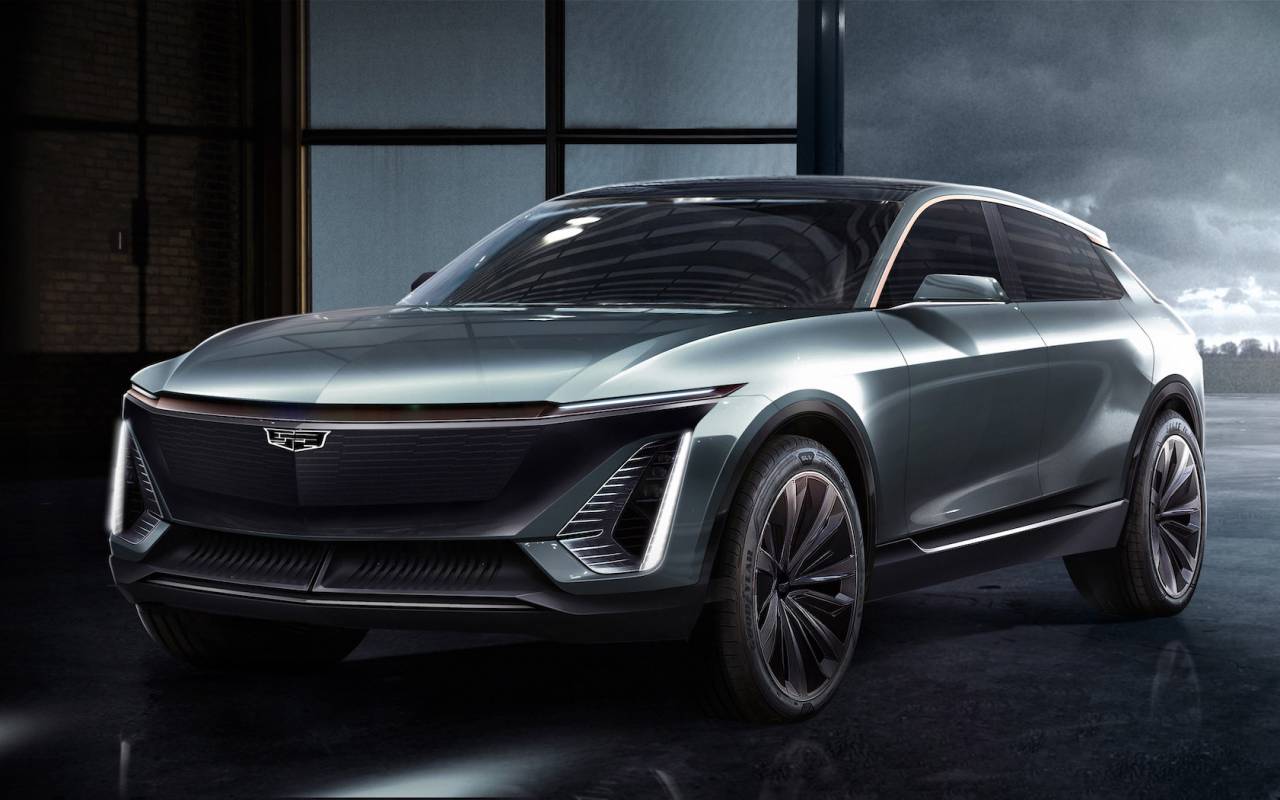 Then there’ll be a “globally sized luxury three-row SUV” GM says, with the Cadillac badge and an emphasis on cabin space for people and cargo. Think something along the lines of the current XT6. Smaller will be a Cadillac SUV EV with “attainable luxury” in the vein of the XT4.

The Escalade – itself arriving as an all-new version soon – will inspire a full-size, three-row luxury SUV. Considering it’s a mainstay of the Cadillac range, that’s no bad idea, and the new Escalade is already shaping up to be a tech giant.

Finally, there’s the Cadillac Celestiq Statement Vehicle. As the name suggests, it’ll be something very special – and very rare. Hand-assembled, with bespoke detailing, the Celestiq is expected to be category-blurring in its shape and exceedingly time consuming to build GM expects to only produce 1.2 of what it describes as “ultra-lux EV” cars each day. A fitting flagship for what GM says will be 20 new electric vehicles across its brands by 2023.