GM’s big electric vehicle push is coming, and the automaker is cutting a deal with EVgo to install over 2,700 new fast chargers so that drivers will have somewhere to top up their batteries. The agreement will see the two companies build out DC fast charger availability in cities and suburbs primarily, focusing on potential EV drivers who might lack the infrastructure to support an electric car at home or at work.

The public fast chargers will be rolled out over the next five years, General Motors and EVgo says, with GM opening its wallet to fund at least part of the expansion. In the process, it will roughly triple the size of EVgo’s current network.

One of the challenges of driving electric vehicle adoption is that, in dense urban areas in particular, actually charging up can be a significant problem. That can be because renters are unable to install their own fast charger at home, or down to limited parking, an absence of dedicated parking spaces, or because apartment-dwellers can’t run power cables down to the street or garage. If workplace charging is limited or just plain unavailable, it means a big potential audience for EVs – who might be otherwise onboard with making the switch from internal combustion engines – simply can’t consider one. 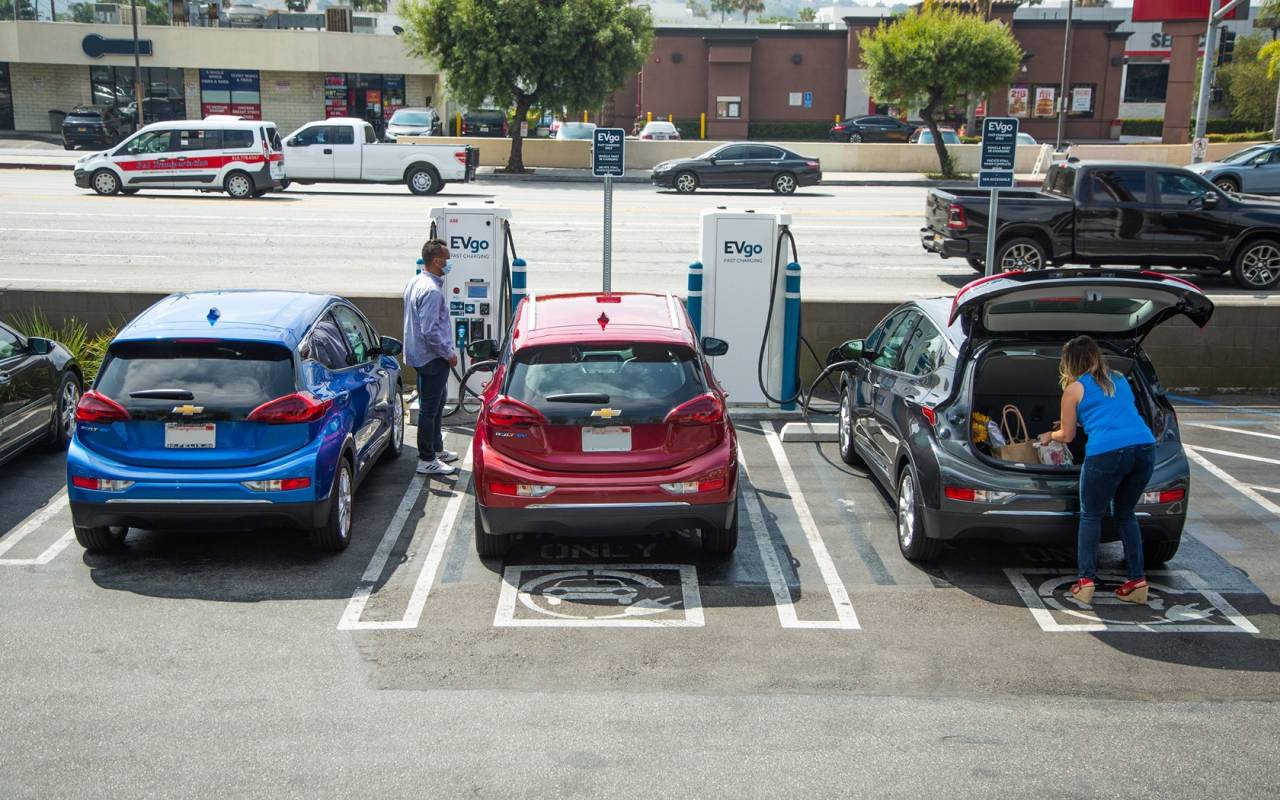 GM and EVgo’s answer is more readily available fast charging in places such drivers might find themselves. That means shopping centers, grocery stores, and entertainment centers, along with other high-traffic locations: EVgo says around 40 metropolitan areas have been identified so far, with more details in the weeks to come. Key to the strategy is DC fast charging: the chargers themselves will range from 100 to 350 kW, making the potential added range from even just 15 minutes plugged in significant.

It’s not GM’s first collaboration with EVgo. Back in April 2018, the two companies inked a deal for a series of dedicated DC fast chargers for Bolt EV drivers on the since-discontinued Maven car-sharing platform. The following January, EVgo was one of three charging networks that GM integrated into its myChevrolet app, so that drivers would be able to locate and activate charging from one single app rather than needing to register with multiple providers. 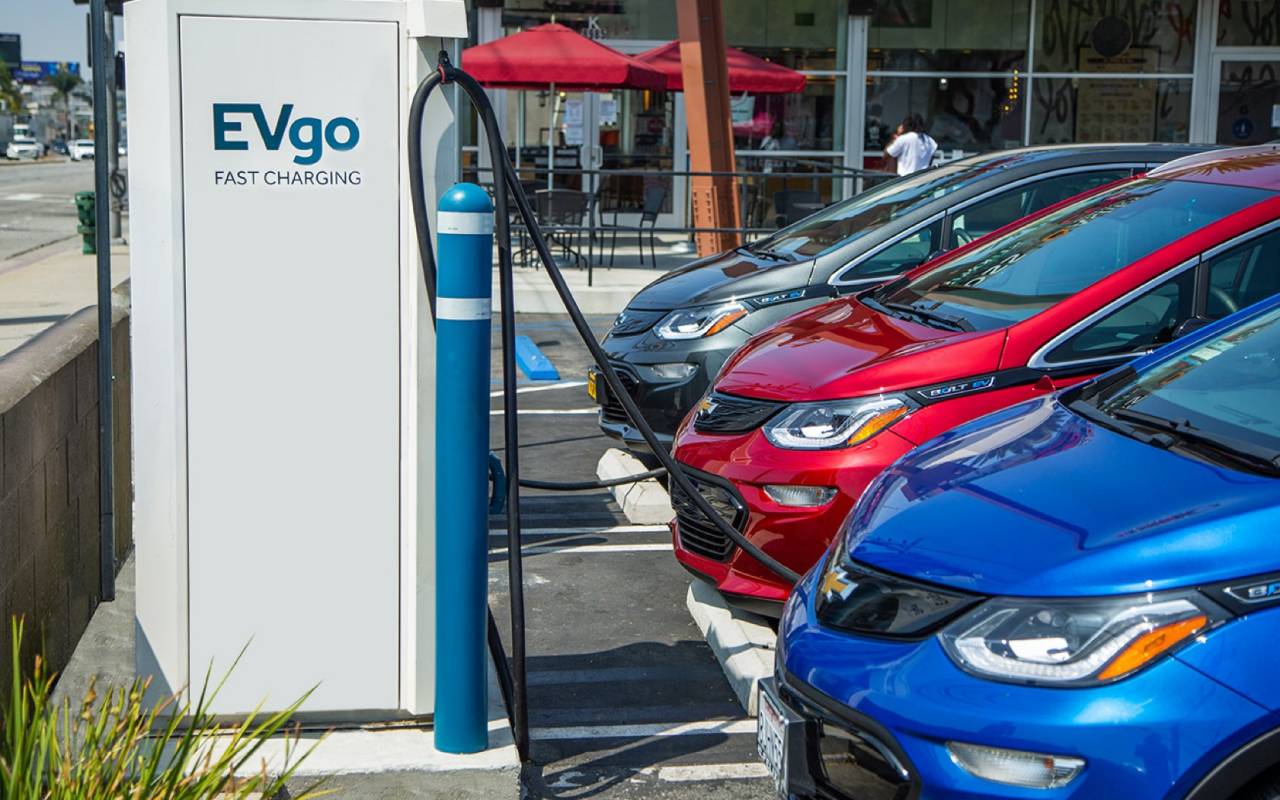 The first locations from this new deal will be available from early in 2021, GM says. All will be powered by 100-percent renewable energy, and you won’t need to be a GM driver to use them, just an EVgo member. “Charging should be open to everyone,” Barra says. The typical EVgo charging session costs between $5 and $15, the company says, and it expects that to be the case when these new locations are added too.

Although it has offered the Chevrolet Bolt EV for some years now, GM’s big push into electrification will really kick off in August. Early in the month, it will reveal the Cadillac Lyriq, a luxury all-electric crossover and the first vehicle to use the automaker’s new Ultium EV platform. It’ll be followed by the GMC Hummer EV – rebooting the Hummer name with an entirely electric drivetrain – first in pickup form, and then as an SUV. 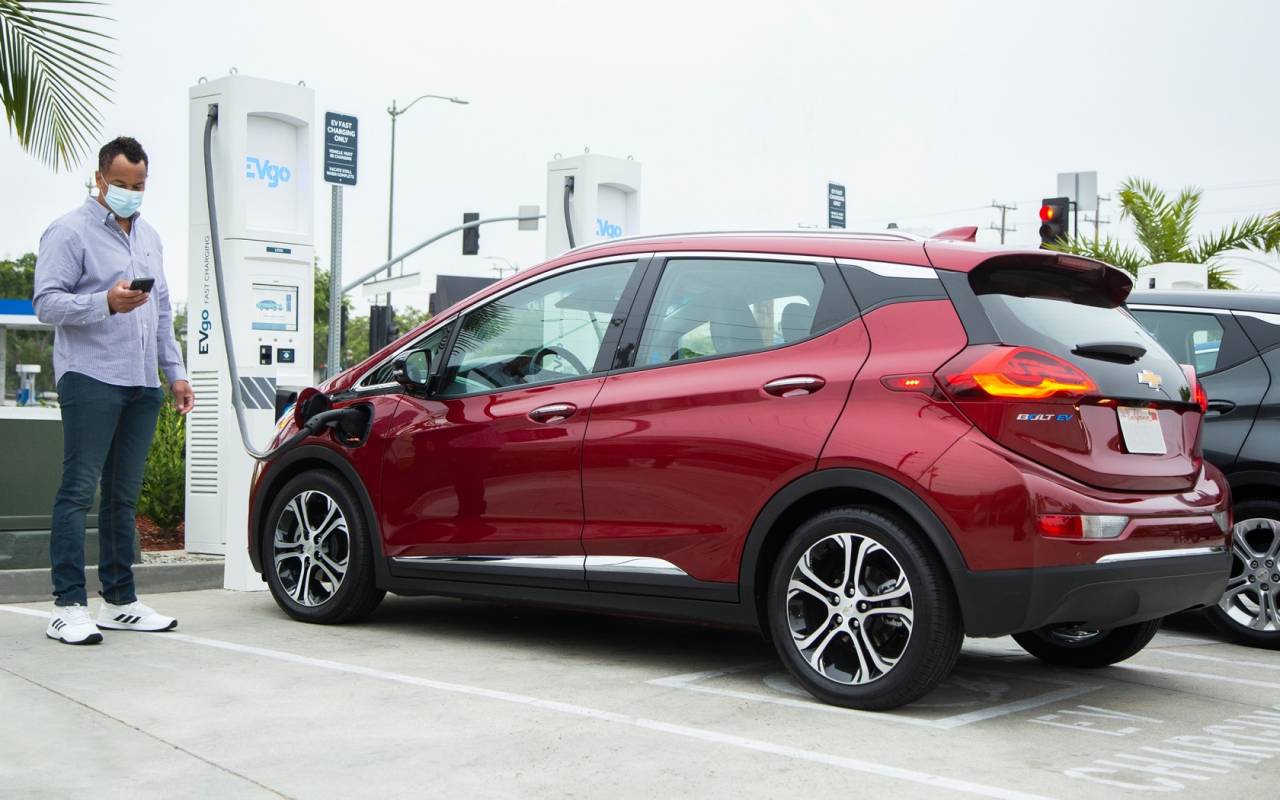 Indeed all of General Motors’ brands will have Ultium-based models, with the company suggesting there’ll be 20 new EVs across its nameplates by 2023. Although many will be crossovers and SUVs, there’ll also be pickups and a Cadillac “statement vehicle” called the Celestiq, intended to demonstrate that electrification has a natural home in hyper-luxury transportation.