Google’s recent XE7 update for its Glass Explorer Edition already shows signs of an unactivated locking system for the wearable, as well as a “Boutique” app store and media player. The official changes in XE7 include a web browser – which you can see demonstrated after the cut – using physical head movements to navigate pages, along with boosts to search, contacts, and other features. However, some digging through the update itself has revealed a number of much-anticipated extras that Google hasn’t mentioned publicly.

Zhuowei worked his way through the code, and found a number of dormant or work-in-progress features. Most topical, perhaps is the provision for locking Glass, an absent feature which has meant that, so far, anybody stealing the wearable off your head (or from your bag) can instantly gain access to whatever data it has saved on its roughly 8GB of onboard storage.

Google’s system for dealing with that appears to be coding Glass with a swiping lock with four components. The lock screen code suggests wearers would flick between each of the four lock IDs with swipes up and down on the side touchpad, then set each pattern with swipes left and right.

We’ve seen a similar approach from non-official Glass locking app Bulletproof. That also included the proviso to only turn on the lock if the wearable’s motion sensors showed that it had been removed – either taken off and put down to recharge, perhaps, or pulled off in a theft – rather than demanding an unlock every time the user wanted to activate it.

Google had already confirmed it was working on a lock system for Glass, as part of the company’s response to a US congressional committee concerned about privacy and security. For the moment, though, Google suggests those who lose their Glass can remotely reset it from the web interface.

However, it’s not the only change spotted in the XE7 code. There’s evidence of the Glass Boutique, what appears to be a version of the Android Market for Glassware apps for the wearable. Not yet usable in XE7 – there’s mention of the Boutique, but not the actual code for it – it appears that the store will allow synchronization to Glass of Glassware and native APKs, which also implies native app support is also on the cards.

That would mean another way of running software on the wearable beyond the existing Mirror API, which basically acts as a conduit between Glass and web-based software. Google currently has Glass locked down, with the only way to install local software being an unofficial hack. Instead, the Mirror API works as a route for Glassware to communicate with the headset – as Google explained using cats back at I/O – while keeping local processing (and thus battery consumption) to a relative minimum.

Other new features center on multimedia. There’s a new set of cards mentioned – though, again, not the code for the actual functionality – for a music player, with the usual play/pause/next/previous skipping support, and album/artist information on-screen; a video player also gets a terse mention, though there’s even less detail around it. Functional already, though (even if it requires a little modification in order to activate it) is a volume control, adding a new option to the Settings that allows adjusting the volume of Glass’ bone-conduction speaker. 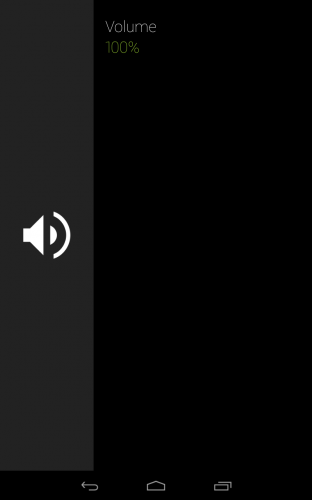 The remaining changes are either minor, mysterious, or both. A new, red microphone icon has been added, along with a package installer – not yet functional – that looks like it might eventually permit downloaded APKs to be loaded onto the headset. The ability to only see timeline cards from a specific contact is also hinted at, though again doesn’t yet work; there’s also what appears to be a version of the new contact list – which now includes all of your Gmail contacts rather than just ten as Glass originally supported at launch – that can be navigated by head movements, just as with the new browser.

When Google might go live with any of these newly-spotted features – if, indeed, they ever graduate to public functionality – remains to be seen. However, it’s a sign that Glass is slowly progressing from a wearables novelty to a more legitimate mobile platform in its own right.