Security concerns around Google Glass and what data access those casually – or nefariously – picking up your wearable might have has prompted the first DIY lock system for the headset, Bulletproof. Resembling the standard Android lockscreen, but adding some head-detection smarts to prevent you from having to swipe in a code every time you want to use Glass, Bulletproof is the handiwork of Explorer Edition owner Mike DiGiovanni.

As others have observed, Glass lacks any sort of locking system, which means that when you’re not wearing it – or supervising it – it’s possible that anybody could pick the wearable up and start digging through your data. That’s potentially not the most worrying exploit, however; as arch-tinkerer Jay Freeman pointed out this week, with the right software and a microUSB cable, a well-placed hacker could install surveillance malware onto your Glass and joyride every app you use, every photo and video you take, and potentially even track your location when wearing the headset. 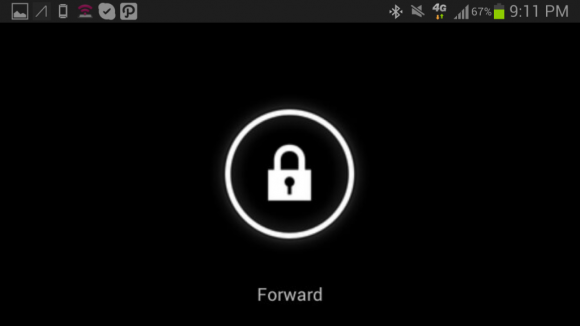 DiGiovanni’s app addresses that concern in a straightforward way. Since Glass has no keypad, it uses a combination of user-customizable swipes and taps on the trackpad on the side of the eyewear to enter an unlock code. That access then stays valid all the time you’re actually wearing Glass.

Take it off – or have it pulled off your head, whether by a thief or someone keen to try it themselves – and Glass automatically re-locks.

Since Google isn’t exactly keen on native apps running on Glass at this point, preferring web-based services that hook up through the Mirror API, you’ll need to do a little modification if you want Bulletproof on your headset. As it’s a native Android app, Glass needs to be put into debug mode, and then ADB used to install it. You can find the source on GitHub.

Glass has thrown wearables security back into the spotlight in recent weeks, as issues of privacy and data management become increasingly discussed as more of the headsets work their way into the wild. Much of the concern voiced has been about what goes on in-front of the camera, particularly since the Explorer Edition units lack any sort of clearly visible indicator that recording might be taking place. At present, only the glow of the eyepiece could be used as a sign that Glass is capturing video; some have suggested that Google should have fitted a red LED on the outside, or even a sliding cover that could entirely block out the lens.