If electrification hits the reset button on what “luxury” means in automotive, then Genesis may have come up with the perfect car to change the story from what the big German firms are offering. Hyundai’s luxe arm has been chipping away at the full-size prestige and sports sedan segments in recent years, with mixed success, but it might take an altogether different car to really stand out.

The 2019 G70 is a good example of what Genesis has been getting right. While it may not have the badge recognition of, say, a BMW 3 Series, the South Korean sports sedan is priced to compete and drives surprisingly well. There’s even a manual transmission option to keep the purists really happy. 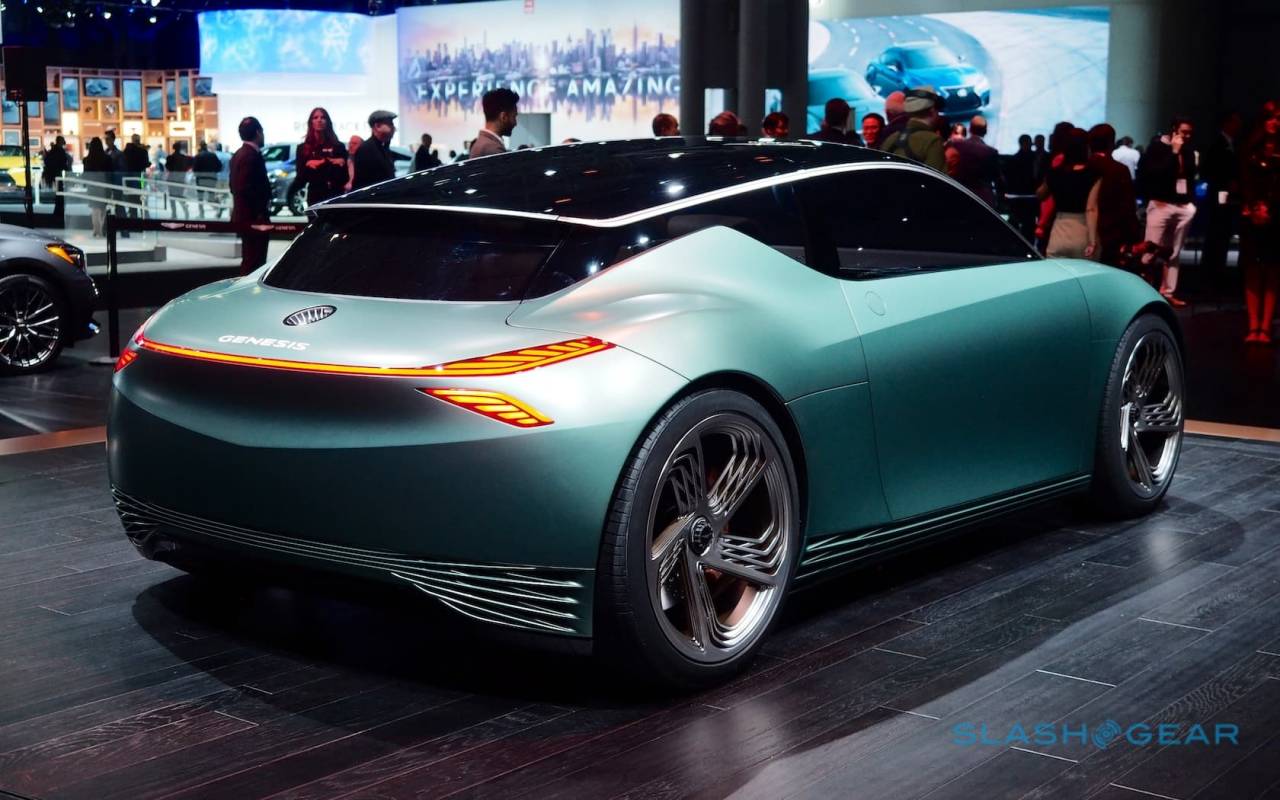 For the New York International Auto Show this week, however, Genesis looked well beyond its usual fare. While previous concept cars from the automaker have focused on outsized luxury – most memorably the Essentia, last year’s New York show car – the Genesis Mint takes a very different route. Rather than aping the strategy of huge two-doors like the Mercedes S-Class Coupe, it shows that small can be equally special. 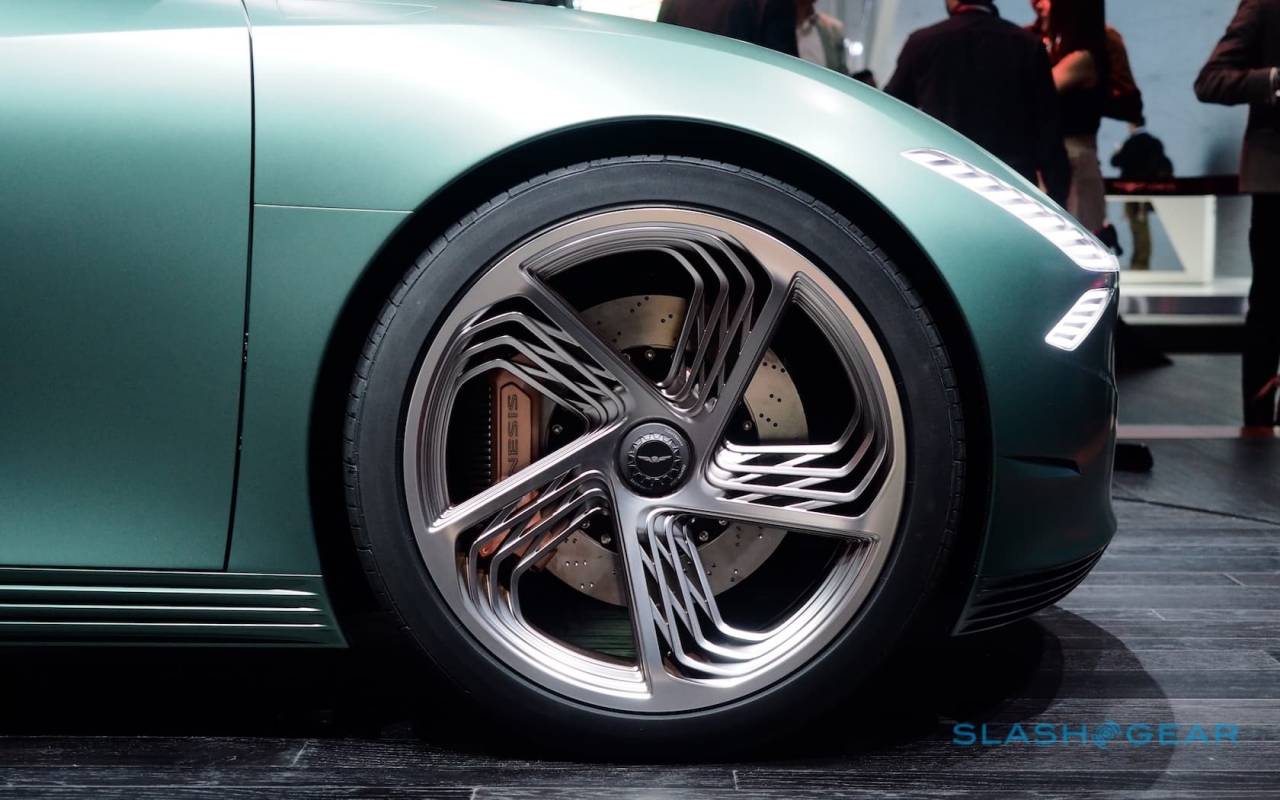 Mint goes in a new direction for Genesis, a compact two-door coupe intended for electrified driving in the city. Small cars are, typically, also cheap cars, but Mint bucks that trend. Instead it makes the argument that while size may be a factor of convenience in tight urban environments, it doesn’t have to correlate with quality or prestige. 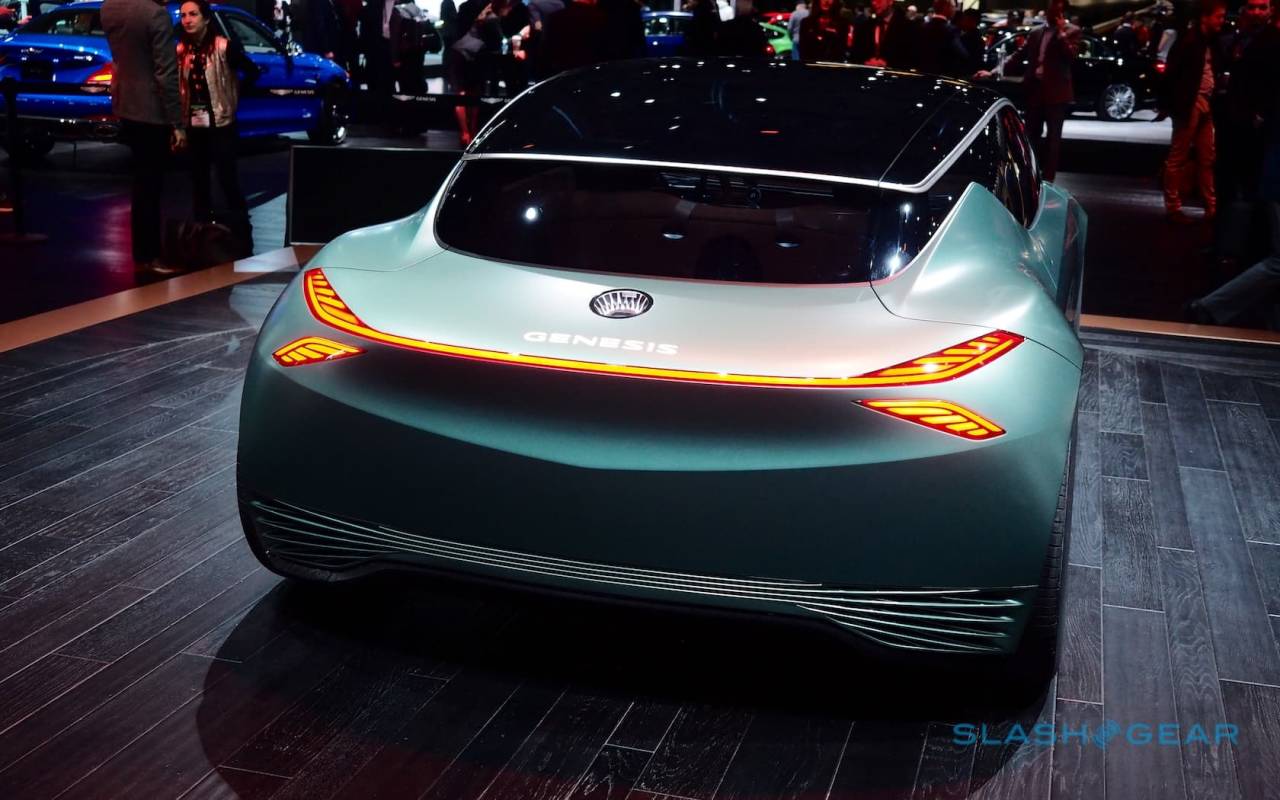 Certainly it looks the part, possibly besting even the well-received Essentia for eye-catching potential. Tiny front and rear overhangs combined with wraparound light elements serve both aesthetic and practical purposes, maximum cabin space and giving the coupe a sense of urgency. At the rear, instead of a trunk lid there are two scissor-style doors to access the parcel shelf storage. 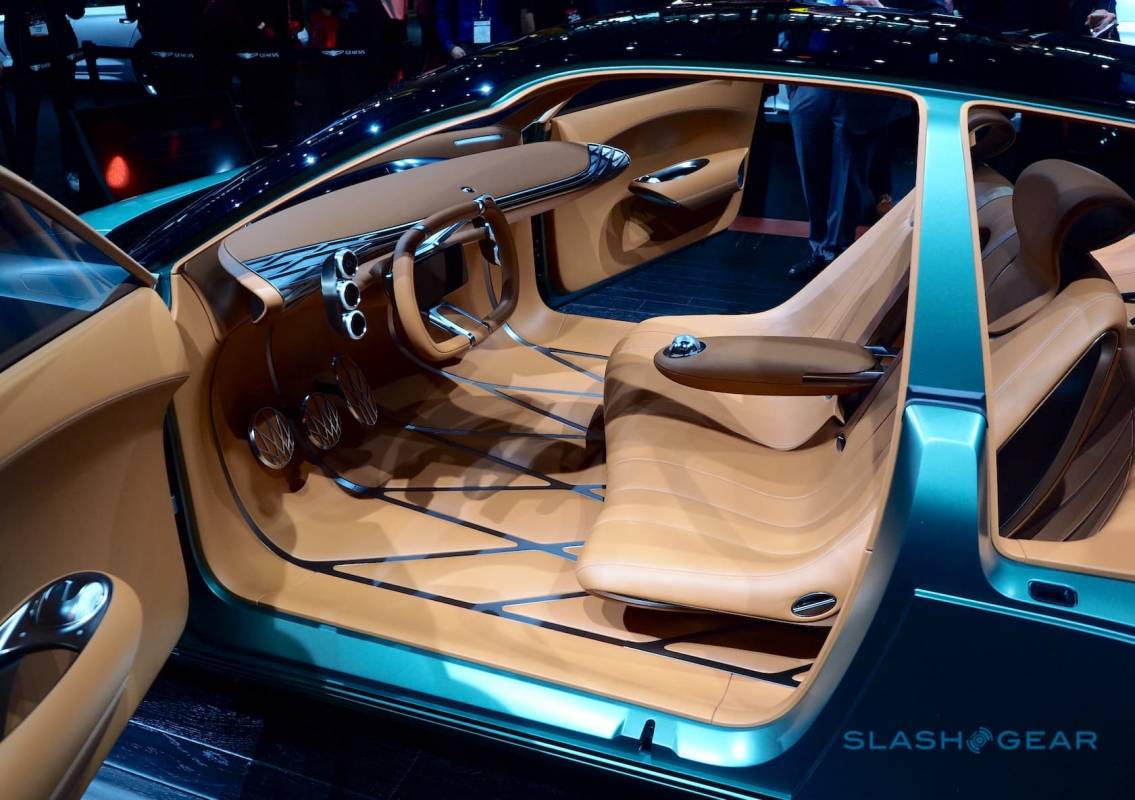 That checks off the usual “frivolous concept car” box, yes, but it also has practical implications. Genesis is thinking about the Mint’s urban stomping grounds, and the need to gain access to the trunk even when in close confines of busy city parking. Similarly, the centrally-positioned charging port at the back should play nicely with EV chargers on either side of the car. 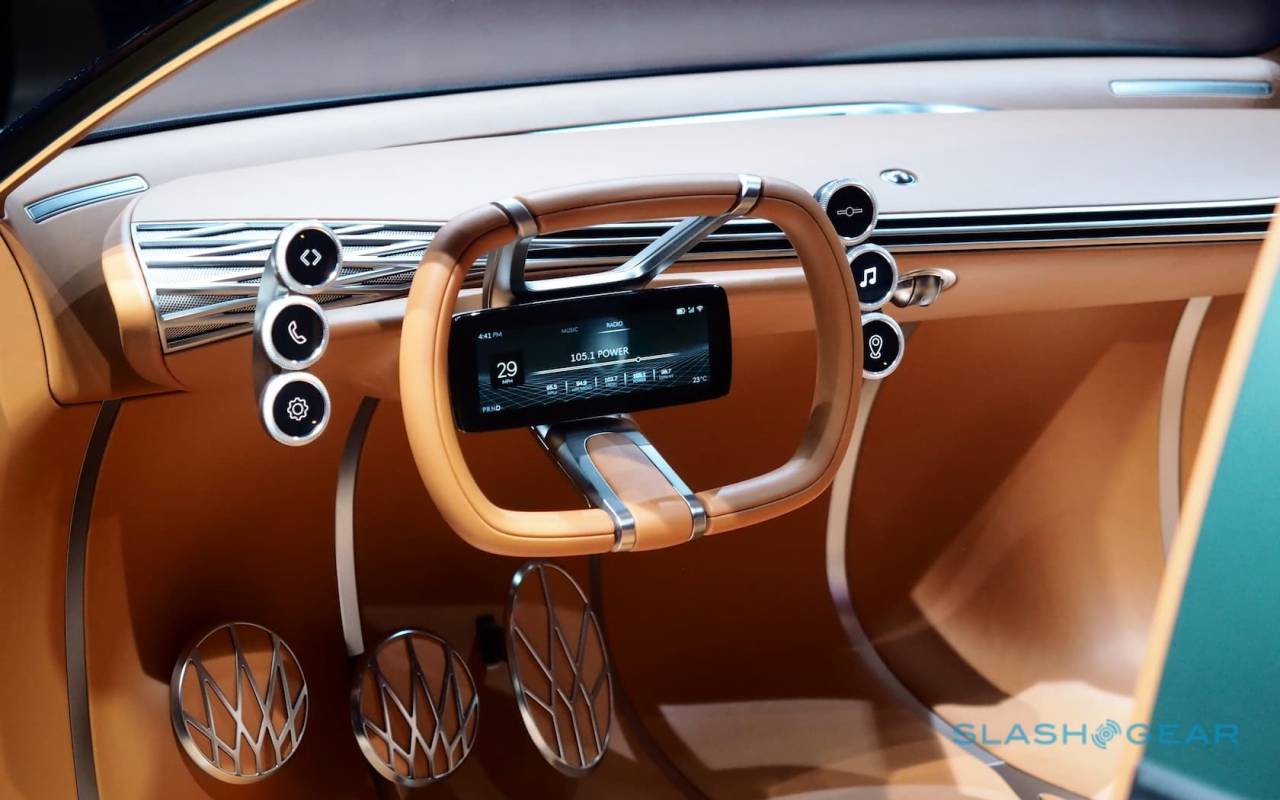 It’s the cabin that is a particular triumph. Cleanly minimal, but neither cold nor spartan, the cognac leather with gunmetal trim makes for a womb-like lounge; the two-seater bench only emphasizes that, with the center console folding out of the way if you need more space. All of the touch-points are pristine. 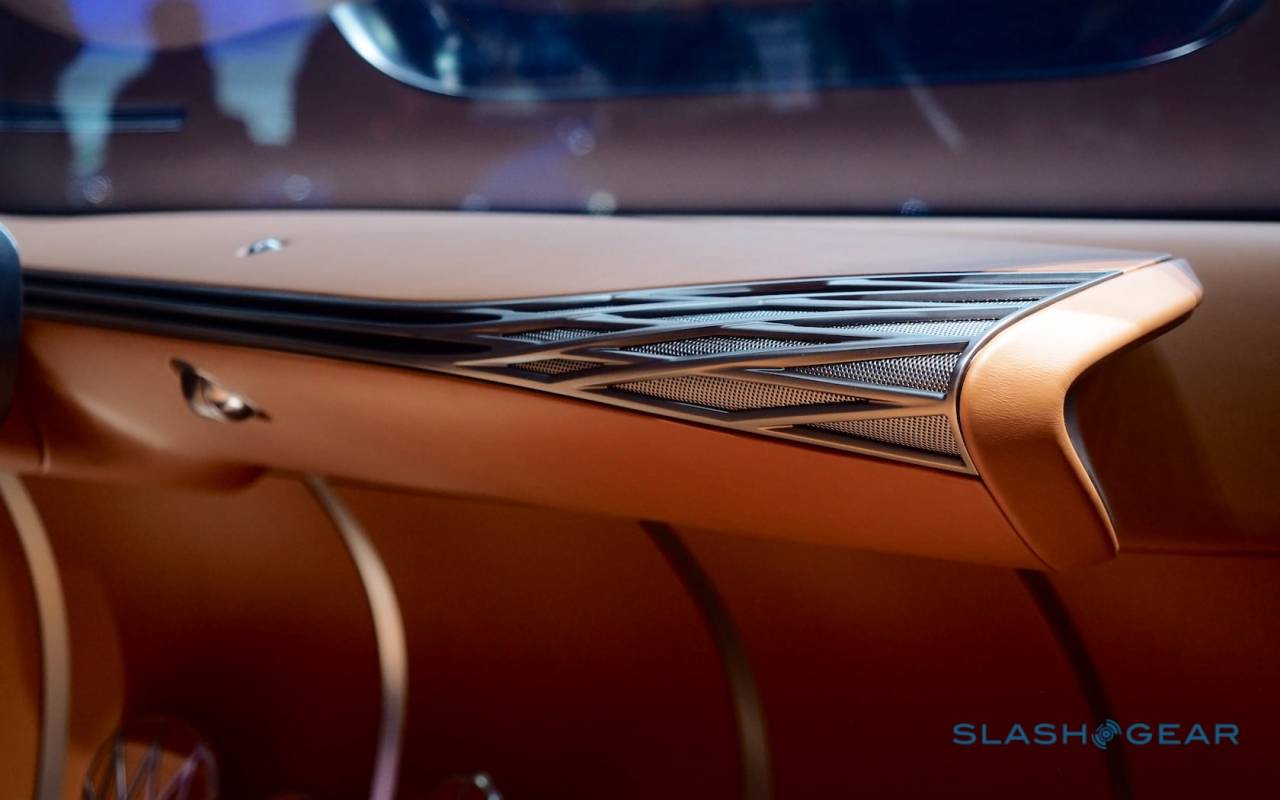 Genesis’ designers have condensed the controls into a cluster around and on the steering wheel. There’s a display in the center, as well as six individual pods – a pleasantly retro touch, with 60s space rocket style – flanking it. Each focuses on an individual function. 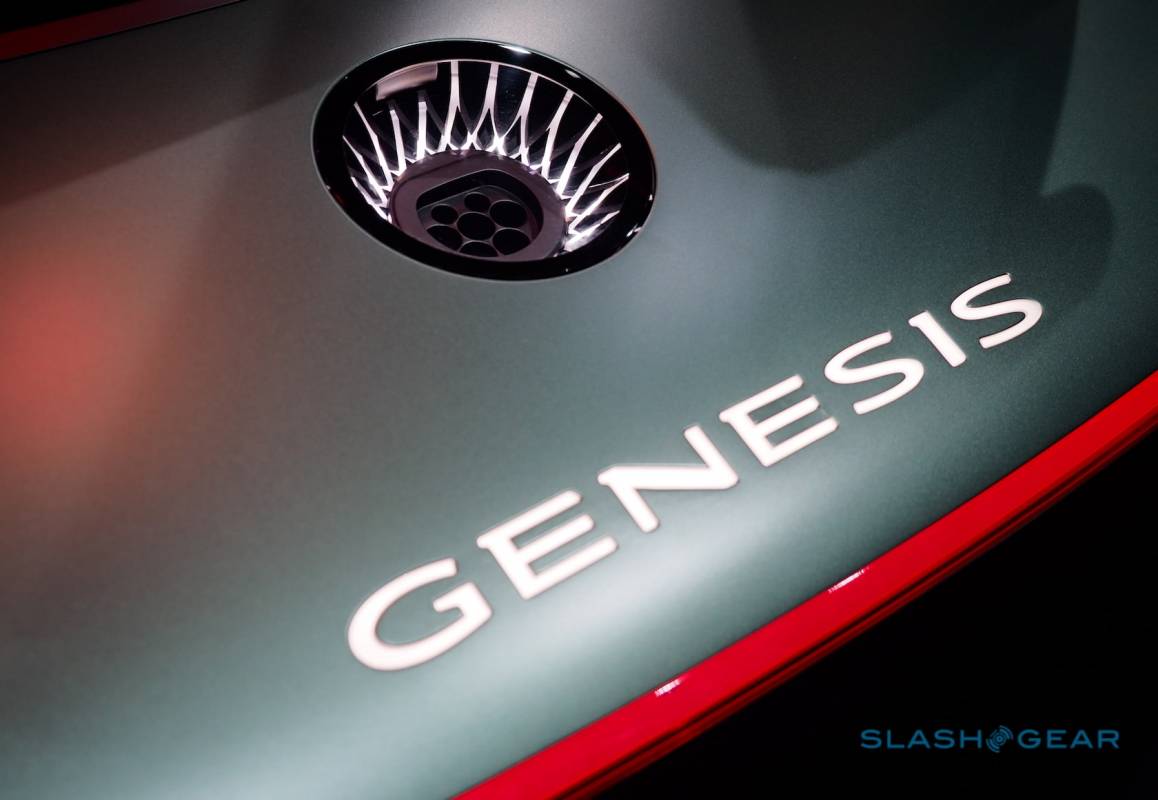 The drivetrain, meanwhile, prioritizes recharging speed. While its estimated 200 miles of range isn’t the biggest of an EV out there, the 350 kW fast-charging support should see periodic top-ups completed far faster. 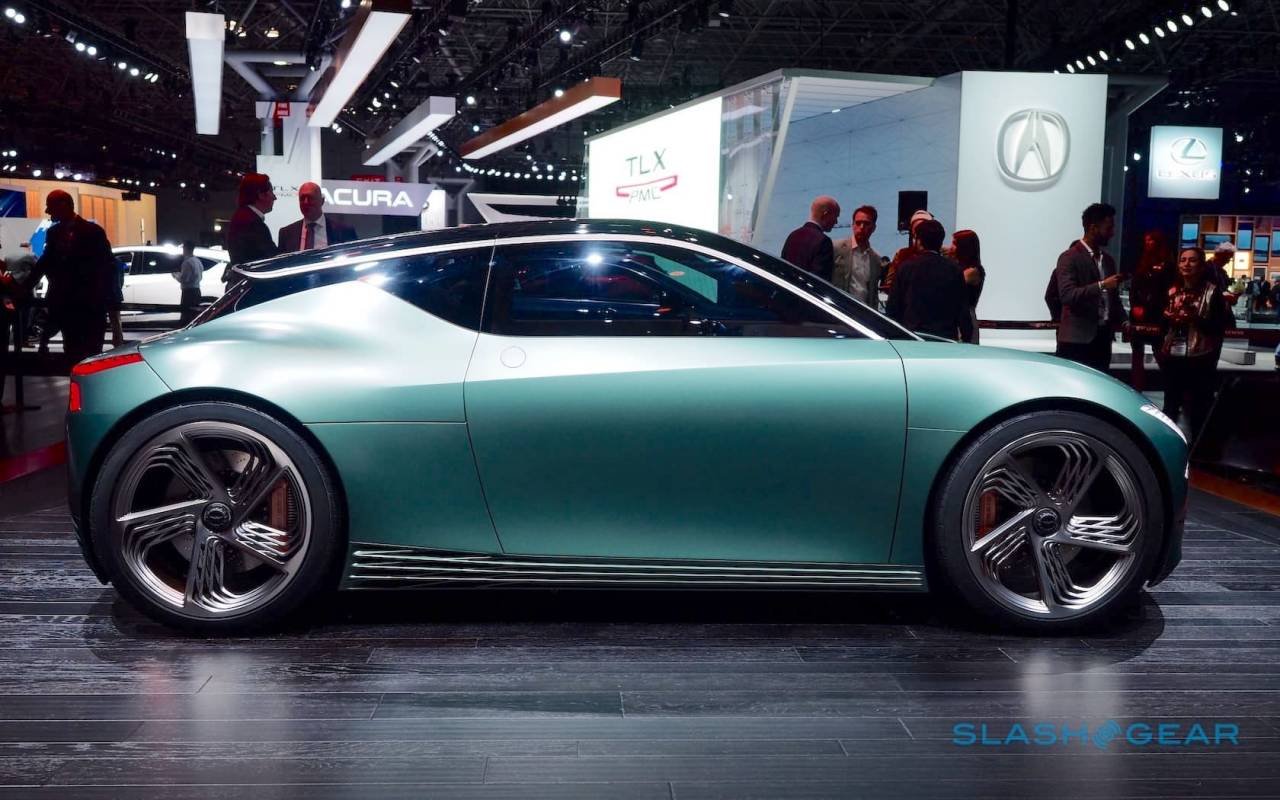 Certainly, there’s plenty of charm in evidence on the Mint. The matte green paint and wheels look great, and the size is a welcome diversion from ever-larger vehicles. What’s most intriguing, though, will be seeing how much of the Mint that Genesis can translate to future production cars. There’s a big opportunity here to stop trying to compete on Audi, BMW, and Mercedes’ terms, and do something very different – enabled by the shift to electrification. Here’s hoping Genesis makes the most of that possibility.