Genesis is forging its own path, trying to carve out a segment of the luxury market without riding on the coat-tails of Hyundai and Kia, and it needed a figurehead car. That’s just what the South Korean automaker delivered at the New York International Auto Show this week in the shape of the Genesis Essentia Concept. While the new 2019 G70 might be the production car, it’s an all-electric performance Gran Turismo to which the responsibility to make Genesis a respected brand falls.

It’s tough to find a bad angle on the Essentia. The car is every bit as unfeasibly low as you’d expect from a concept vehicle – which doesn’t have to deal, of course, with the realities of less-than-perfect asphalt – but stops short of outlandish proportions. The hood is long, like classic GT cars, and bears Genesis’ new grille design, a less fussy version of the existing crest that helps further distance the car from its Hyundai cousins. 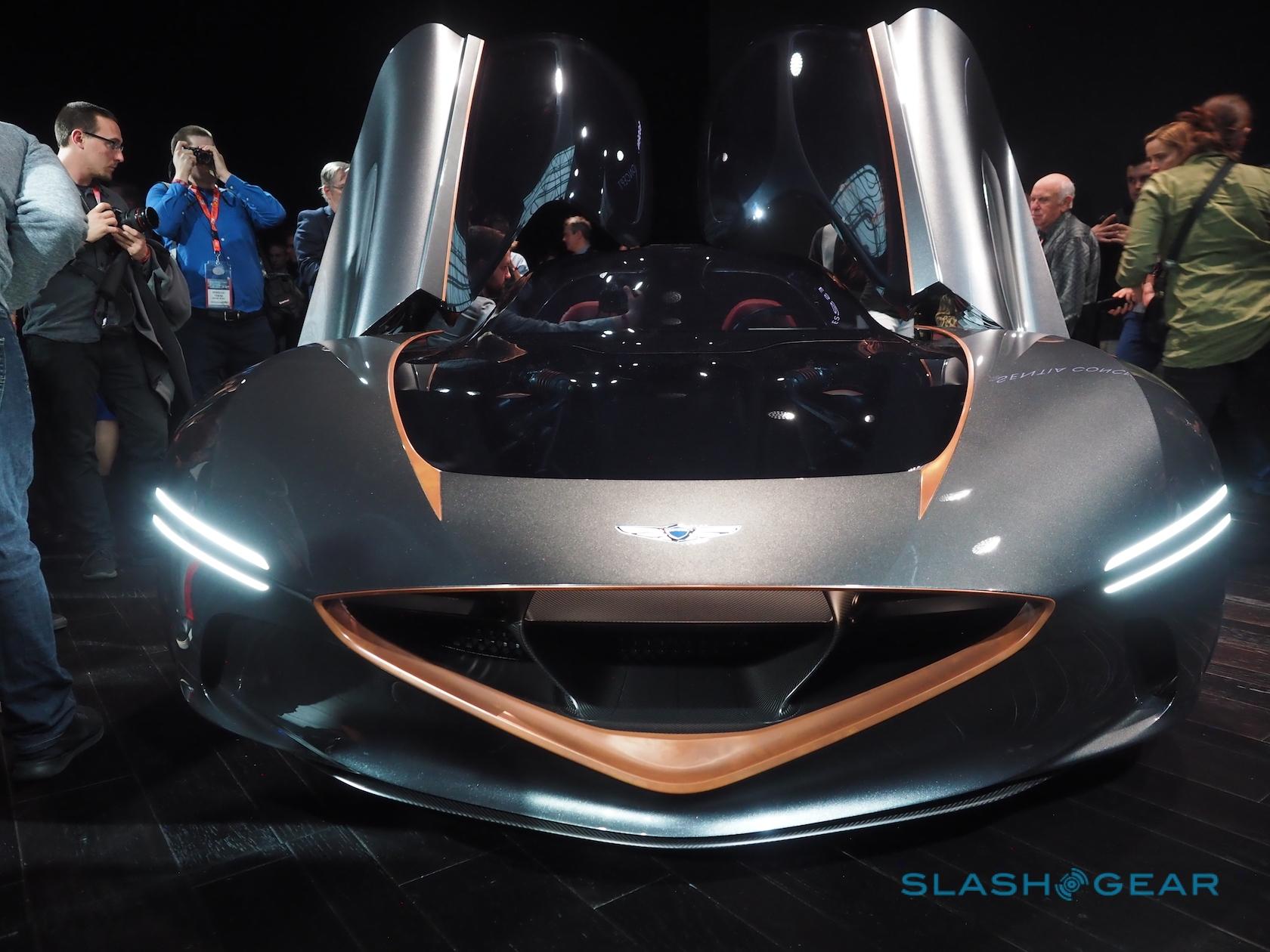 Most striking are the lights. Genesis showed the laser optic technology first on the GV80 Concept SUV, and we’re hoping they appear on production cars sooner rather than later. Slim, flush blades that score the front and rear of the car, they’re a distinctively minimalistic message that Genesis has a handle on cutting-edge engineering.

Indeed, you could argue that’s the overall argument the Essentia Concept tries to make. Translucent panels in the hood expose the underlying hardware of the pushrod suspension, underscoring that the show car is no mere clay sculpt. Butterfly doors expose a latticework of body structure, which Genesis says could lean heavily on 3D printing techniques. It’s similar to what Hyundai showed in Geneva earlier this month, in the door structure of the Le Fil Rouge concept, but altogether more complex. 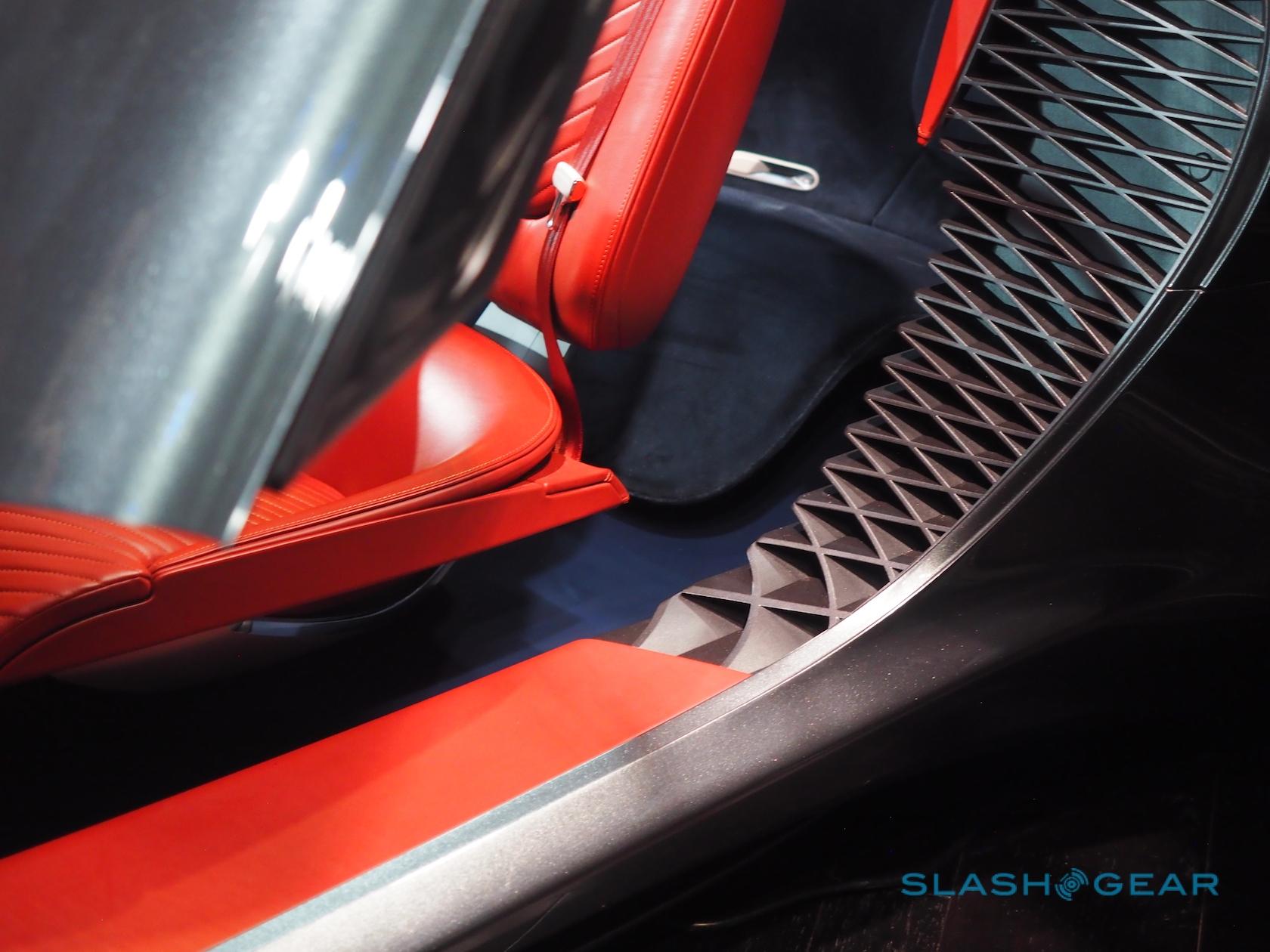 While this particular concept car may have come as a surprise at the New York show, Genesis has been putting the pieces in place for its tipping point for some time now. Back in 2016, designer Luc Donckerwolke jumped ship from Volkswagen Group – where he’d been Design Director of Audi, Bentley, and Lamborghini – and took up the reins as chief designer at Genesis. There, he works with the famed Peter Schreyer, who currently oversees design at Hyundai, Kia, and Genesis.

Together, the pair have some seriously impressive credentials. Schreyer is particularly known for his work on the original Audi TT, a car which – even more than two decades from its first debut – is still among the favorites of many car design experts. Donckerwolke, meanwhile, produced Bentley’s EXP 10 Speed 6 concept coupe in 2015, shortly before leaving the company. 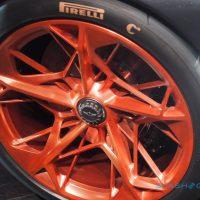 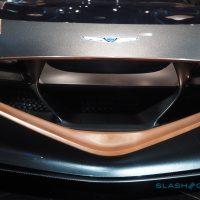 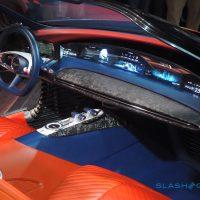 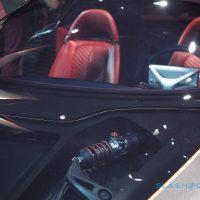 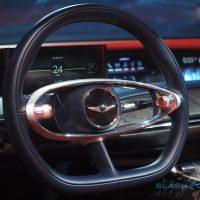 While it would be a stretch to draw too many parallels between either of those cars and the Genesis Essentia, there are some key themes nonetheless. Most significant is probably the effort that has gone into the quality of the detailing. The Essentia Concept’s stunning wheels with their three-dimensional structure, reminiscent of a snowflake under a microscope, are a good example of that. Inside the cabin, there’s a cohesiveness and quality that you don’t always find in concept cars. 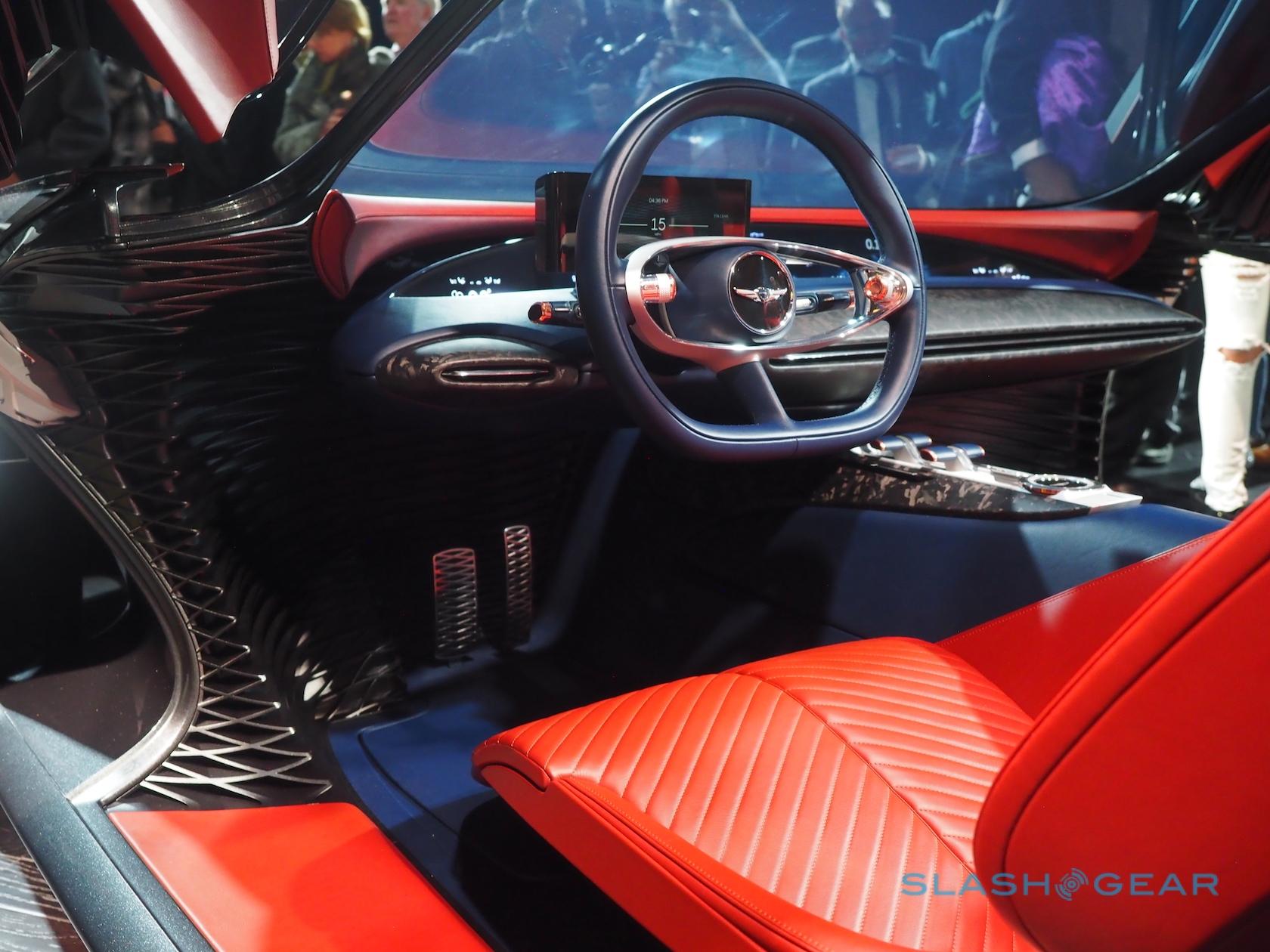 Indeed, it doesn’t take too much to imagine the Essentia going from auto show to production line. Genesis has been vague about powertrain specifics, focusing more on how the electrification is accommodated than the performance it might deliver. Putting the battery inside the long center console, rather than under the floor, helps keep the car’s stance while also ensuring there’s sufficient space for the power to tackle extended journeys. 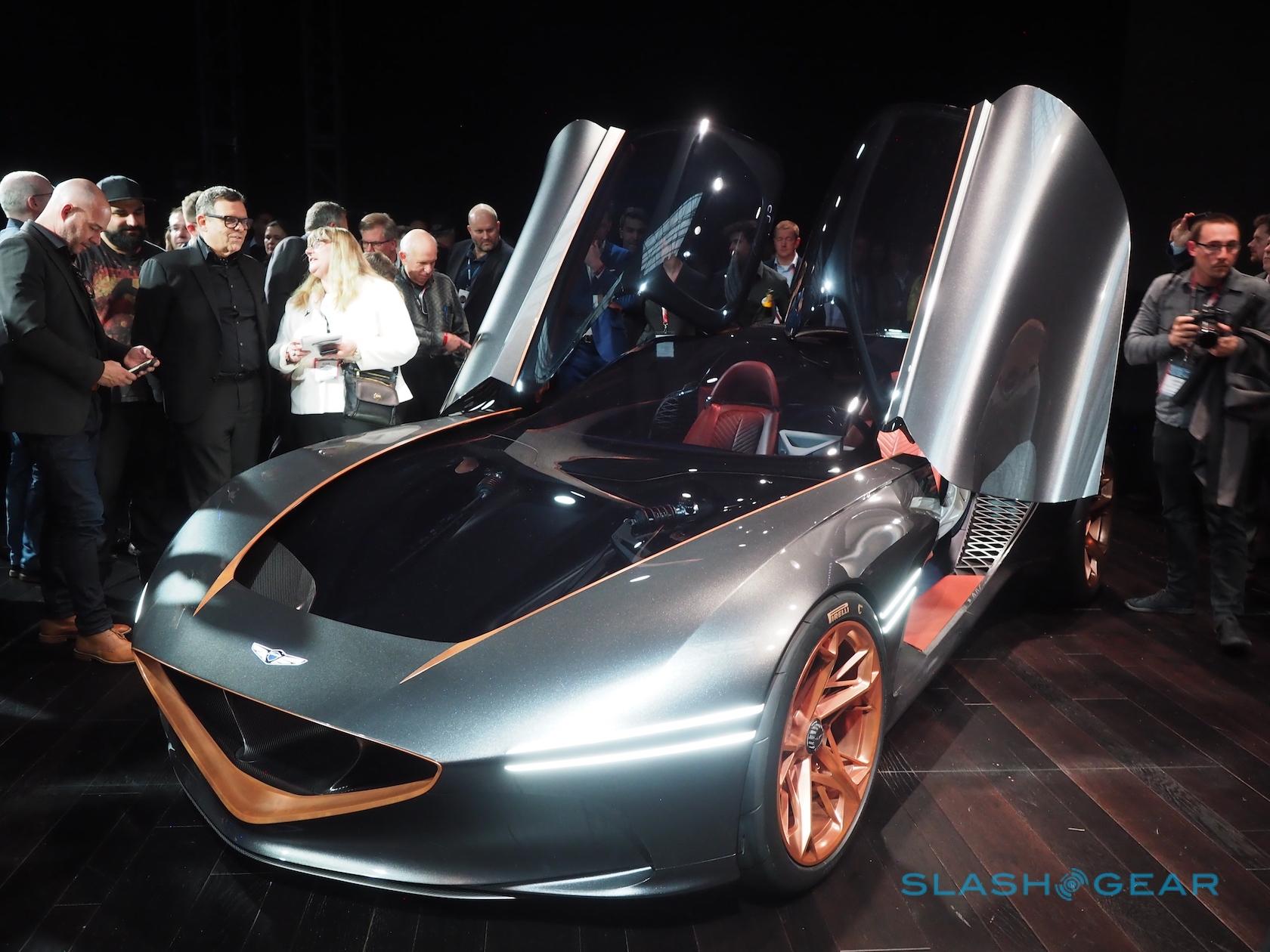 It’s unlikely, disappointingly, that Genesis will give the Essentia the green-light for production. Like the other stand-out concept of this year’s New York show, the Volkswagen Atlas Tanoak, the automakers’ goal is to upend expectations of what each marque represents. While an all-electric Gran Turismo car may be worlds away from a beefy pickup truck, neither are what you’d expect from Genesis or VW respectively; both, though, achieve a near-visceral impact, in part because they’re each so close in look, feel, and overall construction quality to something you could easily envisage finding in a dealership. 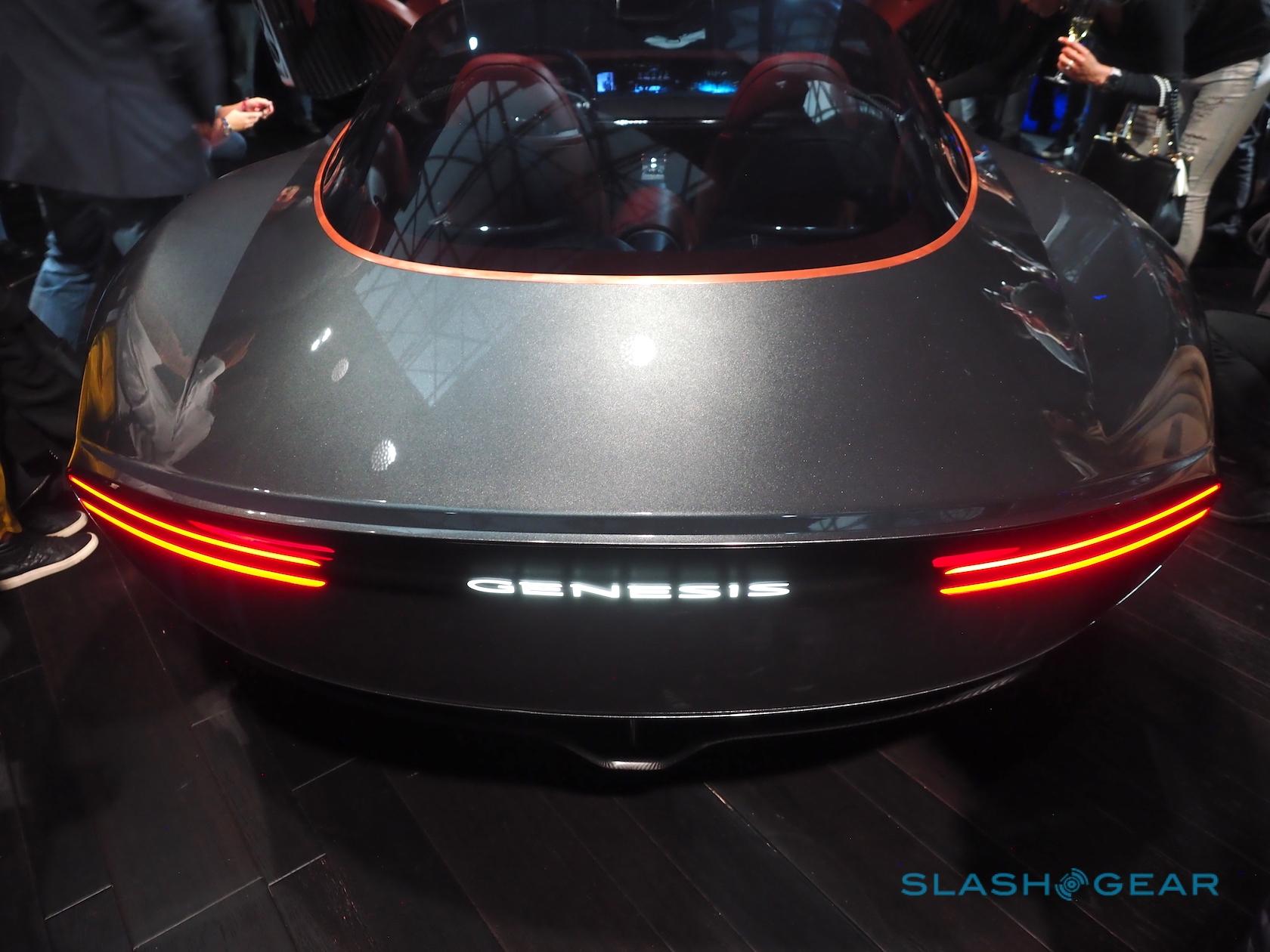 For VW, that’s important as the brand reinvents itself out from under the shadow of the “dieselgate” saga. Genesis’ challenge is even more considerable, though. It may have demonstrated that it can make affordable cars, and well-equipped cars, and even capable cars, but now it needs to prove it can deliver cars that invoke lust as much as rationality.