It’s fair to say the Galaxy Fold hasn’t had the most consistent track record when it comes to reassuring build quality, but with a redesigned version now coaxing $2k out of early-adopters’ pockets, Samsung’s second attempt is getting the teardown treatment. Years in development, it took only days for reviewers to discover glaring flaws in the foldable phone’s design. A few months on, it seems most of those have been patched.

First, a recap. The original Galaxy Fold design, when it arrived with select reviewers earlier in 2019, wasn’t just problematic in one area: there were, in fact, a few issues. Most obvious was the top layer of the flexible OLED, which looked so much like a regular, remove-after-you-unbox plastic screen protector, some unsurprisingly tried to peal it off.

Unfortunately it wasn’t designed to be removed, and doing so sent the OLED into a glitchy tailspin. Combined with a hinge that would allow grit and other debris into the phone and – when it slipped underneath the display – eventually encourage it to break, and there were legitimate questions around why Samsung came so close to a public release with something that had so many obvious issues.

Back to the drawing board, and along comes the Galaxy Fold with a few small – but important – tweaks. Samsung has explained its changes, which include new end-caps on the open portions of the hinge, extending the top layer of the OLED to under the bezels so that it doesn’t become appealing for pealing, and adding a new reinforcement layer to the display too. iFixit whipped out its tools for a second teardown. 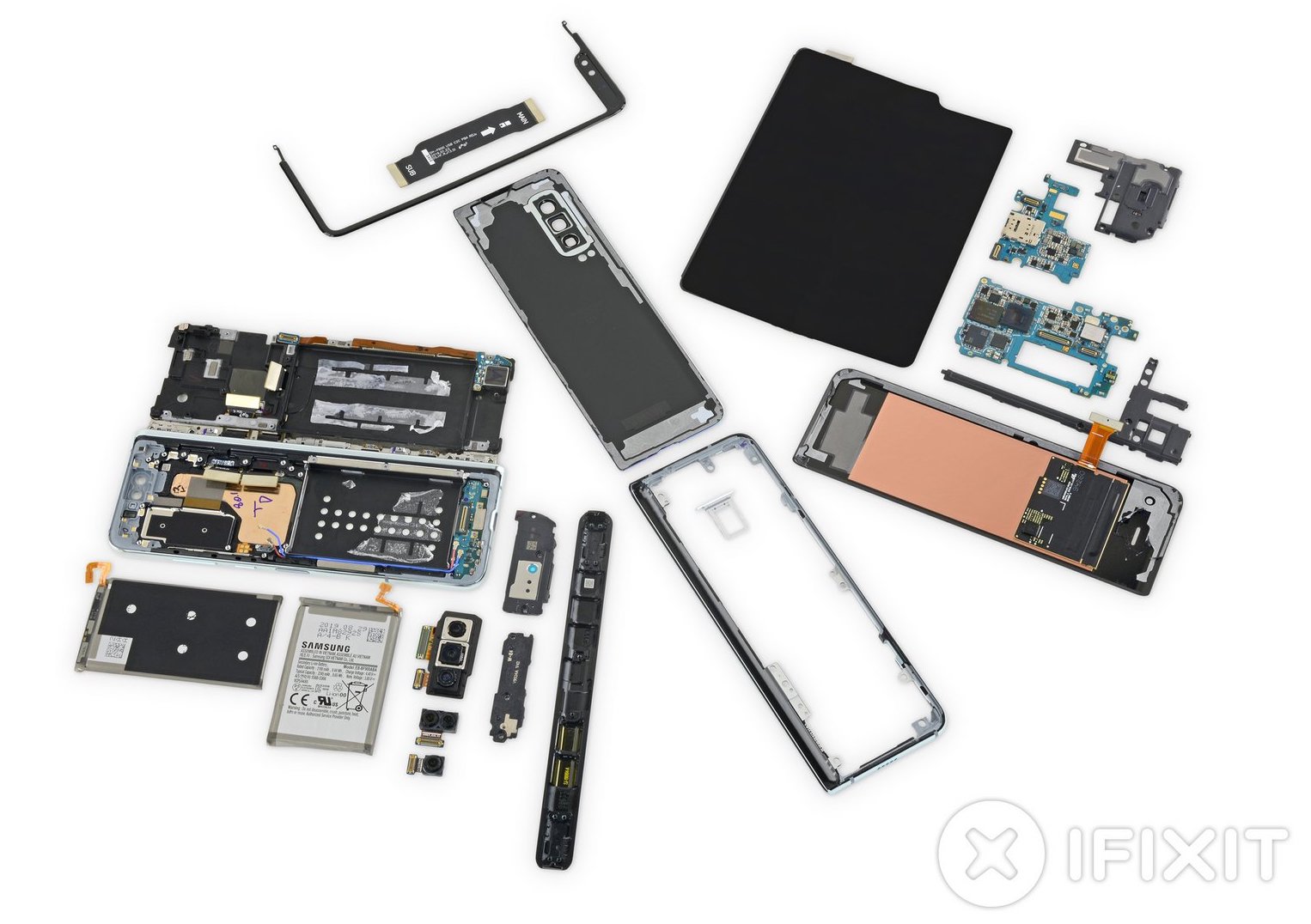 Sure enough, what Samsung promised has indeed come to pass. The Galaxy Fold opens up relatively easily, though – as with most modern phones – there’s little inside that could be user-replaced. Samsung’s addition of “notched armor” is like chainmail between the display’s backing plates and the OLED itself, the repair specialists say, and there’s a little more glue involved to hold things together and maybe keep out errant fingernails or more.

Still, even with the new T-shaped end caps, there are concerns. The hinge is mighty clever in how it controls the forces involved – even if third-party testing had very different results from Samsung’s own resilience tests – but there are still openings. “These gaps are less likely to cause immediate screen damage,” iFixit predicts, “but will definitely attract dirt.”

The overall assessment is that Samsung did what it could – and what was necessary – to make the Galaxy Fold more resilient to everyday life, but that it’s still both a delicate device and one hardly accommodating to repairs. The 2 out of 10 overall score for that latter factor underscores it.

Samsung does offer a single screen replacement if you should manage to break the OLED, but it still costs $149 and owners can only take advantage within twelve months of purchase. Given iFixit’s conclusion that “the fragility of the main display mean you’ll almost certainly be replacing it before long” that’s ominous. Nobody ever said life at the cutting-edge was easy.