Foxconn may be best known as the electronics manufacturer Apple relies on to build the iPhone, but the company is also previewing its automotive intentions with the reveal of three new EVs. Part of Foxconn’s push to diversify beyond phones, tablets, and other consumer tech, the trio included two cars and an electric bus.

Foxconn – also known as Hon Hai Technology Group – has been signaling its ambitions in the transportation sector for some time now. Deals with Fisker, Gogoro, Byton, and others have all given the manufacturer an opportunity to evolve its production lines into cars, electric scooters, and SUVs.

However, these three new models previewed today are something different. Foxconn developed them itself, rather than partnering with another company, though the underlying platforms each is built upon could be shared with other partners. Indeed, Yulon Motor Group – which already has a joint venture in place with Foxconn, known as Foxtron – will use the EV architecture for its Luxgen and CMC brands. 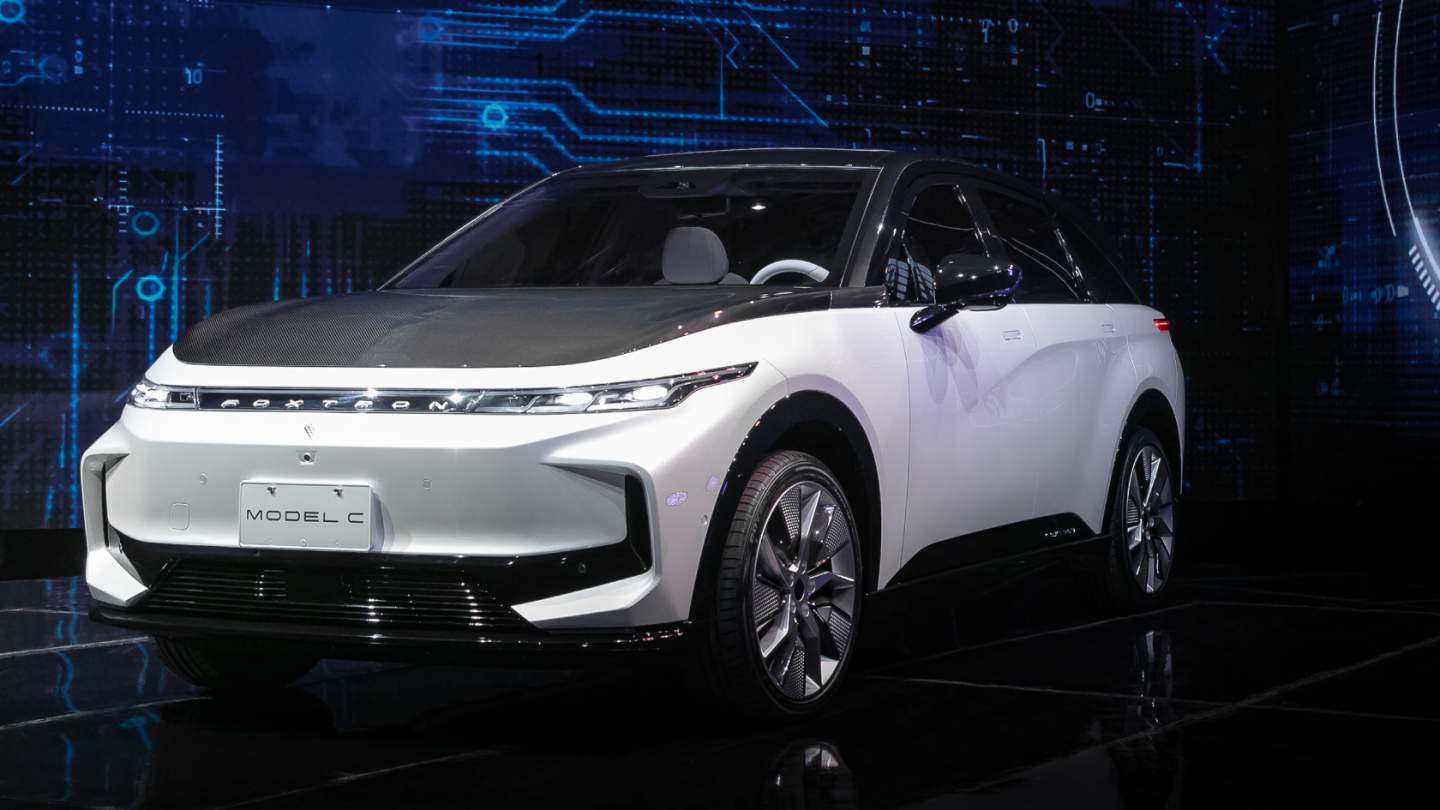 First of the three vehicles is the Foxconn Model C, an SUV built on the company’s “electric vehicle open platform.” It can seat 5+2 – effectively five full-sized seats, and two jump seats in the back scaled for children – in a footprint around 15 feet long. In fact, it’s a few inches shorter than Tesla’s Model Y.

Foxconn says the Model C could do 0-62 mph in 3.8 seconds, and have a range of 435 miles. “Thanks to the open platform sharing advantages,” the company adds, “consumers can have a pure electric SUV with high performance, high efficiency, high intelligence, low energy consumption and large space at a reasonable price comparable to a fuel-powered car.” Exact pricing expectations haven’t been revealed, however. 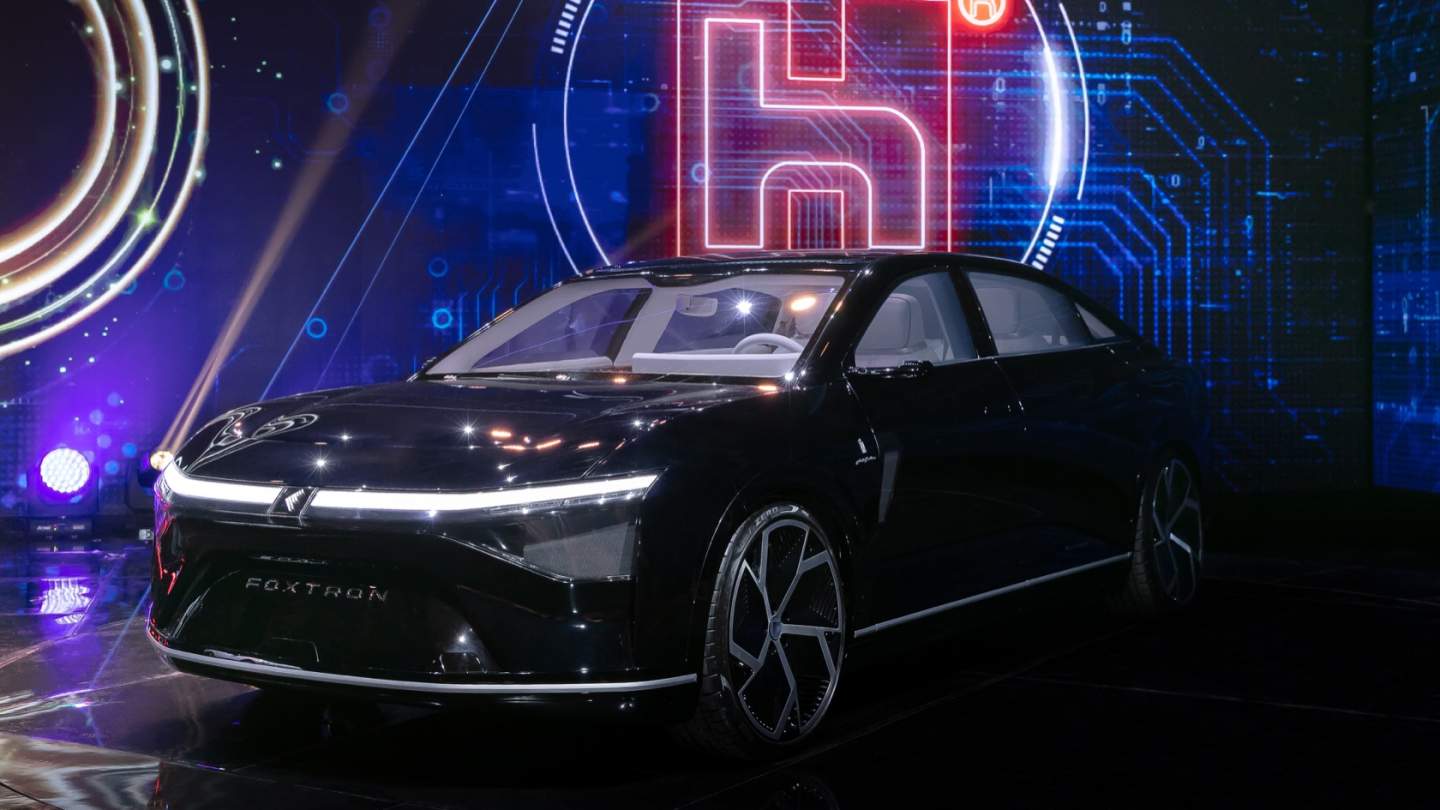 As for the Foxconn Model E, that saw Hon Hai collaborate with Pininfarina. The legendary design studio penned a luxury sedan, with around 750 horsepower on tap and a 0-62 mph time of 2.8 seconds. Range of 466 miles would be comparable to the best promises of Lucid Motors, and Foxconn says the cabin – in particular the rear accommodation – is designed to be converted into a mobile office.

It’ll also be a high-tech showcase, with features like facial recognition for the doors and “smart windows.” Foxconn may not be too popular over at Ford, mind, which is protective of the “Model E” brand and notoriously forced Tesla to change the name of its most affordable car to Model 3 as a result. 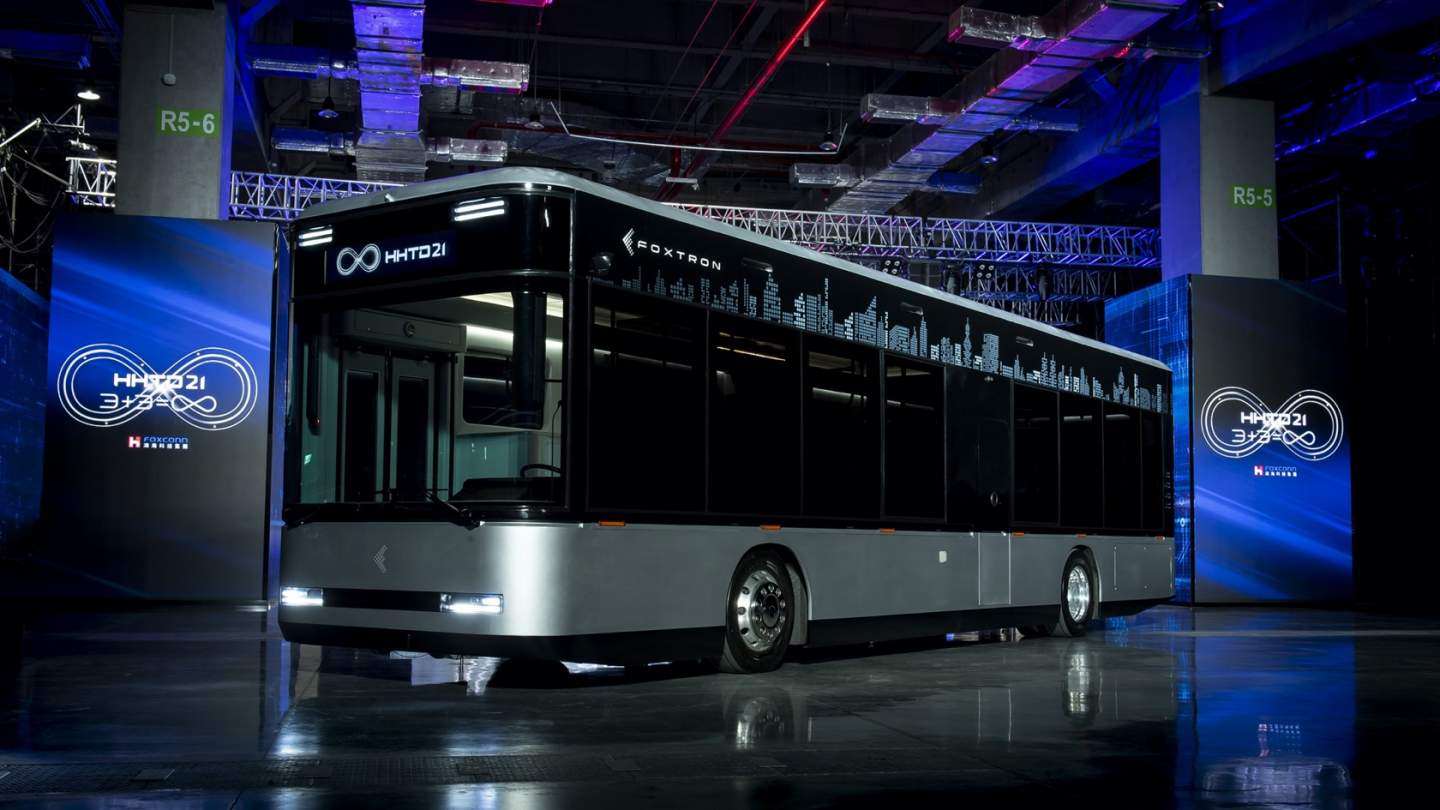 Finally, the Foxconn Model T is an all-electric bus. Focused on urban use, it would have a 249+ mile range and a top speed of 75 mph.

Exactly when we could see these vehicles – or other EVs based on their underlying technology – remains to be seen, but Foxconn seems aggressive in its roadmap. In the space of five years, the company predicts, electric vehicles will be a trillion Taiwanese dollar business. Meanwhile, Foxconn is said to be purchasing a US production facility.