The first-generation Ford Mustang entered the market on April 17, 1964. Today marks the 56th birthday of Ford’s iconic pony car, and it’s doing so by celebrating two milestones. According to HIS Markit, the Mustang is the world’s best-selling sports car. It also earned the best-selling sports coupe title for the fifth straight year.

This makes the Ford Mustang the best-selling sports car in America for the last 50 years. Now in its sixth generation, the iconic Mustang name lives on with the arrival of a new Mustang Mach-E electric SUV later this year. “We’re proud of our growing Mustang stable and performance variants,” said Jim Farley, chief operating officer, Ford Motor Company. “We are honored to serve our owners, enthusiasts, and fans for 56 years and counting.” 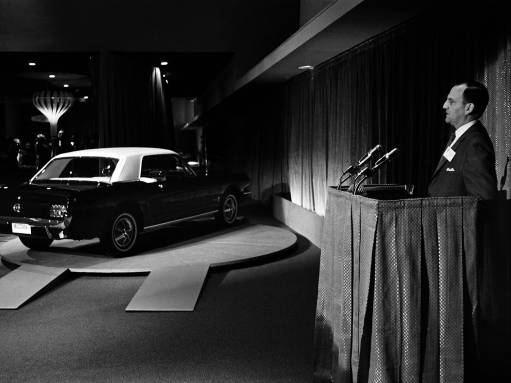 Without a doubt, the Mustang is also the world’s most recognizable muscle car. Ford sold 102,090 units of the Mustang in 2019, but it also ruled the sports car market around the world. In fact, Mustang sales nearly doubled in France while Germany and Poland saw a 33-percent and 50-percent rise in sales, respectively. “From Sweden to Shanghai, more and more driving enthusiasts are enjoying the feeling of freedom and the American open road in these new Mustangs,” added Farley. 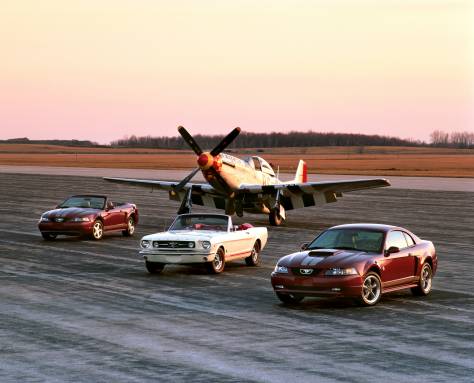 Currently offered in up to 12 trim models globally, the Ford Mustang offers a wide range of choices for both muscle car and sports car enthusiasts. According to Ford, this is the greatest-ever performance lineup offered by the American carmaker since the Mustang’s inception 56 years ago. 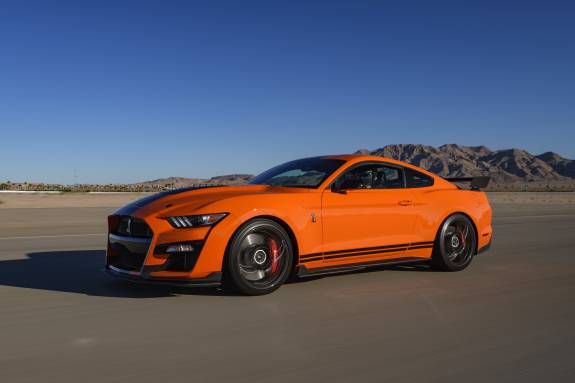 Even the base Mustang EcoBoost Fastback with a turbocharged 2.3-liter four-banger with a standard six-speed manual gearbox is a scorcher. It has 310 horsepower and 350 pound-feet of torque with base prices starting at around $27,000. Meanwhile, the convertible model starts at below $33,000. The Mustang GT offers a 460-horsepower 5.0-liter V8 motor with a standard manual gearbox at less than $40,000.

But the big daddy of all Mustangs is the Shelby GT500. It’s the baddest and most powerful Mustang ever built. Editor-in-chief Vincent Nguyen said it best: “The 2020 Ford Mustang GT500 is all about the numbers.” Powered by a massive 5.2-liter aluminum V8 engine equipped with an Eaton supercharger providing 12 psi of boost, the Shelby GT500 has 760 horsepower and a tire-shredding 625 pound-feet of torque to play with. 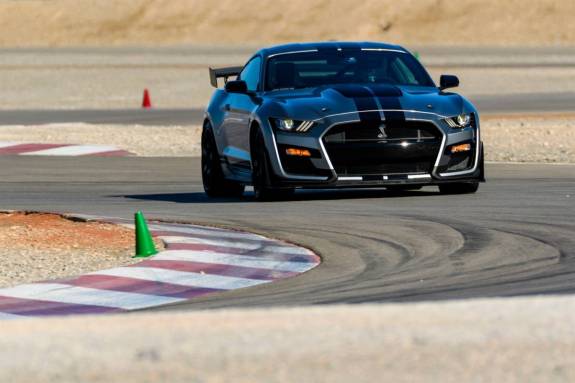 The Shelby Mustang GT500 is as savage as it gets. Ford claims a zero to 60 mph time of less than 3.0-seconds and a quarter-mile run of 10.8-seconds at 131 mph, but the chief took it further as he test-drove the GT500 at the Las Vegas Motor Speedway last year. 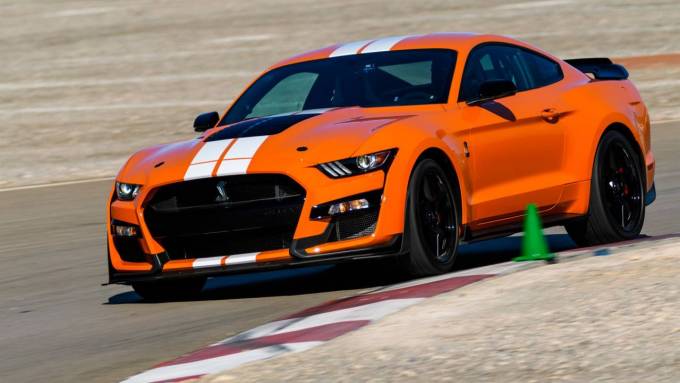 Managing three runs at the dragstrip, the GT500 destroyed the quarter-mile in 11.4 seconds and a zero-to-sixty time of 2.101 seconds. “The GT500 is more than capable of giving the Hellcat Redeye a serious run for the money,” said Nguyen.