The Ford Mustang Mach-E is not scheduled to arrive until later this fall, but Ford is already pumping up the performance and battery specs of its first-ever all-electric vehicle. According to documents obtained by Mach-E Forum from an undisclosed Ford dealer, the newest Mustang Mach-E is set to receive more horsepower, more torque, and a higher capacity battery than previously stated.

Wait, there’s more good news. Apparently, the improvements are not limited to higher trim models of the Mustang Mach-E. As it turns out, even the base single motor rear-wheel-drive model will benefit from more power and a higher-capacity battery. 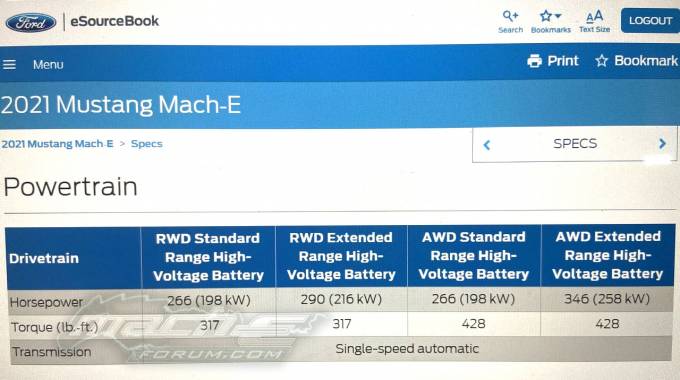 The 2021 Ford Mustang Mach-E is available in rear-wheel (single motor) and all-wheel-drive (dual motors) and a choice between two battery packs. The Standard Range Mach-E has a 75.7 kWh battery while the Extended Battery version has a 98.8 kWh unit. Based on the documents obtained by Mach-E Forum, both the standard and extended range versions will receive upgrades in horsepower and battery capacity.

Initially, Ford revealed the base single motor Mach-E with RWD is good for 255 horsepower and a range of around 230 miles. But with the new specs, it now has 11 more horsepower, 11 more torques, and 8 more kilowatts from the battery for a total of 266 horsepower and 317 pound-feet of torque. Not bad for a base electric SUV, right? 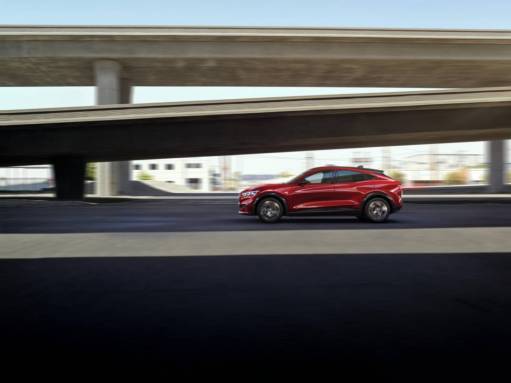 And with the RWD Extended Battery model, the Mach-E has 8 more horsepower, 11 more torques, and 6 kilowatts more from its battery pack. All told, the changes are enough for a total output of 290 horsepower and 317 pound-feet of torque.

Meanwhile, the Mach-E AWD standard range model has 11 more horsepower, 11 more torques, and 8 kilowatts of additional juice. It’s enough to boost its output to 266 horsepower and 428 pound-feet of torque. The highest power hike belongs to the Mustang Mach-E AWD with the extended battery. It now has 14 more horsepower, 11 more torques, and 10 kW more. It now has a total output of 342 horsepower and 428 pound-feet of torque. 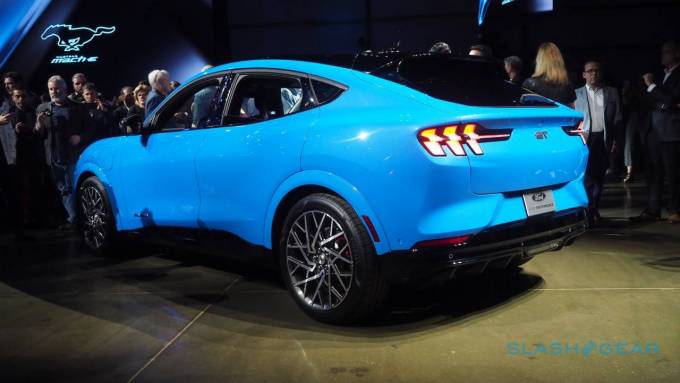 How did Ford squeeze out more power from the Mustang Mach-E? The American carmaker didn’t exactly say how, but it all boils down to software refinement. It’s the same deal with Tesla and other EV makers when fine-tuning the software efficiencies in their respective offerings. 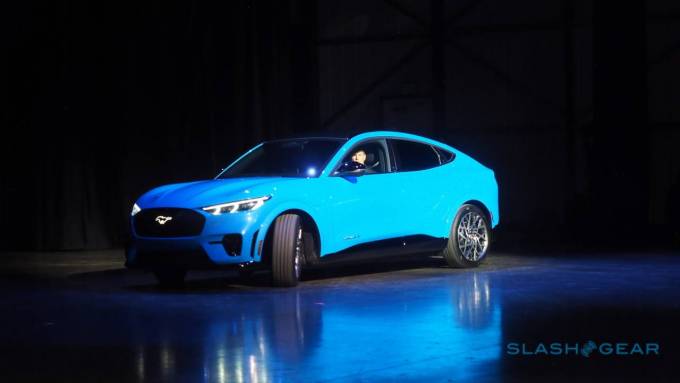 However, the document failed to mention anything about the Mach-E GT model, which is the most powerful version of Ford’s electric Mustang. Capable of churning out 459 horsepower and 612 pound-feet of torque, it’s a high-performance derivative aimed squarely at the Tesla Model Y.