Ford will throw open the order books to the 2022 F-150 Lightning later this week, announcing plans to almost double annual production of the all-electric pickup as it races to convert reservations into sales. Demand for the EV truck surged beyond even what ambitious estimates envisaged, with nearly 200,000 now having placed a refundable deposit to stake a place in the build line.

While outsized demand is unarguably a nice problem to have, it also leaves Ford facing a not-insignificant challenge. Supply chain pinches, the semiconductor shortage, and the ongoing impact of the pandemic on production has left all new vehicles in short supply, never mind a breakthrough all-electric version of the best-selling F-150. Ford’s initial production goal would’ve seen it take several years just to catch up with pre-release reservations. 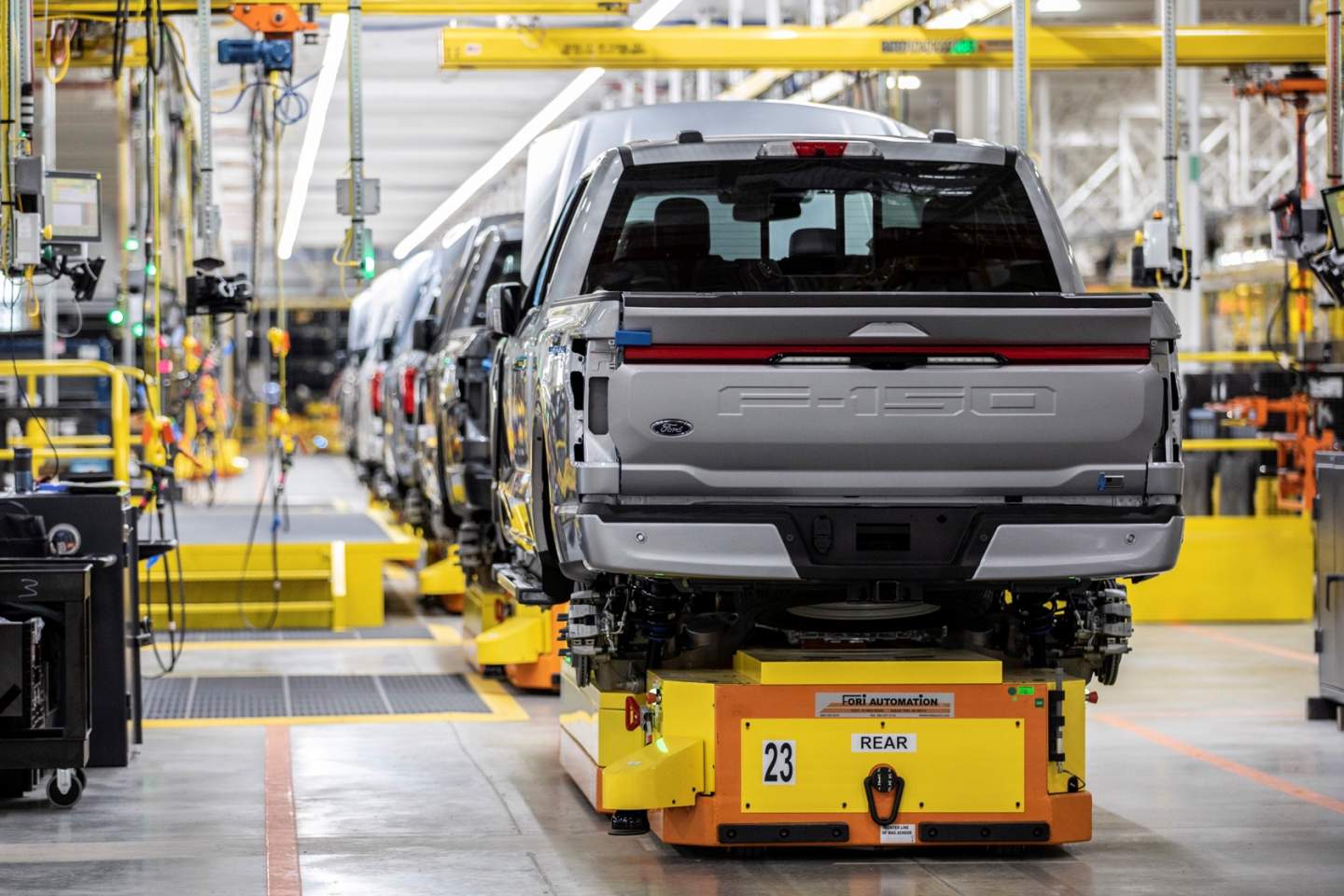 The automaker responded by increasing that goal late in 2021, and now is bumping it up again. The Rouge Electric Vehicle Center in Dearborn is now targeting 150,000 trucks per year, having already announced it will triple production of the Mustang Mach-E electric crossover. That should reach 200,000+ units per year by 2023, Ford predicts.

As for reservation holders, the date to place an actual order is fast approaching. Ford expects to invite those would-be customers to begin converting reservations to actual orders from this Thursday, January 6th; that process will be carried out in waves, so as to avoid overloading the system.

The first group should be getting an email invitation later this week. Over the next few months, more from the reservations list will be able to access the full configurator. However, assuming everyone who has placed a deposit decides to go ahead – something by no means guaranteed – it still leaves more reservations than production in the 2022 model year. 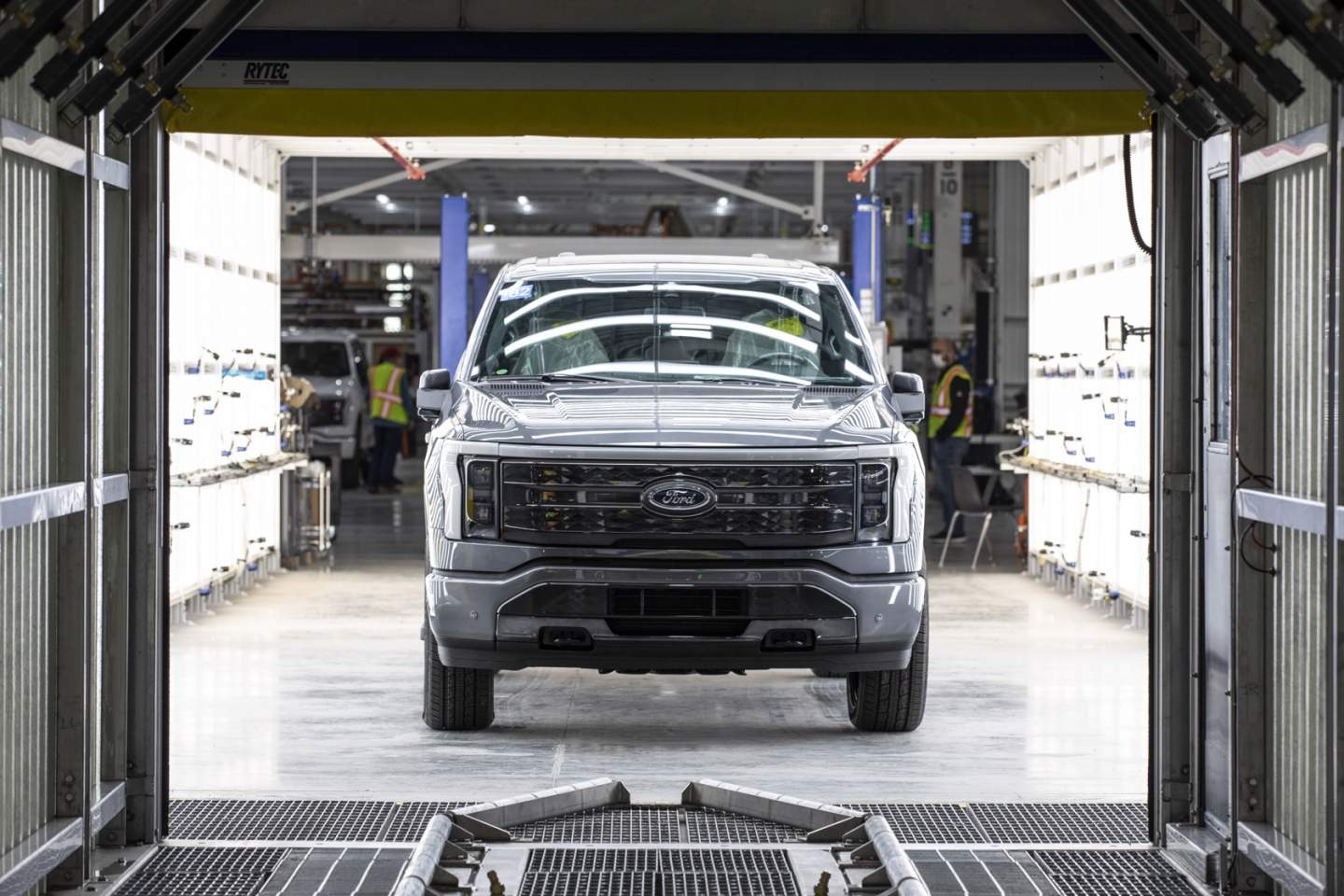 “Those who don’t receive invitations to convert for the 2022 model year will have an opportunity to order a future model year vehicle in due course,” Ford says.

Pricing for the 2022 F-150 Lightning will start at $39,974, before destination fees and any applicable federal tax incentives for EVs. Ford will offer configurations capable of up to an estimated 300 miles, as well as features like a sizable front trunk compartment and the ability to power a worksite or home from the onboard battery in the case of an outage. It’s functionality that has clearly struck a chord with potential EV buyers, with Ford claiming that over three-quarters of reservation holders are new to its brand. 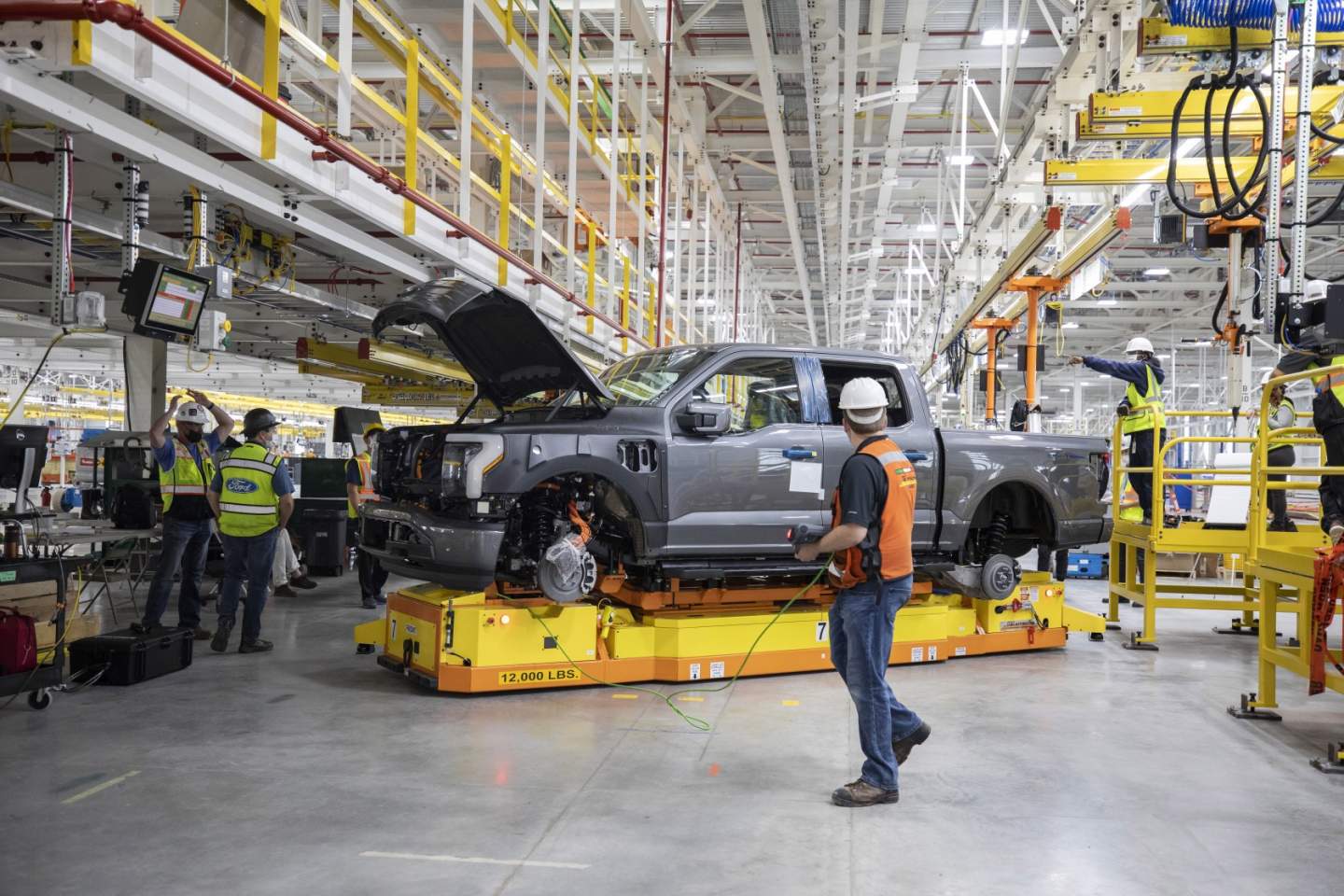 The big question, then, is just how many of those reservation holders do decide to go ahead. That may, in part, be based on the moves of the electric pickup segment in general, which is slowly seeing an influx in options for people looking to ditch gas and diesel engines in their trucks. Rivian’s R1T beat the F-150 Lightning to market, though production levels are still a fraction of what Ford has in mind; the GMC HUMMER EV is another, much more expensive alternative, though again constrained in production.

Down the line, meanwhile, there’s the Tesla Cybertruck – its launch window still fairly nebulous – while GM expects to unveil the Chevrolet Silverado EV at CES 2022 later this week. That’s likely to be the F-150 Lightning’s most direct competition, though Chevy hasn’t said exactly when it expects the 400+ mile EV to arrive at dealerships.