Rarity is enticing, but hit the road in some parts of the US in your brand new supercar and it’s unexpectedly easy to feel like you’re just part of the crowd. In LA or New York it’s not strange to find an exotic on every corner, and if you thought your six-figure special was going to impress the car cognoscenti you’ll be sorely disappointed. For true exclusivity you need something nobody else is really buying, and for that you may need to look to Sweden.

Not just anyone in Sweden, but Volvo, and not just any Volvo, but the V90. Yes, I’m talking about wagons again, but while America may still resist – for the most part – their clear practicality advantage, nobody can argue with cold hard numbers. 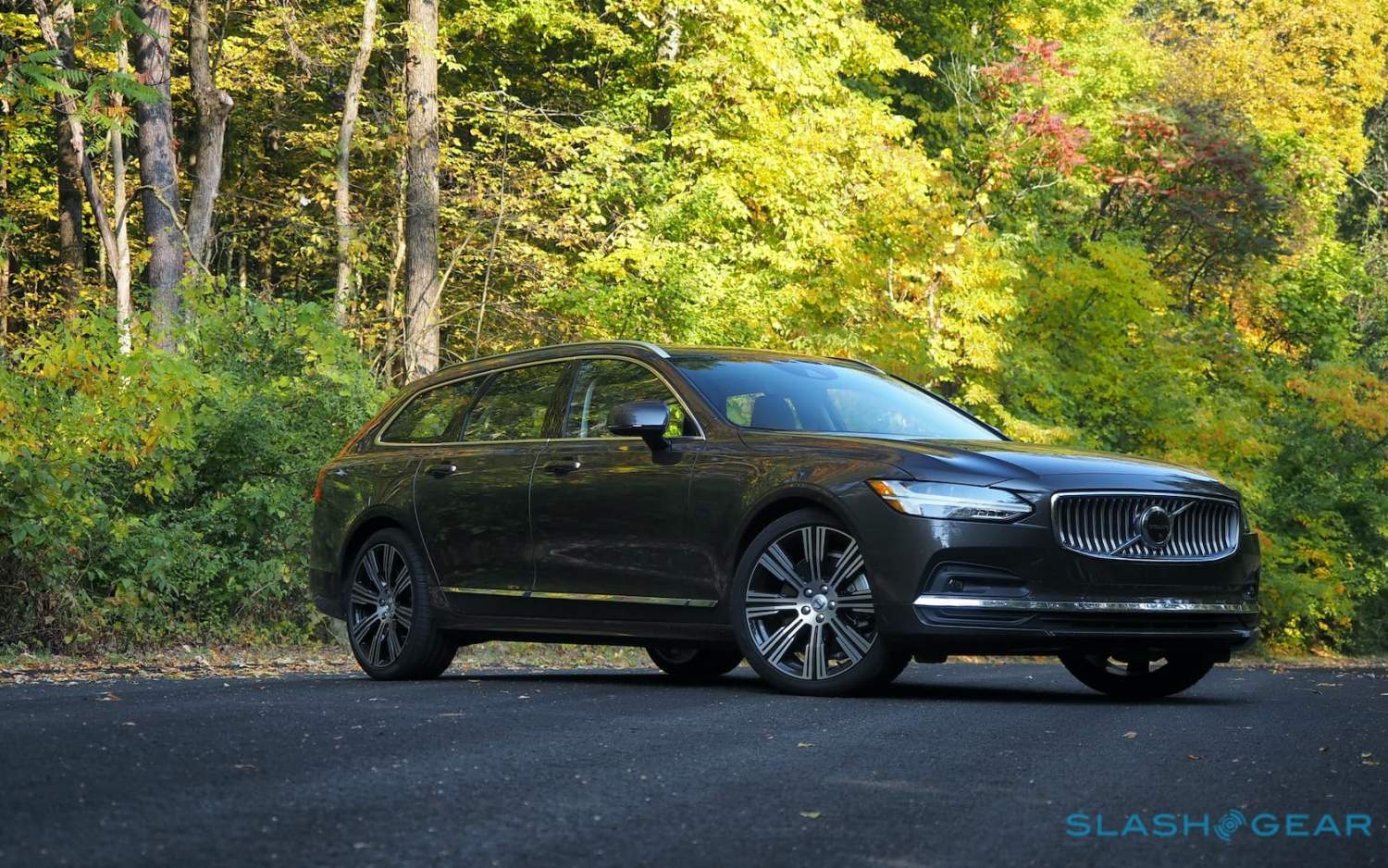 I’m sure it pains Volvo to be reminded of that fact, but their struggles here are our clout-chasing opportunity. 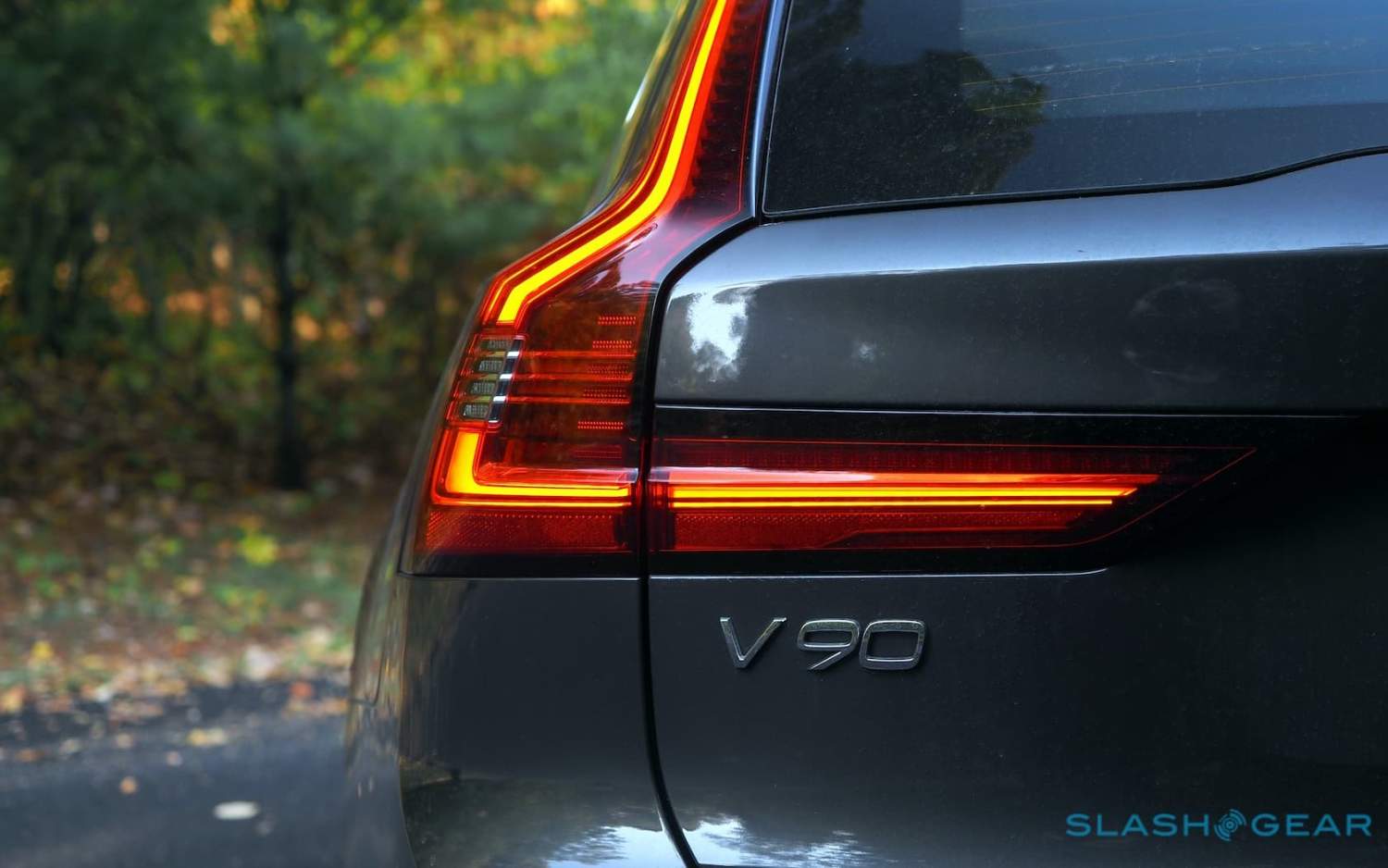 In some ways, the V90 feels like old-school Volvo. There’s no electric model, unlike the automaker’s current focus on its growing “Recharge” range, and you can’t even get it in T8 plug-in hybrid form. Instead there’s just the $51,800 (plus destination) T5 with a turbocharged 2.0-liter gas engine and front-wheel drive, or the $57,800 (plus destination) 2020 V90 T6 Inscription that I tested, which adds on a supercharger and all-wheel drive.

The result is a solid – though not skin-stretching – 316 horsepower and 295 lb-ft of torque. Paired with a smooth though not exactly drag-race-inclined 8-speed automatic transmission, 0-60 mph comes in 6.1 seconds. Top speed is limited to 112 mph, as part of Volvo’s focus on cutting high-speed accidents. 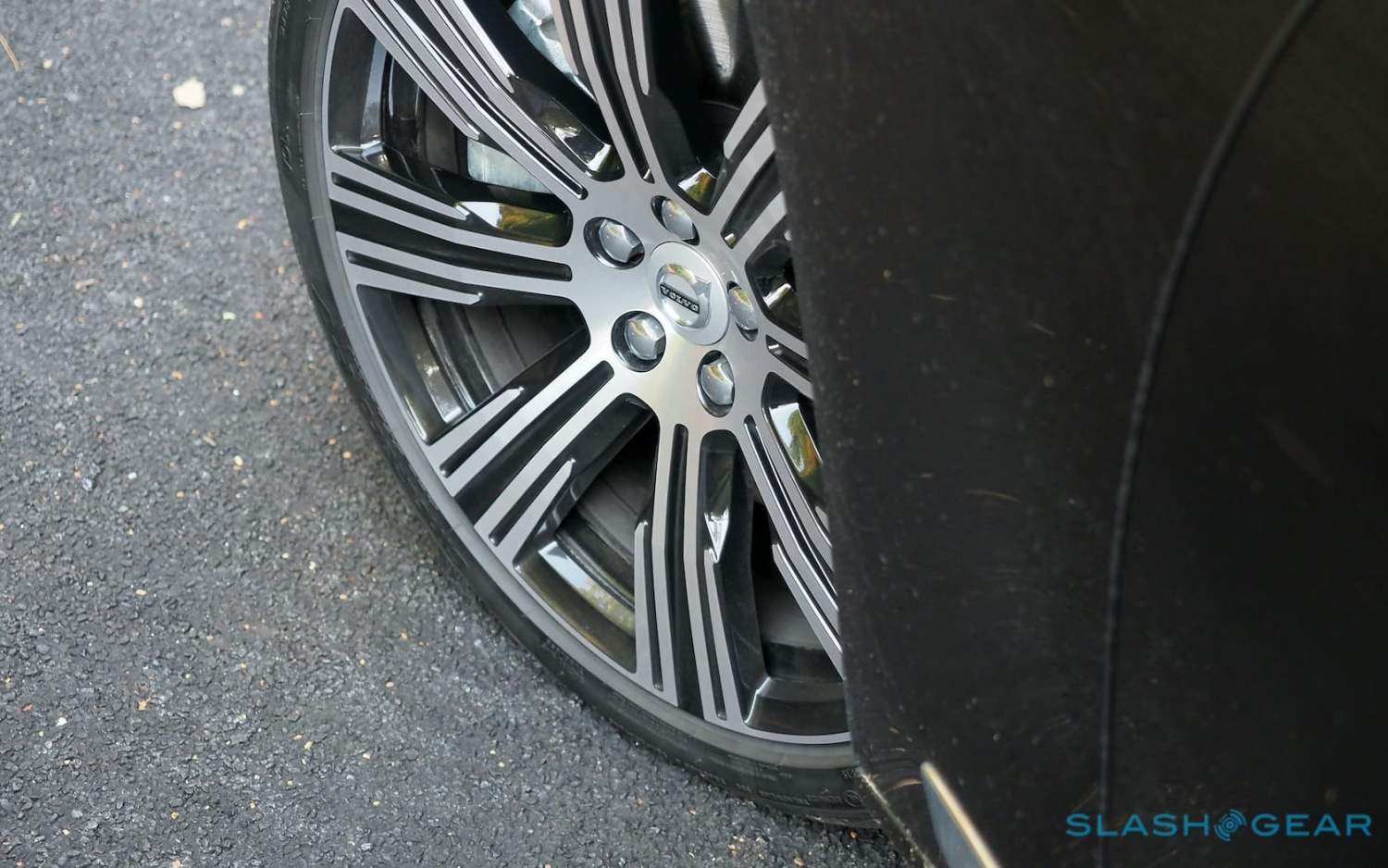 I can’t say I mind. For a start, part of the charm of a handsome car is being seen in it, and the cruising V90 does manage to turn a few heads (though fewer, I’ll concede, than a Ferrari or McLaren, sure). I also prefer the mechanical AWD to the electrified version in Volvo’s T8 cars. Having driven the two drivetrains back-to-back in some seriously slippery conditions, I found the power transition between front and rear wheels is a little smoother and more predictable in the all-mechanical version. 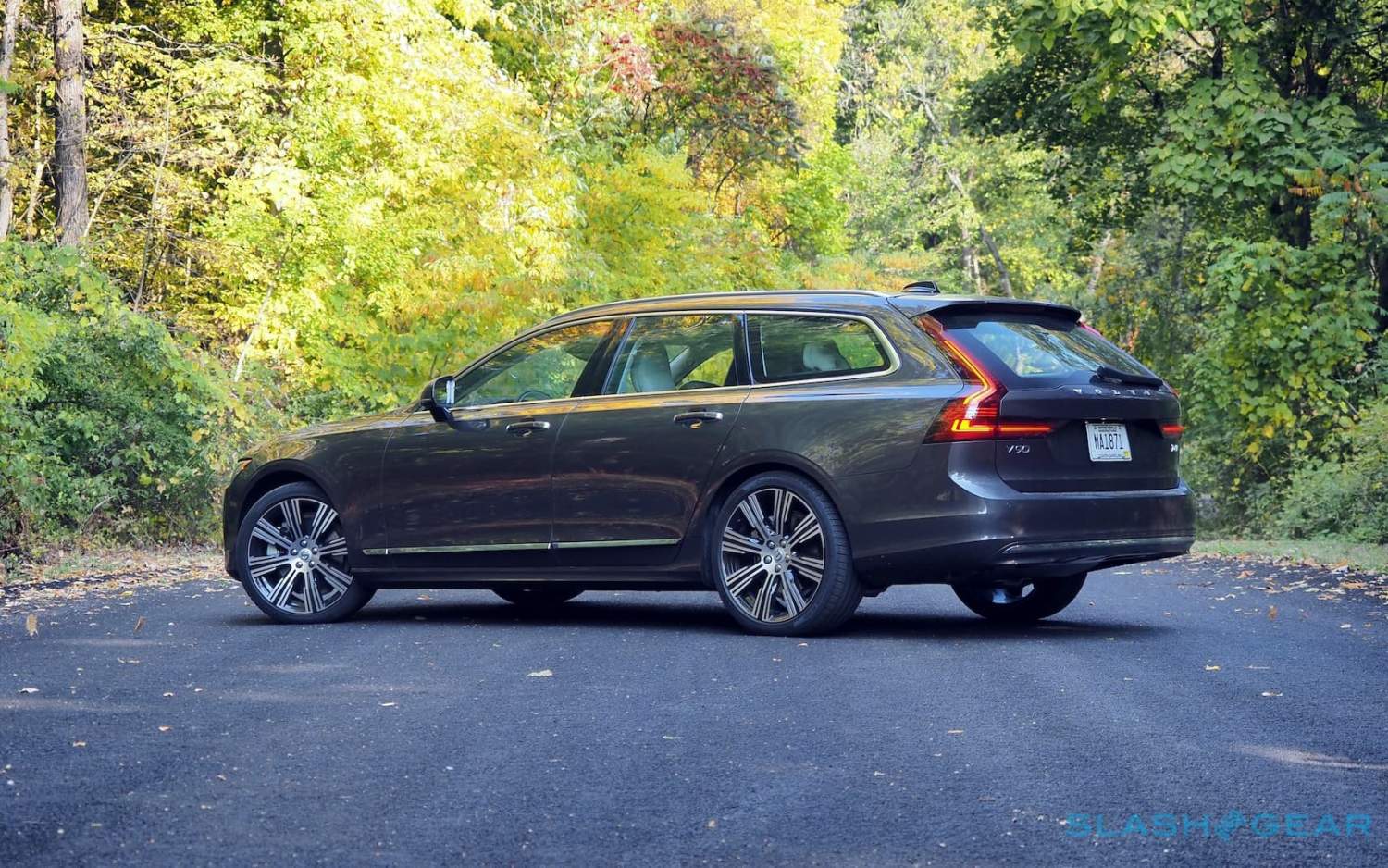 That’s a preference rather than a criticism, and indeed it’s hard to find too much to complain about the V90. Volvo’s cabin design may be a familiar quantity by now, and the 9-inch Sensus infotainment touchscreen no longer feels the huge expanse of display it once did by the standards of current vehicles, but the way the Swedes combine technology with authentic materials like wood, leather, and metal still feels considered and special. It’s luxury, but it’s not quite the same flavor as everyone else – the German three in particular – is using, and that lends character. 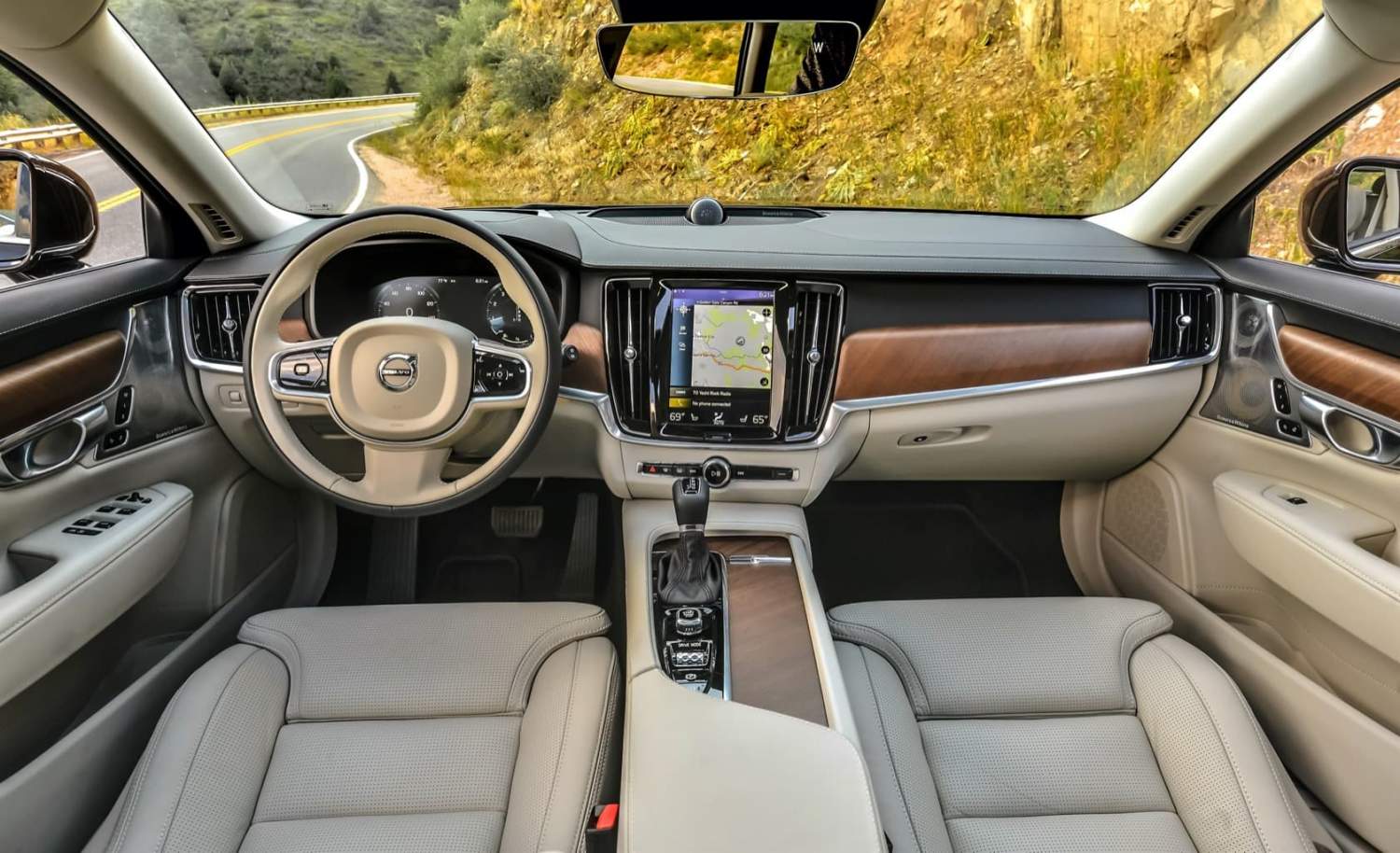 Volvo, of course, isn’t naive to the shopping whims of American car drivers. There’s a chicken-and-egg situation here, perhaps: because sales expectations for the V90 are so low, it’s a special-order model rather than something dealerships will keep in stock. Thanks to that, though, it’s tough to imagine any more serendipitous sales happening, where wagon converts are made as soon as they set eyes on its seductive flanks. 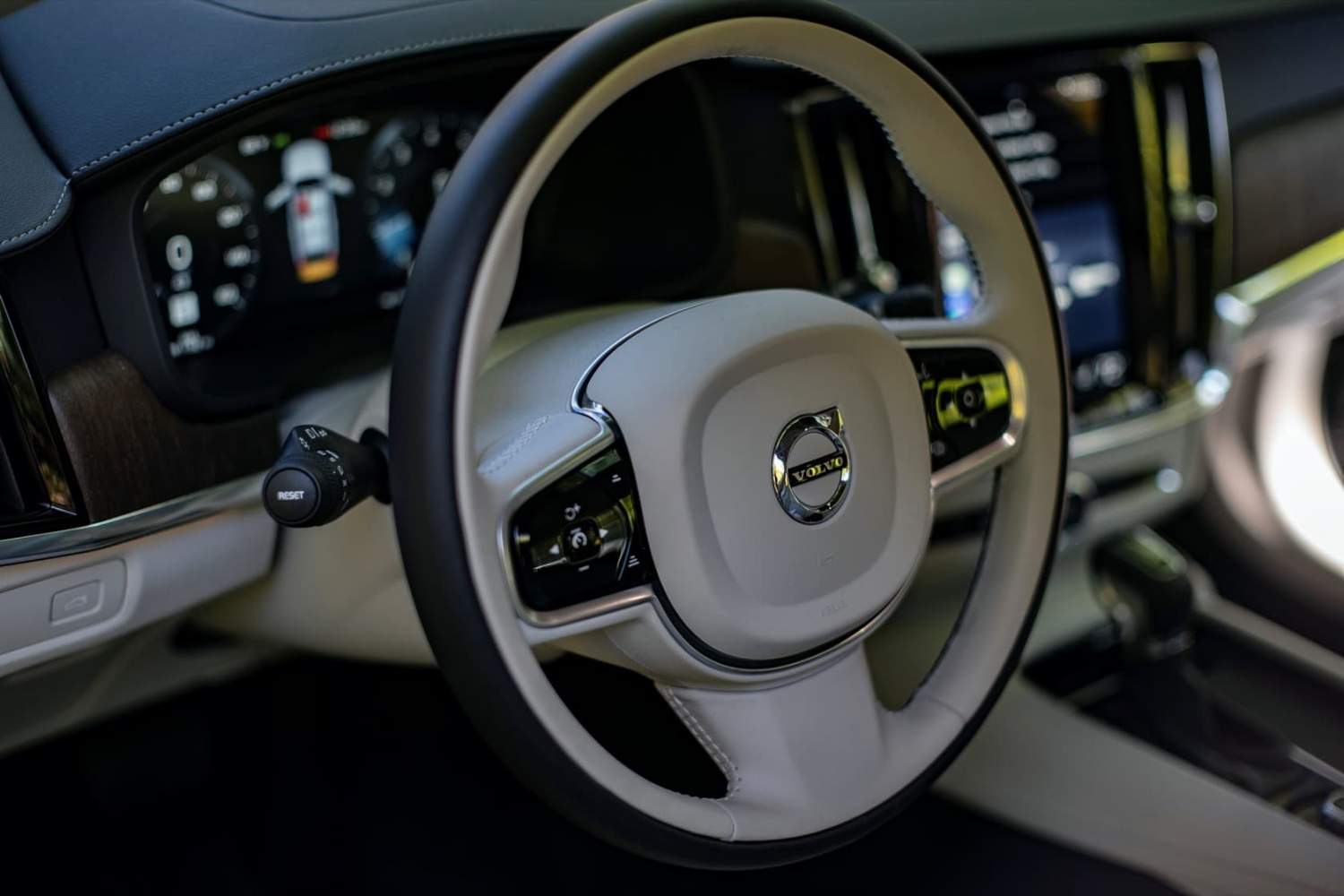 Reaping the rewards there, instead, is Volvo’s sop to crossover trends, the V90 Cross Country. The cynic might describe it a regular V90 jacked up 2.3 inches, given some beefier exterior cladding, and branded to appeal to the tastes of those swayed by SUVs. The reality isn’t far off that, though it’s hardly been a bad strategy. 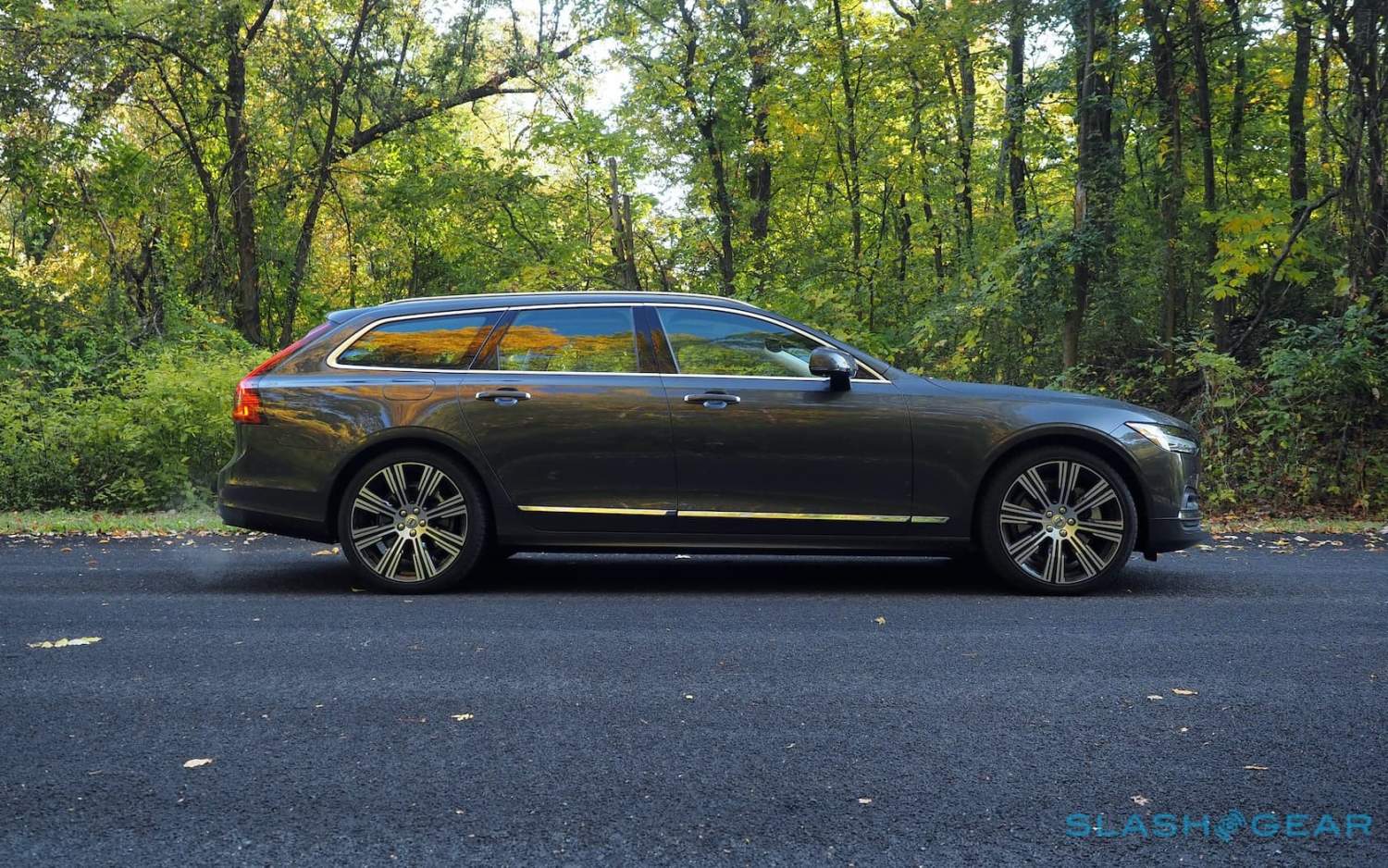 Sales of the burlier wagon were exponentially higher, though given we’re talking double-digits here to begin with that doesn’t exactly equate to blockbuster demand. Volvo sold 1,019 of the V90 Cross Country in 2020, more than three times as many as the standard V90. Each starts more than $3k the sticker price too, so I can’t imagine Volvo is too disgruntled at how the split has settled.

All the same, sales of both are massively overshadowed by the automaker’s actual SUVs, of which almost 90k were sold across the three model lines – XC40, XC60, and XC90 – last year. 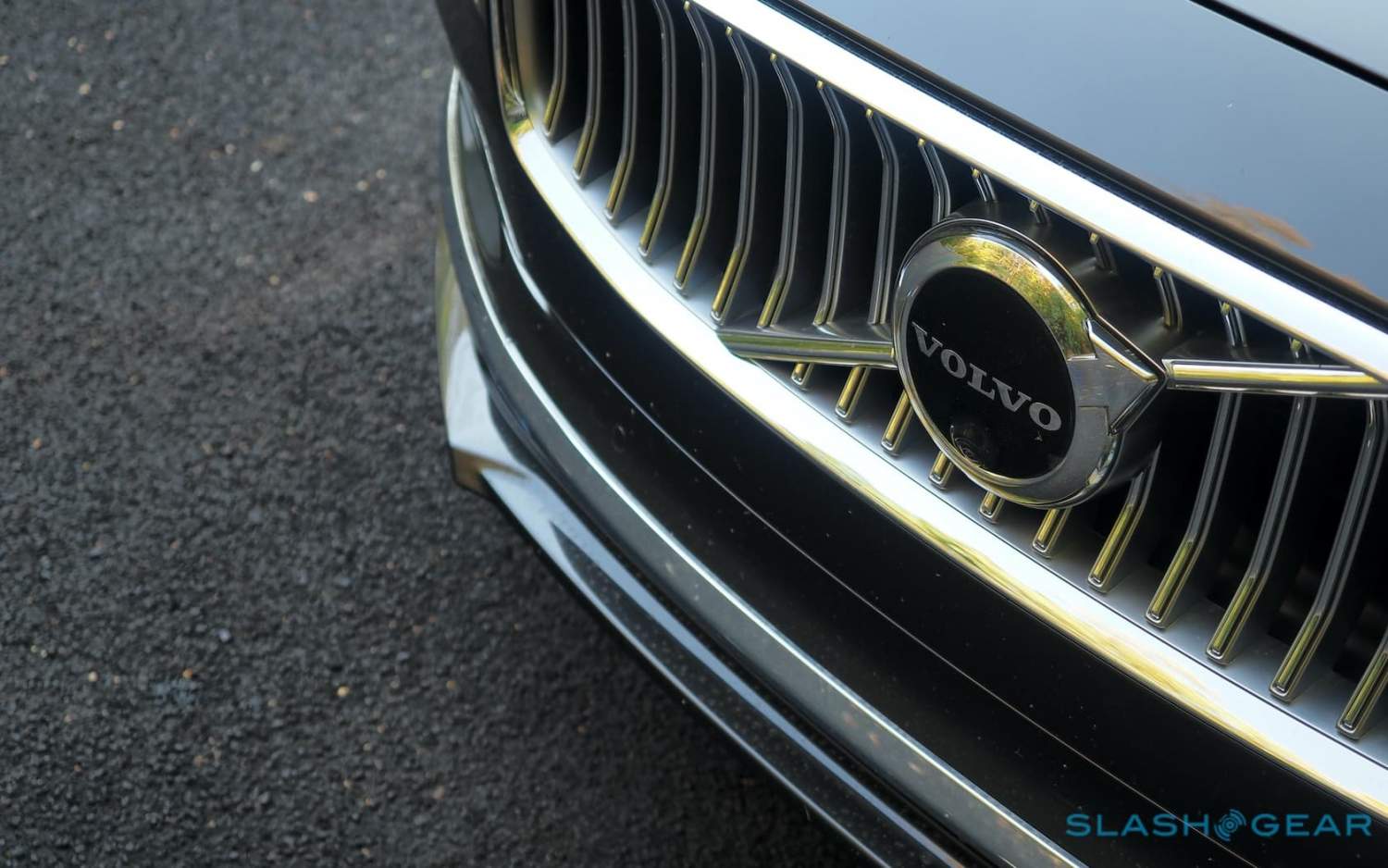 I’m not really expecting would-be supercar buyers to suddenly take a detour at the last moment and pull in at their nearest Volvo dealer. Nor am I expecting those shopping for a crossover to see sense and, at least, add a wagon to their shortlist. As we’ve seen with America’s wholehearted embrace of SUVs and trucks, there’s a vast – and seemingly insurmountable – distance between what’s sensible and what’s appealing. 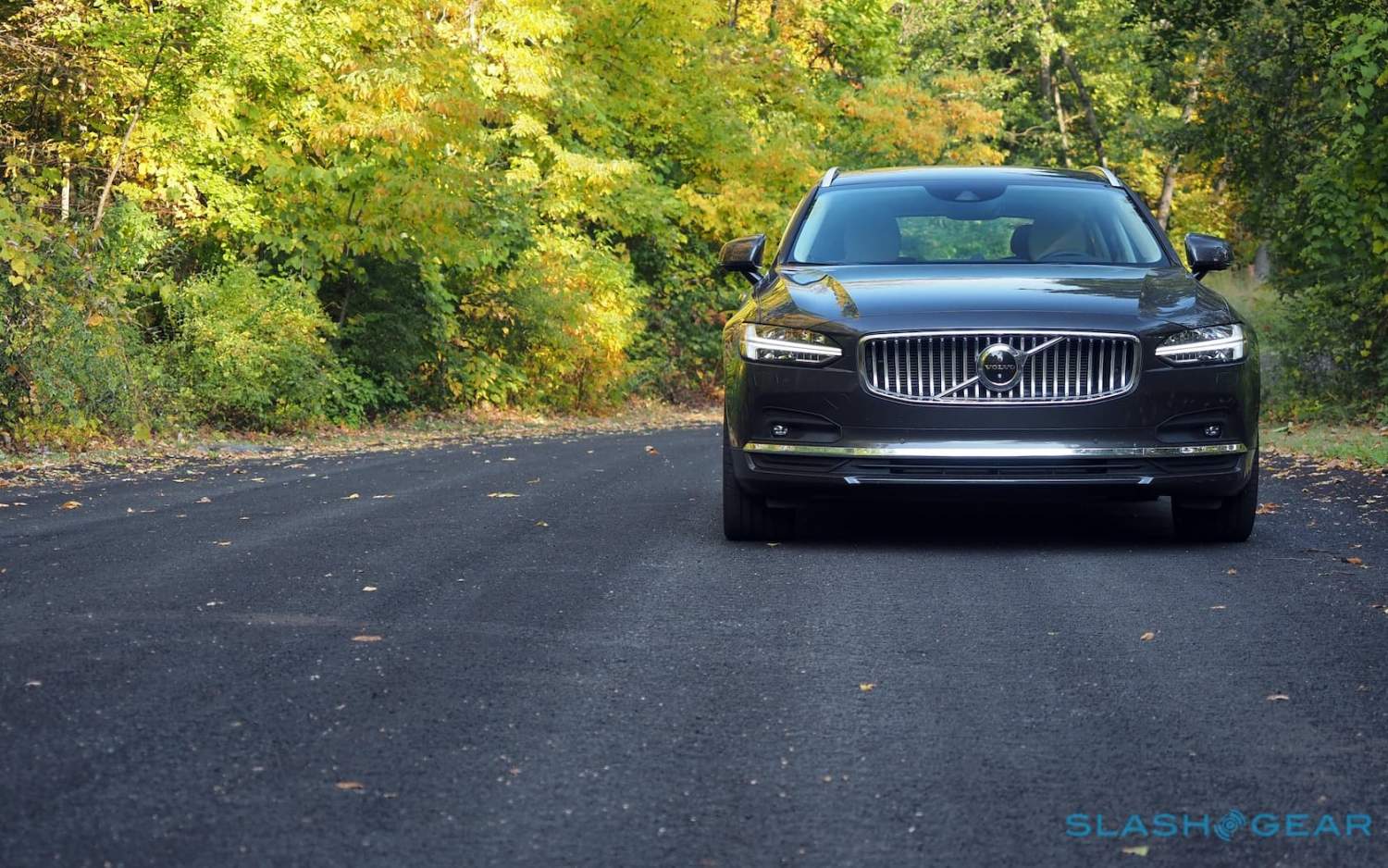 What I’m more worried about is that Volvo may decide the payoff here is, well, just not worth the headache. The V90 is already a special order rarity: you couldn’t blame the automaker for taking a rationalist view, and deciding not to bring the next-generation wagon to the US at all. 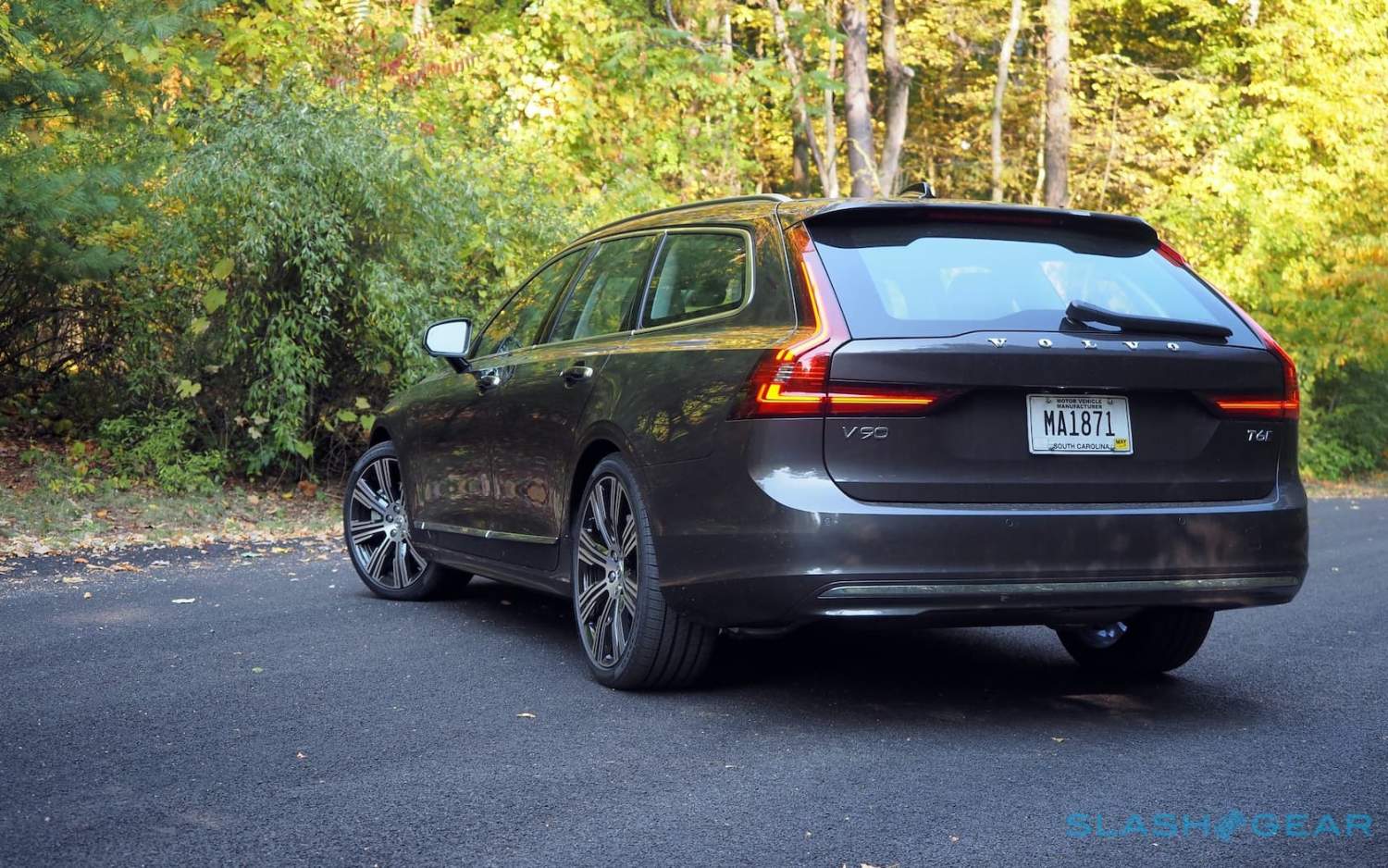 Maybe more likely is that they’ll hedge their bets. Stick with the V60, perhaps – smaller and more affordable than the V90, and a stronger seller too – to keep the Volvo purists happy, while still conceding the whims of the market. Our opportunity for exclusivity, then, may be on borrowed time, but until that sad decision comes this handsome wagon remains a secret Swedish status symbol.

[Updated to correct the annual sales figures, we regret the mistake]