Destiny has BUNGIE teaming with NVIDIA GameWorks for OptiX technology

This week we’ve heard quite a bit about NVIDIA’s aim to bring details on their GameWorks development and optimization program to the public, amongst these such high-powered features as OptiX. What Optix represents is an SDK (a software development kit) for the creators of next generation’s games – games like Destiny from the developers at BUNGIE. Spilling well into tomorrow’s platforms with graphics optimizations today, BUNGIE is taking advantage of the likes of Interactive Ray Tracing, Ambient Occlusion, Procedural Surfaces, and Light Baking.

In one of a long line of presentations at a set of gaming events held by NVIDIA up in Montreal this week, Optix SDK took center stage. Straight out of GameWorks, developers are given the opportunity to work with elements like collision detection, line-of-sight, and acoustics. The realism developers are able to work with is also able to dovetail with the likes of OpenGL and/or Direct3D. 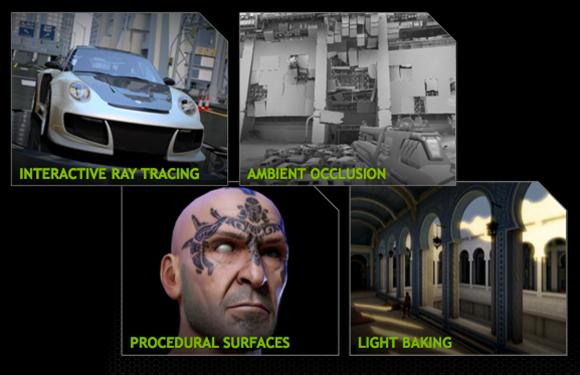 Working with the OptiX SDK has allowed light baking to appear in game authoring pilelines straight off the bat. Developers are also making use of OptiX technology to display realistic renderings galore – using these renderings for configurators, replays, and rewards models. 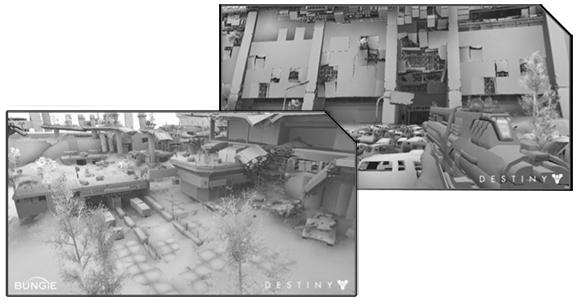 As for BUNGIE specifically, NVIDIA’s OptiX SDK has become part of the game authoring pipeline – right in the mix. NVIDIA-optimized development with BUNGIE is being powered by a heavy-duty NVIDIA GPU farm, and features not available anywhere else are being used by BUNGIE to create an environment for this first-person shooter that’ll blow gamers away in real-time while developers work here, well in advance, baking out results for use at runtime.

This system works with BUNGIE to handle static and dynamic geometry while it accomplishes such feats as computing per-vertex AO on a 1.5M vertex scene in 78 seconds. For those of you reading this article with no idea what that could possibly mean – take my word for it – it’s really quite a beastly accomplishment. BUNGIE also uses OptiX to calculate Ambient Obscurance by tracing billions of rays through entire gaming levels. 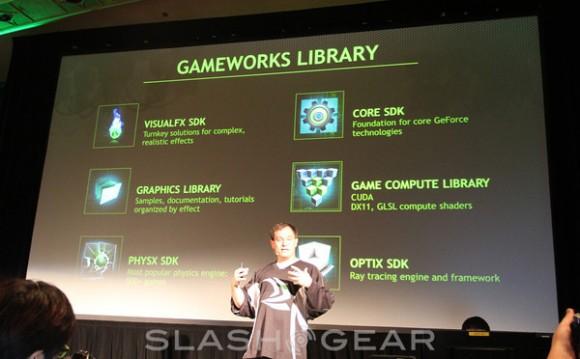 Be sure to have a peek at a collection of feature pieces presented this week: some extended gameplay action with Batman: Arkham Origins was shown off this week by WB Games, complete with dynamic snow! Ubisoft also appeared at this NVIDIA event showing some rather under-cover Watch Dogs gameplay (for your eyes-off enjoyment) as well as Assassin’s Creed 4: Black Flag in full 4K resolution – too sharp! 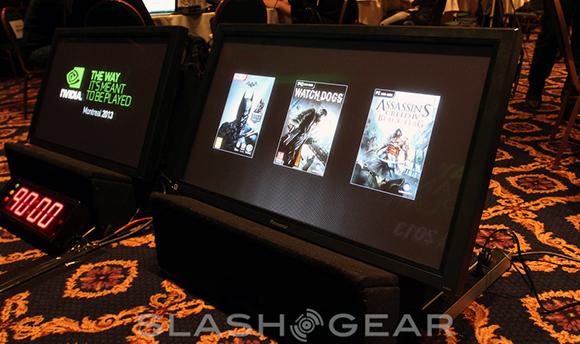 Then don’t forget to continue to follow along with the NVIDIA Montreal event this week through our own main NVIDIA tag portal – stick around!