Speaking on stage first this week at NVIDIA’s Montreal gaming event series was Tony Tamasi – SVP of Content and Technology, letting it be known that this week’s content would work with Game Platforms, Game Works, and Game Technology. He went so far as to suggest that three new technologies (at least) would be revealed this week, making the case first and foremost on the importance of PC gaming. Using a variety of sources – Riot Games, Sports Business Journal, Wedbush Securities, and Nielsen, a few numbers were spilled – perhaps the most boggling being the idea that the number of PC gamers in the world is currently double that of the entire population of the United States.

It’s also been revealed that the NVIDIA team would be bringing the attendees of the conference here to Ubisoft. This event will be covered in full right here on SlashGear – be sure to have a peek at it later today, of course. It’ll likely be just one of a collection of gaming developer-specific presentations this week. 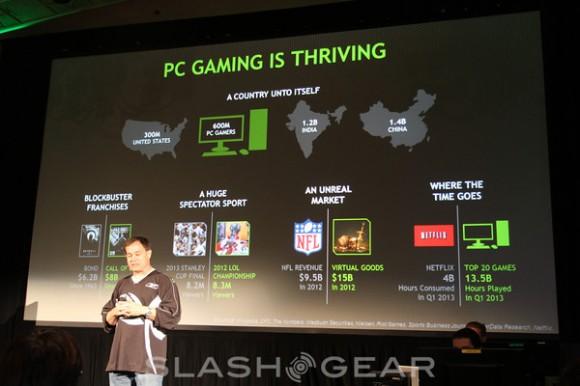 NVIDIA also re-solidified their bond with the gaming developer universe in general. Tamasi made particularly clear NVIDIA’s dedication to the gaming universe, showing a grid of titles and brands they’d worked with and continue to work with in an effort to get as down-and-dirty as they can with the specifics. There should be no doubt that this week will be wholly gaming-focused. 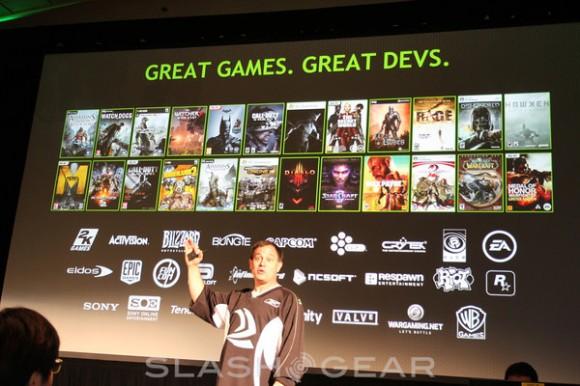 The event series we’re reporting on here, by the way, is an Editor’s Week that’s taken place several times in the past few years, but in much more of a small-time case. In the past it’s been an NDA situation – now it’s being presented in much more of a live situation. Here we’re set to find out about NVIDIA GameWorks, developer relations galore, and a set of new technologies which will all be appearing in SlashGear’s NVIDIA tag portal throughout the rest of the week.