Rdio’s integration works both through its iOS and Android apps, and in the browser-based interface. Multiple devices can then control the playback queue, with album art shown on the TV screen the Chromecast is hooked up to. 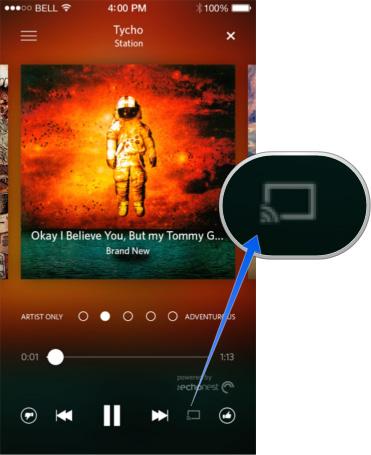 As for Crackle, that’s already available on platforms like Apple TV and Roku’s streamers, and offers subscription-free content. The shows and movies actually available can be pretty changeable, however, with some expiring quickly from the catalog.

Google released its Google Cast SDK for developers in February, having previously only allowed a select handful of partners to access the Chromecast. Since then, we’ve seen a variety of sources get onboard, including internet content and local streaming.

For instance, Photowall for Chromecast turns the dongle into a shared photo album, while Synology has enabled Chromecast access for media stored on its NAS boxes.