Check out Apple’s new emoji in the iOS 10.2 beta

If you’ve been frustrated over the past few months by the absence of a Harambe emoji, or being forced to shrug in backslashes and brackets, then the iOS 10.2 beta is for you. Apple’s freshly released update for iPhones and iPads may be targeted at developers and those on the cutting-edge of the update cycle, but there are new emoji with mass-market appeal in there too. That includes a fresh batch of pictures, updated art for existing icons, and a welcome balancing of gender roles.

The change is predominantly because Apple is now supporting the 72 new Unicode 9 emoji announced earlier this year. That may not sound like a lot, but it actually involves something of a herculean effort: the members of the Unicode Consortium, which is the group which controls the standardized set of emoji, need to agree on what should be included and what shouldn’t. That isn’t always an easy process.

For instance, Apple vetoed two emoji which would include gun graphics. Earlier this year, Apple decided to change its existing gun emoji to look like a water pistol rather than a more realistic weapon. Ironically, at roughly the same time Microsoft changed its own representation, so that it was less like a sci-fi laser blaster and more like a revolver. 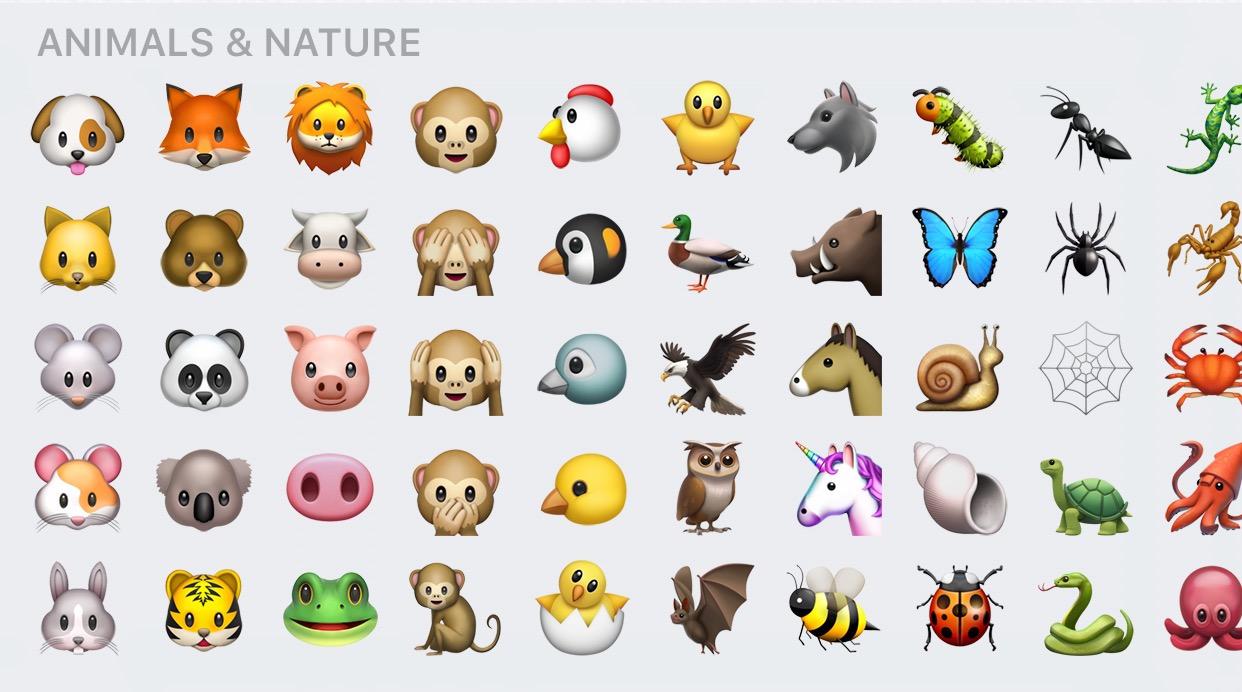 In iOS 10.2, there are a number of eagerly-anticipated new emoji. The shrug, for instance, might mean less use of the shruggie “¯\_(ツ)_/¯” which some had set up an autocorrect for on their iPhone so as not to have to remember the right combination of characters each time. There’s also a new fingers-crossed emoji.

As for animals, there’s now a fox face, as well as a long list of other animals. If you’ve ever wanted to include a gorilla, butterfly, deer, rhinoceros, bat, eagle, duck, owl, lizard, shark, shrimp, or squid in your iMessage conversation, you’ll want to get on iOS 10.2 asap. Your conversations about famed gorilla Harambe will never be the same. 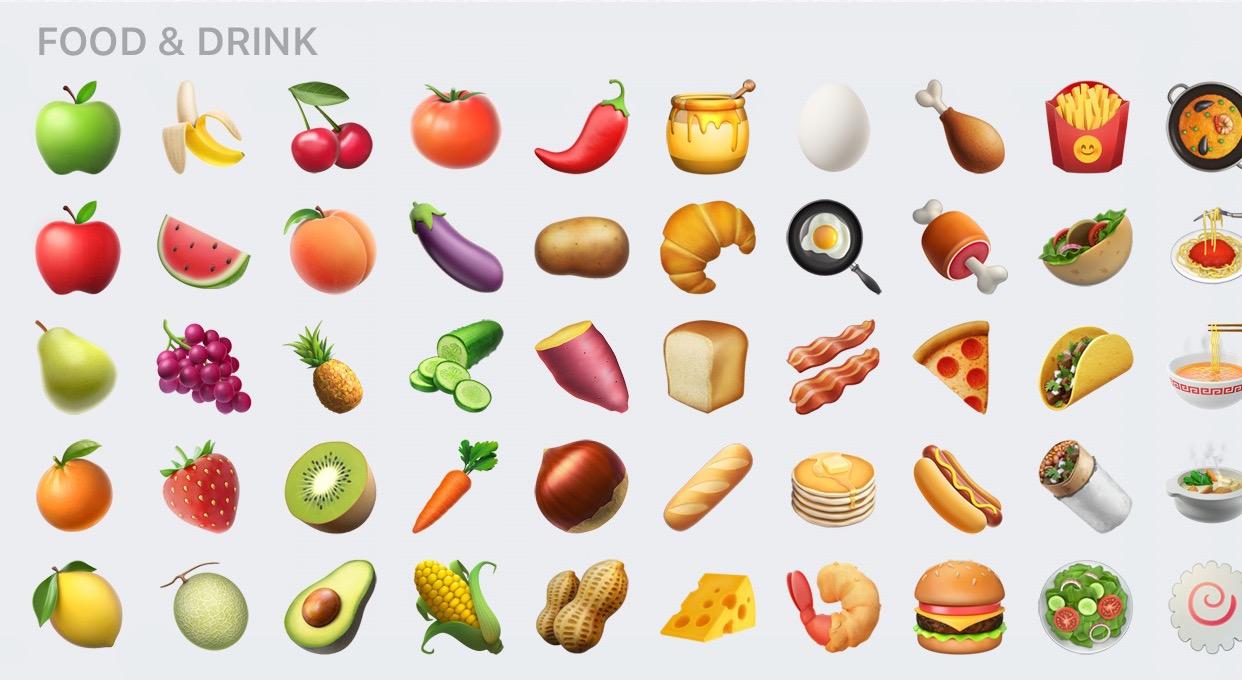 If food is a more frequent topic, there are new emojis there, too. On the healthy side, there are kiwifruit, avocado, potato, carrot, cucumber, a glass of milk, and a green salad. Arguably more enjoyable are the peanuts, croissant, baguette, pancakes, bacon, egg, stuffed flatbread, and the somewhat generic “shallow pan of food”. There’s also a set of clinking glasses, a tumbler, and a spoon with which to consume them.

Some of the other changes involve equal gender options for existing emoji. The new prince picture, for instance, is the counterpart for the existing princess; there’s a Mother Christmas to go with her male equivalent. The current bride emoji now gets a tuxedo-clad guy counterpart, and there’s a dancing man to parry the dancing woman. 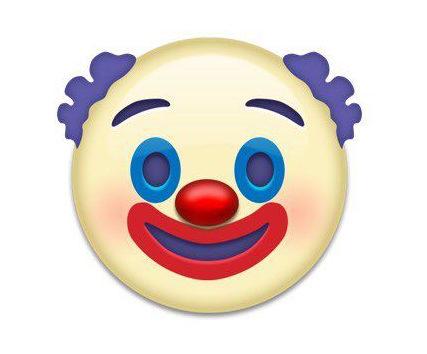 Elsewhere, it’s hard to believe some of these new emoji haven’t been included before. We’ve been talking about selfies for so long, for instance, it’s strange that only now has a selfie emoji been added; the same is true for “rolling on the floor laughing” or ROFL. The “call me” hand gesture is also new this time around, though probably won’t get as much use as in the days before messaging took over from voice calls.

Even if the emoji type isn’t new, Apple has also finished what it started earlier this year and updated all of its graphics in iOS 10.2.

Of course, it’s worth remembering that what people see when you send an emoji depends on what device they’re using and what software they’re running. Use a new Unicode 9.0 emoji in an iMessage chat with someone not on the iOS 10.2 beta, for instance, and they’ll see a generic error box rather than the picture. Potentially more confusing, since the graphic style is up to the manufacturer of the device or the creator of the software, an Android version will look different to what an iOS user sees.

You can install the iOS 10.2 beta 1 today if you’re a developer, though the rest of us will have to wait until Apple’s public release in the coming weeks. The update also includes emergency contact settings and the ability to “remember” the last camera settings when the app is re-opened, rather than resetting to the default. 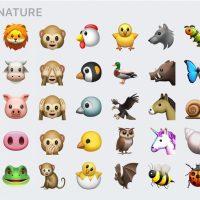 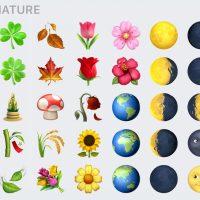 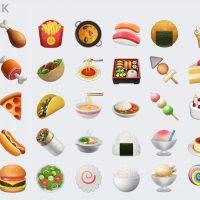 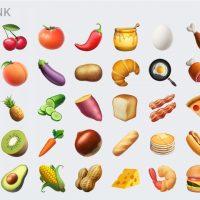 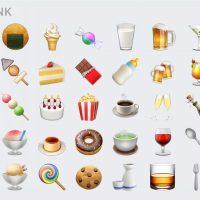 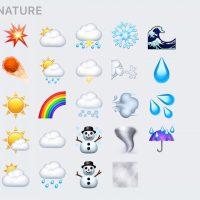 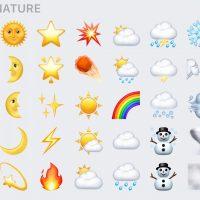 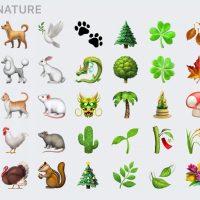 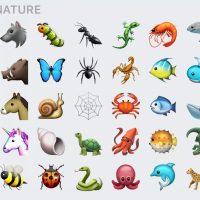 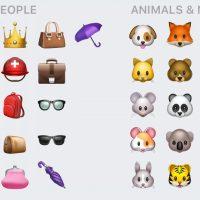 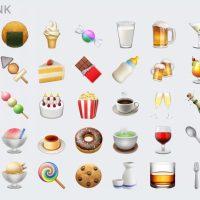 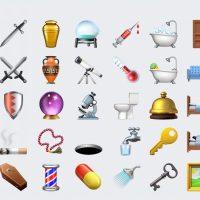