Unless you’ve been living under a rock, you probably know Bugatti broke the mythical 300 mph – or 304.77 mph, to be exact – speed barrier in a prototype Chiron. Now that car, presented by Bugatti CEO Stephan Winkelmann at the automaker’s 110th-anniversary celebration in Molshein, is called the Chiron Super Sport 300+. It reached a top speed of 304.7 mph around Volkswagen’s Ehra-Lessien proving ground, and Bugatti is only making 30 examples for a starting price of roughly $3.9 million each. 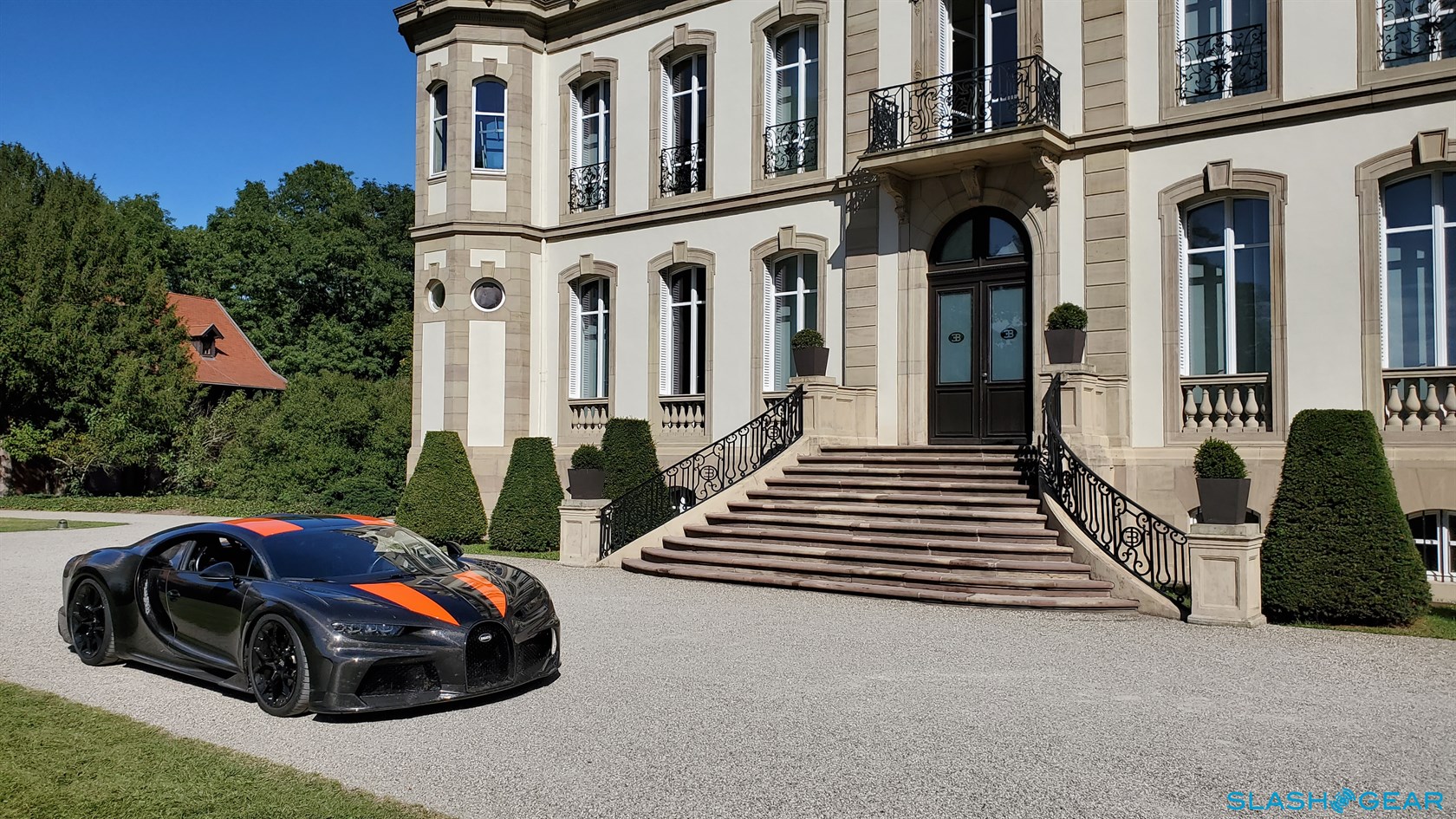 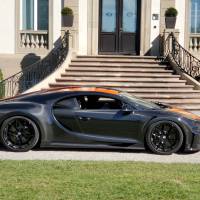 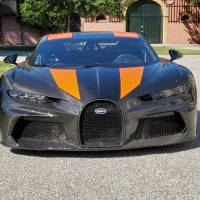 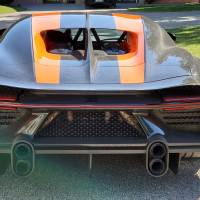 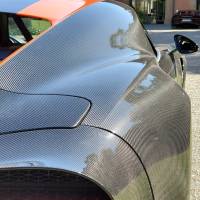 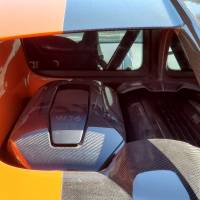 First joining VW Group in 2005 as President and CEO of Lamborghini, Stephan Winkelmann spent more than a decade with the automaker before taking the reins at Audi Sport. Come 2018, he was appointed President of Bugatti Automobiles S.A.S, and wasted no time before starting on a new, even fiercer version of the automaker’s flagship. Seven months later, the hardcore track version of the Chiron – the Divo – was born.

In Frankfurt, I sat down with Winkelmann, the man responsible for Lamborghini’s resurgence and continuous dominance in the hypercar industry, to discover what comes next when you’re riding the high of a speed record. Some of the questions have been edited for brevity and clarity. 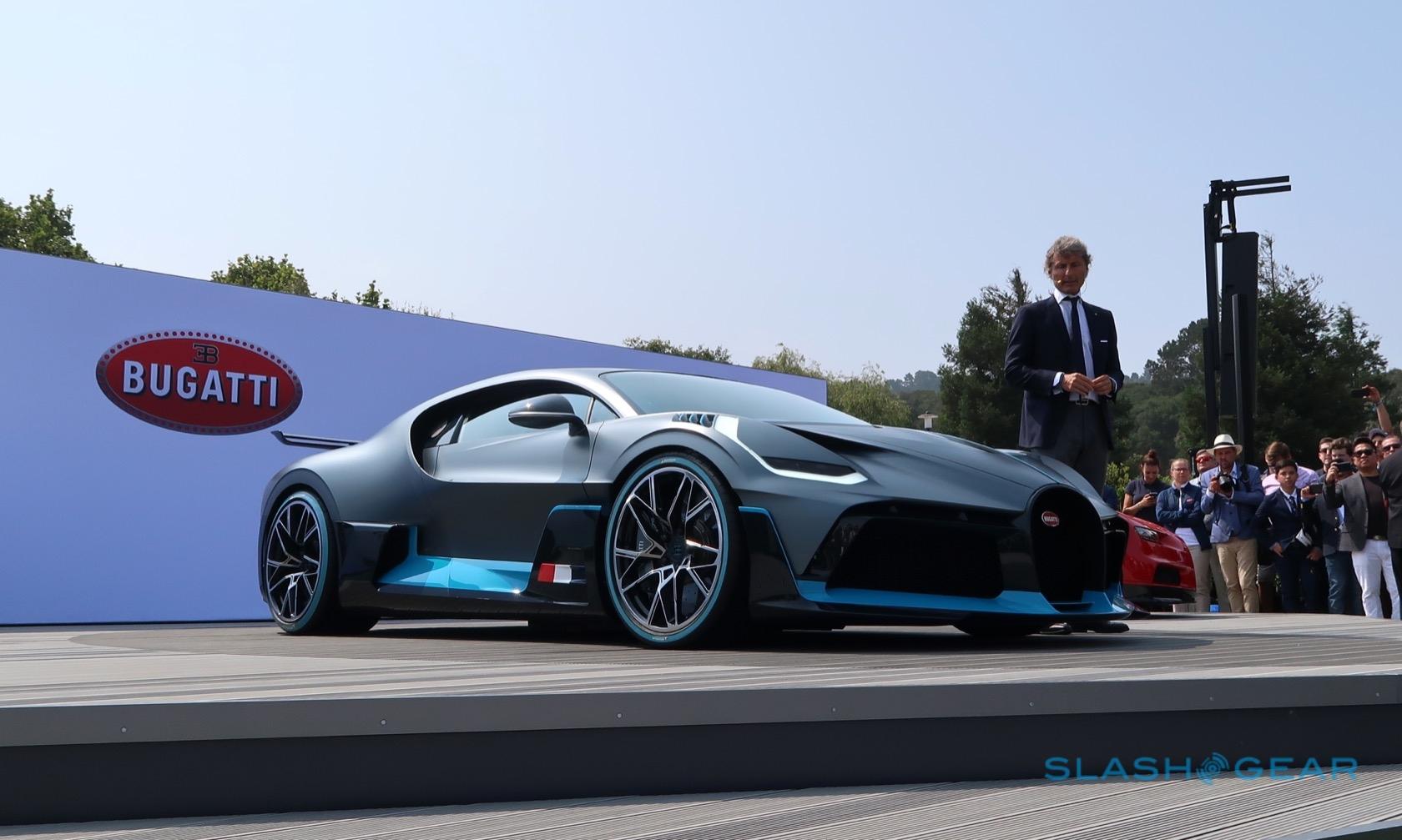 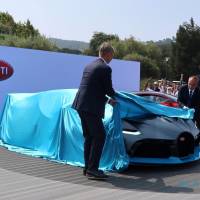 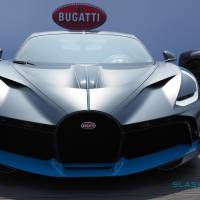 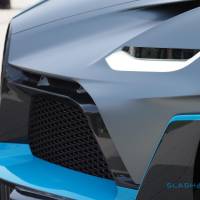 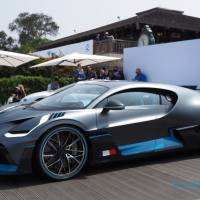 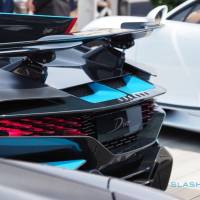 The Interview – Breaking the ice

Vince Nguyen (VN): I think of your accomplishments over the years, especially with your time at Lamborghini and tying it into Bugatti now. Do you feel like you have a clean slate with Bugatti in terms of possibly –

VN: Right, do even more. Because I watched your video about the Chiron 300+, and there was a pause like, that’s it! We’re done! We’re done chasing speed records.

SW: There are two ways of looking at it. One, we have a lot on our plate and different things to do. And the other thing is there’s a limit to what the car can do on normal roads. Even if you have no speed limit, you will not find a straight long enough to achieve the speed as we did in Ehra-Lessien. We would have been even faster if we ran the car at higher altitudes! This is a great technological achievement, but we really have other ways of looking into performance. We’re lucky to be so high up in terms of performance, but you cannot have one car which is covering the entire performance spectrum, and this is one of the things we are working on, the idea of a second model. Looking into the history, looking into the size of the brand and the name of the Bugatti brand, there is space for more.

“Space for more” is an appealing – and intriguing – prospect when it comes to a high-end automaker like Bugatti, which counts rarity among its strengths arguably as much as performance and style. We’ve also seen such a strategy used by other luxury performance car-makers to expand beyond sports coupes and convertibles. Models like the Lamborghini Urus and Bentley Bentayga have given a new sales angle to companies not traditionally associated with SUVs. I was curious whether Winkelmann’s idea of an expanding Bugatti would follow such a route.

VN: To your point with a second model, I get a sense that your accomplishment with Lamborghini is being utilized by the Bugatti brand to break out into a bigger market.

SW: With Lamborghini, we had two super sports cars: the Aventador and Huracan. It was important to have something which is stabilizing the company without jeopardizing the other two cars and the image of the brand. So, we were investing all our thoughts on what could possibly come next for the Bugatti brand, and we don’t think that an SUV would be the right solution for us, and I repeated this several times. It’s not the SUV, and it’s definitely not the limousine.

We don’t see a four-door limousine like the Galibier because the segment is going down. I like SUVs, I have to admit, but it’s not for Bugatti. At this stage, I have different ideas. We can have a possible T-35 follow up, a very light and high-performing car, this could be one idea. And the other one is to have a daily-usable car. From that, we’re looking at a 2+2 configuration, with two doors, and sitting higher from the ground. I believe this is possible in a coupe body style. I think with this car, you’ll have the best of both worlds. You would have the comfort sitting up high and also having the opportunity to go over rougher roads with the design and power of a coupe. And in my opinion, this is something which nobody has done so far, and this is something we could work on.

It’s not decided. It’s one of the ideas, the idea, as I said, is a small and light super-fast car.

VN: Are you getting those requests from existing customers?

SW: Yes, they’re all looking into a second car. They want a car that is daily-usable, and this is something which in my opinion is the right one to focus on.

VN: Are those customers asking for electrification of some sort?

SW: Yes, exactly. This means in terms of infrastructure, battery technology like charging speed and range, all these things would be improved. 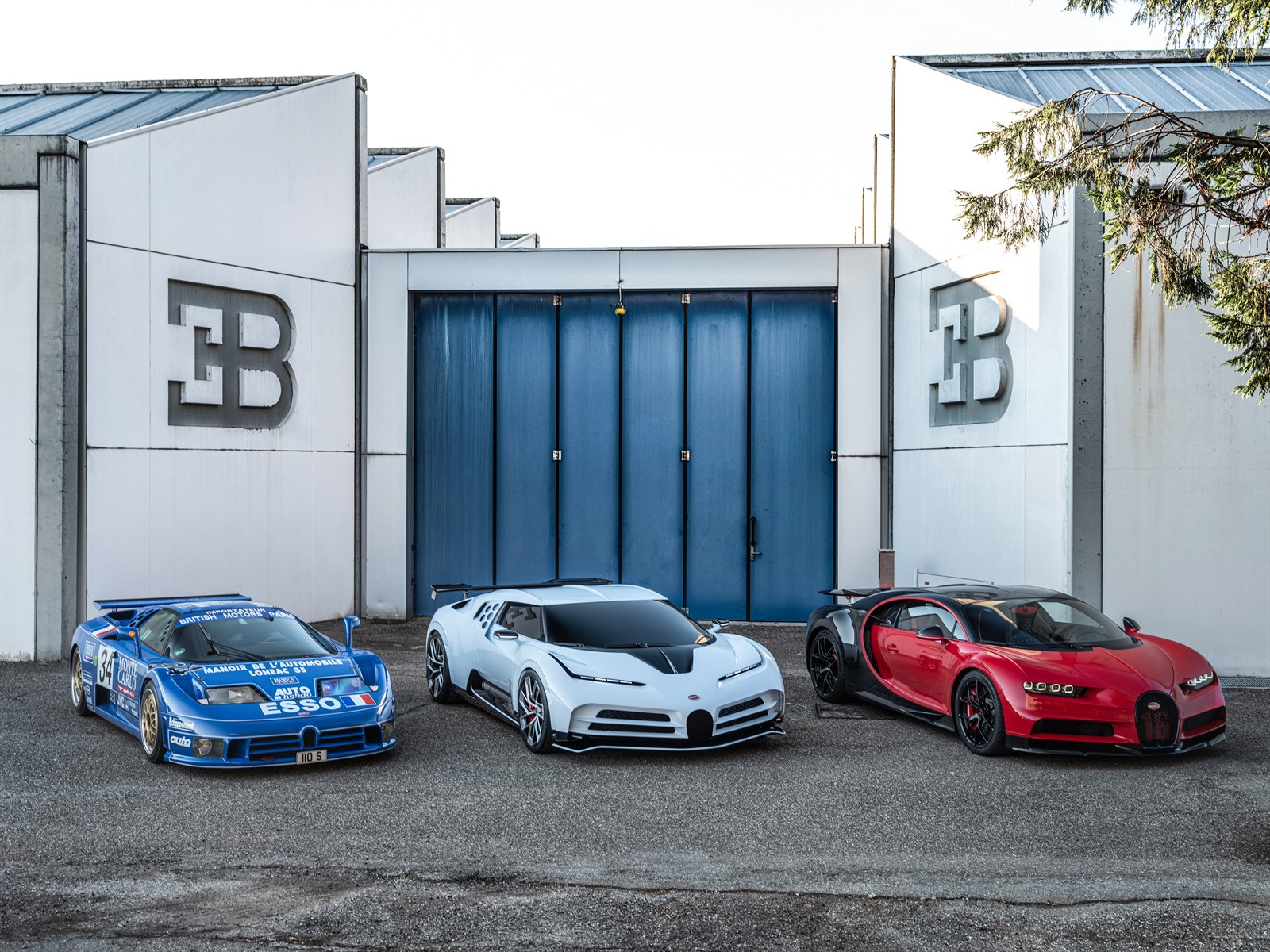 VN: Are you at all concerned about the sensory experience of electrified cars? Because when you fire up a Chiron or Veyron, you get that feeling of being connected to the car immediately, stimulating all five senses, and I believe Bugatti is the toughest brand to tackle that in terms of electrification.

SW: Yes, right. With the Chiron, it’s a different story. I see the internal combustion engine remains state-of-the-art for the years to come, and I don’t see there should be electrification [for a car like the Chiron] due to a lot of things. It’s a collector’s item, it’s a low-mileage car, and is produced in very low numbers. And the Chiron is a car which is giving all the emotions you mentioned when sitting inside the car. But for a daily usable car, it’s a bit different. And I think that if you gain performance if you gain a lot of speed, lateral acceleration, not only longitudinal one, and if you’re the best in the segment, and you have a design which rings well with our customers, it could be a winner.

I’m not saying this is the only way to go. I’m just saying I have to somehow see how to ferry-boat this brand into safe waters in the future. However, I am paid to decide the things which should bring the brand into a new altitude without jeopardizing the image. What I want today could be very different from what want in five years, and this is because we to be able to foresee how things change. I always say we don’t have to the first ones to step into something, but we have to be the best ones to do it, and this is something we should always think about.

Bugatti as a brand

VN: I feel like these last 12 months is the most successful in terms of the brand recognition Bugatti has ever gotten.

SW: I hope so! We see it in social media, but our group has not done proper luxury research in the last couple of years. And this is what we’re waiting for in terms of awareness, image, and how this is all working. Awareness for me is the first step to get into a better image or to have an image at all. And as you said, for me, it was important to test those guys – my people. And for me also to get up to speed to see if this was running accordingly to what we are imagining. And this was good because it was the first time we earned money, and this also proves to the team the project is feasible.

VN: And you’ve got to be proud of that, because the idea around Bugatti up until now was that Volkswagen is here, and here’s the money.

SW: I cannot rely on somebody who is paying my bills. I’m paid to think and not only dream about something. I have to bring the things down to Earth so we can walk the talk, this is the thing we have to do. 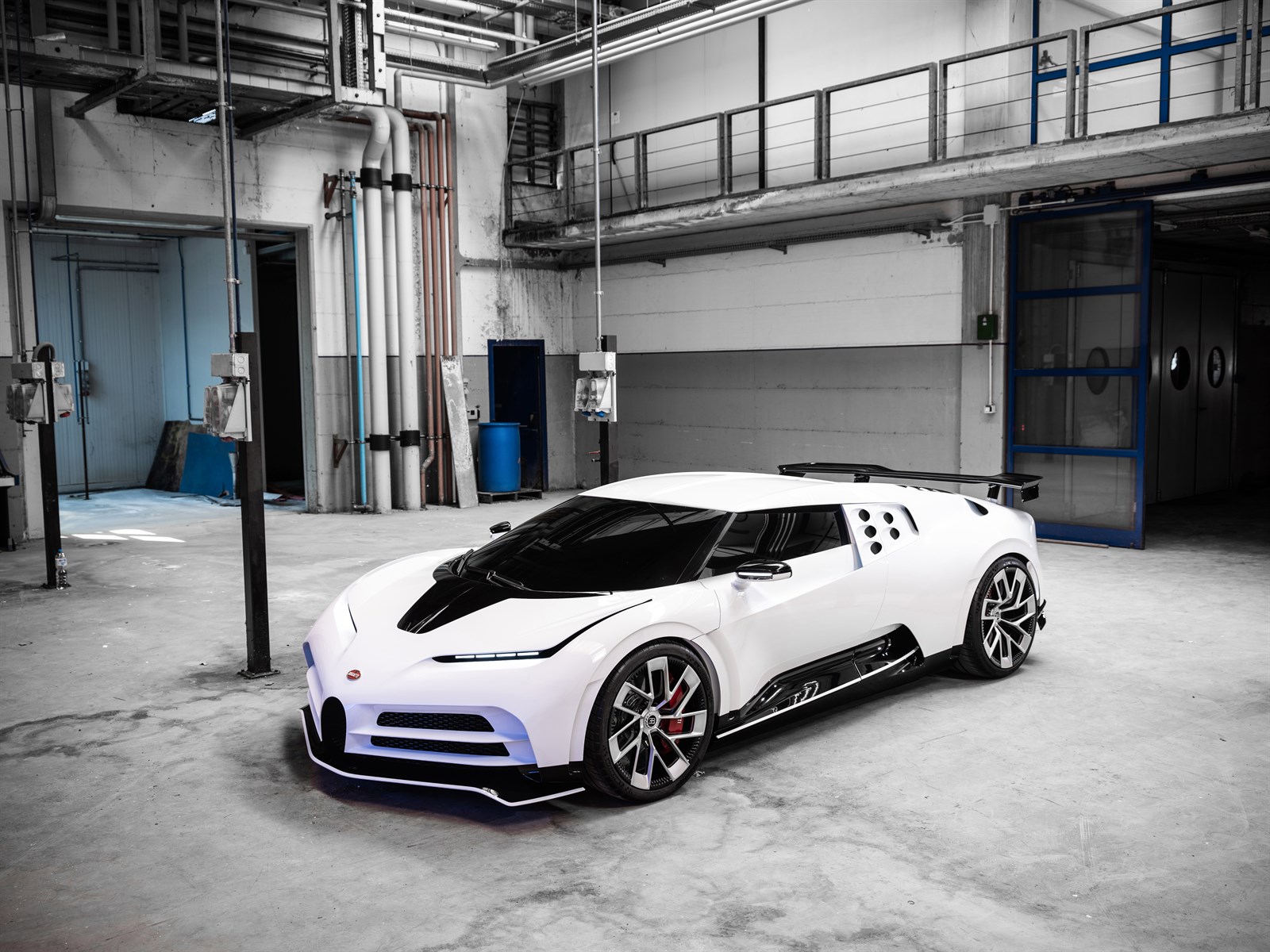 SW: You know, the first priority was to be able to finance the follow up to the Chiron –

SW: This is the first priority.

VN: Have you met it yet?

SW: I think that we are there.

SW: So, for the second model, we are working on it. But the first thing was to stabilize the company to have enough cash to finance the follow-up. And now, we have to concentrate on what could be a possible second model. As I said, it’s not for me to decide whether this is going to happen or not, but I think this is important for the brand, and also for the future, because if you’re only running on one face, then it’s not worth it.

SW: It was a tough journey to get there, to get the approval, it wasn’t easy. I’m not saying I’m not used to it.

From Lamborghini to Audi Sport and finally in charge of Bugatti

A behemoth like VW Group has its fiefdoms, and not every one agrees on the same strategy. With the Urus so controversial – and remaining so even today – I was curious as to how Winkelmann saw not only the modern Lamborghini SUV, but how other automakers in the group were operating during his almost fifteen years there.

VN: Were you a proponent of the Urus?

VN: I have a silly question. When you were there and you went to Audi Sport for two years, were you looking at Bugatti and going ‘I can do so much better!’ Was that ever in your thoughts at all?

SW: No, no, not at all. But then at a certain stage, Matthias Mueller [CEO of Volkswagen AG from September 2015 to April 2018] came and he said: ‘You know, I want Bugatti to be more than what it is today, and I’m looking at your past work, and I see that you have an expertise. So, would you do it?’ I said yes, I will do it. And then, unfortunately, he left four months later and now things are a bit different. But life is like this now, every day you have new challenges. 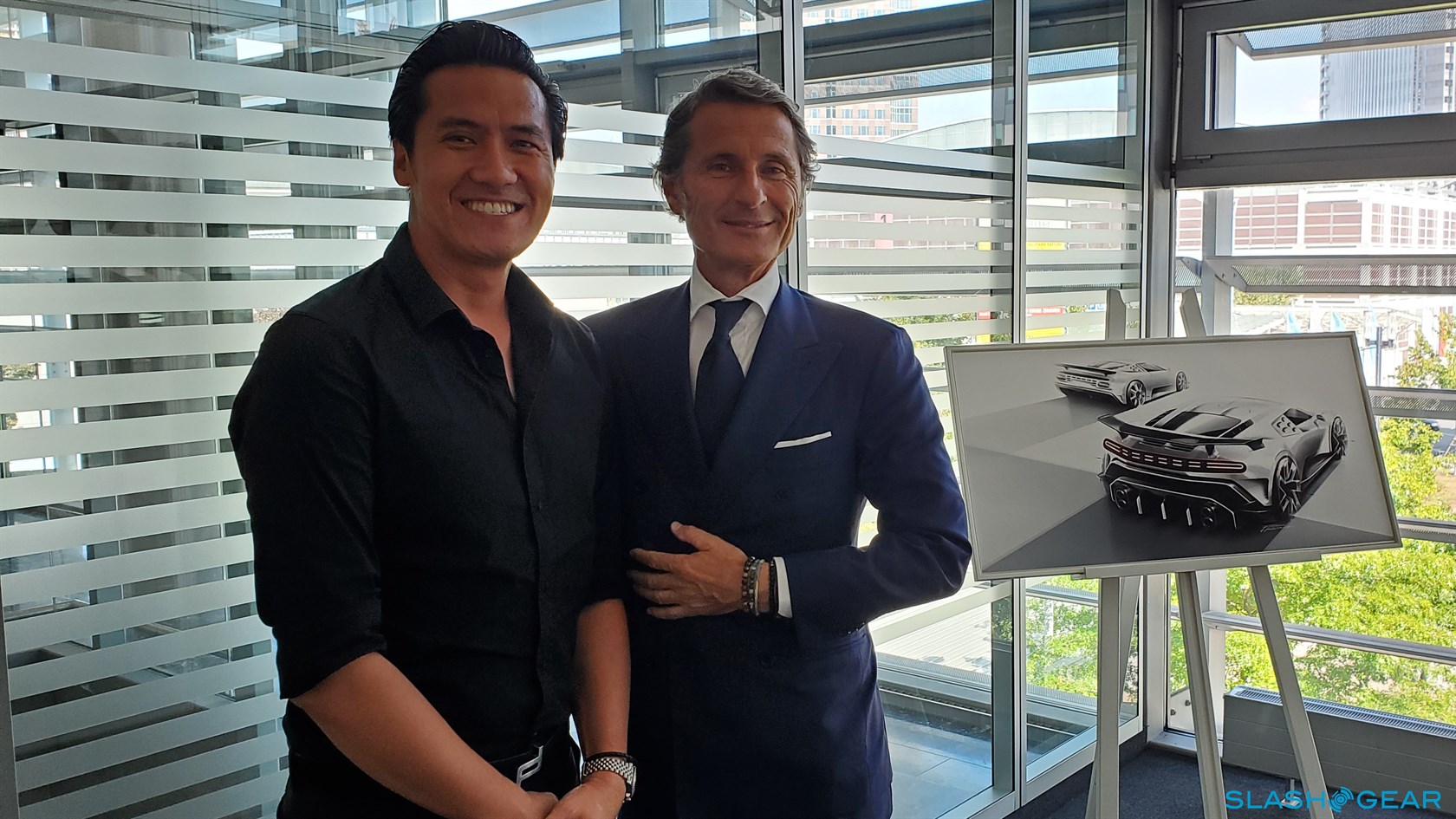 VN: So, let’s talk about scorecards really quick. First-year, we’re done. Did you feel like you’ve checked everything off? And more? And then five years from now, where do you go?

SW: Let’s talk about the first two years. I think with the first two years, we established a rhythm in the company and was able to put all the priorities on the table. We have to work on the products – I’m talking about the different versions of the Chiron – talking about brand image awareness, related businesses, these are the main focus to stabilize the company and to have a holistic approach. And I think more or less we’re getting there.

The next thing is to be credible for the follow up to the Chiron, try to get more money into our company and do it without falling on our nose. And five years from now, what I would dream is to model the company and establish Bugatti as the pinnacle of the automobile and automotive industry in general.