The Bentley Mulliner Bacalar GT is the first vehicle from the British carmaker’s Mulliner Coahbuilt portfolio. We first saw it in May 2020, and it’s the most exclusive Bentley with only 12 units destined for production. And now, Bacalar Car Zero has made an appearance and is starting its final stages of testing and development.

“The Bacalar is a thoroughly modern iteration of the coach-built Bentley’s of the past – extremely rare, entirely hand-crafted, totally bespoke to each customer, and exquisite in its details,” said Paul Williams, Director of Bentley Mulliner. “Very much like Blower Car Zero, Bacalar Car Zero is the crucial prototype that we’re using to sign-off the design, engineering, and craftsmanship of this ground-creaking part of Bentley Mulliner’s future.” 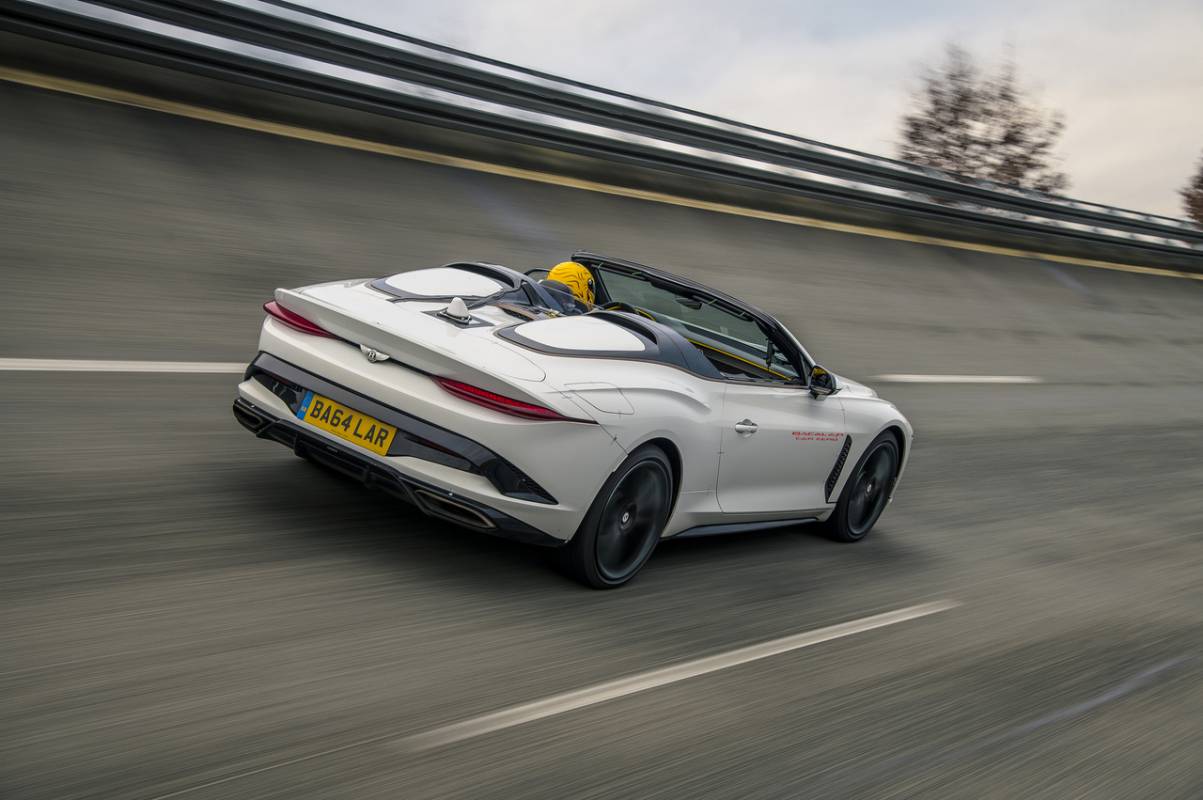 Each of the 12 Bacalars will be handcrafted in Bentley Mulliner’s HQ in Crewe, England. The car now has over 750 new parts, including 40 new carbon-fiber components and 100 parts created using rapid additive manufacturing techniques.

The Bentley Mulliner Bacalar may resemble the Continental GT Convertible from some angles, but it doesn’t share any Conti GT body panels. According to Bentley, only the door handles were inherited from the Conti GT and nothing else. Also, Bacalar has a 20mm wider rear track to accommodate larger 22-inch tri-finish wheels unique to Bacalar. 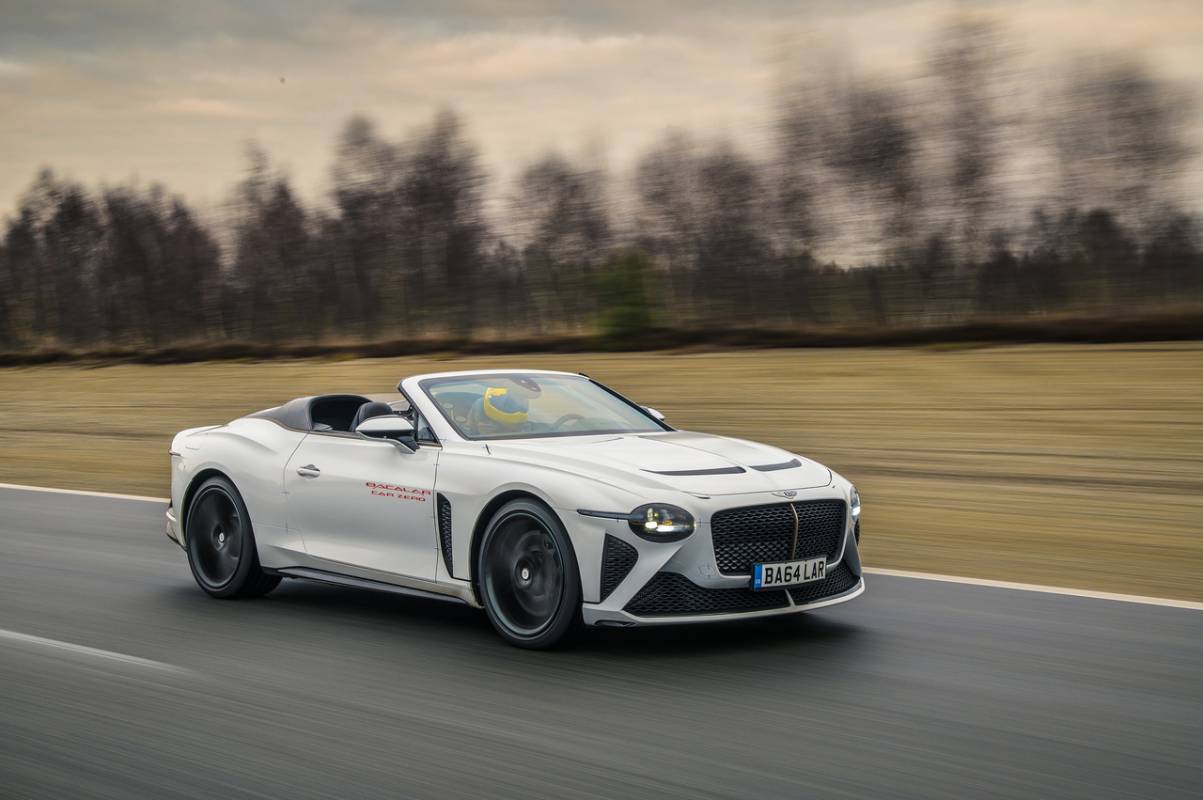 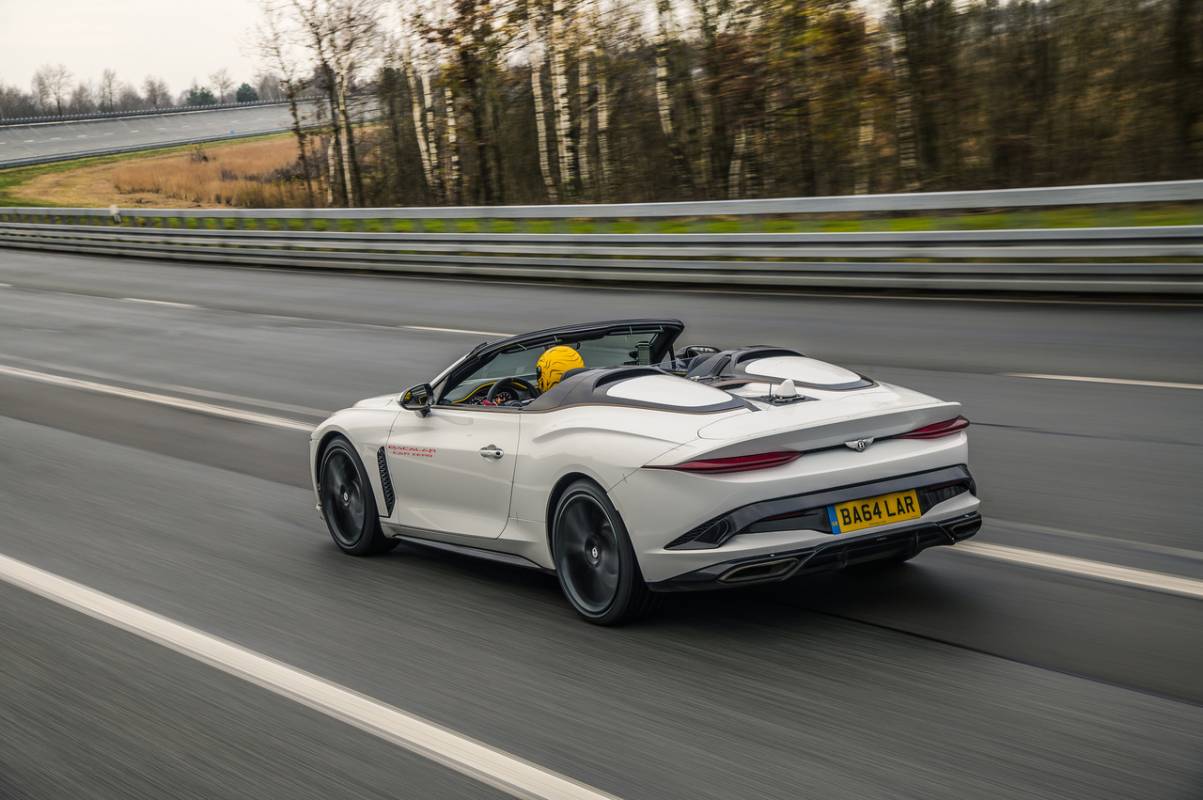 It not only looks fabulous, but it goes like stink, too. Bentley’s ultra-exclusive Bacalar grand tourer has a 6.0-liter W12 engine pumping out 650 horsepower and 667 pound-feet of torque. It also has air suspension and an active all-wheel-drive system. The engine is bolted to an 8-speed dual-clutch automatic gearbox.

Bacalar Car Zero will undergo a comprehensive suite of 45 validation tests in a rigid 20-week testing schedule (including Vmax runs above 200 mph) to hone the vehicle’s performance, comfort, and driving dynamics. Production of the 12 customer cars will begin in 2021, and all 12 examples were sold out since last year.