So yeah, the Bentley Mulliner Bacalar is a special car – and pricey, too. With base prices starting at $1.9-million, it’s a lot of moolah for a car with no roof and only two seats. But then again, only twelve will ever be made, and the exclusivity factor is probably worth every penny. Oh, and it’s already sold out as we speak.

“Regardless of your personal style, whether it be to spec your Bacalar with a bold Yellow Flame exterior paint synthesized with rice husk ash, or a more subtle Moss Green that reflects the car’s heritage, or to develop your own artisan piping, or co-create a unique fabric blend, the Bacalar gives you these opportunities,” said Maria Mulder, Head of Color and Trim at Bentley.

However, along came COVID-19 with its plethora of worrying symptoms and extended quarantines, forcing carmakers to temporarily halt production to contain spreading the dreaded coronavirus. With nothing left to do and with creative juices flowing through each member’s veins, the Bentley Design Team shifted its efforts to creating six renditions of the Mulliner Bacalar speedster.

“The six example specifications we have created each have their own personality and purpose, but what they share in common is that only Bacalar can reflect this level of personalization and attention to detail,” added Mulder. 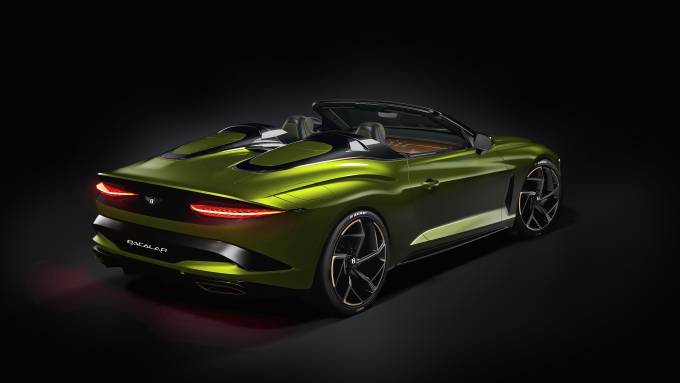 Exemplifying the colors and textures of the Brooklands racetrack where the first Bentleys competed for stardom, the Mulliner Bacalar Clerkenwell is the epitome of genuine British racing heritage. The Clerkenwell moniker was derived from the borough of Clerkenwell in Central London, home to a brilliant collection of the oldest architecture in the city. 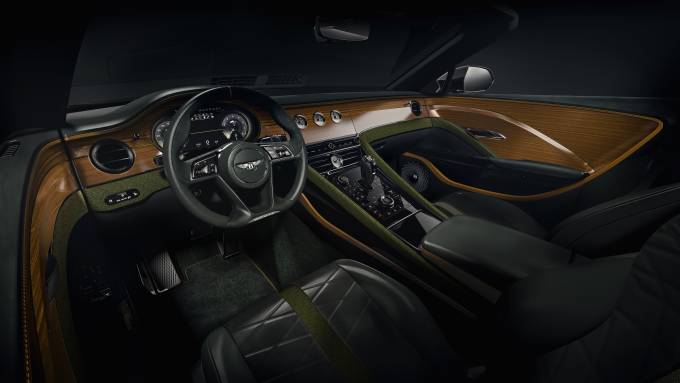 The Bentley Mulliner Bacalar Clerkenwell is finished in Moss Green paint. The interior is treated in Cumbrian Green and Golden Oak cowhide with saddle thread and Cheltenham Tweed stitching. The dashboard is flanked with Honey Larch wood veneers – the first in a modern Bentley. 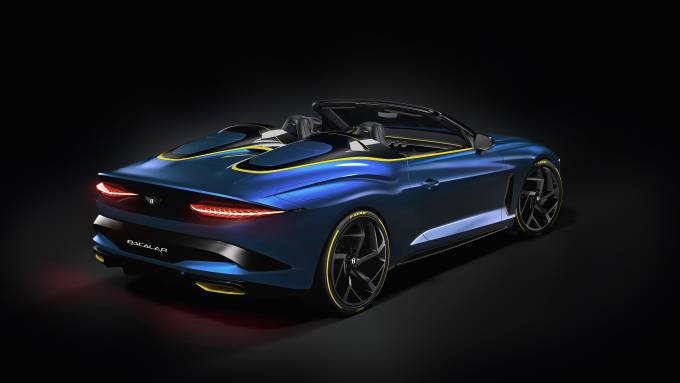 The Bacalar Menlo with its stylish Cobalt Blue paint is named after Menlo Park in Palo Alto, California – home of the greatest and most affluent tech companies and entrepreneurs of the modern era. The Menlo, according to Bentley, is all about pushing the boundaries in achieving greatness. 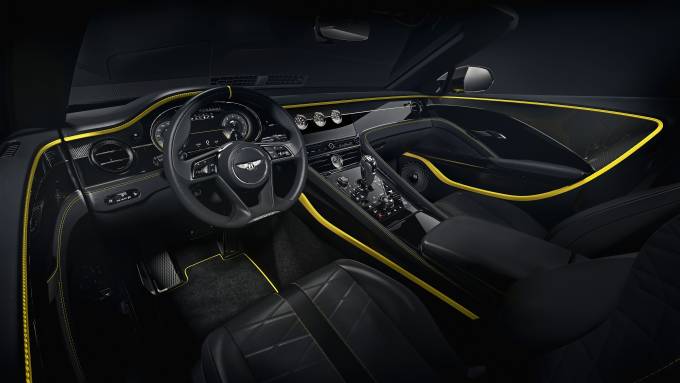 Providing a subtle contrast to the Bacalar Menlo’s cool blue paint job is Beluga hide with Cyber Yellow accents. Meanwhile, the interior is lined with Alcantara and piano black veneers to complete the cyber-modern look. 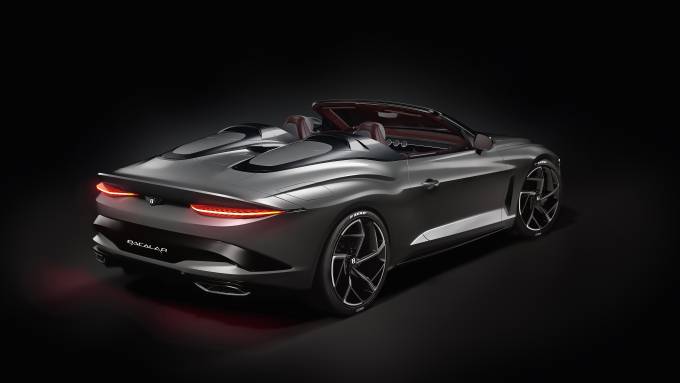 The Bentley Design Team is saluting to the past with the Mulliner Bacalar Greenwich. In this rendition, Bentley is fusing minimalism with bespoke tailoring inspired by the English countryside. Finished in New Gray paint, Greenwich is the most ‘British’ of all the Mulliner Bacalars in this list. 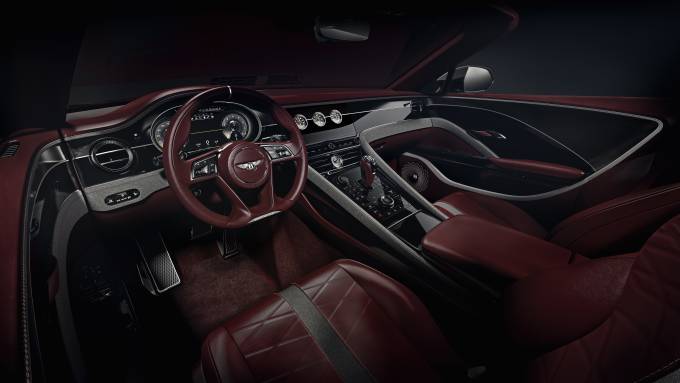 The seats are covered in Cricket Ball cowhide with Gray Tweed accents. Representing the new and the old are open-pore and high-gloss Riverwood veneers. Meanwhile, elements of matte black accents and contrasting Camel brown threads are found throughout the cabin. 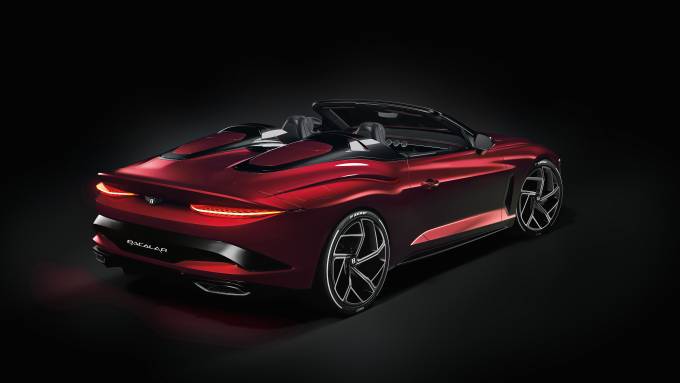 Inspired by the Fulton River District in downtown Chicago, the Mulliner Bacalar Fulton is bold, elegant, and striking at the same time. Blessed with a redolent Lacquer Red paint finish, the Bacalar Fulton is perfect for the keen-eyed buyer who appreciates extraordinary attention to detail. 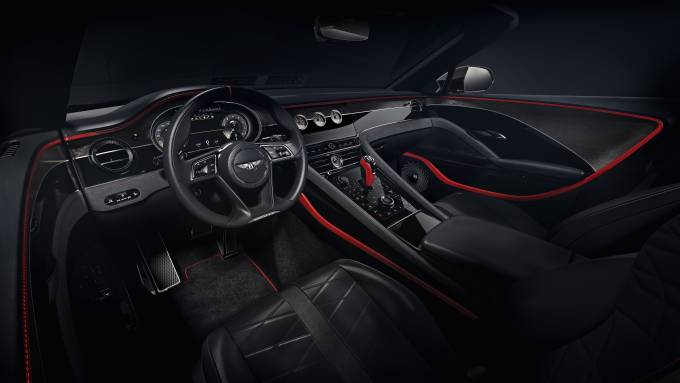 The interior has 5,000-year-old Open Pore Riverwood with contrasting Piano Black veneers. The upholstery is covered in perforated Mulliner Beluga hide with Hotspur accents. The theme is finished by Beluga Alcantara textiles and Gloss Black accents to complete the esoteric vibe. 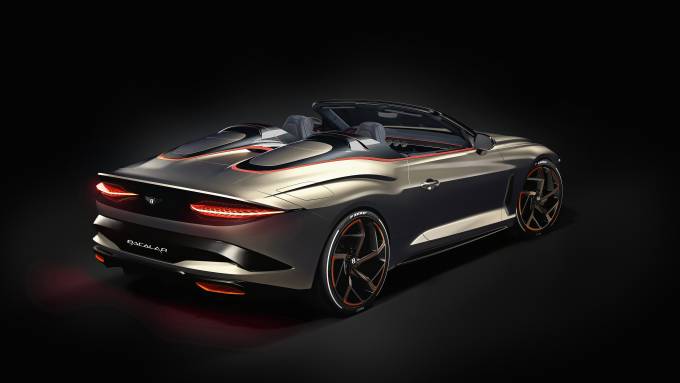 The Brickwell financial district in Miami is highlighted by soaring architecture and luxurious apartments. The place is also home to fine art galleries and expensive boutique shops. Making a courageous statement with its Atom Silver paint, the Bentley Mulliner Bacalar Brickwell exudes confidence. 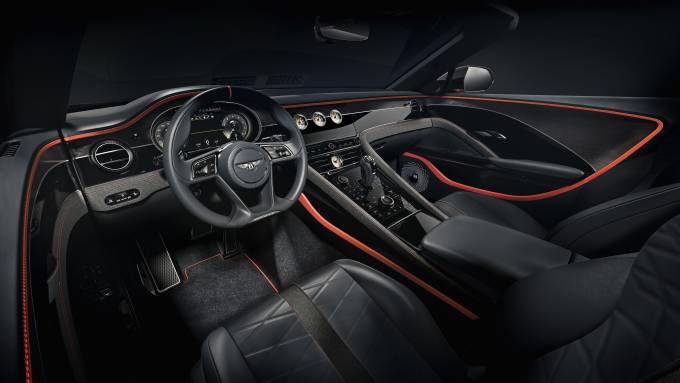 The interior is highlighted in orange Hyperactive accents while the seats are covered in exquisite Brunel hide. Flanking the cabin are Open Pore Riverwood and Piano Black veneers along with Gray Tweed textiles to complete the classy vibe. 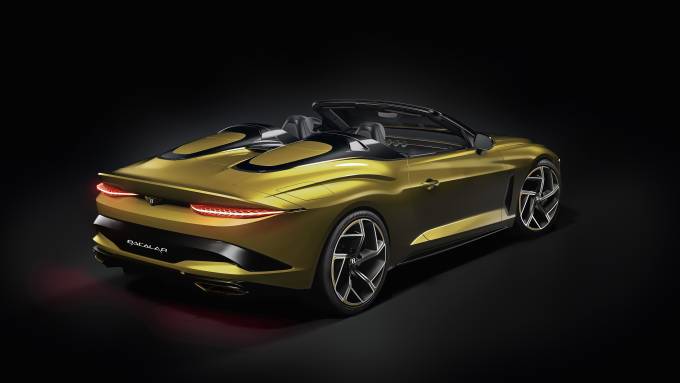 The Bacalar Randwick is the chosen one. And by this we mean it’s the official demonstration car of the Bentley Mulliner Bacalar. This version is hard to forget with its Yellow Flame paint job and Gloss Black accents.

Bacalar Randwick is named after the Randwick suburb in Sydney, Australia. Complimenting the yellow exterior finish are Beluga hides, Gray Tweed textiles, and bright Khamun accents for the interior. And for the first time ever in a Bentley, Bacalar Randwick has Dark Bronze brightware. 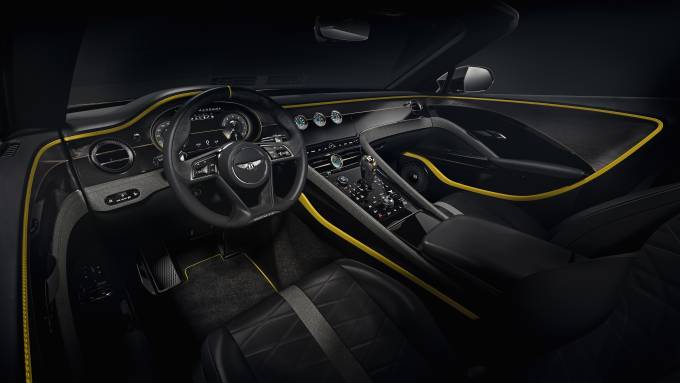 The Bentley Mulliner Bacalar speedster is powered by a tuned version of the 6.0-liter turbocharged W12 motor in the Conti GT producing upwards of 650 horsepower. And since the Mulliner Bacalar is 220 pounds lighter than a regular Continental GT, it has the legs to reach 60 mph in 3.5-seconds.