Beats has launched its first – and smallest – true-wireless earbuds yet, and the Beats Studio Buds give Apple’s AirPods Pro and Sony’s WF-1000XM4 some active noise cancelling competition. Designed to work just as well with Android devices as they do those running iOS, the Studio Buds also support Apple Music’s Dolby Atmos-powered spatial music. 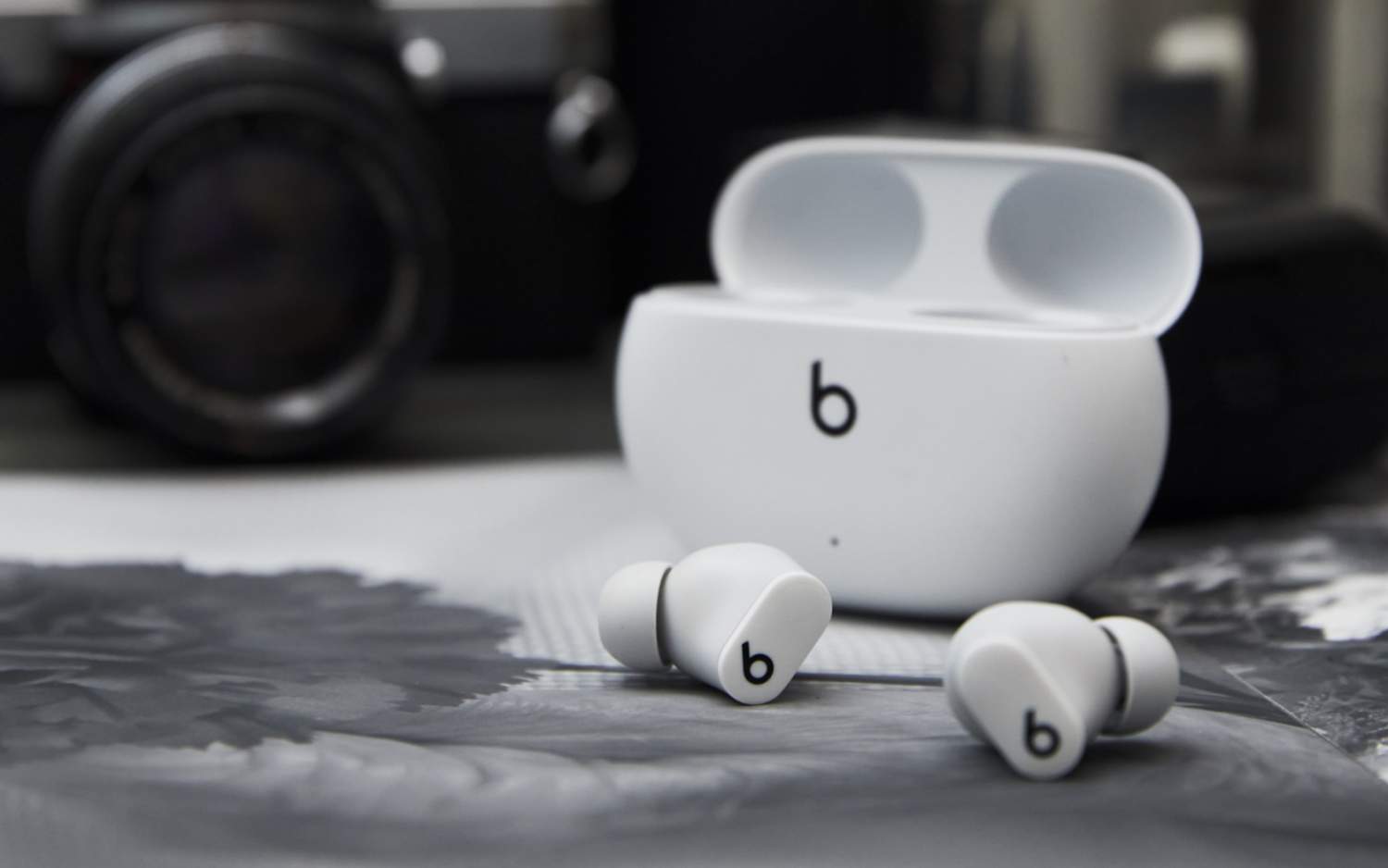 There’s Find My iOS support and Find My Device Android support, along with Class 1 Bluetooth for extended range. The earbuds themselves are 25- to 50-percent smaller by weigh than their main rivals, too, Beats claims, and up to a whopping 80-percent smaller by volume. Each earbud is just over 5 grams.

Despite the size, they still squeeze in a lot. The earbuds themselves are IPX4 sweat and water-resistant, and have a custom 8.2mm driver with a two chamber acoustic design and a two-piece diaphragm that was specially made for ANC. All-new silicone ear-tips are included in new small, medium, and large sizes, and which Beats claims were designed after analyzing thousands of different ear shapes. 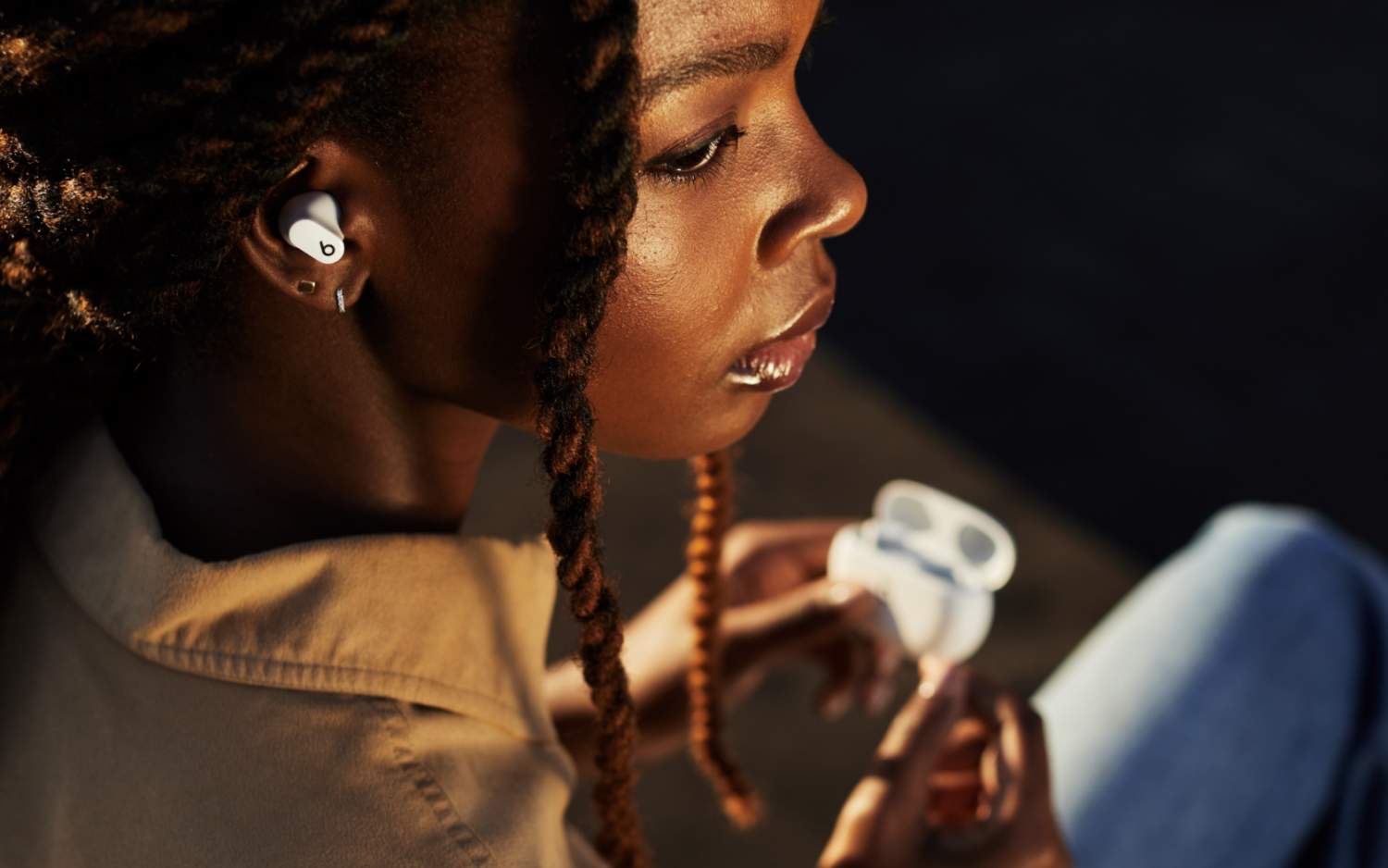 As for the active noise cancellation, that’s of Beats’ own design, too, rather than the system Apple developed for its AirPods Pro. There’s a Transparency mode as well, with real-time adaptive gain control to allow through some environmental noise or conversation. Beats puts dual beam-forming microphones on each side.

You can switch between the two with a long-press on the “b” button on each earbud. That also works to answer and end calls, and handle music playback. It’s a physical button, with Beats saying that it wanted the confidence and reliability of that rather than a capacitive control. 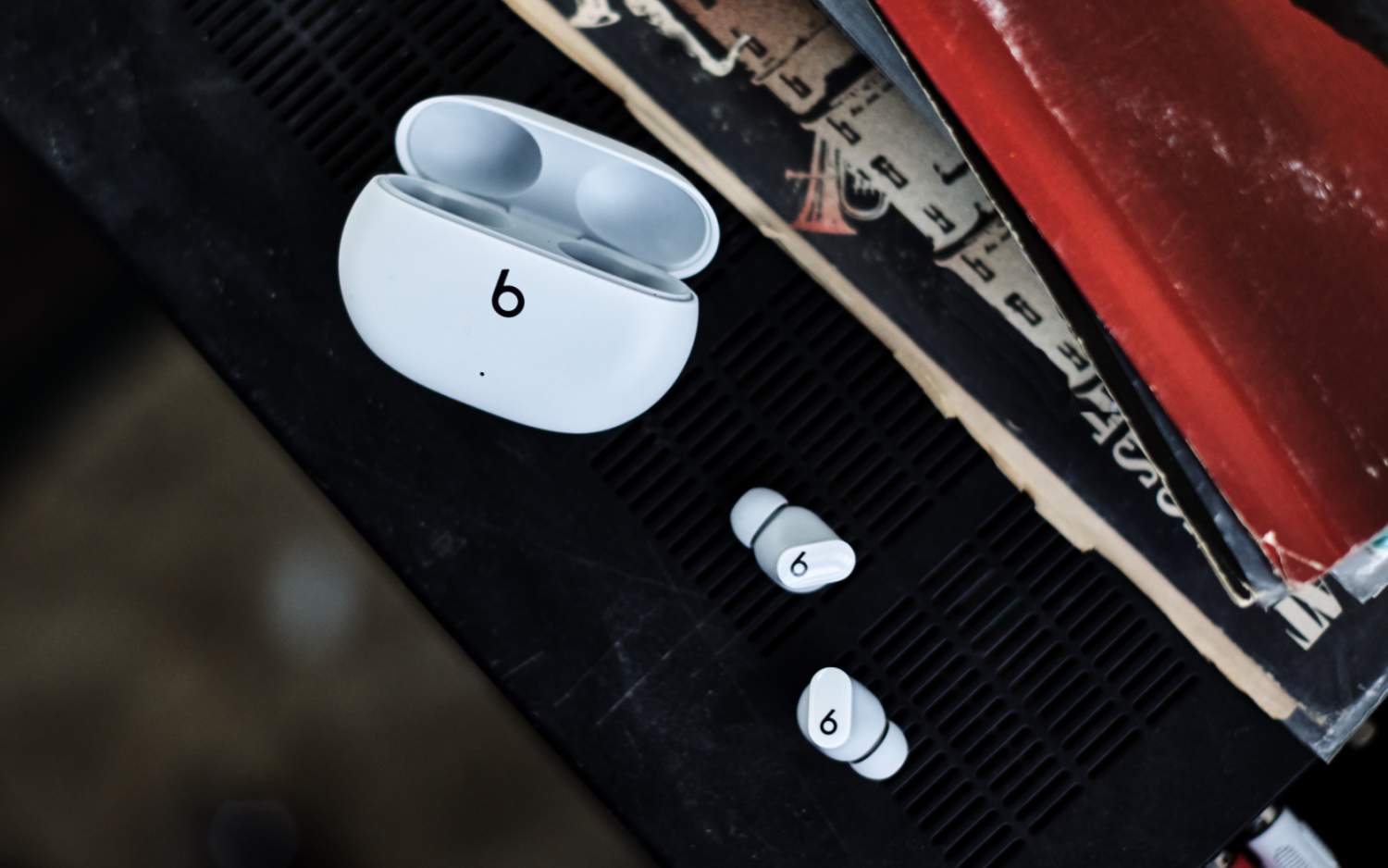 Out of the box, both earbuds default to the same button shortcuts; the button on each can be remapped, however. With iPhone, there’s “Hey Siri” voice triggering for Apple’s assistant, but if you’re an Android user you might want to remap one of the long-press shortcuts to trigger the Google Assistant instead, as there’s no wake word support for that. Beats says it’s looking at what features could be added later to add further parity there; similarly absent right now is aptX profile support, with the Studio Buds using AAC.

Customizations are managed in the iOS settings, or through the Beats app for Android. The latter is also where Android users will find firmware updates and battery status.

As for battery life, with ANC on you’re looking at 5 hours of music playback from the earbuds’ batteries, and then two full charges from the case for a total of 15 hours. Switch ANC off, and you can expect 8 hours of listening, and up to 24 hours total. Five minutes of charging in the case is good for an hour of ANC-off playback, using Beats’ Fast Fuel system. 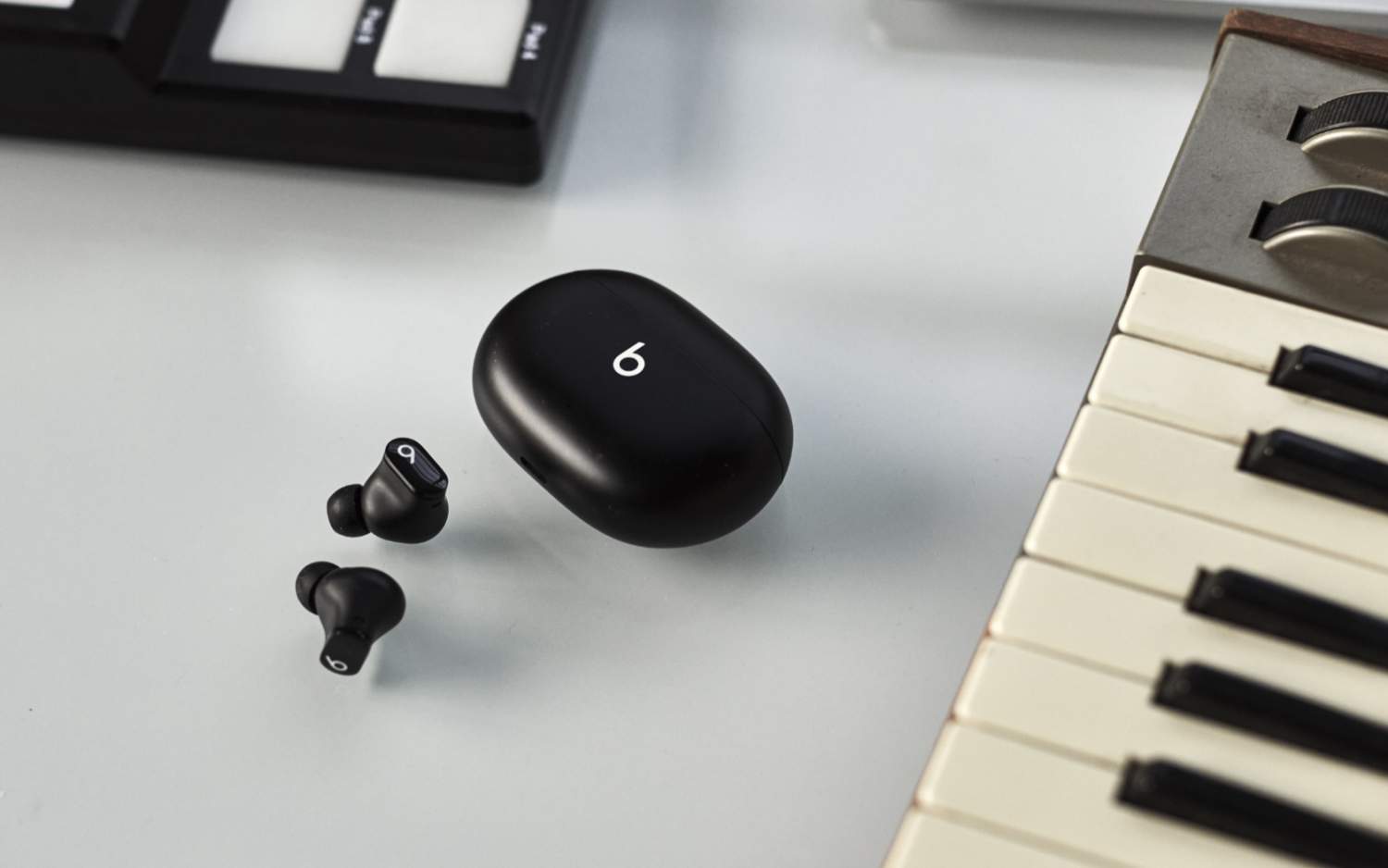 The case itself charges via USB-C, though there’s no wireless charging option as AirPods Pro support. Also missing is in-ear detection to automatically pause music when you pull an earbud out, and resume it when you put it back in. Beats says the sensor that would require would simply take up too much space.

Size is, of course, one big advantage over previous Beats earbuds. 2019’s Powerbeats Pro will remain on-sale alongside the Studio Buds – their ear-hook design makes them more suited to sports use – but while the earbuds themselves are smaller, it’s the Studio Buds’ charging case that has shrunk down considerably, and which makes the whole thing far more pocket-friendly.

The Beats Studio Buds go on sale today, priced at $149.99. They’re available in black, white, and Beats red, and will ship from June 24.